Project Lincoln: Re-inventing the BatPod, The Very First One from India

Project Lincoln: Re-inventing the BatPod, The Very First One from India 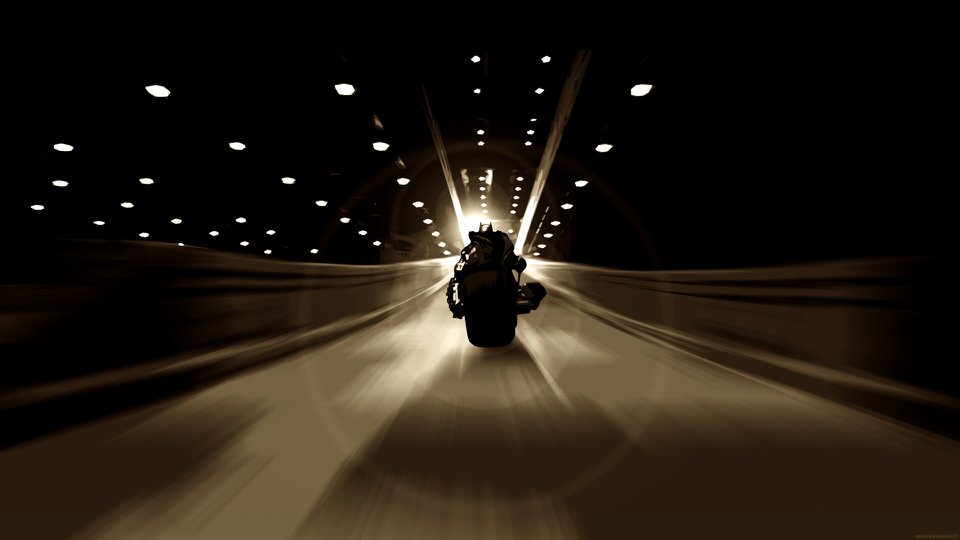 It was the BatPod which gave the audience of the Dark Knight series a striking gush of awe. The guys behind Project Lincoln got smitten by it too. And their ardent crazy gave them their first move to make a difference: Project Lincoln.

They happened to become the only five in the world and first in India to take up the venture of building the Batpod and to take craziness to the next level! Batpod is a vehicle hard to be defined as a bike, featured in the Dark Knight movie as Batman’s ride and escape pod from the Tumbler i.e. the Batmobile.

So, how did it all start?

It all started from the broken leftovers of failure.

Why do we fall Bruce? So we can learn to pick ourselves up!

The official project start date was 21st April 2011. The first team had just 3 of us – Rahul Gajbhiye, Ankit Kumar and Abhijeet Khandagale.

I happened to rebuild the Batpod on my own, only to become one of the mere 5 people round the globe to do so.  Yes, also the first one in my country to dare this feat.

Failure, it has been a driving force for me all the time. It can make you or break you. You wouldn’t believe, I failed in my academics. I was out of college for six months. It was then that I initiated my startup, Albedo Informatics. To start with, I gave lectures on Presentation Skills; that was something I was good at! Later, I began working on this project.

“I’ve build a lot of things in the past. All were prototypes. This was the first full-scale project in my mind. I had 6 months ahead of me, with nothing to look up to. I did start on the project just because I could do it! That’s the best thing to know guys. I didn’t start this project for money or fame, but then, it’s coming back to me. Later, for almost a year nothing happened” says Abhijeet.

The project got a new breath of life when in 2012, Ankit began with the designs. Abhijeet, then in his final year, took the project as his academic project. He involved 10 other people in the project and titled Light Combat Vehicle, with an outlook to gear up an ‘engineered’ bike.”

Then came the part for reinventing. Ankit, now placed in California and Zina, from Tunisia in the Middle East, brainstormed to build a Batpod right from the Dark Knight. They started procuring parts, got in touch with several people through social networks and personal networks.

Initially, they started out with a scooter engine for the Batpod. But then came in the Bajaj Pulsar 220FI. They got support from Arun Bajaj, Nagpur. The work happened there to a blacksmith on some corner of Kamptee road. And then the tough got going. Help rushed in from all directions, locally and internationally. Sharif Engineering Works helped them in the local fabrication process and Chopper City USA – Dave Welsh, professed the steering mechanism to the team. They build the first road legal Batpod in the world.

Biggest challenge in the project was to steer this thing. But, as they say, to achieve the best is to confront the hardest. They spent hours with professors, online reviewing steering mechanisms, went to Grace Toyota to see the mechanism closely, bend down every big vehicle and see its steering mechanism. 25+ options later – from bikes to F1 cars – and then baby saw its first light! They reinvented it.

“The project till date has cost me close to INR 100,000. Out of this, about 40K was raised in the form of college project fund from my college mates. Rest was my personal investment wherein I pooled in all my savings and whatever I earned from working. My family also helped me monetarily to make this dream come true. Thus, the Project Lincoln – Azrael came into being; to the state that it is now in” affirms Abhijeet.

Like all other startups, Project Lincoln also claims of certain shortcomings; running a startup, funding this huge project and surviving is a big deal.

A little help to that? Yes! We recently launched a crowd funding campaign with the help of mYwindow (mywindow.me) and it would be great if you could support the project by donating or sharing the word. Head over to www.projectlincoln.co

What can you take back from this story?

Don’t be afraid of failure. Try. Try. Try. Keep making mistakes and learning from them. And when you fail, remember the quote earlier. Stand back up! Learn to pick yourself up. And always remember, Anyone can be Batman!