After Unicorn Milestone, Postman Looks To Redefine Its Product Roadmap For Matured Markets

After Unicorn Milestone, Postman Looks To Redefine Its Product Roadmap For Matured Markets 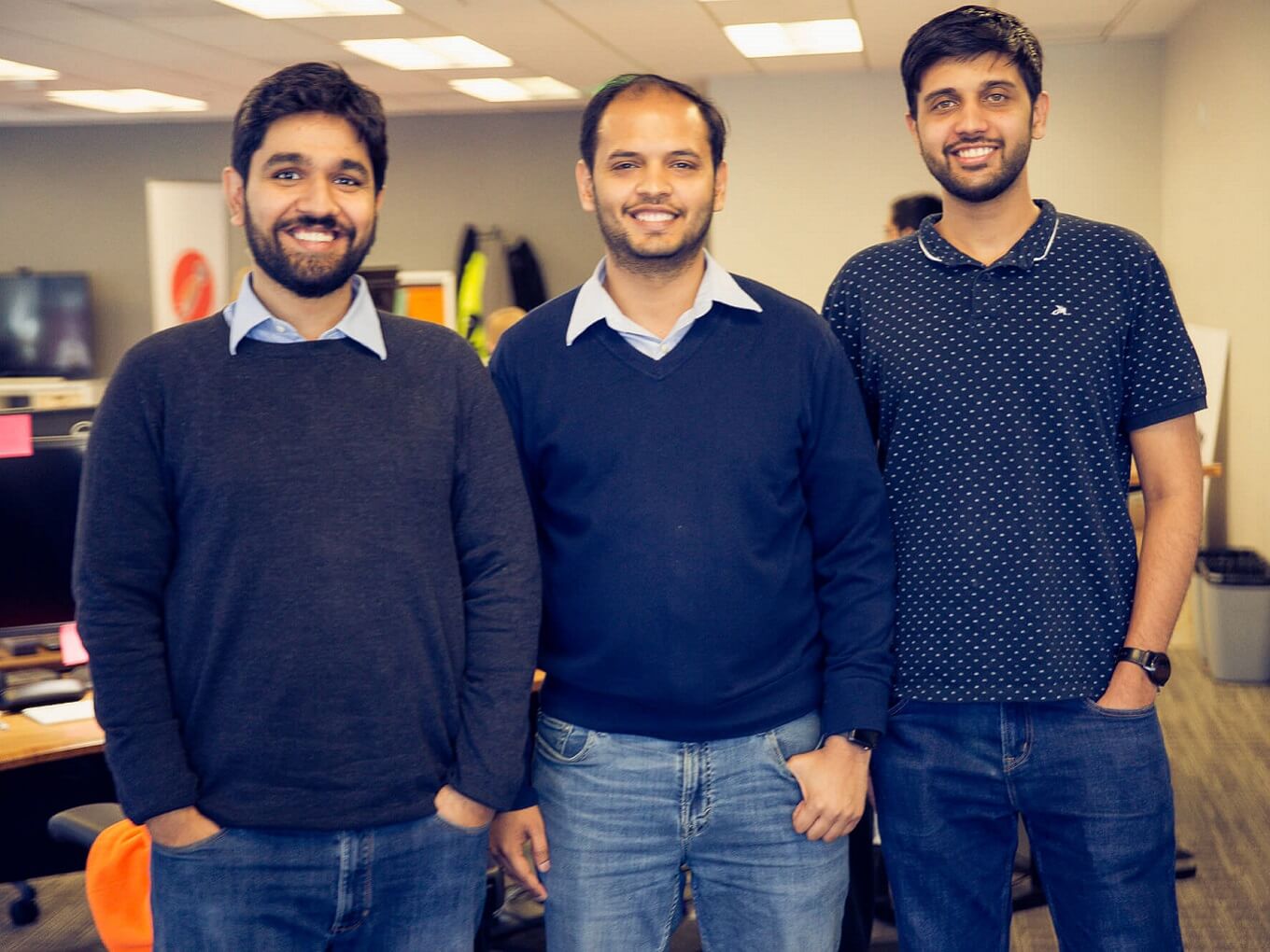 While Postman became a rage among the developer community, the startup kept a low profile in the wider ecosystem until the breakout moment in June 2020 — when a Series C funding of $150 Mn by Nexus and Insight Partners propelled it to the unicorn club

For any tech startup, acknowledging and acting upon millions of customer feedback is as difficult as it is central to its success. This is all the more hard for Postman as it claims that 11 million of the world’s estimated 13 million developers use its platform

The focus on making collaboration of software development is one of the startup’s claims to fame — this is what differentiates Postman from its peers such as Smartbear, Katalon Studio, MuleSoft

“Roads have always existed, but we put traffic lights when many cars appeared. Similarly, the sheer demand for creating more and more APIs required the development of new kinds of tools to help you handle that complexity,” said Abhinav Asthana, CEO and cofounder of Postman.

Though APIs or application programming interfaces have existed from the time of the very first websites, they didn’t see a boom until the early 2010s when online platforms started creating multi-channel experiences — so that users could seamlessly transition between them. APIs allowed applications to talk to each other, which revolutionised how consumer and enterprise applications worked.

It was 2012 and Asthana was working at his first startup called TeleportMe when he realised that collaborating on API integrations was a huge problem. Asthana decided to build an API client for himself that would ease some processes such as testing and debugging. He simply uploaded the code to GitHub to help out other developers who might need a similar tool.

Then, on a break from TeleportMe, Asthana met up with his Yahoo colleague Ankit Sobti and BITS peer Abhijit Kane in 2013. That was when Google contacted the developer and said it wanted to feature Postman on the Chrome Web Store, as one of the 20 apps on the platform.

Even before incorporating a company, there was enough chatter in the developer community around Postman, which caught the attention of Nexus Venture Partners. The VC approached the trio with a Series A cheque of $7 Mn in 2016. “The folks (at Nexus) reached out saying ‘hey, here’s a cheque and you guys should start formally as a company. So we started,” Asthana told Inc42.

While Postman became a rage among the developer community in the next few years, the startup kept a low profile in the wider ecosystem until the breakout moment in June 2020 — when a Series C funding round of $150 Mn by Nexus and Insight Partners propelled it to the unicorn club. Prior to that, it had snagged a Series B round of $50 Mn led by CRV, with participation from Nexus Venture Partners in 2019.

What were the reasons behind this blockbuster valuation for the company?

There are two parts to this — first being a suite of product offerings that transcends the entire API lifecycle including API development, testing for bugs and monitoring the online channels where the code is implemented. 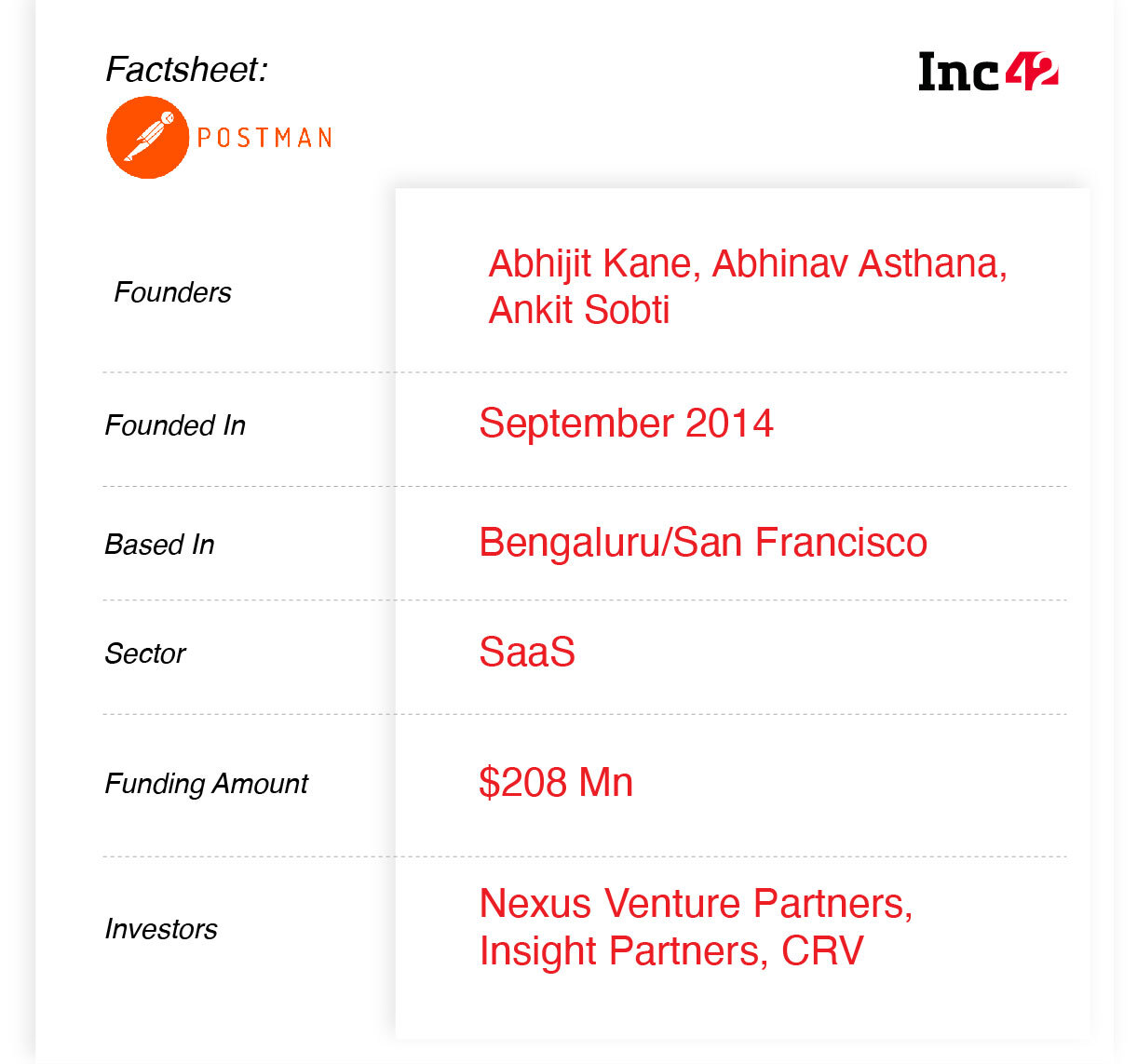 How Postman Stayed Ahead Of The Curve

The focus on easing collaboration in software development is one of Postman’s claims to fame — this is what differentiates the company from peers such as Smartbear, Katalon Studio, MuleSoft. Asthana said that in comparison to its rivals, Postman makes bug fixes at 4x faster on average.

In the pre-Postman world, developers would send API codes through chat messages and email clients which would be more time consuming due to a lot of to and fro from the bug-fix POV.  To solve this problem, API documentation was the first layer of Postman’s product suite built on the concept of a shared workspace. On top of this, it added several tools for automated testing of APIs which help reduce manual debugging to a large extent.

“Once those tests are written, and they are running in your development pipeline, the chance of a bug happening again is lower, and identifying new bugs is faster, because you’re more and more aware of how your system is operating,” explained the founder.

The third major piece of the Postman suite comprises API monitoring tools — a lot of times there’s a communication breakdown between two pieces of software on a website or app which the startup helps track on a periodic basis such as every 15 minutes or one hour, as per the client’s needs. 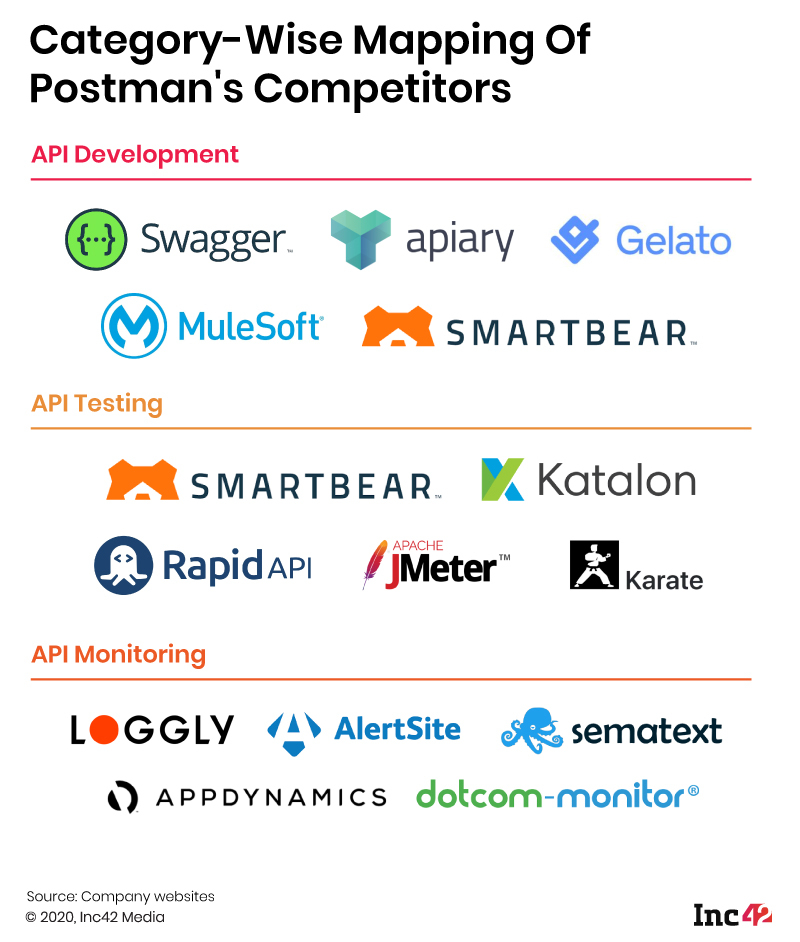 Moving To The Heart Of The Tech World

However, creating a superior product suite is not enough to succeed in the tech world as software is something that can be cloned and created anew given the right resources — which is one reason why startups are disruptors.

In the early days of Postman, Asthana would make periodic visits to the US to understand the best practices in the industry and the problems that top engineering teams in the world were facing. But by 2017, the startup had become sufficiently caught on with the developer community in the US and the CEO felt that to build a category leading product, he would have to tune into feedback coming from Silicon Valley.

That’s when he decided to move to San Francisco, where some of the biggest tech companies of the world reside. “People in the Bay Area or people in tech hubs value efficiency and productivity. Prices aren’t much of a factor for them. They want to do great work and they want to do it faster,” said Asthana.

This turned out to be a game changing decision on the revenue front — the company clocked revenues of $40 Mn in 2019, according to an ET report while The Ken pegged its annual recurring revenue from product subscriptions at $30-40 Mn.

But a look at the financials of Postman’s Indian entity on Tofler reveals operating revenues of INR 15.44 Cr in FY19 and INR 8.86 Cr in FY18 which means the lion’s share of the company’s revenue base is accounted for by its US entity.

Of course, product iterations and go-to-market would be much faster at the centre of the tech startup world — but the more crucial factor would be proximity to the best funded cohort of tech companies. A 2018 study of GitHub users by Ben Frederickson, an Nvidia engineer, showed that the San Francisco Bay Area alone accounted for more than 68,800 developers among the US’ 651,000.

This large pool of tech enterprises wasn’t something Postman could have ignored given that its basic tools can be availed for free by individual developers.

“Individual developers do pay us and I think there is definitely a market there… But directly targeting it like it used to be for Mac apps or Windows apps would mean a much smaller market. Developers typically would choose something that is available for free more likely,” said Asthana.

Not Taking Eyes Off The Gig Economy

Since Postman’s suite of products hinges on making collaboration between developers easier, one major threat to its business model could be the movement of the software world towards a gig economy, a shift that the Covid pandemic is accelerating, according to a Mint report.

However, the Postman CEO believes that whether developers are working as consultants in the gig economy or in formal employment, companies would still continue to standardise on one tool and eventually procure it. He gives the example of how Salesforce has expanded its use-cases for this category of companies.

Adoption of a product like Postman happens largely through recommendations from developers, unlike other SaaS products where marketing also plays a big role. For this reason, Postman’s strategy has been to extend free customer support which is a feature many SaaS companies monetise as an add-on service. Apart from that, the API platform’s VC dollars have also gone into setting up a globally distributed support team and a developer relations team.

“Developers are vocal people. If a product has an issue they like to talk about it. What we noticed was that if we were responsive, people actually came back with even more confidence in the product,” said Asthana.

Automation And India To Be Key Growth Levers

Given that most developers in the world are already using Postman’s platform, the only way for the startup to keep growing is to expand its use cases and iterate on top of the existing product. For this reason, the startup which started with just one API protocol called REST, has now expanded into others such as GraphQL, SOAP and is seeing demand for more categories.

This would, however, still be just scratching the surface of what APIs would be doing in the next few years— according to research firm Gartner, more than 65% of global infrastructure service providers’ revenue will be generated through services enabled by APIs by 2023, up from 15% in 2018.

According to a Postman blog post, as the use of APIs expands further outside the scope of developers, solutions like integrated-platform-as-a-service (IPaaS) will provide the next growth vector. The push towards coding automation is something that’s also catching up in India even as the country is growing at a breakneck speed in terms of developers.

Moreover, interest in APIs has caught up in the country as technologies like UPI are disrupting businesses and startups are leveraging these to build new business models. “Traditionally, the Indian market has been extremely cost-conscious, and customers evaluate products based on price more than any other metric,” said Asthana.

Customers are also used to longer sales processes and expect a much higher level of support in getting started after they have bought a product. However, that’s changing as the country is projected to become the largest developer population center in the world in the next few years and is already among the top 10 demographics for Postman by number of customers.

“APIs are becoming more visible to people. Typically, public API’s were not that prevalent in India… Users (in India) are interested in automation of capabilities like debugging, testing — a lot of work that traditionally was manual”, Asthana added.

This article was updated to include details of Postman’s Series B funding.