Pocket Aces Pockets $3 Mn From Sequoia, Aarin, 3one4, Others – Aims To Produce 500 Short-Form Videos In The Next Year

Pocket Aces Pockets $3 Mn From Sequoia, Aarin, 3one4, Others – Aims To Produce 500 Short-Form Videos In The Next Year 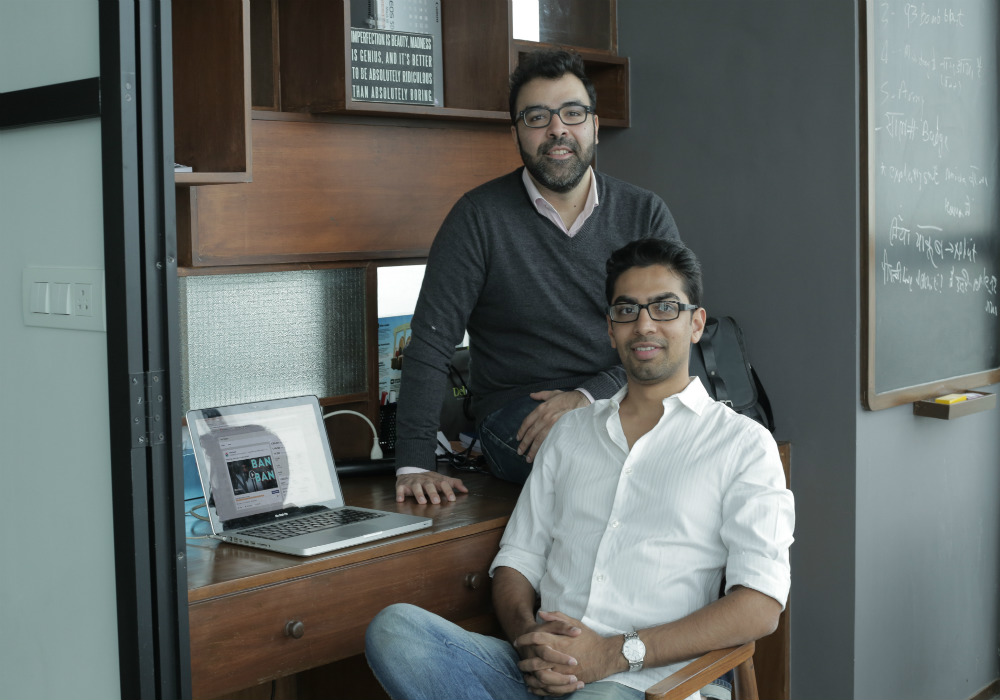 [Note: This article is part of The Junction Series. We will be covering the Media & Entertainment sector in detail at The Junction 2017 in Jaipur. Learn more about The Junction here!]

From college roommates to investment bankers and later co-founders of a digital media company, Anirudh Pandita and Ashwin Suresh have charted an unconventional path towards testing their mettle in India’s evolving digital entertainment sector. The duo is working towards filling the gap between the mainstream content available on TV right now and the content the Internet generation of the country likes to watch.

The Mumbai-based company has recently concluded the final episode of their very famous web series that focussed on millennial relationships, titled Little Things. 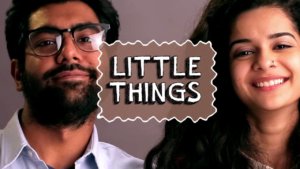 Ashwin, co-founder of Pocket Aces, a digital media company that focusses on producing high-quality, original content for the web said, “I happened to move to Union Square in a building which shared a wall with the New York Film Academy. I thought this is providence — I had always been interested in media and entertainment. So I started going to evening classes at the academy, made a short film, produced a bunch of stuff for other people, worked as a technician — the whole film-school gamut. I realised soon that I wasn’t suited to be a director. I had more of a business understanding; I had an ability to understand content, but I couldn’t create as well as I would’ve liked to.”

Ashwin said, “We started Pocket Aces in 2013 with the idea of getting into films, and even bought the rights to some, but soon realised the film industry was low-innovation and had too many entrenched players, we wanted to do something more disruptive,” outlining the reason behind the company’s shift to digital in early 2015. 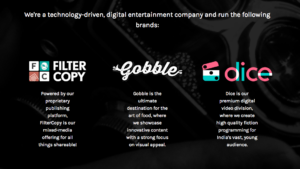 It uses proprietary technology tools and data analytics to create and analyse content, understand audiences, and optimise distribution and marketing spends. Some of its most popular videos include Confusing Things Girlfriends Say, Every Patient Ever, Things Brothers & Sisters Do, Ban-Ban, and Little Things.

On following a non-hierarchical mode of producing content, Ashwin said, “What is still in practice at most creative houses is ‘The Hippo effect’ — the highest paid person’s opinion. ‘I am the CEO or owner of the company, so what I say goes. Nothing else.’ In reality, this can only lead to a lack of innovation. Here, a creative team sits on it. One of the guys put it well in a recent offsite we had: the minute I write a script, it’s my script. But the moment I enter the office and put it on the table, it belongs to everyone and what emerges from there is not mine anymore. He said it in a good way. You see, people come with their own sets of basics and principles. The moment we’re making a FilterCopy video, they know the rules that we apply to such content. We know the audiences who react. And everyone applies their principles there. This can only happen if the journey has been taken together.”

When asked about its mobile-first content strategy, Ashwin said, “We discovered along the way, that a lot of people were also consuming content on their cellphones. They were discovering content on social platforms; Youtube was actually starting to decline. People now went there only for specific content. So first, we also needed to have short-form content, because people consume on the go in the car and trains. So we started Dice Media for this in mid-2015, and made our first series, a mockumentary comedy called ‘Not Fit’. We did some sketches too — Ban Ban, a timely satire that tapped into public sentiment because of some bizarre new ban rule the government had passed. We released it on Facebook, and it flew. It had 1Mn page views in four days. It just happened on its own, without us putting any money into it.”

The founders claim to have a weekly reach of over 20 Mn viewers. The company’s brands – FilterCopy, Dice Media, and Gobble have also reportedly completed over 180 Mn organic video views on the back of heavy social sharing and high-retention rates. Also, the FilterCopy website is clocking more than 3 Mn page-views each month, according to Ashwin.

Ashwin added, “With increasing mobile internet penetration, attention minutes have moved to social media and messaging platforms. The emergence of these platforms has ushered in a new media ecosystem globally. As a team of first-principles thinkers who believe in iterative, data-led experimentation, Pocket Aces aims to be a leader in this new ecosystem. We are laying the foundation for the nascent digital entertainment industry in India and look up to companies like Pixar as benchmarks for creative innovation.”

The company’s revenue model is currently centered around native advertising by brands, and it counts clients such as Penguin Random House, Marico’s Saffola, Godrej’s Cinthol, FreeCharge, Tinder, Swiggy, VelvetCase.com, and Little App among others.

Ashwin said, “Our revenue model varies from channel-to-channel, because each channel has its own capabilities. Currently the monetisation model of the company revolves around working with advertisers and brands. To create content with native integrations and sponsorships, we may have a sponsor whose product is also featured in a couple of episodes, that’s kind of a direct way for us to generate revenue. The second way we do this is by syndicating our content. For example, we syndicated our content to TVF, when we first did our show ‘Not Fit’ last year, and they had a two-week exclusive license to the content. This year, the same show was syndicated to NDTV. So syndication is also a growing revenue scheme for us.”

Collaboration, Not Competition: The Digital Road Ahead

When prompted to talk about competition from other digital mediums like AIB (All India Bakchod), TVF, Culture Machine, Ashwin took a pause and said, “The reality for competition is this: the market is too small, and having such a tiny market, what are you competing for? There’s not enough money in the first place to compete. We look at it like three or four players in the ecosystem have to get together, collaborate and have to grow the ecosystem. And then we can fight for our own share of the market. TVF and I, we always talk about collaborating and I think we can really do some good shows together.”

Added Ashwin, “We measure success based not only on number of views, but also on retention rates, engagement rates, and conversations generated for advertisers. We will also allow advertisers to use our tech platform to monitor campaigns in real-time, optimise distribution spends, and understand ROIs transparently. Additionally, we are syndicating our content and have already inked deals with NDTV and Dainik Bhaskar.

To this end, the company has recently announced a $3 Mn fundraise in its latest round of funding, from a group of global investors led by Sequoia Capital India. Other investors who participated in the round included North Base Media, T.V. Mohandas Pai led Aarin Capital, 3one4 Capital, Axilor Ventures, and FreeCharge founders, Kunal Shah and Sandeep Tandon, among others.

The raised capital will be used to create exceptional content, bolster its technology base, and talent expansion. The company further plans to create over 500 short-form live-action and food videos and at least six long-form properties over the next year. It wants to push boundaries by experimenting with unique content-based commerce models as well as new distribution mediums like live streaming and messaging.

Talking about the investment, Marcus Brauchli, co-founder and Managing Partner, North Base Media said, “Media designed for distribution over social platforms is immensely powerful, especially for new audiences who are accessing the content via mobile and often sharing content for the first time. Pocket Aces’ work has an authenticity and virality to it, that only a few companies around the world can match.”

For more than 100 years, dissemination of media content – whether through audio, print, television or satellite – has been top down and revenue driven. But times are changing. Platforms are an evolving concept and people in India consume content in various ways. Driving factors behind the changes are same: millennial population, increasing time spent on digital devices, changing content preferences and formats.

Indian viewers are gravitating towards personalised entertainment – movies, music, video games, TV shows, and more. It was another data point on the change beginning to reshape the way Indians consume mass media in a mobile Internet era. There are over 150 Mn+ Facebook users, 160 Mn+ WhatsApp users and 80 Mn+ YouTube users in India. New platforms such as The Logical Indian, Gaana, TVF, AIB are just a small part of the many ways in which a whole new generation of users is consuming text, video and audio content. It is this evolved consumption pattern that companies like Pocket Aces is banking upon.

The democratic distribution of content over the Internet has led to the emergence of new age media companies that are able to produce, distribute, and measure media content at a much lower price as compared to traditional media.

The lack of a premium network showcasing interesting content and absence of an outlet for the large pool of writers and content creators in the country is the reason companies like Pocket Aces are needed and why they’ll thrive in the coming years. The opportunity is there but requires new formats, unique content, and pricing models that work for India. How Pocket Aces will evolve its model and create a niche space for itself in this volatile industry, is something to watch out for.