How Pee-Buddy Is Empowering Indian Women With The Freedom To Stand And Pee!

How Pee-Buddy Is Empowering Indian Women With The Freedom To Stand And Pee! Normally road trips end with souvenirs, photographs and a million cherished memories for trippers. But for Deep Bajaj, who was successfully running a carpet design business with his wife, a road trip from Delhi to Jaipur with his friends and their respective spouses in 2014 ended in an idea – an idea to finally bring gender equality to one last male bastion-the ability  to stand and pee! Whilst stopping intermittently on the highway to find clean loos for the ladies, Deep and his friends cracked jokes on the fact that men could stand and pee anywhere. But back home, once the jokes were over and so was the trip, Deep was intrigued to research on the category of female urination devices in India.

To his surprise, this was a category which lay unexplored and not much talked about given the sensitivity of Indian culture about issues concerning women. What he found out that while such devices were a handy companion of travelling women in the West, in India their presence and even information about them was limited. And that in a country, where the ratio of men to women public loos is already skewed. Consider this, in the capital city Delhi alone, while men have access to around 3,000 public toilets, for women this number is a pithy 300! And on top of that, they are barely clean and minefield of contracting UTIs. The situation becomes worse for women when they are travelling, or pregnant or are aged and suffering from arthritis.

That’s when he along with brother Mohit Bajaj and friend Rahul Anand came up with the idea of Pee-Buddy – India’s first female urination device using which women could stand and pee even in the dirty and common toilets, avert the risk of contracting infections, and travel freely and without worries. Pee-Buddy, thus, not only proposes a practical and hygienic solution to counter unclean public toilets for women, but also aims to change the way women travel. After researching on the category of female urination devices and finding that none existed in the Indian market, the Pee-Buddy team started ideating on the design. And finally hit on the one which was the most ergonomically sound. In its current avatar, PeeBuddy is an easy to carry, disposable tunnel-shaped paper urination device that fits between the legs to enable women to stand and pee. The design resembles that of a funnel.

Made from waterproof coated paper which is disposable and environmentally friendly, each device is for a single use only. The startup filed a design patent for the product which came through in February 2015.

The Pee-Buddy products come in packs of   5, 10 and 20 priced at INR 120, INR 200 and INR 375. While initially the startup faced many acceptance issues with even so called modern pharmacies and stores reluctant to stock it, now however, it is slowly gaining traction. Besides being sold through its own website and ecommerce portals such as Flipkart, Amazon and Snapdeal, it is now being retailed at Modern Bazaar, Mom&Me, NewU and Religare. 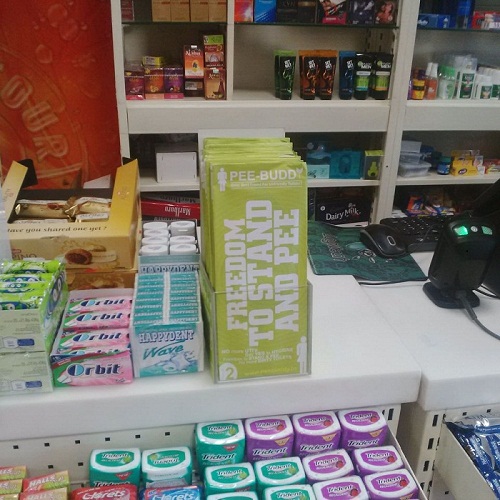 The product has seen major boost in sales with organisers of events such as Standard Chartered Mumbai Marathon, TCS Bangalore Marathon, and Airtel Delhi Marathon giving it free to all female participants. Consequently, it has sold some 20,000 packs last year, and expects to sell 60,000 units by March 2016. The product is now also available at leading Events like NH7 and SunBurn.

Until now, the startup has been bootstrapped with Deep investing about $120k (INR 8 Mn) in the product, along with investments from friends and family. Deep has faced a lot of resistance in raising VC money for Pee-Buddy, despite it being an environment friendly and one of the first urination devices in India. Interestingly, Pee-Buddy also won the live crowd pitch at the event Catapoolt last month. However, what he is looking for is support and mentorship from people who understand modern trade and sanitation issues as well as CSR funds that would be keener to invest in this category. 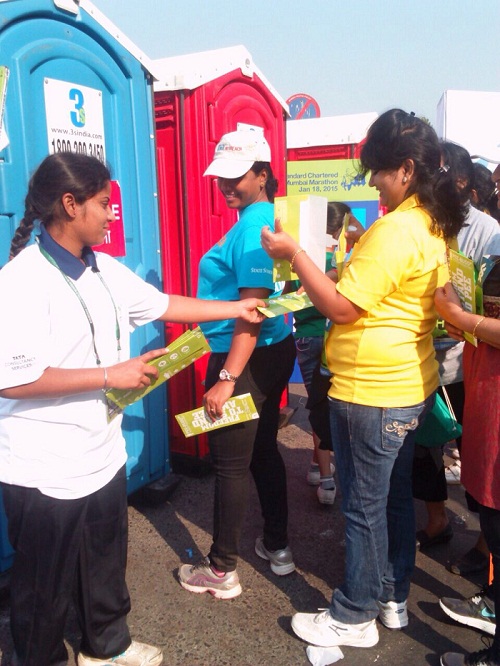 Mentions Deep, “I am looking for more support in terms of people speaking about the product and its usefulness to women. That’s the reason we approached the best of gynaecologists, urologists and orthopaedics who have recommended its usefulness in countering urinary infections and recommended it for pregnant and arthritic women as well. Just one tweet by actress Kalki Koechlin about its efficacy sent orders shooting up to 100 packs that day from the regular 2-3 we were getting- that’s the kind of endorsement we want for this product.”

There are a few international products available in this category such as SheWee and GoGirl, but they are mainly made of plastic and are reusable. In India, however, Pee-Buddy has no ingenious competitor as of now, though new entrants are expected once the category starts gaining traction. More so with the dearth of public toilets for females, there is immense potential of such products targeting needs of women during travelling. Additionally, it also has immense implications for women in rural India where the dearth of clean toilets is even much more than urban areas

Currently, Pee-Buddy’s focus is gaining traction in Delhi-NCR and by March, it aims to expand to Mumbai and Bangalore. After being the first mover in its category in India, Pee-Buddy plans to launch more such travel and women centric products. On the agenda, next is intimate wipes for women and a new line of baby care products.

Pee-Buddy has entered a space which is hitherto unexplored in India. It is breaking fresh ground into addressing problems faced by women while travelling and has entered a territory not spoken about openly in India. While the product itself might not offer the best protection from splashing as compared to other international products, but it is quick, disposable, convenient to carry, economical and environment friendly. That said, it is a practical and much needed solution to address the lack of hygienic public loos for women and afford them the privilege to pee with complete peace of mind!