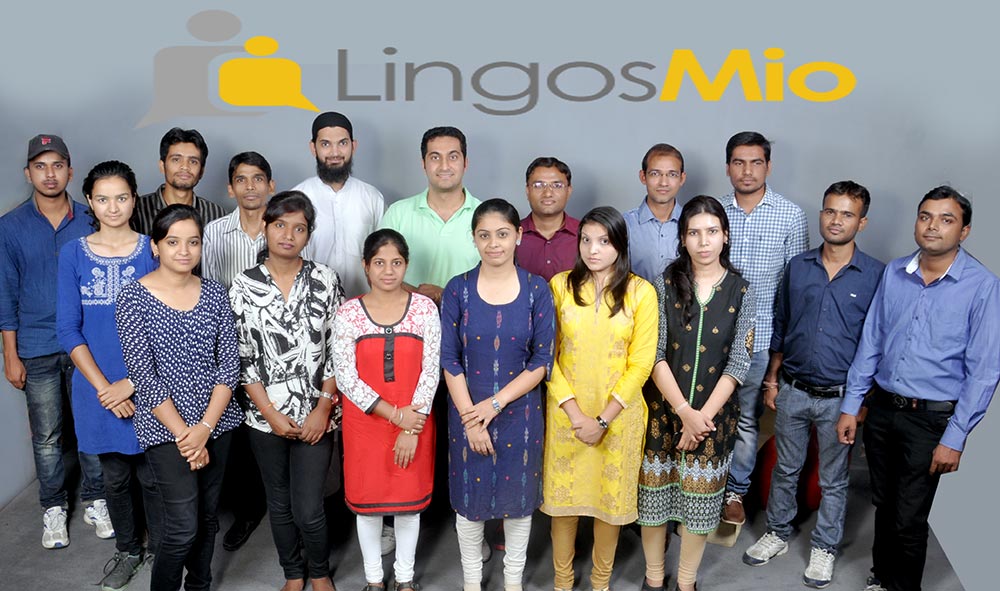 While  working as an investment banker at Barclays for over a year, Alok used to come across many Spanish clients, who weren’t well versed with English. Language became a barrier for him at that time. His attempts to learn the language brought him to his hometown, Bhopal, where he met Farhan Aziz, a foreign language tutor, who used to teach 9 languages. Being an avid traveller, he made a trip to South and Latin America, which made him realise that there were multiple sites and books to learn the language, but none of them were enough to help him.

While in Latin America, he realised that English wasn’t the common language used all around the world, but there was a general interest among people to learn English in order to be employable. Secondly, he found that Mandarin has become one of the most popular languages to learn, given the growing importance of China in the global trade, especially among the Russians.

This made him launch LingosMio, a mobile app to learn languages, for which he teamed up with Farhan.“Lingos stands for languages and Mio means mine in a lot of the European languages. So, LingosMio translates into my languages,” said Alok.

What It Offers And The Differentiation

Unlike other sites that provide tools and study material to memorise the new language, LingosMio follows a different philosophy of teaching. According to them, language was incepted as a way of communication and is a reflection of thought process. Therefore, it’s important to understand the underlying thought.

“People try to memorise, which is the reason most people give up on learning languages very quickly. When you learnt Mathematics, did you ever memorise the result of each and every multiplication, or did you just learn how the multiplication was done? Similarly, you need to understand the root of each and every word and how to use these words to make sentences on your own. Keeping all these things in mind,  LingosMio has been created.”

Another differentiation that the platform is trying to bring in is engaging the learners. Each chapter ends with a conversation recorded by native speakers, showing the ways to communicating. Moreover, the learners are asked to record their voices as a conversation to practice their lessons. It uses speech recognition technology to identify the speech of the learner and process it.

Based out of Bhopal, currently, it has a team strength of 17 members and has network of associates in Spain, Brazil, USA and Russia.

The courses offered on LingosMio are subscription-based courses, with monthly paid plans. At present, it offers Spanish, English, Chinese (Mandarin) and Hindi. The English course, for example, has 1-month, 3-month, 6-month and 12-month plan; including various levels of specialisations such as Beginners ,Intermediate and Advanced. On an average, learners sign-up for a 6-month course. A lot of people even sign up for a 12 month plan. Most people prefer to sign up for a 3 month plan.

There are tests at various level for which LingosMio charges separately. These are form-based tests prepared by its in-house team. The company is curating its own curriculum for all the courses and building its own IP around these courses.

At present, it has more than 2,80,000 registered users. And in last 30 days alone, the number of active users has gone up to more than 1,00,000. Every day, more than 10,000 chapters are read on the platform. Each chapter is of 15-20 minutes duration; a lot of the users stay on the app for one to two chapters. But on some days, especially weekends, time spent on the app goes up to 2 hours.

The product team is working at introducing scenario-based conversations to make it useful for real-life interactions. Another product in the pipeline is pattern-based tests. These test patterns are based on the formal certifications given out by consulates and embassies. This helps them prepare for the language examinations.

At present, its target market is Latin America and the US, where a good density of Hispanic and Spanish speaking population can be seen. And in coming 3-4 months, it plans to enter markets with low penetration of digital language learning platforms like Southeast Asia.

“A good part of the population in the US does not speak English, so teaching English to those people is another big business there. This was also one of the reasons why our product LingosMio was ranked 86 of all educational apps listed on Play Store in the US.”

For Alok, who comes with a business background, LingosMio was an entirely different ballgame. It requires language and technical skill, but the solution to this challenge is getting the right team with right skills.

The next biggest challenge was building the course material. “Particularly since something like this had not been done before. However, if you have a clear vision of “what” you want to do and have a capable team in place, the “how” starts falling into place,” he added.

This pie was dominated by players such as Babbel, Duolingo, Busuu, Tutor Group and Chuanke that are directly competing with LingosMio. However, many offline academic institutes are now offering language courses such as Carnegie Speech from Carnegie Mellon. Carnegie Speech is said to have received $12.6 Mn in funding so far. Also, Qualcomm and two other firms invested $10 Mn in the Chinese supplier Alo7 –  an English teaching platform.

Language plays an important role in connecting countries and economies for trade. Many governments have taken this on a serious note, and have looked at ways to spread the word.  There are many apps available for learning English. U.S.A. Learns is one such platform, which is supported by various government departments.

The point to notice from the above example is that there is huge market for learning other languages, as countries are further opening up their economies to the world. But, a majority of the service providers have an academic background. Without any academic support, LingosMio is racing against giants. The certifications and tests are self–certified and accredited, and even the courses are self curated. While people are adopting and embracing the newness it brings to the traditional ways of learning, it needs to build more credibility, as it gets deeper into global play.

The startup was among the top 5 finalists at our event StartupPulse held in Bangalore earlier this month.