LECHAL: A Wearable Tech Which Will Help You Find Your Way

LECHAL: A Wearable Tech Which Will Help You Find Your Way 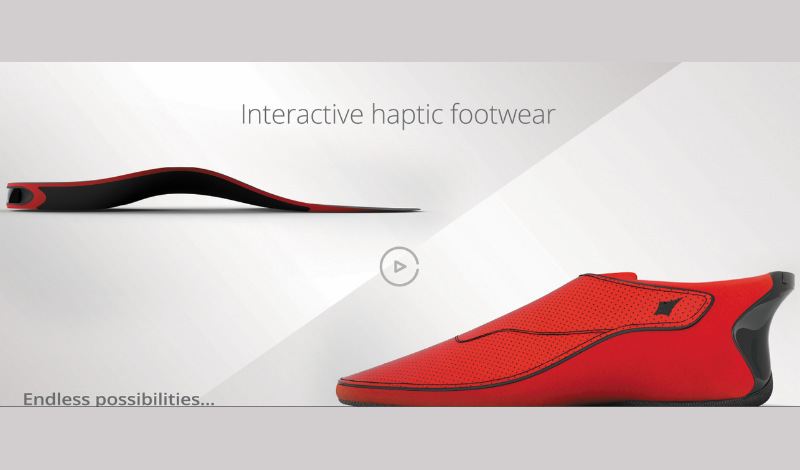 After Mobile, looks like wearable technologies are going to the next trendsetters. We have already seen wearable gadgets like Google Glass and then Fin, now there is yet another wearable gadget which has started making some buzz.

Imagine yourself in a new city, and looking to find a good hotel, a marketplace or something else, what would you do? Either you would be checking your phone for the way, or will get a local map, and if not the two above, you might be asking people to help you with the way. It feels quite a painful task and annoying too, when one has to do it.

What if something helps you find your way with just a little vibration? Looks crazy, but this is something Ducere Technologies has done and created LECHAL, an interactive haptic based footwear to address this problem in an interesting way!

Initially developed to help people with visual impairments navigate the world, LECHAL called as “- lay-ch-al”, meaning “take me there” in Hindi, LECHAL footwear creates a hands-free navigation system through feet, guiding the wearer towards their destination through simple vibrations in their shoes or insoles.

It was soon realized that this innovation can be useful for everyone. This thought was further developed to launch stylish footwear with an interactive, haptic based navigational system guiding the user towards their destination through simple vibrations.

Navigation: An app loaded on a smartphone pairs with the footwear via Bluetooth. The user interacts with the app and can set a destination. The phone’s GPS is used to calculate location data and the directions are conveyed to the user via haptics (simple vibrations) in the footwear.

Fitness: LECHAL footwear counts your steps, and tracks your calories burnt. Through the app the user can set goals, create custom workout sessions and much more.

Interaction: It allows you to tag locations, set destinations, start/stop/pause navigation, and much more, all by executing simple foot gestures.

For future, a few new features are also be being planned such as the ability to detect falls, in such a scenario a call will be placed to an emergency.

The company has unveiled two products, one being an insole which can be slipped into any footwear and the other being a shoe with the same technology incorporated in it.
Insole

It has all the electronics located at the heel, all of which has been fitted into a small module which can be easily removed. Each module has a weight threshold of 500kgs. The remaining portion of the insole can be replaced as and when they get worn out.

The shoe will be launched in two colors i.e. red and black. It will have a flap near the rear cuff where the battery is slid in.

Each module will have a rechargeable battery, charger has an inbuilt clapper which when activated beeps in a certain pattern to indicate the level of charge.

Priced at $100, the product pack will include a pair of footwear (insoles or shoes), a Charger, an App which is compatible for Android/IOS/Windows platforms.

Ducere, and its brand LECHAL, is recognized globally as an innovative brand in wearable technology, winning several awards & recognitions, including being presented at the world renowned TED conference in 2013.