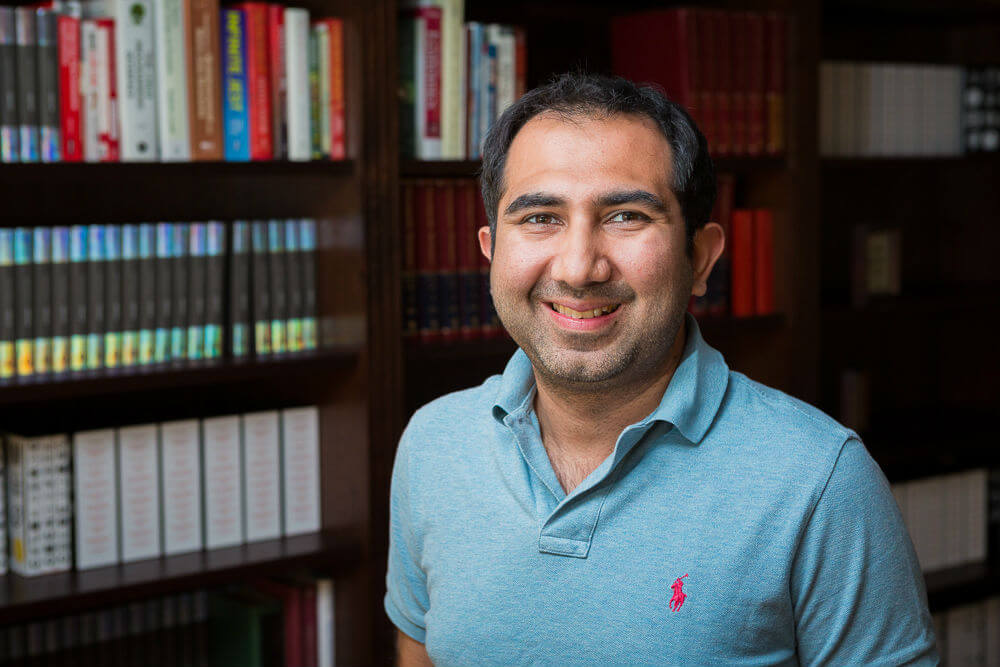 Gautam Shewakramani recently took over as the country manager for Quora India. With over 200 Mn unique visitors visiting the Q&A platform that empowers people to share and grow the world’s knowledge, Quora has grown to be a formidable global platform in its own right.

This year, Quora became the unicorn of subjective human knowledge after raising an $85 Mn Series D round co-led by Collaborative Fund and Y Combinator’s Continuity Fund, with participation from previous investors Tiger Global, Matrix Partners and Facebook co-founder Dustin Moskovitz. The round valued it at $1.8 Bn, thus marking its entry into the celebrated unicorn club. In another first, Quora will be organising its first Global Meetup Week as well.

Gautam joined Quora after serving as the founder and CEO of AudioCompass. He was also named among top 15 entrepreneurs who are “shaking up India’s travel scene” by Conde Nast Traveller. Additionally, Gautam is an active angel investor and has invested in several startups, including Exotel, Hotelogix, and Bevi. Gautam works closely with the product team at Quora’s headquarters in Mountain View, California to focus on growing Quora, and better serving its users and businesses in India.

In an exclusive conversation with Inc42, Gautam shed light on Quora’s focus on quality content amidst a crowded content space, its strategy for monetisation, and expansion plans for Quora India.

Inc42: As of today, what is Quora’s global traction like? Where does India stand in this tally?

Gautam Shewakramani: Quora has more than 200 Mn monthly unique visitors around the world, many of whom belong to India. We don’t focus too much on specific numbers beyond that; in general, we optimise for quality and not volume. Quora has grown to be a global platform, with users from all over the world. This year, we’re organising our first Global Meetup Week, with user-led meetups being held all over the world. Our response from India has been amazing. We have over 30 user-led meetups happening during the meetup week in cities across India, including Bhopal, Bhubaneswar and Ranchi.

Inc42: What kind of content is being shared and consumed on Quora as far as India is concerned?

Gautam Shewakramani: Quora is a horizontal product. We are very conscious to ensure that it is a place for knowledge on a wide variety of topics, and our traffic from India reflects that diversity. Popular topic areas in India include career advice, exam/test advice, and technology. 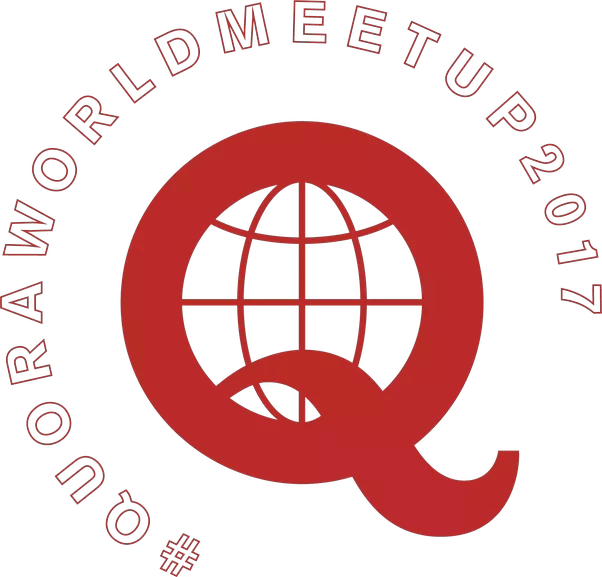 Inc42: Why is there a thrust on the following four languages: Spanish, French, Italian and German? Are you planning to launch Quora in any Indian regional language, given that the rise of vernacular audience will overshadow English speaking audience in India as per a recent Google-KPMG report?

Gautam Shewakramani: Our mission is to share and grow the world’s knowledge, and only a fraction of the world speaks English. We started with Spanish, French, Italian and German because we felt that there was a large number of people that used Quora in English who were bilingual and comfortable contributing in those languages, which helped create the initial community in those languages. Given our scale, it also made a lot of sense technically to start with languages that were in the same (Latin) script.

At this time, we haven’t made any decisions on expanding into Indian regional languages, but it’s something that we are exploring and will consider as we work towards achieving our mission.

Inc42: What kind of innovations are on the anvil for Quora, in particular on the product and content sides?

Gautam Shewakramani: It’s too early to comment on the results, but an example of a globally relevant product innovation that may resonate in India is the recent expansion of our video beta. Video Beta allows a user to tap the record button from the iOS and Android apps to record a new video answer. Depending on the question, an answer could be a single video, multiple videos, or videos and text. Early traction has been promising from India, with several people here contributing video answers, and using video as a medium to share and gain knowledge on Quora. 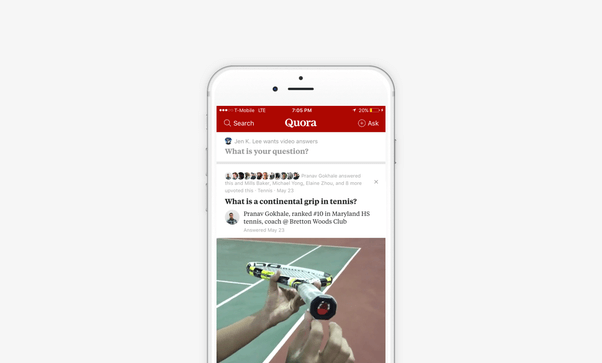 Inc42: Where do you see the content industry going from here? What are some of the trends in the content you are witnessing both on user and creator sides?

Gautam Shewakramani: First of all, we believe in the value of quality content. That’s why we’ve been focused on it from the very beginning. Also, the ability to personalise content (in the context of Quora, those could be questions or answers) for readers is important to increase the chance that they will find the content relevant and engaging. For creators, this personalisation is also important, because not only do you want your content to be read by a large number of people, but you also want to be sure that you’re reaching an audience who’s going to find your content relevant.

Inc42: Content is becoming a crowded field. How does Quora aim to differentiate itself and maintain its edge over others in the same space?

Gautam Shewakramani: Our product is highly personalised and this is an area we continue to invest in. The more someone uses Quora, the better it gets for them and for others, as we learn more about your interests and expertise. Content added to our platform remains high-quality as we scale because of the quality of our writers, features in the product, and community policies that allow us to detect and remove things that detract from a high-quality experience, such as spam, plagiarism, and serial trolling. Readers can also give their opinions about the content, through voting, commenting, and reporting, which in turn helps Quora assess the quality of the content and allows people to trust the content more.

Inc42: The thrust of consuming content on mobile is on the rise. What plans does Quora have in place to leverage this rising trend?

Gautam Shewakramani: We’ve had a philosophy of product parity between mobile and desktop for a while now. The launch of video on the platform is an example of a format that lends itself to mobile. We have several other mobile product features with which we continue to explore and experiment.

Inc42: What are Quora’s expansion plans for India? How much traction are you hoping to gain in the next five years?

Gautam Shewakramani: In India, our goal is to continue the exponential growth we have seen over the last several years while ensuring that the product continues to improve as we scale the number of people and businesses that use Quora. One of my primary responsibilities is to learn more about and figure out how we can better serve our audience here in India. I will spend most of my time working closely with the Quora product team in the US to help ensure the product continues to improve for people all over the world, with a special focus on the needs of Indian users.

Inc42: How big is the Quora India team? Any plans of hiring and opening an office here?

Gautam Shewakramani: In total, Quora has about 200 employees, almost all working out of Mountain View. At this time, I am the only person focused on India, and we don’t plan to open an office or do any hiring here in the near future.

Inc42: What are Quora’s monetisation plans from India given that Quora rolled out limited advertising last year?

Gautam Shewakramani: We launched our ad platform to the public in mid-May 2017. We already have Indian advertisers running ads on Quora. Quora is a great place for brands to fulfill their marketing goals and anyone can start advertising via our self-service platform today! 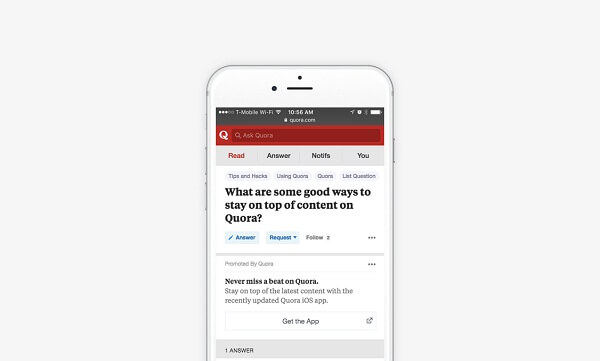 As of August 2017, according to Alexa, the US currently accounts for around 35.1% of Quora’s user base, followed by India which contributes 20.1 % of readers. Content is becoming a highly contested space in India with rising smartphone penetration and an Internet population touching 500 Mn users this year. According to a 2016 study by Groupe Speciale Mobile (GSM) Association, India’s mobile using population is expected to cross the 1 Bn mark by 2020.

In April 2017, Google’s VP for Southeast Asia & India, Rajan Anandan, said that 9 out of every 10 new Internet users will be non-English speakers. At present, rural users account for 35 % of the country’s Internet community. While Quora currently has no plans to leverage this growing Indian vernacular populace, it looks like sooner or later Gautam Shewakramani will have to address this question to be able to reach the next level of growth in the second largest Internet market in the world.