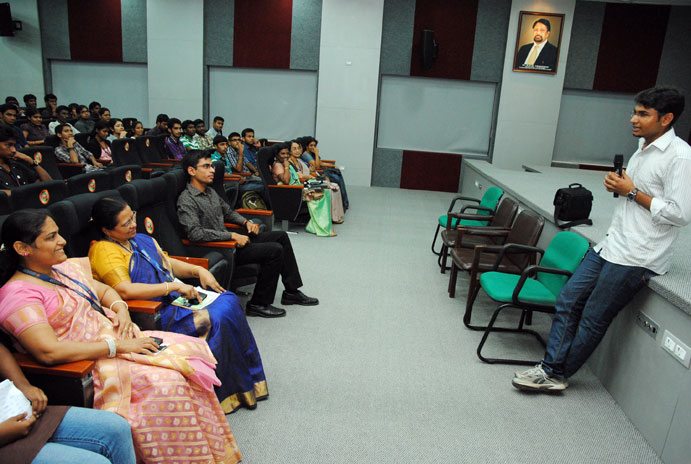 Harsh Snehanshu is the bestselling author of four books, comprising the Kanav-Tanya trilogy and Because Shit Happened. He is currently associated with the world’s largest publishing house, Random House.

His first novel “Oops! ‘I’ fell in love!” (2009) has sold over 75000 copies till date and is recognized in Nielsen’s top 250 Indian books by sales. His second book, first Indian book with a crowdsourced title, “Ouch! That ‘hearts’..” which arrived on the stands in Aug, 2011 is a national bestseller. His third book “She is single, I’m taken… And we’re committed” came out in mid-Aug 2012, which completed the Kanav-Tanya trilogy and it had garnered favorable reviews. He has also contributed 10 stories to the popular  ‘Chicken Soup series.’

In May 2011, he completed his B.tech in Engineering Physics from IIT Delhi. He published a research paper in one of the most prestigious journals of Optics during his internship at the University of Glasgow in UK.

He also co-founded thewittyshit.com – a creative networking and crowdsourcing portal – in June 2010, while still in his fourth year at IIT. He was enlisted in the Top 10 Hottest Young Entrepreneurs for 2010 by Businessworld and was one of finalists at Global Student Entrepreneur Awards 2011.

He also went on a yearlong solo tour of India , taking a break from everything that he was up to in order to explore India as well as himself . It had been his childhood dream and the moment he got free from everything he was up to, he forged ahead to accomplish that. He believes that travel makes one wiser, a better person and a better writer.

His fifth book is based on his solo travel experience. It’s tentatively titled ‘Route to Roots – A Youngster’s Guide to Travel India Solo’. His travel experiences occasionally feature in The Hindu Sunday Magazine.

He is a Royal Enfield fan and has been collecting money for quite sometime to buy his first bullet, with which he wants to conquer Himalayas next year, much like this he did in 2012 on a rented Enfield. He is a firm believer of writers being doers rather than talkers, since he knows the way action can inspire, words can never.

He has a keen interest in photography, biographies, public speaking and music, especially instruments, a dozen of which he can play naturally.

He has also been chosen for the prestigious Young India Fellowship(YIF) and is pursuing a course in Liberal Arts.

Inc42 had the opportunity to have a discussion with him. Here are excerpts from the discussion:

1. Who is/are your favourite author(s)?

My favourite author is Khaled Hosseni. I really enjoyed his book “The Kite Runner”

2. How many hours do you usually write daily? What method do you follow?

My writing hours are not fixed. Sometimes I write up to 14-20 hours a day, when I am in the mood. Some days I might write just a few paragraphs as well.

I gather my thoughts by using a pen and paper and then ultimately start writing on my laptop/PC.

3.  Your 4th book “Because Shit Happened” is loosely based on the start-up you co-founded. How has your entrepreneurial experience changed you?

My entrepreneurial experience has changed me, in the sense that now, I do not crave for comfort. I am comfortable anywhere and everywhere. I do not have the fear of uncertainty.

4. What was your most memorable experience while hitchhiking across India for your fifth book “Route to Roots”.

During my travels I once met a beggar at a railway station in Bhubaneshwar. He was seated with his eyes closed. I asked him “What is worth seeing in the city?” He opened his eyes, looked at me and said “Everything”. I realized that he was blind, and to him everything in the city was worth seeing. This incident had a profound impact on me.

I had many other amazing experiences as well. I was travelling on a shoestring budget, So I got to experience a side of amazing side of India, that most people are not aware of. I stayed in the homes of my readers and friends when I traveled  Everyone was really hospitable, many even gave me a tour of their city

5. What are the major challenges that you have faced so far in your career?

As an Entrepreneur forming a team was the hardest part.

As a writer, you have to be prepared for criticism on occasions, also sometimes the first publishing house you approach may not like your novel for a variety of reasons, like: they have stopped publishing that genre of books, they maybe old fashioned and might not be able to relate to your work etc. My advice is to not feel disheartened, but approach more publishers/publishing houses.

6. Do you have a mentor? What role has he/she played in your success?

I don’t have a mentor in the true sense of the word, but I consider my readers as my mentors. Their feedback helps me grow as a writer.

I would also like to mention my parents who have supported me throughout my journey and also a good friend of mine,who helps me with editing my books. He is one of the best grammar Nazis,I have met!

7. What’s the best thing about being an author?

The best thing for me is that, I am never lonely. Even if I am alone in a room, I am always surrounded by the characters in my book.

8. What has been the best compliment you have got so far from a critic or reader?

For me the best compliment I have got so far is “You have evolved as a writer.”

These kind of compliments praising my evolution as a writer touch me more than any other words of encouragement.

9. You were raising funds for the rural artisans for Milaap. Can you tell us a little more about that?

I came across many talented people during my travels. I met a sculptor in Jharkand, who could carve amazing statues of our President Abdu Kalam. Many people with unique skills are forced to do manual labour or other jobs as their talents are not scalable, and they cannot sustain themselves and their family solely on it.

So Millaap helps those artisans out by micro financing. The artisans are given small loans, so that they can do what they love to do on a larger scale and make it profitable.

I helped in raising 1 lakh rupees for the artisans.

10. Finally, any words of advice to aspiring writers?

For aspiring writers: focus more on learning ,rather than earning. There is no substitute for practice. Also read a variety of different books and learn from the masters.

What are you waiting for? Order Harsh Snehanshu’s fourth book “Because Shit Happened” today here or if you haven’t read his previous books already, order them here.