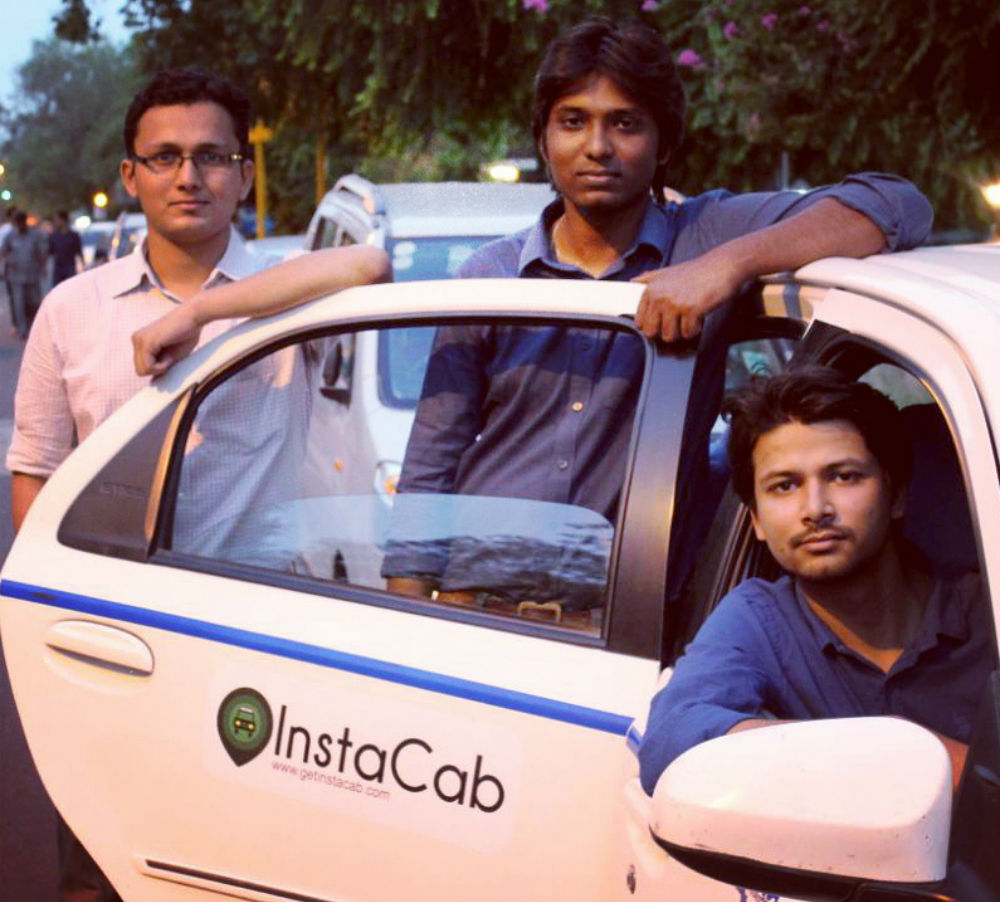 The cab aggregation industry is all charged up, evident from the amount of venture money that has flown to the sector. Organized players account for only 10 per cent of the $ 15 Bn taxi market in India. The new sets of players have come up with hybrid model which is a combination of fleet ownership and fleet aggregation. This helps them have better control on cab availability and service quality, at the same time keeping costs low.

Some of the emerging players in this space are now targeting niche segments to get a larger share of the taxi aggregation pie.

NCR-based Instacab for example is a cab aggregator for outstation travels. The Vecto Technologies promoted firm has been started by Abhishek Negi, Ashish Rajput and Siddhant Matre alumni from IIT Kharagpur who felt that there was a gap in taxi services space in India.The venture kicked off in August 2014 as a marketplace for cabs.

The trio however, soon realized that there was a larger opportunity waiting to be tapped in the outstation travel space.

“Over the past decade, the consumer base in India is moving from a price sensitive mindset to a convenience-first mindset. The travel industry has been no exception to this. Although many consumers are using taxi services for local travel, they barely use cabs for outstation travels and have to resort to inconvenient modes”, says Abhishek Negi, one of the co-founders.

What is unique about Instacab?

Instacab has a range of cars to choose from- Hatchback, Sedan and SUV which can be taken for outstation travels – one way or round trip. While most cab operators charge a return fare even though the customer does not intend to return after one way drop, Instacab plans to change this. It is doing away of “the return fare concept” by optimizing resources so that customer only pays for the distance travelled.

For example- a typical Delhi to Agra one-way journey costs around INR 6000. InstaCab provides one-way fare to Agra at just INR 2600 (inclusive of all tolls, taxes and driver allowance), which is more than 50% cheaper than market.

Customers can book a cab through Instacab’s android app, website or call center. Instacab imparts immense importance to driver verification and training. Operational issues are taken care of with the help of technology. It has already automated various processes focused on last-mile connectivity, making the system highly scalable.

The company works on a pay per performance model. A commission of 10-15% of total fare is charged from the cab operators and drivers.

How has been the traction since launch?

Instacab moved to servicing the outstation segment from January 2015 and has grown 500% since then. The company is currently providing one-way rates to over 30 routes from Delhi-NCR and works with a pool of 2500 drivers spread across northern India. It has completed 1000 outstation cab rides catering to a GMV of INR 50 lakhs.  The founders are in talks with investors to close first round of investment in a month’s time.

Other players in this space

The other two prominent players in the space are Savaari.com and GetmeCab.com.

Bangalore based Savaari.com was started in mid-2006 by Gaurav Agarwal. It  provides local and outstation cab services across 60 cities through 158 vendors. It raised $1 Mn from Inventus Capital in April 2012 and an undisclosed amount from Intel Capital in October last year. Savaari rolled out a new model last year, eliminating vendors and having direct tie-ups with drivers in Bangalore, Hyderabad, Kolkata, Mumbai and Delhi.

Getmecab, on the other hand offers outstation services with 40 vendors across 11 cities. The Gurgaon based company was founded by Amit Lakhotia and Udai Singh Meena in April 2011. Within a year, the founders came up with a mobile site, which enables customers to  make bookings within 60 seconds. Last month, the company  launched its new campaign- “A guarantee to provide lowest prices”.

Quick facts about the industry

There is a great scope for M&A activity in this space either with consolidation happening among ridesharing players or one of the taxi companies scooping up ride-sharing players to fuel its foray into ride sharing.

To know more about  opportunities in the Indian cab aggregator space, we reach out to Arpit Agarwal, Principal at Blume Ventures and Director at Headstart Network. Here are the edited excerpts:

Inc42: Recently, a lot of venture money has been poured into the online taxi/cab aggregator market globally. Do you think this will help the companies in winning the price war?

Arpit: Price war is a short-term anomaly in the market as no player can sustain significant discounts over the long-term. Even if VC money is being used to deeply discount cab rides, this is only being done to garner market share and user retention. This is unlikely to continue for a long time.

Inc42: In your opinion, where is this market headed?

Arpit: With TaxiForSure’s acquisition, Indian cab-aggregator market has already become a two-horse race. There are advantages and challenges with both Ola and Uber. We believe Ola model is more suited to Indian conditions, hence it likely to emerge as a leader.

Inc42: What potential do you see in Indian market as compared to similar services abroad?

Arpit: Cab aggregator businesses works on shared economy principle. This trend is very strong abroad and we will soon see many more big businesses being created in India on this principle.

Inc42: According to you, can technology be a distinguishing factor for new startups marking entry in this space?

Arpit: As of now, there is reasonable amount of technology parity between the top players. We haven’t seen how else technology is going to impact the business here.

The taxi space in India has huge headroom for growth and is far from saturation. While there is a good scope for expansion in tier 2 cities, the metros will still be primary market for all the players. Hence, we might see price wars and more fleet variations (like Ola Auto, Ola Nano and Uber Go) being introduced. More and more hatchbacks and low cost options will be introduced to cater to the price conscious Indian market and to compete against other forms of public transport. Service, quality and convenience will emerge as the long-term differentiators.

Checkout Instacab app and let us know what you think about it.