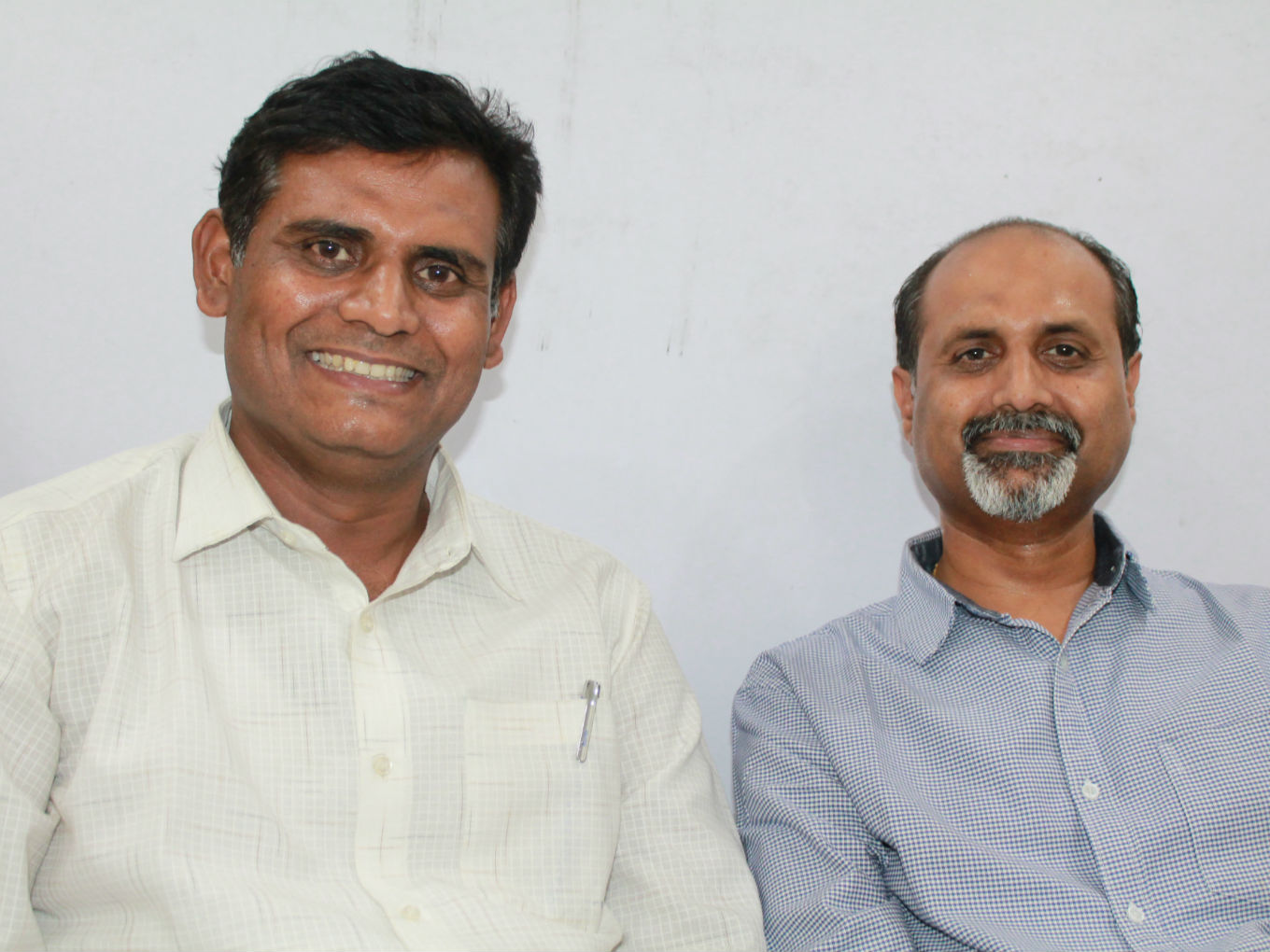 While about 71% of the planet is filled with water, only 2.5% of it is freshwater, which can be used for consumption and utility purposes. Even in those small freshwater reserves, less than 0.01% is surface water, while only 0.5–0.75% is fresh groundwater or soil moisture.

With freshwater being so scarce and linked to rapidly-changing climate conditions, there’s an urgent need to cut down on water wastage, which is a huge problem in countries with large populations. Often, people have to resort to groundwater or hard water, when freshwater sources are not available in their proximity.

In India, one of the major problems is dealing with hard water, which is often not fit for consumption, without treatment.  For the uninitiated, water with high mineral content such as calcium and magnesium (120-180 parts per million or PPM) is considered hard water.

With a high concentration of minerals, it becomes impossible to use the water for consumption as it is, and could lead to several health issues such as kidney stones, itchy skin and rough hair. It also becomes difficult to use such water for utility purposes anywhere in the world as hard water causes whitening on drying, so you can’t really use it for washing or cleaning utensils.

With the high prevalence of hard water in many parts of the country, startups such as the Hyderabad-based D’Cal has been working to address these issues in a cost-efficient manner.  D’Cal has built a low-cost solution which turns hard water into soft water without the need for expensive treatment plants.

Speaking to Inc42, D’Cal founder Uday Nadiwade said that the existing solutions to turn hard water into soft water are extremely expensive, and the cost only increases over time due to the need for regular maintenance.

After having faced personal difficulties with hard water, Nadiwade and Rajesh Saraf set up D’Cal to build a cost-effective, accessible and user-friendly device to deal with the issue.

Launched in August 2018 after Nadiwade and Saraf D’Cal uses certain phosphates also known as food grade media to eliminate the stickiness of calcium ions from the water, thereby breaking down the minerals in the hard water.

“In most of the parts in India, the utility water which is used for bathing, cleaning purposes etc, is actually drawn from the ground which is called bore water. This bore water has a high concentration of calcium and magnesium salts which cause whitening of tiles in bathrooms, utensils, along with hair loss problems,” Nadiwade told Inc42.

Nadiwade said that after existing solutions failed to give him the results he wanted due to high maintenance costs, Saraf and he began researching alternatives and approached the Council of Scientific and Industrial Research (CSIR) affiliated Indian Institute of Chemical Technology in Hyderabad.

The duo comes from engineering backgrounds and experimented with products in the market. After a year of researching, testing and development, the D’Cal Water Softener was ready to be launched.

The product simplifies decalcification and demineralisation of hard water. A user only needs to drop the softener machine into an overhead water tank. The machine works by removing the sticky properties of the calcium and magnesium ions which are responsible for making the water hard. After it’s treated, the water still has ions, but their negative properties are nullified.

Nadiwade explained that with the existing hard water treatment solutions, some of the water goes to waste; about 70% of the water turns soft and the ions shift to the rest of the water thereby wasting it. D’Cal’s solution, on the other hand, wastes no water thanks to how it works.

According to a 2017 assessment of groundwater by the Central Ground Water Authority (CGWA) which covered 6,607 assessment units (essentially blocks, mandals, talukas and districts), India has 1,071 over-exploited wells, 217 wells were in a critical state, while 697 are semi-critical. In this situation, when groundwater in being illegally exploited or over-used, there is an urgent need to find ways to treat water and also reduce wastage.

D’Cal is now planning to raise its first round of funding within the next four to five months. According to Nadiwade, the startup recorded a sale of more than INR 1 Cr in last quarter with the highest demand coming from Gujarat, Tamil Nadu and Karnataka. Currently, D’Cal earns revenue through sales on ecommerce platforms such as Amazon and its own website. Priced at INR 2,700, the device is effective for almost a year.

Another water treatment company RainSoft also offers a water softening solution, which is priced at INR 12,700. So D’Cal’s solution is many times more affordable and ideal for smaller houses, or low-income families.

“Our target customers are those who stay in an independent house and we get orders across all Tier 1, 2 and 3 cities,” said Nadiwade.

D’Cal has plans to go beyond the softener machine, but the first goal, according to Nadiwade, is to boost sales by 4-5 times this year.

The company is also developing two new products — filtered water bottle for consumers, and a synthetic powder for businesses and institutions.

“We are designing a water bottle using a kind nano-fibre technology which will filter the water.  Now you can fill the water from wherever you want, and the water will be clean and pure,” Nadiwade explained

While currently, a mineral water bottle will easily cost around INR 20, Nadiwade explained that the major part of that cost comes from logistics. So, the company decided to eliminate the logistic charges, and instead of selling water, they will be offering a filtration bottle. Each bottle is said to be effective for almost 10-12 months, thus bringing down the cost to INR 0.20 per use.

They are also developing a B2B product, which is a synthetic powder for water treatment in hotels and restaurants. D’Cal is looking to eliminate wastage by filtering used utility water and reusing it for washing and cleaning purposes. The powder can also be used to clean water bodies such as ponds and lakes. According to Nadiwade, the company is already in talks with the Hyatt chain in Hyderabad for a pilot test.

Solving Water Wastage Is The Need Of The Hour

According to The Water Project, a non-profit organisation which brings reliable water to communities in sub-Saharan Africa, the water scarcity in India is expected to worsen as the overall population is expected to increase to 1.6 Bn by the year 2050.

In its official blog, the organisation has pointed out that India may lack the overall long-term availability of replenishable water resources. In such a situation, the optimal use of groundwater is a crucial need for India.

Last year it was reported that nearly 60 Mn litres of water go to waste every day in India due to overuse and treatment. This is a grim situation for the country as in the long run, as non-renewable freshwater sources dry up.

Even when it comes to treating wastewater or hard water, India lacks adequate capacity. According to the 2015 report of the Central Pollution Control Board, India only has the capacity to treat approximately 37% of its wastewater, or nearly 23K Mn litres per day, against a daily generation of nearly 62K Mn litres per day from more than 900 sewage treatment plants.

With such a grim situation in India, it is very essential to come up with low-cost solutions to treat water at the basic level. Startups like D’Cal has taken a small step to deal with water problems in the country, however, more companies, more government initiatives are needed to deal with the water treatment issues in India.

According to TechSci Research report, water softeners market in India is projected to exhibit a CAGR of more than 15% during 2017 – 2026. The report explained that growth in municipal sector water treatment, growing chemical industry and surging use of water softeners in the residential sector will reportedly drive the market during the forecast period.  Some of the other notable players in this space are Ion Exchange, Thermax, Bluebird, and Acquionics.