How One Startup Plans to Replace Every Card in Your Wallet

How One Startup Plans to Replace Every Card in Your Wallet 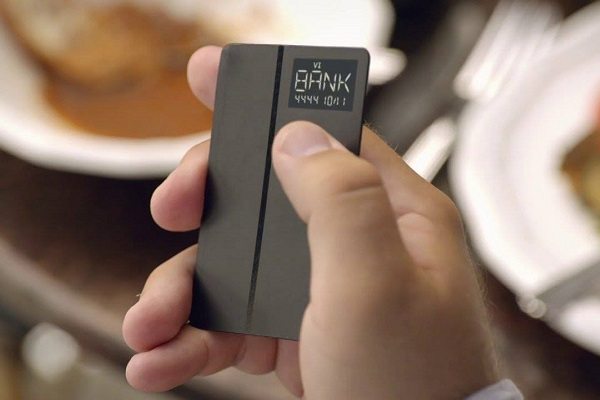 Entrepreneur Kanish Parashar has an ambitious goal: He wants to replace every credit card, gift card and loyalty card in your wallet.

To do that, Parashar has founded a company called Coin. Unlike other companies like Square and PayPal that are trying to do the same thing with mobile apps and proprietary services, Parashar plans to use something quite different — something that looks like a credit card.

The Y Combinator-and K9 Ventures-backed startup has created what amounts a universal credit card that works using a patent-pending magnetic strip that changes on demand.  It will work not only with credit and debit cards but gift cards, loyalty cards and pretty much any plastic that can swiped, Parashar said. With each button press, the magnetic strip on the card essentially becomes your card of choice, giving you the ability to carry around your whole wallet in just a single piece of plastic. A tiny LED screen displays the last four digits of the card you’re using along with its expiration date.

Cards are added to Coin using a mobile card reader that plugs into your phone’s headphone jack. Once you create an account for the service, Coin verifies that each card you add belongs to you and creates a mobile version of the card within the app. You can carry around literally hundreds of cards at a time in the app, and eight cards can be added to the physical card at any given time.

The device uses 128-bit encryption to secure all data stored and transferred, but it also uses Bluetooth as an additional layer of security. If your Coin loses radio contact with your phone, it will lock up and send you an alert. You can unlock the Coin with a code in case your phone battery dies, Bluetooth conks out or you leave it in the car.

It’s also designed to take a lot more abuse than your regular credit cards, Parashar said. It’s shock and water resistant, and its strip won’t demagnetize in the presence of magnets, other credit cards or electronics, he said.

Two years ago, Coin CEO Kanishk Parashar was working on SmartMarket, an app that let you pay businesses nearby using geofencing. The app wasn’t taking off. “For folks to break their habits, it just wasn’t happening,” Parashar says. “It was a bit of a chicken and the egg problem,” he says. But then he looked around and saw Square readers everywhere. People weren’t interested in geofencing, he speculated, because people would just take out their credit cards and pay anyway. “[The Square reader] works with everything that can pay,” says Parashar, “so why not build something that can pay everywhere?” This duality is at the center of Coin, his latest endeavor. Whereas a Square reader can accept any credit card, he says, Coin stores all your credit cards, and lets you pay using any one of them.

A SQUARE READER CAN ACCEPT ANY CREDIT CARD, BUT COIN STORES ALL YOUR CREDIT CARDS

Coin is based on a device Parashar hacked together during months learning soldering at a local TechShop. The device plugged into his phone, which held credit card data, and had a blade on its side with a magnetic strip, which could be swiped through any conventional credit card reader. Parashar’s device was far from an elegant solution for payments, but served as proof of concept enough for him and a small group of others to quit their day jobs and begin working on a real prototype. They started calling their idea Coin, and decided that it should only have one button. All you’d need to remember before using a Coin is that before handing it over to a cashier, you’d have to tap a button on its surface — the button serves both to activate the device’s magnetic strip and to display which credit card number you’re swiping so you don’t mis-swipe.

The idea of having all your credit cards in one physical object sounds scary, but Parashar wasn’t intimidated from the outset. “An online wallet holds your information,” he says, “and we’re just like that, but on the ground. It’s not illegal [to copy your cards] because it’s your own information.” Coin data is encrypted on your phone and on the card itself, but once again, if you lose your Coin, it becomes useless within a few minutes. But how many minutes, exactly? Parashar hasn’t yet decided on exactly how often Coin checks in with your phone, but says that it will likely be between one and ten minutes, and may even be customizable.

“The reason nobody has tried this is because the tech we’re using just came around in 2010, like Bluetooth Low Energy,” says Parashar. “It wasn’t even stable until then, and the screens we’re using were also [invented] after 2010.” Fortunately, Parashar has people on staff who are familiar with fitting lots of tech into small spaces. Two of Coin’s electrical engineers worked on the Nike+ Fuelband, and another, Guilherme De Paula, won a Bluetooth Innovator of the Year award in 2012 for his work on wearable medical devices using Bluetooth Low Energy. In other words, Coin’s team is a hardware team, not a software-payments team like so many startups today.

Coin is a reminder to consumers and to entrepreneurs that money doesn’t need to fit into a card or an app. Money can have a battery, and a screen, and anything else that helps you better spend and manage it. An electronic card is just the next step.

Though Coin has seed funding, as a hardware company it still needs to raise funds for manufacturing, Parashar said. It’s launching the product with crowdfunding, hoping to raise $50,000, though it’s not taking to Kickstarter or Indiegogo. Instead it’s taking pre-orders for the device on its website. The first backers will get the device for $50, though it will retail for $100, Parashar said. He expects the first shipments will go to buyers next summer.