How NEETprep Is Helping Aspiring Doctors Take The Plunge

How NEETprep Is Helping Aspiring Doctors Take The Plunge 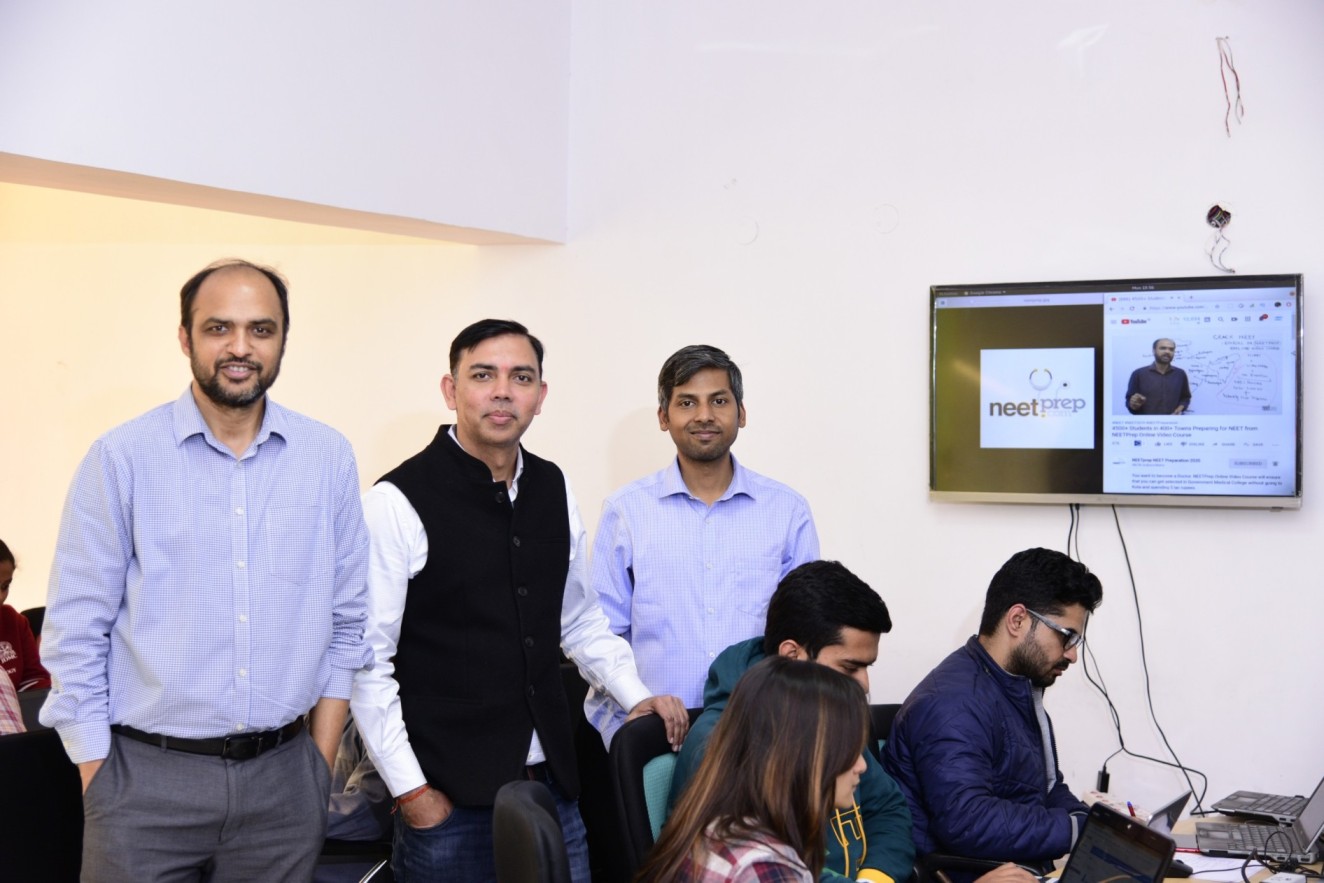 Every year throngs of students join the queue to become doctors and healthcare providers in India — with a doctor to patient ratio of 1:1445, India is woefully behind other nations when it comes to healthcare penetration. To fill this gap, the government has opened several new medical colleges in the past few years, and millions of aspirants jump through hoops and join coaching classes to break through the dreaded National Eligibility-cum-Entrance Test or NEET and achieve their medical career dream. Just last year, 1.5 Mn aspirants took the NEET test in India for roughly 66K seats.

In November last year, union minister of state for health Ashwini Choubey said a total of 11.59 Lakh allopathic doctors were registered with the state medical councils and the Medical Council of India (MCI) as on March 31, 2019.

Since 2013, when NEET came into existence, not only have the number of aspirants increased year-on-year, but the number of NEET coaching classes has also skyrocketed. To grab this opportunity, startups are focussing on niches within the test prep market — from engineering to medical entrance exams.

This opportunity is being tapped largely by test prep startups and NEET is one of the most lucrative tests in this arms race. With more than 12,000 students onboarded to their full coaching programs and over 450K subscribers on its YouTube channel, NEETprep claims to be the largest video-based learning platform for the medical entrance exam. Catering to a wide variety of aspirants, NEETprep offers Hindi and English-based coaching classes with the ultimate objective being to ace the NEET exam. Besides training material, NEETprep provides guidance, quizzes, and counseling along with one/two-year programs for candidates who want the full experience of NEETprep’s online learning platform.

“In 2015, we saw images of high school students and their relatives climb trees and buildings so that kids could cheat in examinations. It gave a clear picture that access to a good education was lacking in many states. So we decided to take it directly to the students where we build a network of teachers and use all the available online methods to help the students,” said Ghanshyam Tiwari, cofounder NEETprep.

Building a network of teachers became the foundation of NEETprep and the startup brought 200 teachers on board before it raised angel capital for the business.

Founded by Kapil Gupta, Ghanshyam Tiwari, Jay Prakash, and Anis Bari, NEETprep was actually quite a different challenge for the founders considering their background in engineering, economics, public policy, and management. Working in these fields might have been easier, but as Tiwari told Inc42, the timing of the launch mattered.

“NEET happened to us around the time when the exam was new to India. It was an uncharted space and we wanted to be the first to set a benchmark. So far in the last few years, we have dominated the space.”

What makes NEETprep an interesting profile is that despite being an online learning and test prep platform with a traditional user interface website, the platform has garnered the same kind of trust that students have for coaching classes. Within three years of operations, the startup is generating profits, Tiwari claims. He added that the startup registered about $1 Mn in revenue for FY19 with a 20% gross profit and expects to generate about $2 Mn in revenue for FY20.

For the NEET exam scheduled in May 2020, roughly 8K students have come on board NEETprep for the coaching programs.

Digital content will become a companion to a student at every level of learning – Ghanshyam Tiwari, cofounder, NEETprep

Cofounder Kapil Gupta told us that the focus on unit economics has allowed NEETprep to focus on affordability and service scale. He added, “We have believed that to maintain control in the organisation and not necessarily depend on continuous rounds of funding every six months, we need to get the unit economics right. We also considered whether the market [investors] is able to put the right amount of value for the effort we are putting in.”

Gupta added that NEETprep generating profit has more to do with a focus on the cost of user acquisition and the monetisation channels. “We are not 25-year-old entrepreneurs so we understand that if a customer is not ready to pay the right value for what you are doing at some point in time you will have to come to terms with it,” he said. The alternative would be lowering the pricing or giving crazy discounts to get more users.

On the product side, Tiwari is of the opinion that consistency in marketing and distribution has allowed NEETprep to gain efficiency that is very much needed to become profitable.

But given the huge amount of competition in this space, NEETprep is not alone in trying to solve these challenges or cater to this audience.

Heavily-funded startups such as BYJU’s, Vedantu, Gradeup, Toppr, and others have also made a mark in the test prep space, but they typically offer a whole gamut of tests on their platforms. On the other hand, NEETprep is very much focussed on the niche of medical entrance exams. On average, the platform charges INR 5000 for a single subject video module and about INR 35k for a complete two year NEET preparation course.

“With big organisations like BYJU’s and Vedantu coming into the picture, a lot of good content has been created but the challenge now is to motivate the kid to consume the content without the controlled environment of a classroom.” – Kapil Gupta, cofounder, NEETprep

Gupta told us that the challenge is around creating engagement and motivating children and students to take on bigger challenges. “How do you motivate a kid to organise himself and dedicate two years to a completely online study model while their body is going through hormonal changes with many distractions?” said Gupta, when asked what was the challenge when it comes to acquiring and retaining students.

Since inception, the focus of NEETprep has been on the Tier 2/3 student market in India, where the aspirations are super high, but access to facilities, teachers, and material is very low. There’s often no guidance for students who want to enter the field of medicine. And that’s where NEETprep is hoping to make a difference.