How Entropik Is Mapping Emotions Through Tech To Boost Brand Engagement

How Entropik Is Mapping Emotions Through Tech To Boost Brand Engagement 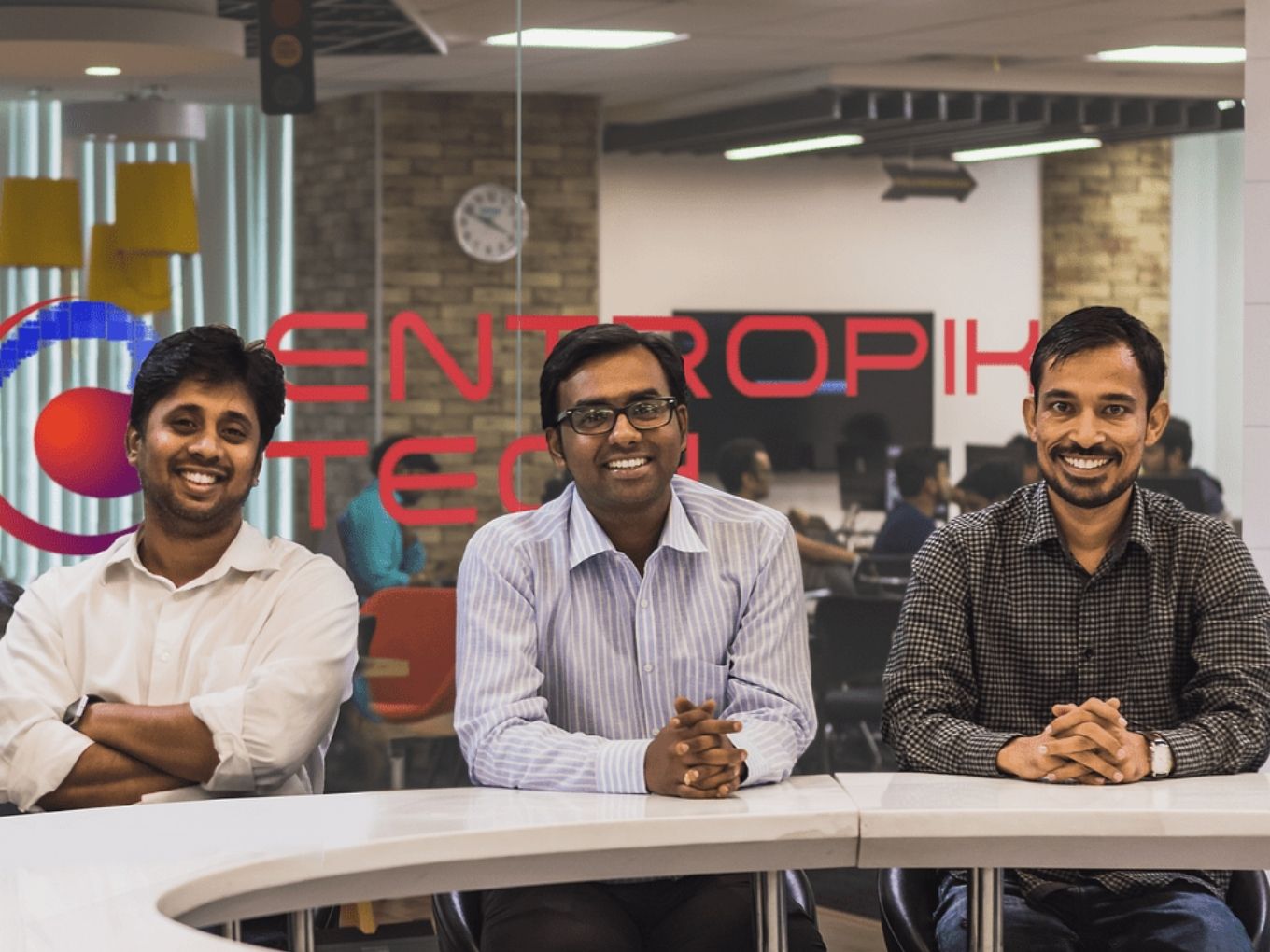 The base of Entropik’s SaaS-based dashboard for brands are its use of eye tracking, facial coding and brainwave mapping tech

Apart from testing ads and user journeys in apps or websites, the tech can be used in retail environments to gauge response to packaging

“You are the product. You, feeling something, that’s what sells,” says Don Draper in the iconic Mad Men which is set around the life of ad executives in the heyday of advertising — the 60s and 70s. And even though it is fiction, there’s more than a grain of truth to the line.

Marketers have known this for a while now that products don’t sell just based on what they offer and what the pricing is alone, but on what feelings they evoke in the buyer. As a result companies spend a huge part of their budgets on heart-tugging advertising campaigns, designing delightful user experiences either through product packaging or through UI and UX. Anything that can engage or emotionally connect with the customer.

Though some of these decisions are made based on historical data and surveys, these haven’t been as accurate as companies spending millions would like them to be. There are two major reasons for this — one, respondents in a survey might be biased due to incentives or might not be sure of what they specifically feel. Another problem is that collecting and analysing survey data is a time consuming process that modern companies can’t afford to wait out.

Founded in February 2016, Entropik Tech is one among several up and coming startups in the emotion analytics space that are trying to solve this problem with artificial intelligence-based tools that track what survey respondents are feeling at a subconscious level rather than asking them what they feel.

Entropik’s product is a SaaS dashboard called Affectlab.io that companies can use to slice and dice emotional responses to ad campaigns and app interfaces to make better UI/UX decisions.

The Bengaluru-based startup was founded by Ranjan Kumar, Lava Kumar and Bharat Shekhawat. While Lava has worked as a product manager at Yahoo, Motorola, Nippon and a few startups, Shekhawat is software engineer with experience in data science at companies such as RedCastle, Bigpaa and Aloha Technology.

For Ranjan Kumar, Entropik is his second entrepreneurial venture — the first called RedCastle ran from 2012 to 2015 and worked in the marketing solutions space. After scoring an exit with the startup, he worked at Citrus Pay as its business head till the fintech company was acquired by PayU.

After that stint, Kumar’s idea was to build a product that would have a technological differentiator from Day 0 — he didn’t want his next venture to suffer the fate of the first one which didn’t have much promise due to lack of differentiation in a crowded space.

At that point of time, the $70 Bn market research space caught Kumar’s attention. “95% of decisions made by a consumer are emotional in nature and not much work has been done in the space”, he said. 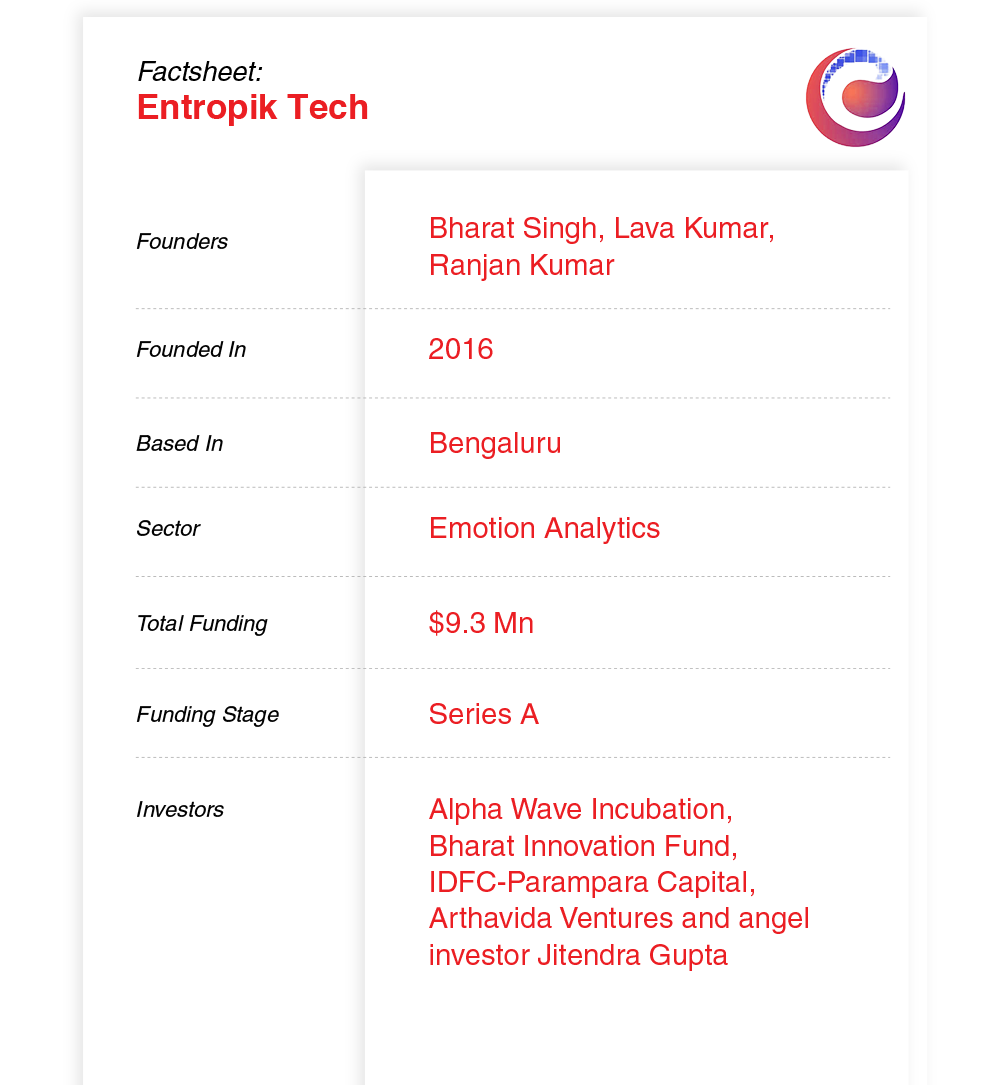 The base of Entropik’s SaaS dashboard are three technologies — eye tracking, facial coding and brainwave mapping. While the first two are done remotely when a respondent logs in to the site and gives permission for the webcam to track, the brainwave mapping happens through a headband supplied by vendors at their in-house lab.

In the eye tracking piece of the software, the movement of the pupils is gauged to glean insights about which part of the screen respondents look at while watching an ad, a movie trailer or browsing an ecommerce site. “This becomes a strong data point for clients to understand that ‘Okay, 28th second to 30th second part of the ad is where the user’s attention is low. So this is the particular segment of the ad which is working/not working,” said Kumar.

For the facial coding part, the respondent’s insights from a respondent’s expressions are gleaned to arrive at insights about which parts of the content evoke what emotions such as happiness, sadness, passivity et al.

Brainwave mapping, the third piece in Entropik’s emotion analytics suite, is done with a wearable EEG (electroencephalogram) headband that picks up electrical emitted in the brain. “What it measures is neural activity in the frontal lobe of the brain. For instance you get 4 Hz — we tell you what does it mean… Is the user happy, sad, excited or relaxed?” said Kumar.

The data captured from these three methods can then be combined to arrive at conclusions about what changes need to be made in the UI/UX to engage the viewer better.

Apart from ads and user journey on an app or website, these technologies can also be used in brick and mortar retail where for testing the packaging style and placement of products in a store, according to Kumar.

To do this, shelf view and pack view videos are shot by professionals using a 360-degree view camera and then the footage is used to create a virtual retail shelf. Respondents put on a VR headset so that they can see the packs deployed on the shelf and then eye tracking and facial coding are used to create heatmaps of what they notice and how they react to products on Entropik’s SaaS dashboard.

When a company registers a request for a test on the dashboard, Entropik sends out the test to a fraction of its panel of 50 Mn respondents across 110 countries depending on the number sought by the customer and the demographic where they want to launch their product.

The data is then fed into its proprietary artificial intelligence/machine learning algorithms that crunch the numbers against historical data to derive insights.

“We have 17 patents filed across all these technologies. The algorithm side of it is what our core IP is”, said Kumar.

For a mid-sized company, it’s a DIY platform where they can log in and run tests which they require. The data is available in 48 hours rather than the 3 weeks that focus group discussions and surveys take, according to the founder.

The startup also offers consultancy services to make recommendations on the basis of its pool of data which is mostly availed by bigger companies. “We have a consumer insights team which actually sits on a huge amount of benchmarking data… Over a period of time we have done so many ad tests and so many digital experience tests we know what is good, bad and ugly,” added Kumar.

Since the entire premise of the product hinges on analysing data, amassing more of it means the technology gets better. This is important given the fact that startups in the emotion analytics space such as Affectiva and Realeyes, incubated by MIT Media Labs and Oxford, respectively, have been around for more than a decade now.

While Affectiva claims that its services are used by 25% of Fortune 500 companies and over 1,400 brands, Realeyes counts Coca Cola, Hershey’s, ebay, Nestle among its clients. Moreover, these companies are backed by a huge stash of venture capital — Affectiva has picked up 53.3 Mn in funding whereas Realeyes has 33.8 Mn in its kitty.

While Kumar conceded that these companies are doing interesting work, he stressed that at the end of the day it’s the amount of data that a company has acquired over a period of time will determine who succeeds and who doesn’t.

“We are currently the second largest repository of human emotion data globally with about 26 million datapoints. This collective intelligence gives us an edge,” he said.

Getting Down To Business

Leveraging this sea of data, Entropik has onboarded brands such as Xiaomi, ITC, JPMorgan, Sony, Victoria’s Secret and Myntra, among others. “From a go to market perspective, we directly work with brands — so that approach involves reaching out to the consumer insights teams of these brands and telling them what we can deliver,” said Kumar.

The second approach is working with companies not after they have already built a product but right from the prototype stage so that the design and development can be optimised with historical data that Entropik already has.

But it’s not only selling consumer products that the company aids in — edtech platform Vedantu is using the dashboard to analyse student behaviour — by gauging at which points during a class respondents are attentive to a lesson and where their attention is wavering.

“Education is a key vertical area where our solution is able to provide not just how users are just rating your programme but also a cognitive measure of how a student is learning,” said Kumar, adding, “Our services can help wherever there is a video as a touchpoint and there’s a face in the equation.”

According to Entropik, using its services has resulted in companies being able to cut down their customer acquisition costs by 63%, increase customer satisfaction by 32%, and drive up organic virality of content by 3X. However, achieving these metrics doesn’t come cheap. 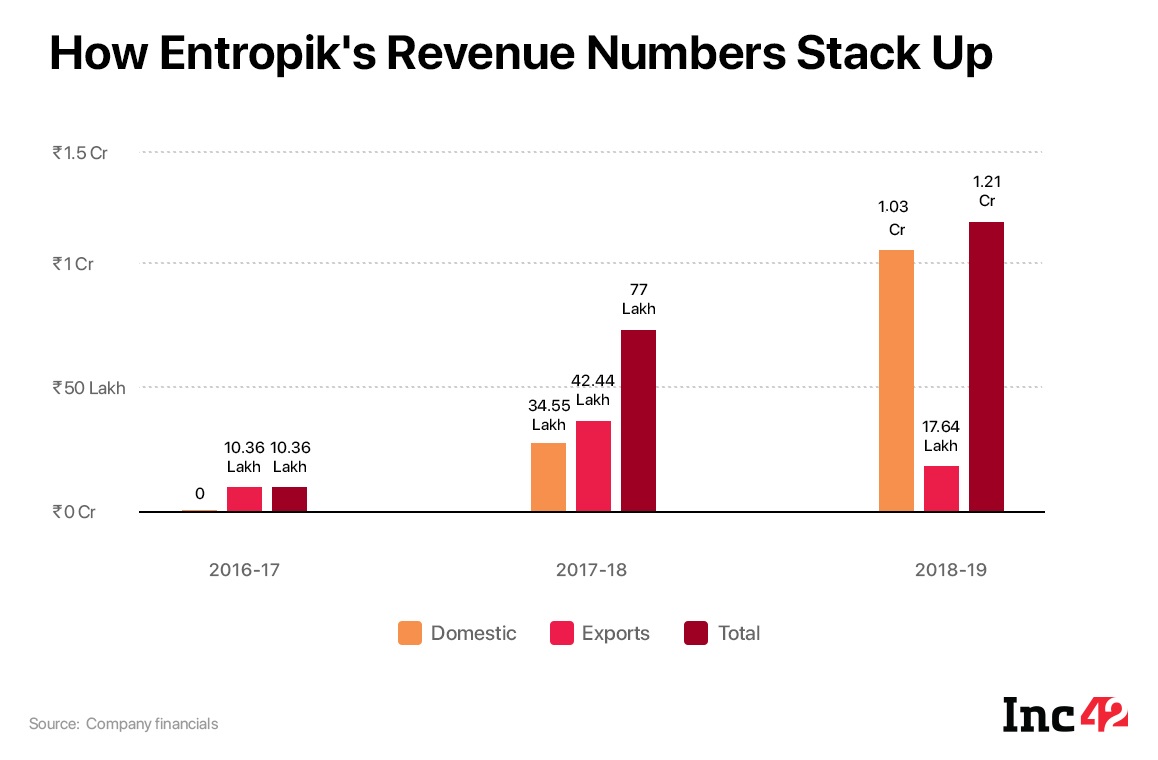 The pricing and its stellar list of clientele has helped Entropik increase its revenues at a fast clip. While it reported revenue of INR 10.36 Lakh in FY17, the figure shot up to INR 77 Lakh in FY18 and INR 1.2 Cr in FY19, according to company financials accessed on Tofler.

According to Kumar, about 75% of the company’s revenues are accounted for by clients abroad but Inc42 couldn’t verify the claim since Entropik hasn’t filed its FY20 financial report yet.

Onboarding global clients is a major focus for the company since it has built capabilities to cater insights on demographics across 110 counties.

The company seeks to fuel its expansion plans with a Series A funding of $8 Mn that it picked up in September. The round was led by Alpha Wave Incubation, Bharat Innovation Fund, IDFC Parampara Early Stage Opportunities Fund, Arthavida Ventures and Jitender Gupta, Kumar’s former boss at Citrus Pay and PayU.

According to Kumar, emotion analytics is still nascent and there are a lot of possibilities for the company in terms of futuristic technology.

“Imagine you are watching an ad and it automatically plays out to a certain length to hold your excitement… Those are things that are going to be coming up,” he said. “The guys who are able to do it will be the ones which have the biggest repository of data points.”