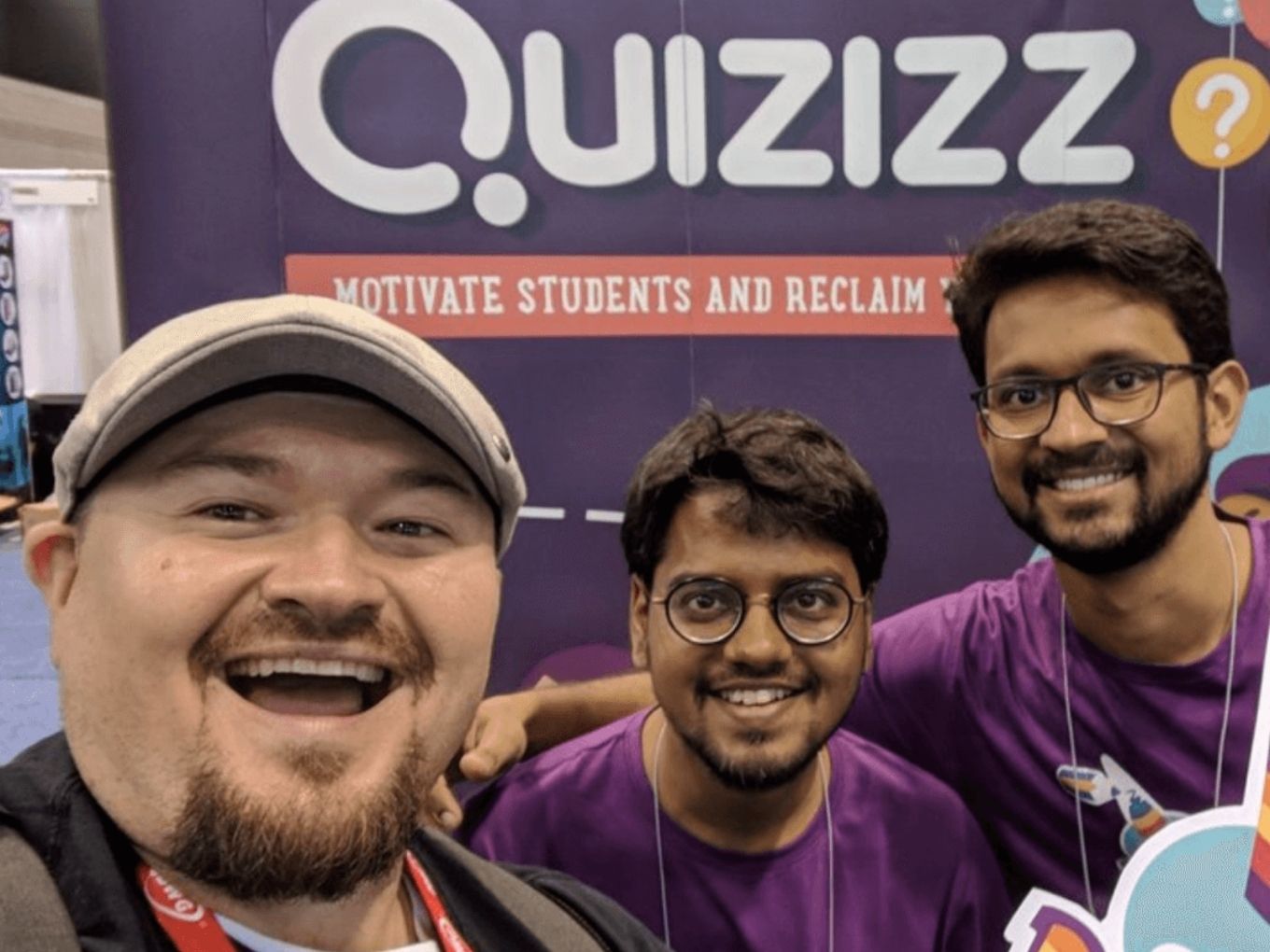 Quizizz’s app is being used by teachers in over 150+ countries, where 50% of users come from the US, followed by Southeast Asia and Europe

When John Corippo, a leading educator and an influential teacher in the US revealed his favourite edtech tool Quizizz and how it changed vocabulary learning at a talk show called ‘10-minute teacher podcast’ with Vicki Devis, little did we know that this Indian app is creating a massive buzz globally.

From private schools in the US to low-income schools in Kenya and international schools in India, everyone is signing up for Quizizz that seems to be gaining a lot of traction among the teachers and students. With close to 50% of its user base in the US, the Bengaluru-based startup is being used by schools in California, Michigan, Alaska and plenty of other states.

The company also claimed that its app is being used by teachers in over 150+ countries, including Indonesia, Kenya, Saudi Arabia, the UK, Australia. It recently recorded 65 Mn monthly active users (MAU), witnessing a 30% increase from the 50 Mn MAU in June this year. This puts it in the ballpark as global edtech players such as Udemy, Duolingo, Khan Academy and Coursera.

“Hopefully, we will look to touch 100 MAU in the coming months,” said cofounder Ankit Gupta.

And according to him, this is without spending a single dollar in marketing.

Founded by Ankit Gupta and Deepak Joy Cheenath in 2015, Quizizz uses the time-tested quizzing method to help people learn or teach topics and subjects around their interest areas, in-person or remotely. Following a freemium model, Quizizz is free to use, but extras such as detailed answer explanations, custom topic tagging and reporting, performance dashboard, analytics, premium question repositories and other value additions.

Creators, casual users, teachers and even business users have the option of choosing from 100+ Mn questions from Quizizz’s repository to create quizzes on any topic. The learning environment is less like a classroom so students or participants can answer at their own pace instead of feeling the pressure to keep up with others.

It’s still early days in India for Quizizz with just a few international schools on board. Now the startup is looking to integrate Indian regional languages to boost adoption, but does admit that technology-enabled learning has only recently grown in India.

It’s also working with businesses and nonprofits around the world for employee engagement activities and corporate training. Some of its clients include AWS in the US, Discovery Network in Norway as well as Deloitte, who are using Quizizz for industrial and security training.

This is part of the subscription play for the startup as employee engagement and corporate training programmes will be a steadier and larger source of revenue in the long run.

According to the company’s filing under its Indian subsidiary ‘Atqm Learning Solutions Private Limited,’ generated INR 3.1 Cr in FY19, a 40% increase compared to the previous fiscal year. The EBITDA was INR 34.5 lakhs, an increase of 29% compared to FY18. However, the company did not reveal the latest revenue figures, but claimed that ever since they started monetising in this quarter, they have been profitable.

The recently-launched subscription model called Quizizz Super is priced at $19 to $48 per user per month, which is customisable for business users.

Edtech has been the most exciting sector for entrepreneurs and investors, globally. While India’s edtech startups like BYJU’s, Unacademy and others have continued to etch India’s name in the global market, the next generation startups like Quizizz are looking at the market vividly.

But, the question is how is Quizizz any different from a plethora of edtech startups. To this, Gupta told Inc42 that most edtech solutions that exist today are looking to approach the problem more like a supplementary education outside what happens in the school. “We believe that the learning happens at school and if we want to see a real impact in education at a global scale, the best way is to empower the teachers and students,” he added, stating that its approach to the problem is slightly different compared to other players in the market.

Globally, some of the companies that compete with Quizizz include Norweigian app Kahoot (Backed by Disney and Microsoft), Quizlet, Brainscape and McGraw-Hill Connect, who also fall under the category of quiz gaming and flashcard apps. Besides these are casual quizzing apps that also have rewards for users, such as Quizup and HQ Trivia. Also, the revenue model of these apps are built on classroom use, while Quizizz is focussing on corporates and nonprofits.

“These are all mostly pen and paper-based quiz apps, however, we, on the other hand, look to make learning more engaging and fun via gamification and analytics,” said Gupta, stating the USP of the company.

Updated December 19, 2020 | 11:00: Previously, the article had erroneously mentioned HQ Trivia as defunct. The company claimed that it is now operational and was relaunched back in May after the app was shut down for two months.