2 Years, 1.5 Lakh Users, $58.6 Mn GTV: How Fintech Startup Happay Is Helping Businesses Manage Their Expenses Down To The Last Penny

2 Years, 1.5 Lakh Users, $58.6 Mn GTV: How Fintech Startup Happay Is Helping Businesses Manage Their Expenses Down To The Last Penny 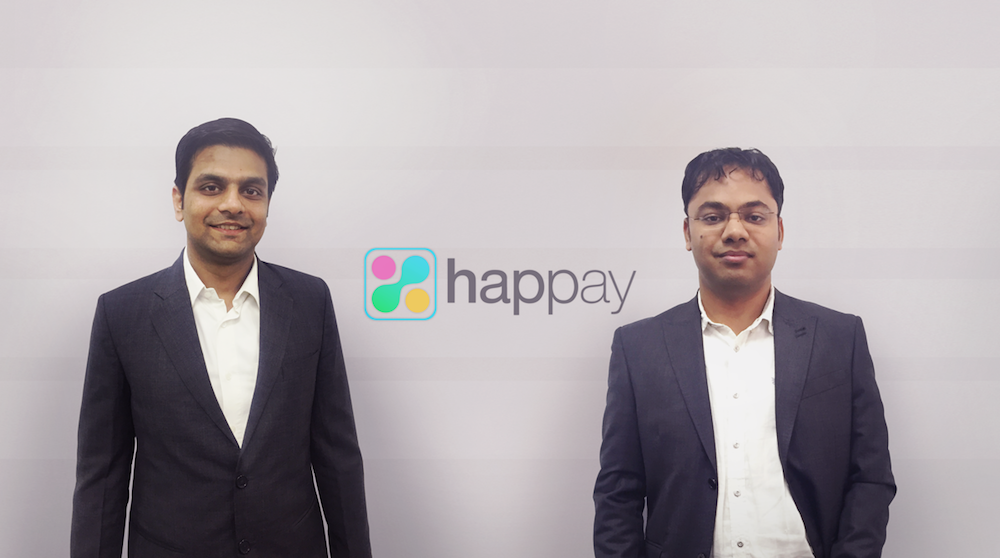 Starting up and becoming an entrepreneur is the new ‘IT’ thing in India. And for this duo of IIT Kharagpur graduates, it was no different. “The entrepreneurial bug had bitten us during our college days only and we used to discuss many ideas,” begins Anshul Rai, one half of the founding team of fintech startup Happay.

Like many others before them, the other co-founder Varun Rathi and Anshul started off their career path with renowned tech firms in 2010. But, their hearts were not in it. Anshul further adds, “Once I started working with Microsoft Research and Varun, with Tata Power, we finally zeroed down to the one problem we faced every time – splitting up bills and paying our friends back in a hassle-free manner.”

This was during a time when people still did not like to use technology to make payments as it was considered a very cumbersome and long process. Also, to remember umpteen passwords while making online transactions was one hell of an ask. The duo came up with an idea – to become the ‘Paypal of mobile numbers’ and to make peer-to-peer (P2P) payments a happy experience. And with this very simple idea, they started Happay in 2012 – short for ‘Happy + Payments,’ the company’s core belief.

However, this simple road soon turned towards a B2B model and now Bengaluru-based Happay boasts of working with most of the leading corporates, helping them manage their business expenses minutely.

With a team size of 200, the startup has, to date, tied up with over 2500 corporates which includes names such as Aditya Birla Retail Ltd, Health & Glow, YourStory, Subway, Ayurveda hospitals, Unnati NGO, Ibibo group, Uber, Grofers, Urban Ladder, Knowlarity Solutions etc. The company was bootstrapped more than two years and raised a Seed round of $500K from Prime Venture Partners in April 2015.

To take a general perspective, a consumer business is considered more lucrative in terms of ability to reach and scale, rather than a B2B model. The founders of Happay initially thought the same when they began conceptualising the initial idea of P2P lending. The duo took a year to understand the existing payment mechanisms and the regulations which govern them, before getting their first product out in 2013. As Anshul says,

“At that point, Happay was the first-of-a-kind, platform-agnostic product that worked on GPRS technology and allowed P2P payment solutions with mobile being the enabler. The product was focussed on simplifying peer-to-peer payments, mobile and DTH recharge, and we were soon planning to expand payment services for merchants at brick-and- mortar stores.”

The founders did well with the model till the end of 2013, and had reportedly amassed more than 200,000 users – mostly college-going young students. “However, we felt that the revenue model was not strong,” says Anshul.  He further explains this with: while loading the wallet, the company would have to chose close to 2% as payment gateway charges. So, the founders had to earn this 2% plus their profit margin from the merchants. “As the retail industry in the country works on wafer-thin margins, it was impossible for a closed loop wallet to scale up its merchant base to make profits,” he adds.

While they were struggling with the ‘Yes-No’ of continuing with the startup, they started receiving requests from corporates to address their problems with payments. As he recalls, “We realised that the gaps in corporate payments were much wider and there was no innovation in B2B space. Hence, we shifted our focus to B2B payments.”

The New Vision: To Help Businesses Keep A Check On Expenses 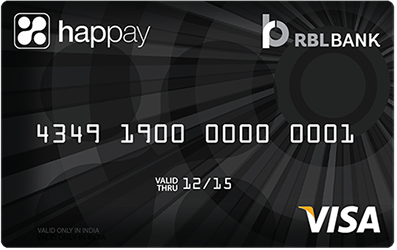 Just like with their first product, the founders took an entire year to again understand the B2B domain from scratch. While they built out the B2B version in early 2014, the final product was launched only in February 2015. So, what was new with Happay this time?

As Benjamin Franklin rightly said, ‘Beware of little expenses. A small leak will sink a great ship,’  the Happay founders had a similar vision. As Anshul says, “Our aim is to help businesses manage their expenses and keep track of every penny that goes out of their bank account.”

Expanding further on the statement, he elaborates that any corporate usually has to manage its business expenses under four categories – employee adhoc, day -to-day operations, vendor payments, and salaries. While salaries are quite fixed in nature, the other three are extremely variable, cumbersome to accumulate and need constant tracking on real time basis.

For instance, employee adhoc expenses include travel, phone, food, petrol, and similar kind of petty charges. The reimbursement process involves the employee to fill up either an excel sheet or list and submit all expenses with bills (which can be faked).

To sort this out, Happay issues a customised Visa/Mastercard in association with HDFC and RBL banks, to the corporates depending upon their requirement. With each employee having their own card, the expenses carried out are reported on the go and are accumulated automatically on Happay’s mobile app.

The snapshot of the report can then be sent to the managers and finance teams who can verify them from web or mobile and import this expense data to their accounting system.

”So that, in the end an employee does not have to spend from his pocket, you control the input and out of wallet and, at the same time, can easily track the expenses in real-time. You can even limit them when they exceed,” says Anshul. He further adds,

“Our cards are most beneficial to the employees who are constantly travelling. Hence, we are mostly partnering with travel portals, food and entertainment outlets. The other criteria is to tie up with companies which can facilitate our client’s business & help their employees. These cards are universally accepted. Just like any other card, they can be used, both offline & online. So the employees can swipe the cards or make online transactions or even withdraw cash from the ATM.”

“When You Pivot, It Seems Like The  World Has Changed”

As there are always two sides to a coin, behind every success, there lies a mound of challenges to overcome. As Anshul says, “Even though the B2B model seems to be more viable and stable to us, on the investor front, we found that they consider B2C with more opportunities, and are not so excited to invest in such startups.”

Additionally, to reach out to other businesses is another challenge for them. He adds,

“For instance, although many have started shopping online, but majority of the population is still buying offline. Think of businesses and large corporates – they are majorly offline only. And it’s not like I can use any organic channel like selecting a Facebook ad or a Google ad to reach them.”

Next, when the team shifted from B2C to B2B, the entire sales strategy had to change. As Anshul says, “Imagine this. When you started the company a year back, you hire and train the entire team with a consumer perspective. Now, when you shift, the whole company, the whole mindset needs to  change for the entire team. It seems like the whole world has changed.”

“None Of The Existing Players Are Doing What We Are Doing”

“However, Happay is the only solution which is merging the two. What Happay provides is the card which is integrated with the software. It is an amalgamation of a card powered by a software which allows the management to track the transactions on real-time basis, set limits, and policies, fund instantly and it can be seamlessly integrated with the accounting software. None of the players existing in the market are doing the same.”

He further explains, “When we get a corporate card from the bank, at the backend, we are just another consumer for the bank. Anytime a swipe is done, it will be logged in as a transaction into the account of the corporate. However, the requirements of a business are way ahead of this transaction. When an employee swipes a card, that transaction needs to be categorised as food, travel, medical, etc., plus it has to be approved from the manager, mapped to the right cost center and then needs to get into the account books of the finance team to be finally reimbursed to the employee account. Happay does all this.”

Recently, Happay has launched a new version which is a multi-wallet card and has the power of multiple cards in one. As Anshul concludes, “Happay understands that every business is different and has its own unique challenges, so there’s no one-size-fits-all kind of a product. We have made our system highly configurable, wherein the product is customised according to the needs of the company. Further, in FY 2017 we plan to double our Gross Transaction Value (GTV)  from the $58.6 Mn (INR 400 Cr) in FY16.”

With a comprehensive and agile solution and the drive to see its ‘Happy + Payments’ vision through, the company is just raring to go.

The fintech sector is changing rapidly, drastically even. With measures such as the demonetisation drive announced by the government and the subsequent move to turn India into a Digital Economy, it is startups who stand to gain the most in the coming months and years. The Indian fintech software market is expected to reach an estimated $2.4 Bn by 2020. With this sizeable pie ready for the taking and unique solutions emerging for a tech-friendly population, again, it will be startups who stand to gain the most.

While banking in India is undergoing a period of reflection and innovation, companies such as Happay with their agile business models and a cautious, forward-thinking nature are sure to pave the way to a more digitally-connected India. Currently, Happay does not seem to see any threats, but will it be able to maintain its pace and gain in revenue and growth – that is a question to be answered at a later date.