From Grexit To Hiver: How This SaaS Startup Utilised Gmail To Provide Next Level Customer Support

From Grexit To Hiver: How This SaaS Startup Utilised Gmail To Provide Next Level Customer Support 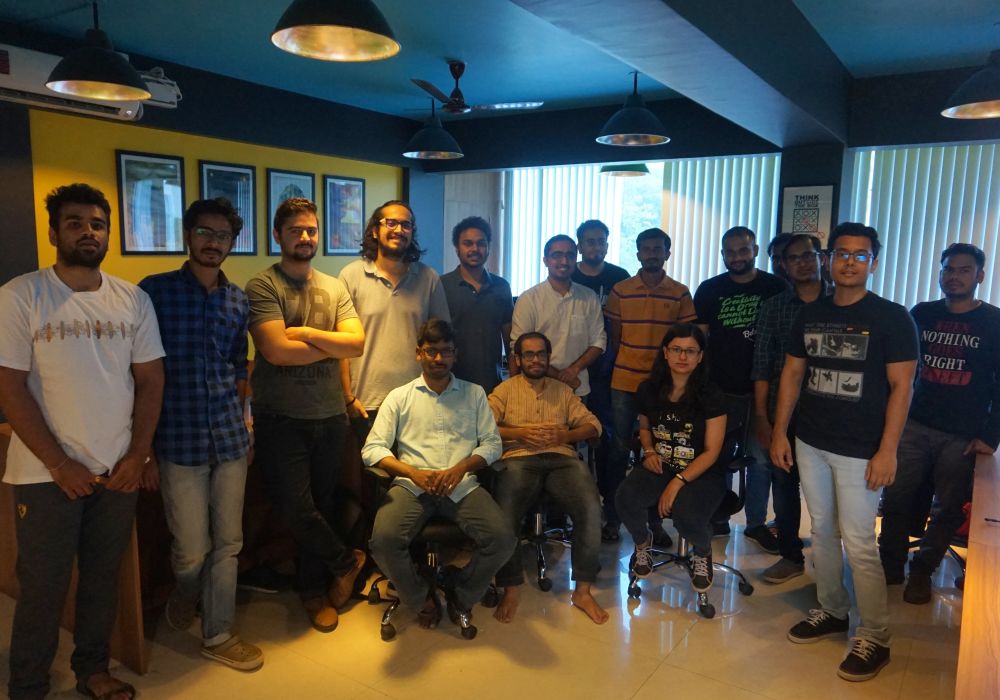 Bengaluru-based SaaS platform Hiver (previously Grexit) has had an auspicious beginning. First, it was part of the famed Morpheus Accelerator in 2010. For another, the founders Niraj Ranjan Rout and Nitesh Nandy managed to raise an initial round of angel funding to the tune of $175K in 2011-12. The likes of Paytm CEO and founder Vijay Shekhar Sharma, consulting company Citrix’s Accelerator participated. And, lastly, the Hiver platform runs on the most ubiquitous Internet communication tool of all – Gmail.

Gmail is the defacto mode of communication when one uses the Internet. Be it a brand, a services company or an individual. But, using Gmail becomes cumbersome for a team, when it comes to sorting through trail emails to get to instructions that require execution – such as helping a reporter like me schedule her interviews with the concerned sources, without losing sight of the main objective.

“The idea was to create a tool that helps companies create a knowledge database using workflows inside our platform,” begins Hiver’s co-founder Niraj Ranjan Rout. “Morpheus’ largest contribution was invaluable for us. Because it helped us with all the initial teething problems a startup could face. From ideation to product validation, to become a sounding board for trying new ideas and even introducing us to our angel investors. They were kicked enough to try the product first, though.”

Grexit (at that time) released the platform in public beta on the Google Apps marketplace. It was introduced at $2/user. Niraj informs me that the company had amassed enough customers to declare revenues of $2000 per month in 2012. But scale in revenue and user traction is the first metric any startup goes by. So, the team of two decided to move away from their initial simple knowledge base platform into something a little more complex and meaningful for their customers. 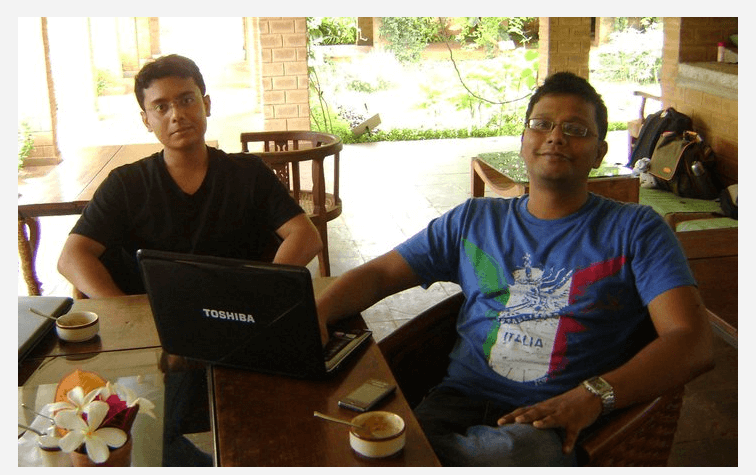 Grexit: Not Just A Gmail Knowledge And Task Repository

The SaaS platform was built on the central idea of the knowledge database being created by the teams using the product called Grexit. The first 1,000 customers were using the platform to collate workflows and figure out tasks that needed execution. But they still needed to go out of site to access these tasks – be it scheduling a call, or inputting a doc or addressing a complaint.

Plus, it became laborious for users to differentiate the tasks into different categories. So they would not overlap with each other as well as oversee the different workflows as a whole. The team brainstormed on how to create a common access and came up with the idea of Shared Labels. The shared labels worked thus each team could create their own labels for the kind of department they were in. For instance, HR could have an HR label, which could further be divided into individual tasks. For instance, employee leave could be one label and potential hires could be another.

Note, a single label, was shareable across all email chains on Gmail created within the platform, to enable conversations regarding the labels too within the team, as well as outside of the team. So, the HR head could share a Grexit Note with the CEO to confirm a potential hire and so on.

They also upped the price to $7 per user/per month and the customers stayed on. “We were a zero sales company for the longest time. The product – website and FAQs page – did all the talking for us. I guess that’s why our customer retention rate is 70% at the moment,” Niraj divulges.

But one of the biggest iterations that happened on the Grexit platform was embedding email templates. This meant standardised content that could be used across communications, as well as email reminders and tracking. The company boasted of a small six-member team till May of 2015 and chose not to spend on hiring for sales.

“We have never done personal demos – we optimised the website and the signup process. It was so people could come on the platform, input their credit card numbers and set themselves up without our help. For everything else, we had demo videos, chatbots, email as well as the FAQs page.” In keeping with their philosophy, Grexit founder Niraj reveals that one of their latest clients is a mid-sized company from New Zealand. The company booked 150 seats without a single phone call.

The company had introduced a new product – Mailflo – in 2014 that was a more intuitive, standardised version of the existing platform. It was incepted as a helpdesk solution. A solution mined from the data collected by the company for the primary users of the Hiver platform. The shared label was used to distribute task assignments but it was cumbersome and had no common flow.

Mailflo was successful enough that, within a month of being launched, it had SaaS companies as customers. Within a year, though Mailflo’s capabilities were integrated back into the company with additional functionalities. This was because the team realised they didn’t want to manage two brands. Resources were being underutilised.

The new product was also focussed on the helpdesk process. The first thing a user had to do was integrate their email address. This was an add-on function from the previous versions of the product. The other addition was the concept of ‘Shared Mailboxes.’ It has now turned into the company’s main product, priced at $14, a 100% jump from the previous pricing. Shared Mailboxes was launched in July 2016.

Shared Mailboxes basically allows for a centralised workflow of the customer support aspect of a company. By signing onto the platform, a user will be able to integrate customer support email between an individual or multiple users under a single flow. These can then be subdivided into different functions. These functions could be pending, in the process, and done with tasks assigned to different individuals. The status of each task could also be changed as and when required.

With the notes function (which functions like the comments function in the Google suite), one can interact with team members in a single email. The shared mailbox also allows for the customer support team to respond as one in any outgoing emails that need to be sent. This account for seamless communication. As with all SaaS platforms, Hiver also allows for measuring and tracking of conversations. This is done so in order to increase efficiency and TAT (turnaround times), as processes become easier to manage. 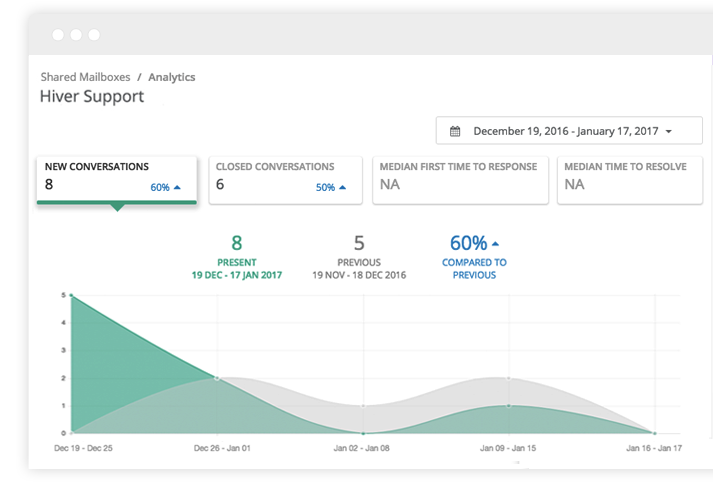 One company. 2 major updates and each time, the product has been monetised and scaled. Yet, the team never stuck to the same product. They were always looking to change it, refine it, almost as if they were searching for the Holy Grail. The Holy Grail they seem to have stuck with for the last two years in the form of Hiver.

Hiver – is a wordplay on the busy and organisational nature of bees. When asked about the reason the company rebranded itself from Grexit to Hiver, Nitesh was candid. He admitted that it was a two-year-long drawn out process for two reasons. To scale back operations by pulling Mailflo and integrating it into the existing platform, and they did not have enough money to on-board the product.

“We were four engineers and the two founders till May 2015. It was only with integrating Mailflo that we were able to hire more people and the team grew to 13 in June 2015. And we were still a zero-sales company, at the time.”

The Hiver team currently stands at 23, all operating out of Bengaluru.

Nitesh does reveal, without going into sales figures for the current financial year, that the company became profitable in the first one and a half years of operation. It has remained so throughout the pivots.

Of Clients And Competitors: What Sets Hiver Apart

The company’s current roster of clients includes small and mid-sized companies. It has a few marquee names such as Lonely Planet, CBS Interactive, Airbnb, and Pinterest. The clients buy an average of eight seats, i.e. eight users at $14 a month. “Support is a key function for almost all kinds of businesses. So we have companies dealing with architecture planning, law firms, shipping, utilities, other SaaS companies. We don’t have priority customers, though. Because we believe that a good SaaS company does not depend on just one major client for revenues. A metric that investors go by.”

The company counts international behemoths such as HelpScout, Salesforce, Microsoft Dynamics as competitors. Local incumbents such as Zoho, Freshdesk also come under the customer support play. But the one thing that the company has always banked on is the fact that it is completely Gmail-based. “Shared mailboxes and all the functionalities that came with it, really helped us pit Grexit/Hiver against the competition. In fact, we have an instance where Helpscout’s customers publicly chose us over them.”

Nitesh admits that reviews and testimonies as having played a key role in the way Grexit/Hiver was able to amass and retain customers. It is also a completely intuitive (nothing to learn) platform that is one step ahead of the email inbox accessed by every individual working in customer support. 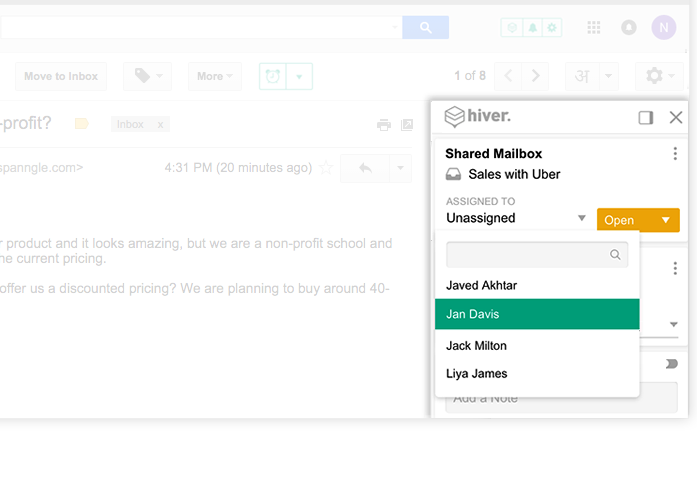 Challenges Of Selling Saas From India

Perhaps, this is one reason why the SaaS company has always focussed outward – towards the US and Europe for customers. Nitesh shares that people outside of India were just the fastest to adopt this tech. The Hiver team parlayed that into their inbound marketing strategy. He claims that there is no challenge in selling SaaS from India, even going so far as to say that they work India timings. But he does admit that the challenge is all about logistics on the business side of running things.

Nitesh reveals that the company is now headquartered in Bengaluru and incorporated in Delaware, Colorado.

Hiver And The India SaaS Connect

There are, of course, benefits to selling SaaS from India. Lower pricing due to lower Capex and Opex costs is a major factor in the company’s profitability trajectory. Nitesh does add the caveat that the product is priced ‘competitively.’ As he opines, there is no point in selling cheaper unless there is a strategic advantage to it. Much like every other SaaS company owner, he also laments the lack of hiring talent in the country. But add that it is a drain that ecommerce companies in Bengaluru are plugging, over the years.

“These companies are now spreading the talent. They are helping bridge the gap in terms of technical proficiency and out-of-the-box hiring thinking like the US. As world-class talent is still expensive by Indian standards.”

Regardless of these challenges and issues, the company’s future roadmap is product-facing. To make the UX more convenient and simple. A particular automation feature Nitesh mentions is to simplify email follow up – both with usage and tracking.

Insights From A SaaS Pro

With a fair number of ups and downs in the six-year journey of a SaaS company, Nitesh is qualified enough to dole out a few key learnings and insights to aspiring SaaS entrepreneurs entering the field. He cautions against being too product or tech-focussed when you should be understanding and defining the market as whole. “Play in a big market by providing a niche solution.”

And the other learning he gives is to define the core of the company in 140 characters. “It’s not about creating buzzwords, but making an impact. It’s a great way of cutting through the crap. Driving your company in the right direction if you can decide what you’re going to do in one line or less,” he ends confidently.

For a company that is still deciding what it means – through product iterations and a firm gaze towards capturing the multibillion-dollar customer service market, the advice seems to be self-learnt. And worth following.