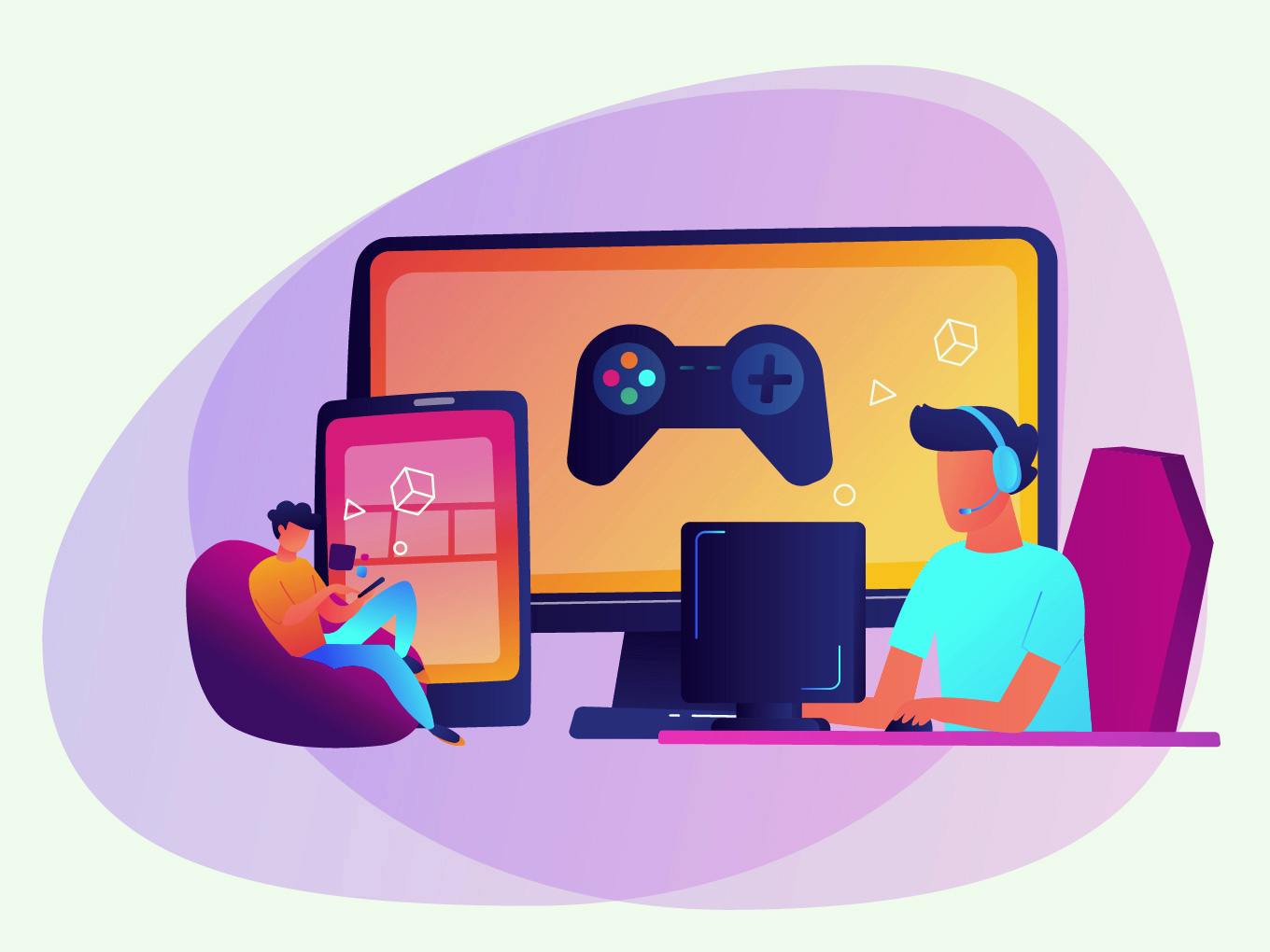 The esports startup has a presence in India, Singapore, South Korea, and Los Angeles

Online gaming has passed the status of a fad and has become a serious industry with investors and celebrities such as Famous Rapper ‘Drake’, Michael Jordan, Mark Cuban, Jennifer Lopez, Ashton Kutcher, Rick Fox, and Magic Johnson betting their money on the industry, given the potential it holds.

Global eSports is the latest entrant in the online gaming segment in the Indian startup ecosystem. Run by a team of paradoxes, achievers, and people passionate about gaming, Global eSports is a professional esports organisation that owns teams across the globe in various titles such as Fortnite, Overwatch, PUBG, Rainbow Six Siege, and soon expanding to PUBG Mobile, League of Legends, Call of Duty etc.

There’s a thin line that demarcates video gaming and esports — the latter is a more competitive form of video gaming with a much larger potential to become a multibillion-dollar industry given the possibilities it holds of becoming a host to major competitions and teams, much like the IPLs and ISLs that we see today.

However, it was pure passion and love for video gaming that brought GE – short for Global eSports, an online gaming startup — to existence. Dr Rushindra Sinha, all of 28, is the CEO of Womens Hospital, an avid gamer, he co-founded a Los Angeles-based social media startup and a Stanford Graduate. 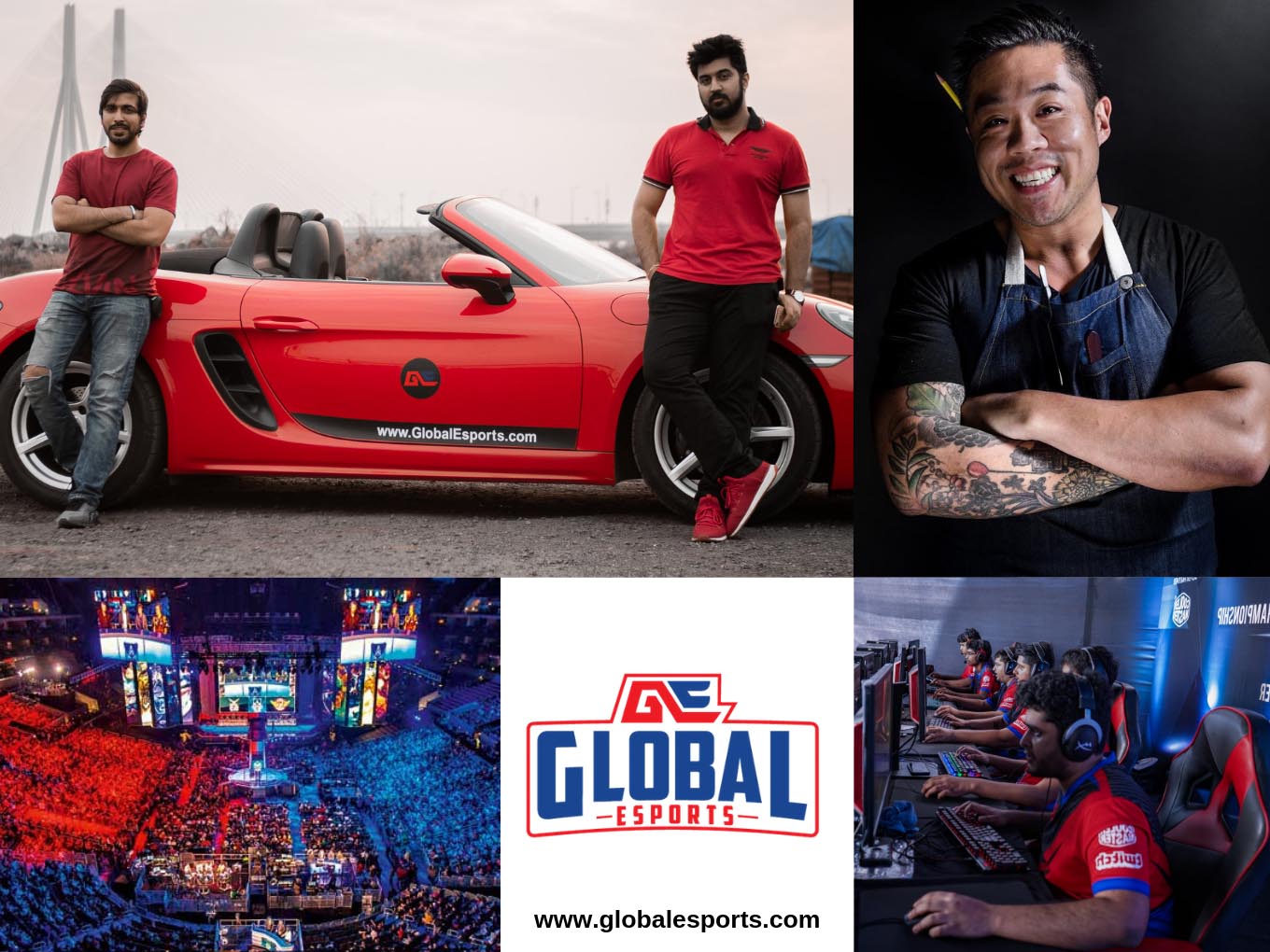 The inception of the first team of Global eSports was a matter of chance. The Indian Overwatch (game) team, which had hired Sinha for his excellent gaming skills, got back to him saying the team had been disbanded due to lack of funds. Upset about by the fact that such a talented team of players was going to break up, Sinha took it upon himself to find sponsors for the team and, if need be, sponsor them himself. Soon, Sinha found himself drawing up papers and creating a formal entity — Global eSports — and signed in his first official team. Before that the only GE branded event was the hosting of a Dota 2 viewing party for The International 2017.

“What started with 10 friends watching the tournament together grew into a 100-person event with sponsors coming onboard and became the first official GE event,’’ says Sinha.

Global eSports prides itself on being a “100% players-first team” and then a content-driven organisation which hosts tournaments and events. The current Global eSports team has a combined experience of over 100 years in gaming and the team members are deeply passionate about what they do. Passion and expertise are the key ingredients in turning a business into a raging success, and the Global eSports team seems to have them both in plenty.

Global eSports: Putting Together ‘A’ Teams

This startup is unlike any other. It binds people from various geographies, speaking multiple languages with a single yet strong thread — gaming. Currently, Global eSports owns seven teams, across four titles and has plans of including three more teams and titles to its portfolio by the end of this year (2018).

The company is in process of starting their first Gaming House / Training Facility (bootcamp) in Seoul, South Korea set to be unveiled before the end of November 2018.

While they will be doing a similar Gaming House / Training Facility in Mumbai and Los Angeles in early 2019.

The startup scouts for and locates professional players with potential across the world. They then follow up with the players, vet them, and find out if they have the right mindset to play in a team and are coachable. Open-mindedness and the quality of being a team player are an absolute must for becoming a member of the fast-growing Global eSports team.

GE prefers to opt for newer games that hold the potential to becoming popular esports titles. The startup recently signed US pro player and streamer Brian St Pierre ( popularly known as Kephrii to his fans), who has millions of followers across all social media platforms (Twitch, Twitter, Instagram, YouTube) and makes an excellent addition to its talented and competitive teams.
One of their teams [GE] Pantheon Kr based out of Seoul, South Korea has a track record of not losing a single game going 10 – 0 against some of the best teams in Asia.

GE has players spread across 10 cities in India and across various cities in South Korea, Malaysia, Thailand, Singapore, and North America. Its largest user base lies in South Korea, Singapore, and the US, where esports is already an established industry with millions of dollars. Through their structured approach, these countries have been able to create a breed of players who play and train professionally, as traditional sports players do. More and more gamers are embracing esports as a full-time occupation, adding more strength to the industry and their revenue.

esports trivia: GE’s Korean teams for Fortnite and Overwatch practice for a minimum of 8-12 hours, every day!

Global eSports has been bootstrapped since the time it was founded a year back, with Sinha footing most of the expenses for the company. However, given its growing popularity from winning international championships and hosting events & tournaments to delivering content over Twitch and youtube, GE has been gaining eyeballs and Canadian-born, US-raised celebrity chef Kelvin Cheung, (who is an avid gamer himself) was the first to jump on board the seed round for Global eSports after following its progress closely for months.

Global eSports has primarily been sourcing its revenues from the tournaments it has been winning with prize monies of up to $25 Mn, followed by the content it creates and streams through Twitch & Youtube as well as sponsorships from the events it has been hosting, along with brand promotion. The startup is, however, looking at more sustainable and stable revenue sources now that they are launching branded apparel and merchandise along with gaming and esports themed gear for gamers across the world.

A Shared Passion For Gaming

What’s common between a doctor, a filmmaker, a CPA, and a game designer?

This wouldn’t be an easy question to answer until you meet the core team of Global eSports. The tie that binds all of them is that they’re dead serious and passionate about gaming. With the founder himself being a passionate gamer, Mohit Israney, the co-founder of the company has over 22 years of gaming experience and has won international awards for filmmaking.

The other experts at the company are Pawan Lalwani, an associate CPA and a gamer for the last 27 years, and also among the first eSports players in India (back in 2001-02), and Rahul Hinduja a game designer and gamer with over 25 years of experience and an early adopters of the popular online battle arena video game, Dota.

Winning In The eSports Industry

When asked about the future of eSports in India, Sinha says that although its a very niche industry in India, the growth potential for gaming and esports in India is exponential. Much like the west and Asian countries, which have already seen a surge in the industry. Esports in India is soon going to gain traction that is expected from a country with a majority of the young population. Currently, Global eSports has players aged 15 to 33 on its team.

With the online gaming industry is catching the fancy of many, Global eSports does have established brands players like Cloud 9 Gaming, 100 Thieves, Optic Gaming,  Faze Clan, Ghost Gaming, Team Liquid and more to compete with.

“We at Global eSports don’t really see other companies in this space as competitors but rather as potential allies or partners in this growing industry of esports,’’ says Sinha.

Once it has established a foothold in Asia, Global eSports will look at expanding in North America. As for India, the startup hopes to turn the country into an established and lucrative esports market over the next 1-3 years. Internet and mobile phone companies like Jio and OPPO have already seen the potential this young market holds and have started churning out low-cost phones which also make for great mobile gaming devices — a foolproof plan for a price-conscious country like India which likes to dabble in new opportunities. OPPO, too, hosted an INR 50 Lakh tournament for PUBG mobile.

One of the biggest challenges that the Global eSports team faced was educating and convincing parents of players about the opportunities that the industry offers. It seems unfathomable for parents of players that their kids could actually have a stable source of income by just playing video games. In countries like Korea and the US, people have overcome this hesitance and embraced online gaming as a job like any other.

However, Sinha feels there’s a promising upward curve in Indians embracing esports as a possible career option as well.