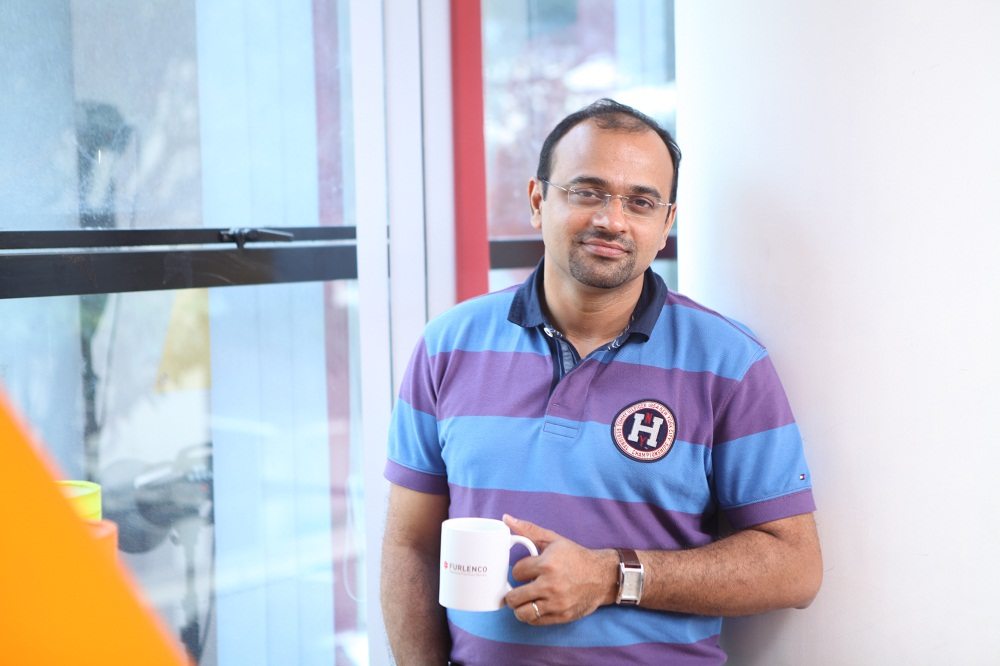 We are what we choose, and sometimes what we don’t! In the case of Ajith Karimpana, founder of Furlenco or the Furniture Lending Company, it was a poor personal choice that led to a great professional outcome. In 2010, Ajith, who was working with Goldman Sachs in US, was given an offer to move back to India. As part of the offer, he had the option of either shipping all his furniture or taking some money in lieu of it. Ajith chose the latter and hence sold some $5000 worth of furniture for a paltry $300-$400, losing almost 90% of his investment in the process.

Back in India, he again bought furniture worth INR 3-4 lakhs. As luck would have it or rather not have it, the new furniture wore out in 2-3 years. This entire process of losing his investment, relocating, buying, and again losing money made him think whether it makes sense to really own the furniture? And the insight he had was that it really doesn’t make sense to buy furniture and appliances if one is not going to be in a place for more than four years. Furlenco was born- a rental subscription program, for people looking to own quality furniture without being tied down to it or burning a hole in their pockets. 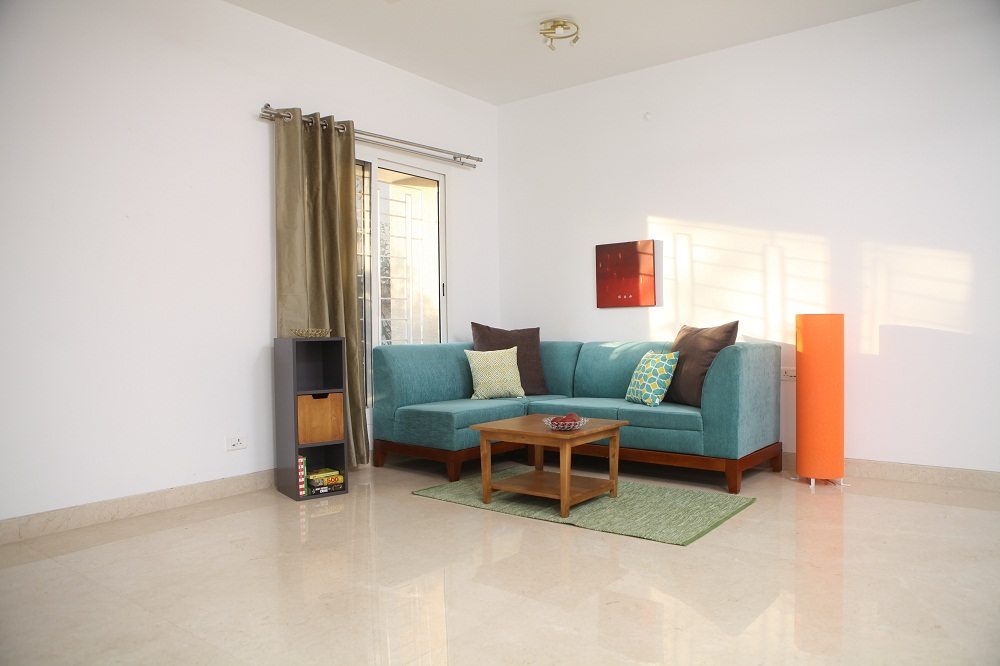 Ajith says, “ We did a survey in Mumbai and found out that today’s urban generation relocates every 3 years. It could be because they are moving cities, jobs or houses. Everyone moves. Contrast this with our parents, who, when once moved into a house, stayed there for 25 years. Today people are very uncertain in their lives. They think what next should I do in my life- go for higher studies or get married or get a job in a new city.”

For today’s millennials, who are always in that ever-changing mode, house, car, furniture, appliances are high ticket items. Hence, the tendency to own these products becomes less important and is not a priority. Also, furniture and appliance is always a distress sale. Mostly the trigger is movement.

Hence, what Bangalore-based Furlenco provides them is an option to live well during this time without investing much money. Due to the ever-changing lifestyles , accessibility to good furniture, without the burden of a sunk cost, is the need of the hour for today’s generation. Furlenco claims to be that solution – the fastest and most convenient way to get a beautiful home. Adds Ajith,

When I started out, the first reaction I got from everyone was – why would someone rent furniture? My single biggest answer to them was where was the choice before this? In case of a house, you can either buy or rent. There is always a clear choice. Where was the choice in furniture? It was always thought of as a bought product. We have grown 12 times in the 9 months which means there is a latent demand. This shows that given access, people are choosing rentals.

In A World Where Everyone Moves

Users can choose from the different packages available on the website depending on their requirements. A unit level package is one room, say, the living room or the bedroom.  For instance, a bedroom package on the site would encompass a bed, mattress, bed sheet, side table, home décor, and pillows and would start for as low as INR 1200-INR1500. One can choose from a minimum rental period of 3 months to a maximum period as desired. Additionally, one can also build a customised package by choosing the furniture, home décor, and appliances as needed. Once chosen, Furlenco claims it will furnish the user’s house in 72 hours. Furlenco follows a subscription model, wherein the user pays per month for the package rented. The rental subscription program allows one to pause the program at any time, relocate, or swap furniture experiences (for another). 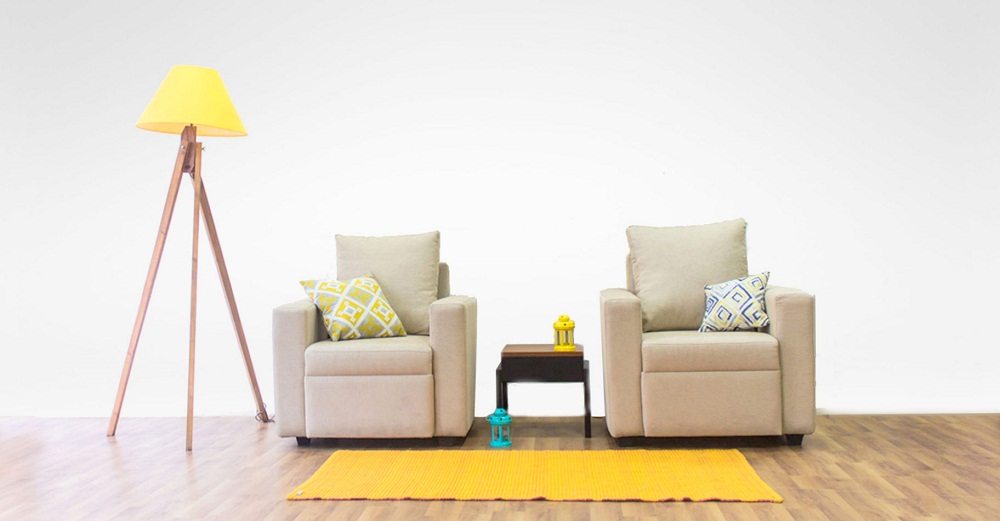 Furlenco targets individuals between the age group of 22-34 years. However, Ajith says that a better definition of their target group is anyone who is uncertain in their lives, i.e. people who are moving or relocating due to work or marriage or planning to move due to higher studies. These are people whom  he labels as the Urban Nomads. The second bunch of people are the ones who are just graduating out of colleges, joining the workforce, and moving into empty houses. These people have no idea what’s next and are, to some extent, l uncertain about their next move. They won’t jump into buying furniture at once. This group is what he calls as the First Timers.

The third set of users are the ones who want certain products, for instance, a plush recliner. They are not sure if they want the recliner forever but would want an affordable way to give these products a try. This is who he calls are the Urban Aspirers.

In An Expansion Mode

Starting from Bangalore in 2012 and then entering Mumbai last year, Furlenco has furnished 4,000 homes till date. Growing at the rate of 12-13 times, as per Ajith, Furlenco is probably the fastest growing online furniture company. In the next one year it plans to furnish 25,000 homes. Also on the anvil, are plans of expansion to cities like Pune, Hyderabad, Gurgaon, and Delhi, with two cities to be entered in the next one month. For the first five years, Furlenco aims to cover tier-1 cities and then move to tier-2 cities.

However, growth for Ajith simply doesn’t mean being in the business of renting dining tables or sofa sets. He looks at it as a business to provide his users a living room solution, a sleeping solution, or an eating solution. And hence the next step towards growth is creating what he calls Social Furniture – a product which does what exactly the users want, be it lounge, or watch TV, or sleep. One such example is the product offering called Bounce. Modelled around the needs of the average urban Indian, it is the middle ground between a nice wide bed and a big couch.

Ajith adds, “What if I give you a dining table which you can lift and it becomes a carrom board or attach bluetooth speakers to the Bounce you have, so that with a flick of a button you can listen to music in your furniture. These products don’t exist in the market. You can only rent it at Furlenco. Hence, we will focus on innovation on the product, in order to get traction on the product, and that should sell by itself. That’s how we intend to grow as a business.”

Meanwhile, on its path to growth, Furlenco had raised $6 Mn in Series A funding round led by LightBox VC, last March. Earlier, it had raised $100k in angel funding.

Navigating The Furniture Maze In India

The furniture market in India, estimated to be a $20 Bn market, is a highly unorganised sector. As per Ajith, 85% of the market is still unorganised despite the presence of players such as Hometown, Homecentre, Urban Ladder, Pepperfry, HomeLane, and others. He believes there is still a lot that can be done. Ajith says,

“ India is so large and diverse. Hence I don’t think one guy is going to take it all in the furniture space. We would have market leaders, but no one is going to take a 90% share. In fact, I believe that Ikea will find it hard because I don’t think India can sustain the store model now. Ten years back, may be yes, but I think they are 10 years late. Now, no one has the time to go from one part of the town to another. Everything is coming home. So why would anyone go 20 miles away to buy furniture? I don’t see that happening.”

One look at the funding being poured in the sector, even in the rental subscription space, will suffice to prove Ajith’s point that furniture market will see a lot of action. Just a month back, Gurgaon-based furnishing rental company, FlatFurnish.com, raised an undisclosed amount of funding from Jabong Founder Arun Chandra Mohan. Similarly, another Gurgaon-based startup, CityFurnish, raised an undisclosed amount of seed round funding from Jitendra Gupta, co-founder at Citrus Pay, last December. Prior to that, furniture rental startup RentoMojo raised $1.96 Mn in funding from IDG Ventures India and Accel Partners India. However, unlike RentoMojo, Furlenco owns the furniture that it rents out. 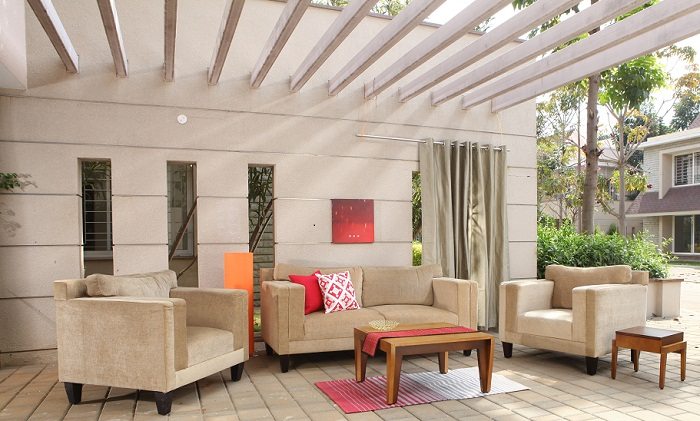 The rising investor and consumer interest in this space clearly establishes one fact- the rise of rental or shared economy is not just a fad. Ajith corroborates this by citing volume of furniture Furlenco has moved, as it just ranks after UrbanLadder and Pepperfry. While the two giants started out in 2011, Furlenco has posted this rapid growth in a matter of a year, which means that there are takers for the rental subscription model in India.

Says Siddharth Talwar of Lightbox, who sits on the board of Furlenco, “Furniture is a vertical where, because of the high cost of product, inconvenient nature of the purchase and the hassle of disposal, a large segment of the population choose not to buy at all. Not because they don’t want it, but because it’s not worth the time, effort and money. At Furlenco, that’s our target market – ‘the under-furnished’. Because we’ve now made having a furnished home as easy as buying tickets to a movie.”

What Furlenco is attempting to influence is a change in the furniture buying behaviour of Indians. There were hardly any financing options available for furniture. So technically, now there is a solution which can enable one to have a new look for one’s house every year without having to pay through one’s nose for it. But is the Indian consumer ready to embrace this change in mindset? Scaling to 25K houses from 4K is an ambitious target. It will be interesting to see if today’s always-on-the-move consumers are willing enough to bring about that change by exercising their right to choose.