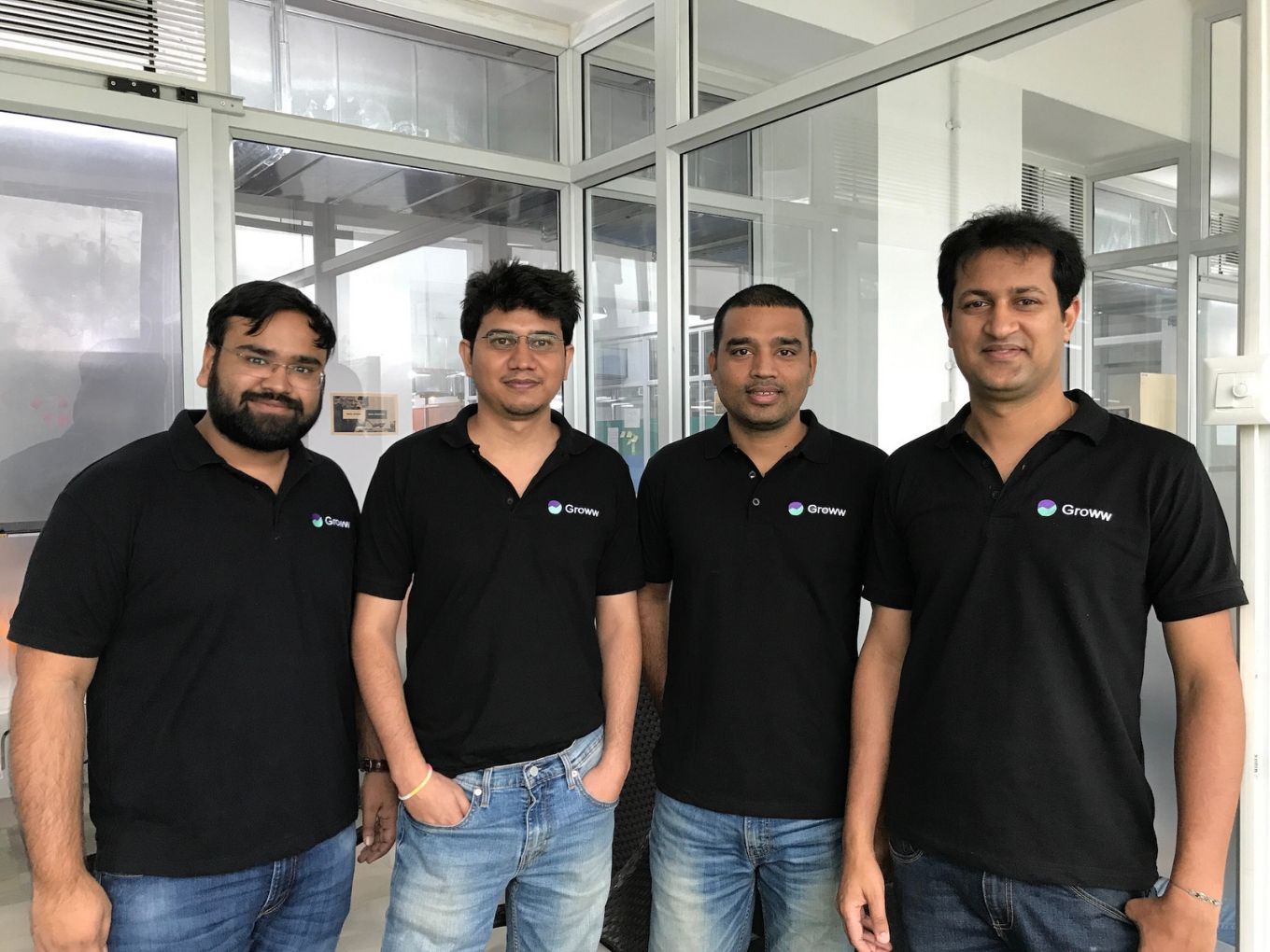 With more than 35 Asset Management companies as partners, the startup aims to provide all investment related solutions to its users

“If you don’t find a way to make money while you sleep, you will work until you die.” – A believer of the fact that everyone needs to learn about investments, Warren Buffett, needs little introduction. He practically decided how America would invest — there’s a reason they call it the Buffett Effect.

India has lacked such an icon when it comes to getting people interested in investments, but that’s slowly changing with the government campaigns and private sector’s focus on improving investment literacy. And when we talk about the private sector, it’s hard to ignore the new-age digital investment platforms that have become the go-to choice for India’s burgeoning millennial population.

Startups such as Groww, have capitalised on the digital wave to boost overall investment penetration and adoption. The major hurdles in bringing more young investors into the fold are lack of financial literacy and complicated processes. This challenge is something Groww is looking to solve.

The increased awareness about investing has boosted the participation of individuals in the market, especially when it comes to mutual funds. However, the Indian market definitely needs more investments in mutual funds. As on May 2019, the mutual fund industry had 83.2 Mn folios, which is less than 1% adoption rate.

Groww, founded in 2017 by four former Flipkart employees, Lalit Keshre, Harsh Jain, Neeraj Singh and Ishan Bansal, is working towards making it easier for young people to invest by making investing simpler to understand. Most millennials prefer, a DIY (Do It Yourself) approach, where the individual investors are in-charge of building and managing their own investment portfolios. They are more attracted to such products as it allows them to have control over their portfolio and money, and eliminates middlemen or advisors.

In the last 10 years, the industry has grown at 12.5% annually, which is more than double the global growth rate. However, the asset base of mutual funds as a percentage of GDP in India has been merely 11%, while the global average is 62% this year.

The demographic data for individual investors shows that 48% of slightly older millennials (aged 29-37) invest in equities, but among younger millennial investors (aged 22-28) this figure is just 4%.

Investments In The Indian Fintech Context

Backed by Sequoia Capital, Y Combinator and Mukesh Bansal; CEO & Cofounder, Cure.fit, Groww’s inception was a result of the founders realising that even though people are aware of the numerous investment tools, the lack of customer focussed options made it confusing and thus discouraged them from investing.

During their years at Flipkart, they had been part of the disruption in the ecommerce space and realised that the next big opportunity is in the area of investing. The ecommerce boom hinted at increasing average income, awareness about technology and that’s when the founders realised that people do have disposable money and will need help in putting it in the right place. They quickly realised that the addressable market is quite large because the number of young professionals with medium to large incomes is on the rise.

India has a millennial population of 400 Mn, a group which makes up a third of the overall population. By the year 2020, India will also have the world’s youngest population, with a median age of 29. Naturally, getting this mass to invest is the biggest challenge and opportunity.

Young or first-time investors are wary of entering the market because of the perceived complexity and the need to have advisors on hand at all times to navigate the risks, and of course the fear of the risks. The challenge is to not just help soothe these worries, but also educate them at the same time.

The government’s focus on Digital India and technology has played a crucial role in closing this gap with deeper mobile internet penetration and improved infrastructure for technology startups. At the forefront of this revolution is the fintech sector, which not only includes digital payments, but also digital lending and investments.

The rise of digital payments in India is no secret. The Indian fintech software market is estimated to reach $2.4 Bn by 2020. Much of this is thanks to the growth of the digital payments sector driven by factors such as ease of use, ever-growing smartphone penetration, progressive policies and increasing consumer acceptance. The likes of Paytm, Google Pay, PhonePe and others used the government-backed UPI platform to make fintech adoption easier. Other financial products such as loans and investments also went digital soon, leading to the rise of a more holistic fintech ecosystem in India.

But as touched upon earlier, the challenge is to also educate young investors and that’s where digital platforms have really made an impact through the use of simplified UX and interactive learning content.

A majority of these target the younger millennial audience and first-time investors, which is the primary market for Groww.

Groww shows potential investors a range of products, along with the associated risk level, and the past performance in a clear manner. It also gives users an overview of all facts associated with mutual funds, which goes a long way towards educating them.

“Groww personalises the investment insights and alerts, based on the individual’s investments. This is to ensure that while an investor might get busy in his/her life, Groww is watching their investments,” emphasised Jain.

India’s young population and young urban millennials are avid users of online shopping, digital streaming and social media. For users in this era of instant gratification, investments cannot take days to get done, and it better not require multiple trips to a bank. Groww eliminates these problems by doing everything on a smartphone, the most accessible device for most users these days.

Groww offers educational content, such as sections about mutual funds, selecting the right funds and more. In its bid to keep things simple, Groww avoids content that is jargon-heavy and emphasises on maintaining transparency in its investment listings.

To make investment even simpler, Groww introduced  UPI, which lets users invest using any UPI app to make investments and has built on familiar concepts through Groww Assist, which helps users select funds and SmartSave, which is an investment product fashioned like a bank account.

From Mutual Funds To The Stock Market

But that’s just about the mutual fund segment, where Groww currently offers all Mutual Funds on its platform. It will also be offering stock investing soon, which requires a more evolved product.

For a certain segment of investors, mutual funds is seen as a better option than going for low-return routes such as fixed deposits, or stock market investing. Digital investment platforms have only increased the accessibility factor for such mutual funds and made them more attractive. The risk in mutual funds is largely reduced due to the pooling in of your investment in diverse stocks.

Good research is required before you enter the stock market. So naturally, this investor is more evolved and mature and is willing to spend more because they are familiar with the risk and know how to hedge it. It is this market that Groww will be catering to next.

The company says it will enter the stock market and look to disrupt this space with the same philosophy that has helped it make inroads in mutual funds.

However, in this space, the company will have to contend with the heavyweight brokerage firms which have dominated this space for decades as well as the new-age digital brokerage startups that have already cornered much of the new investor market. So clearly Groww has an uphill climb in this segment, but it also carries with it enough momentum to make the climb.

The Digital Solution To The Millennial Problem

This journey is only possible because of the improving digital infrastructure in India, the increased internet penetration and the rise of fintech from an acceptance and adoption point of view. While a few years ago, online payments were looked at with scepticism, these days using the offline route for investments is often seen as the exception. And this is exactly the time for platforms such as Groww to capitalise and get Indians to invest more.