Flock Aims To Give Slack A Run For Its Money

Flock Aims To Give Slack A Run For Its Money 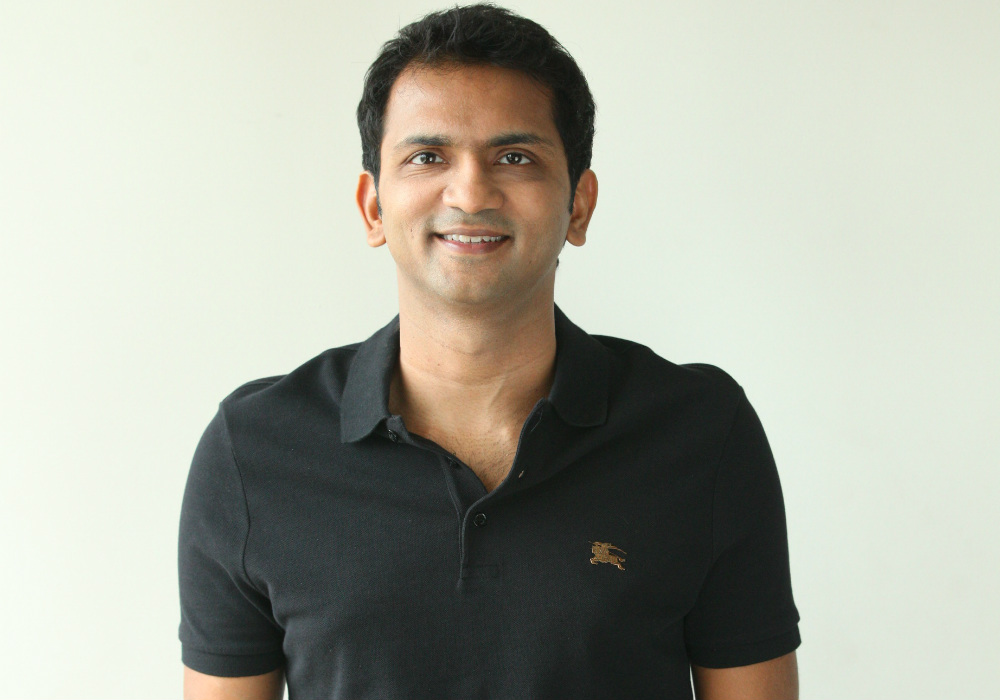 Bhavin Turakhia's Enterprise Chat Service Wants To Meet All Your Work Needs, But Will It Slack?

A lot of you are familiar with WhatsApp groups for family, friends and in recent years, office. Who knew social platforms would one day also be professional platforms. But if you use WhatsApp for official communications then you most probably use it as a supplement to your communication needs and use other communication tools too, the most dominant among which would be email and many of you would be dreadfully familiar with those long chains.

But all that changed in 2013 when a US-based company, Slack was launched, which took the concept of sharing messages with your teams and made it more fulfilling and holistic by centralising the communication and integrating apps in a way, redefined how you look at internal communications.

The enterprise collaboration market is touted to touch $49.51 Bn by 2021 and although Slack is by far the most dominant player in a segment that it helped create, there is another Indian player that wants to offer you an alternative among other international players in this segment,.

Flock, a company started by serial entrepreneur and billionaire Bhavin Turakhia, is a real-time communication and collaboration app that began life in 2014 and is aiming to be the most cost-efficient product in the expensive enterprise communication segment while aiming to offer you more features for your bucks. Four years since launch, over 30,000 companies use its services, some of which include corporate honchos like Tim Hortons, Victorinox, ITC Hotels and Tata AIA life insurance.

Inc42 recently caught up with Turakhia, who is also the Flock CEO, and his team, just a few months after the company launched its paid subscription plan, a move that is dreaded by companies over the fear of losing users who are all too familiar with the free features.

The company is however optimistic, Turakhia says that Flock, whose product development happens in India, has 135,000 weekly active users. Since the launch of its premium subscription features in January this year, Flock has witnessed a month-on-month growth of 200% in licences sold and more than 40% of the teams tended to buy Flock subscriptions within two days of using the product, he claimed.

The largest market for the company is the US followed by India and the UK.

Folks at Flock have valid reasons to be optimistic as it was recently voted by PC Mag as one of the best alternatives to Slack.

But let’s not get carried away.

Slack has over six million daily active users alone and raised $250 Mn at $5 Bn valuation last year. The company boasts of Google Ventures, Andreessen Horowitz and Accel Partners as its investors. Flock, by comparison, has had a total investment of $45 Mn done by Turakhia in personal capacity and has 150 employees compared to 800 personnel of Slack who work across five countries.

“Players such as Slack and Microsoft Teams have global adoption, wide reach, and scale advantages. They are now focusing on India through tiered pricing, local tie-ups, and contextualised go to market (GTM) strategies. They will continue to be preferred partners for large MNCs, which typically adopt these tools in a global manner for standardisation as well as ease of governance and compliance. After a late start, Microsoft has made sizeable progress and is providing stiff competition,” said Nitesh Mittal, Practice Director at Everest Group, a management consulting and research firm while speaking to Inc42.

At is its recent F8 developer conference in San Jose event , Facebook revealed that it has updated its workplace business software with 50 new app integrations, in a move that sees the social media giant giving more importance to its enterprise offering. The company has also partnered with Hootsuite, on of the most widely used social media management platform, making it easier for employees to quickly easily share their organisation’s content.

Since Workplace was launched in 2016, more than 30,000 organizations have adopted it, including major enterprises like Walmart, Starbucks and Spotify, according to ZDNet.

The company currently charges $3 for its premium subscription.

Google, on the other hand, is looking to use AI for its G suite for enterprise offering. It intends to use AI to secure sensitive data like using machine learning to identify billions of threat indicators so a phishing attack could be detected sooner.The company also aims to help the teams with basic but utilitarian needs. “In the coming months, Calendar will use artificial intelligence to automatically suggest rooms for you to book,” Google said in a blog post.

The competition is really heating up.

So What Is Flock’s Strategy To Beat The Heat?

Turakhia says Flock is the only messaging tool that comes pre-bundled wherein once you pay a fee you are not asked to buy additional services. One of the stated goals of the company is to be more inclusive.

Turakhia cites the example of letting people who have bought license work with unlicensed users something he says Slack does not allow. Another feature that the company provides is of allowing upto 20 guests users in the premium service compared to Slack wherein you have to pay for each guest user. A guest user could be client , vendor or external partner that you want your team to interact with on a temporary basis. This feature is one the highest requested features and in January, almost 60% of teams had at least one guest numbers attached, according to the company.

When you combine this with other plugins like Google drive, Uber, Asana, Twitter and Google analytics: you get a whole list of services, something that Slack also provides but here is where the real divergence begins.

Flock charges the user a fee of $3 per month which according to Turakhia is 50% less than the $6.67 charged by Slack for the pro version and $13 for the plus version. Again, Flock does not charge for any additional service.  The company charges an even lesser rate of $2 for Indian customers.

How does it do it?

While not completely going into specifics, Turakhia says the advantage of being based in India plays a role which basically means cheap operating cost (aka manpower) but he also makes an insight into how the company is looking at the market.

“In many ways, Flock has taken advantage of the trend they (Slack) have set and will continue to do that for a couple of years.” The trend Turakhia may be referring to is of increasing number of companies who are considering enterprises communication tools as means of not just communicating but something that could increase productivity in a big way.

But it’s just not Slack, the company, it needs to be wary of, it’s the market that may prove to be equally challenging if not more.

“The market for enterprise messaging, collaboration, and productivity in India is fledgling with some encouraging undertones. While there are some secular drivers such as the rise of the gig economy/freelancing, startups and SME ecosystem, it is still a major behavioral change for employees and the enterprise IT organisations,” said Mittal.

Mittal says that players such as Flock and DingTalk (Alibaba) are betting on capturing customers (typically SMEs) who don’t use Slack/Microsoft Teams and have only email-based communication, or use informal B2C messaging platforms such as WhatsApp, Skype (considered shadow IT since they are out of enterprise IT organisation’s control). “The focus is on customising the product to the needs of the Indian market, operate on a “freemium” model, and price aggressively”.

The company knows about this and acknowledges that it is looking to build a strong marketing team and that is where most of the hiring will happen in the next couple of years. At present, the company has a marketing team of 15 individuals who are mainly based out of Mumbai.

While Flock is looking to grow in the US; in India, the company is focussing on creating a space for the segment.

“US , is a much more progressive market where working remotely/from home is acceptable while in India, we are a little behind…early influencers who are connected to the valley culture are aware but that’s the minority. A large amount of small business are still familiarising themselves and one of their first questions we get asked here is – oh your data is in the cloud?,” said Ninad Raval, VP of Product and Design at Flock.

What Ninad is pointing at is the gap in technology adoption between India and the West. The company is encouraged by the fact that India is its second biggest market considering the category doesn’t exist at the moment and the country will see more adoptions in the medium to long-term period.

With artificial intelligence and machine learning dictating the fortunes of companies when it comes to innovation, Flock is no exception. The future plans of the company will be to ably assist users in their work using data collected and making it contextual, so that the user does not waste too much time seeking information.

“Enterprise communication is just how much data you hold for the company and how valuable the data is. Lot of people are communicating but what is the value of data?…reading and sending are the basic functionalities. The next step forward is making the data useful, like using the bot to answer a query about whom I could speak to regarding legal matters (the data will have people with legal background) or I can do sentiment analysis on the HR app using data on the platform,”said Devashish Sharma, Chief Technology Officer, Flock.

On being asked if there are any plans to implement voice integration (like Siri, Google Assistant ), the company said that it is currently not exploring anything but it is “definitely” something that it is looking at.

But if the company did work on a voice integration solution, what could it look like?

It’s too early to say as even Slack is trying to figure out how voice could be included into its services but the ultimate goal of companies operating in this space would be to create a complete enterprise communication ecosystem which would be more like an operating system, wherein once the employee logs in, he/she would not need to go anywhere else in the course of their work.

An example of how voice technology could work could be derived in an experiment that Flock did wherein they connected Amazon’s voice assistant device, Alexa to Flock and used it to post messages.

The company claims to have seen a good response from the users on its platform. At the beginning of the year, it conducted a survey among its customers and found very promising feedback with 60% users saying the service has increased productivity and 70% saying it has reduced the time spent on meetings (if you are not a people person, you are in luck ).

While it’s early days for the industry, Flock is even newer and faces an uphill battle against the likes of Slack and Microsoft but this situation is also reflective of the changing work environments. We spoke earlier about social media converging with work; Mittal describes it as consumerization of IT. The companies are focusing on providing intuitive user experiences for digital-natives and millennials, incorporating tenets of their social experiences in their work interactions.

This is something that all the companies would be looking at and yes, the competition between the various players will be aggressively fought but given the potential of an untapped market and a service that is still making its mark, many will know that there is space for more than one player to strike gold.