Starting off with skin-friendly and reusable cotton diapers, SuperBottoms has expanded into the wider kidswear and accessories space in the past couple of years.

The SuperBottoms story began when founders Pallavi and Salil Utagi realised the most diapers available in the Indian market did not prevent skin rashes for babies. Secondly, due to their disposable nature and the materials used in some brands, diapers were also an environmental hazard, which the couple wanted to solve.

The duo decided to try cotton nappies that were gaining in popularity abroad and decided that such a product would fill a gap in the Indian market as well, given the physiological differences between kids in the US and India. 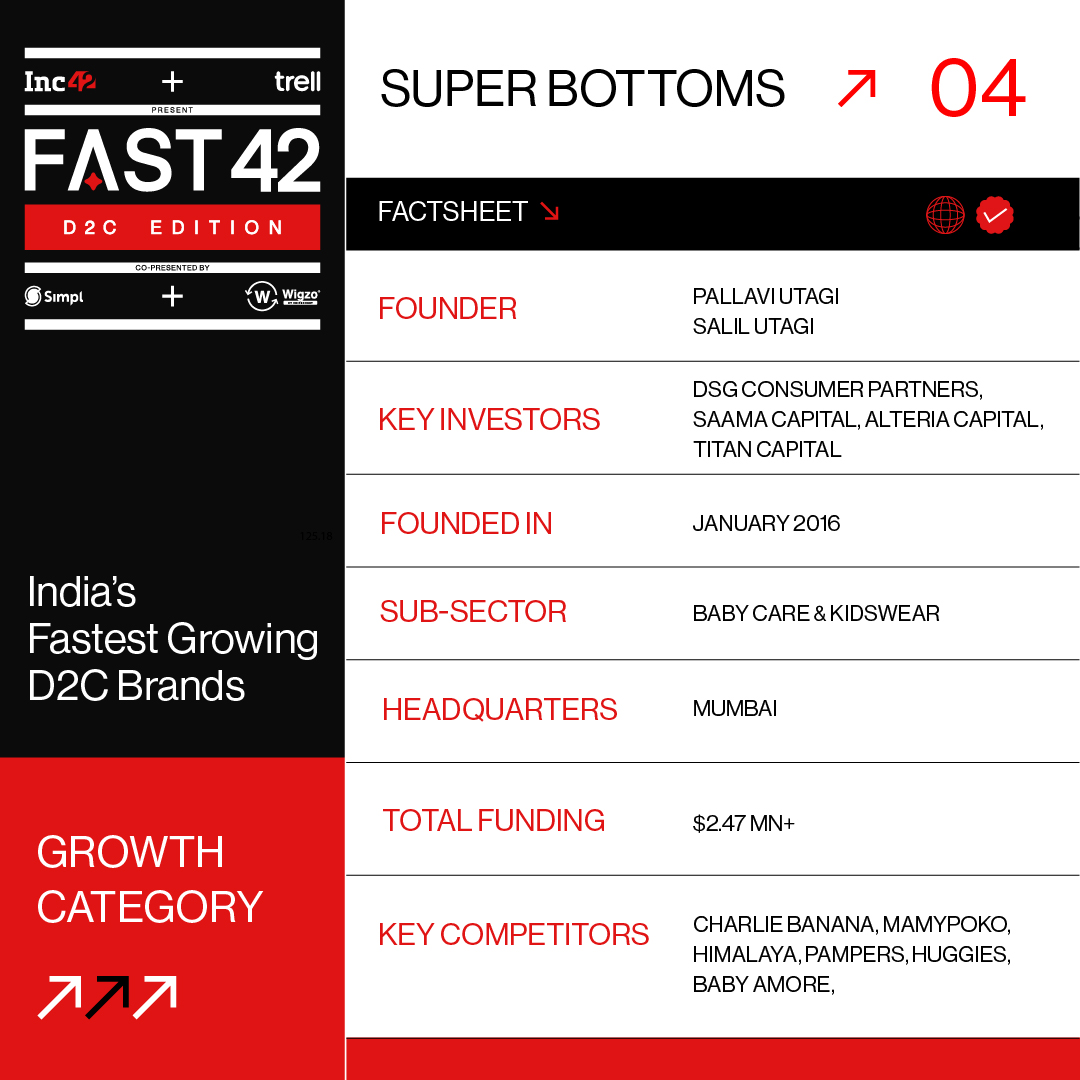 In 2021, the startup launched a cloth diaper detergent, along with an underwear range for older kids. It claims to have sold its millionth diaper towards the end of 2021 and also claims to have recorded INR 22 Cr in revenue in FY21. SuperBottoms claims that over 20 Lakh parents have bought its products, which continues to drive the referral program for new customers as well as the Mitr Moms community network for parents.

SuperBottoms claims its diapers combine the absorbency of a disposable diaper with safe and skin-friendly cotton. In terms of the key product differentiation, the cloth diaper comes with a waterproof exterior but with a breathable lamination. The layer closest to the baby’s skin is made of a special type of polyester that stays dry and prevents rashes. The diapers can be machine washed and primarily come in newborn and free sizes that cover weight categories of 5 to 17 Kg.

The company claims that its products are roughly priced at half of what international brands sell for in India. It also says the reusable diapers with their patent-pending buttoning system can help parents save up to 4X the total cost of regular disposable ones through the child’s diaper phase. 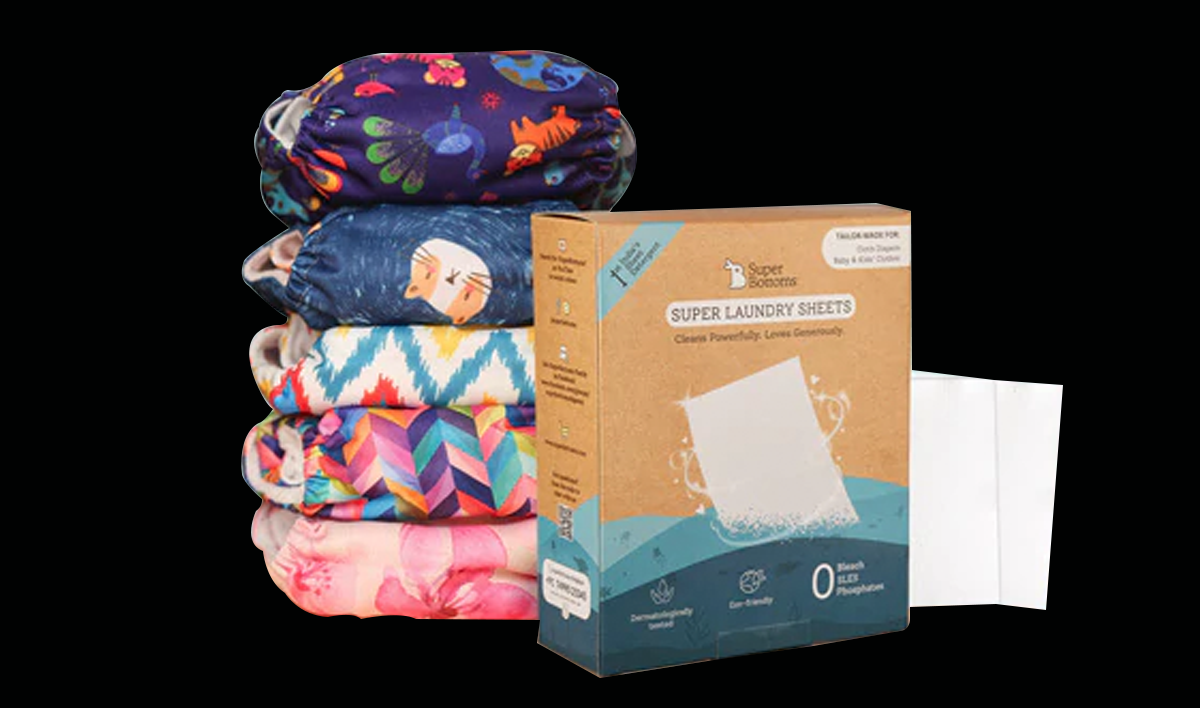 The startup started by selling reusable cloth diapers that it felt were missing from the Indian market. Today, SuperBottoms also retails kids underwear and sheet dryers, among other products for children that had graduated from the diaper phase. While its products are made in China and imported for the Indian market, it has received certification from the US under the Consumer Products Safety Improvement Act (CPSIA) for its diapers and other products. Currently, SuperBottoms sells through its own ecommerce store and also has a presence on Amazon, Flipkart and other marketplaces.

The startup claims that nearly 85% of its sales are from online channels, with the rest coming from retail stores in major cities.

After entering the kids wear and accessories space, SuperBottoms is looking to launch apparel for older kids where it will compete against a host of players, including the fashion marketplaces and the likes of FirstCry, HopScotch and others. “We want to be synonymous with parenting. So anything that falls within that spectrum is open for us,” said cofounder Pallavi. The company is also considering investments in consumer and retail tech companies that will help improve its customer experience further.