From Selling First Policy In 4 Months To 25K Policies Per Month: Coverfox Looks To Take On $2.5 Bn Auto Insurance Market

Insurance is a risk-laden business. Due to the sensitive, fraudulent, and expensive nature of churning out policies, it is not a venture one enters into without having prior background, understanding, and knowledge of how the system works. Much like politics or rocket science.

The same was the case with Varun Dua, founder of insurance aggregator portal Coverfox Insurance Broking when he started up in 2012.

“I have worked in insurance so I know the business,” starts Varun. “I worked with AIG and Templeton in the early part of my career and figured out the ins and outs of how policies are created, structured, and sold,” he adds.

But something was missing for Varun, an itch that could not be scratched by just being a corporate drone at a big-time finance company. “I guess it wasn’t enough at the time, so I quit my job and started freelancing in 2010 by starting Glitterbug Technologies ,” he shares with a self-deprecating laugh. “The idea for starting my own business properly was thought of, but vague. But the thought was this – insurance companies were not tech-savvy in a world that was fast becoming completely digital. They should have been pumping in millions to get people to buy insurance products online.”

The pain point was succinct and a very real one at that time.

According to Varun, he worked on a small pilot project for ICICI’s insurance arm at the time – and had a major learning experience. “I was also fortunate enough to be introduced to Devendra Rane, my eventual co-founder, around this time. A close friend of mine who worked at Yahoo fixed the meeting up and Devendra and I got along like a house on fire,” he reminisces.

One project led to another and another and soon, the duo were busy building out systems for large-scale insurance companies. The process was this – insurance companies used old legacy software and apps to conduct transactions online which were also outdated and complicated. Processes such as underwriting investments, policy statements, even agent-generated leads were all disparate systems.

“None of them talked to each other and the whole process was tedious and time-consuming,” says Varun. “So we did something very basic but essentially unheard of. We just built APIs, a layer of software over existing legacy software used by these companies to ensure that people would get online, and then conduct their insurance business (such as buying, comparing policies etc.) online, itself.”

As per Varun, the duo worked with prominent names such as Prudential ICICI, Tata AIG and others in this phase.

From A Middle Ware Company To A Full-Scale B2C Platform

“Coverfox began as a middleware company,” says Varun. When prompted to elaborate, he explains: “We were not providing product. Our services were not being used directly by the customer but we’re making it easy for the insurance companies to onboard users. Essentially, Coverfox helped connect customers to the companies but all the heavy lifting was still being done by them.”

At the start of 2013 the existing business model – the APIs – were showing some real results as more and more companies started using them, relying on them to make the insurance-buying process easy for their users. “It was then that we started thinking of scale,” says Varun. “We were providing a single service – the APIs. But insurance, as an industry, depends on leads which can be used to sell policies. Call centres were still the primary go-to option for these companies to generate leads. And forget about online transactions. Fulfilment was still happening offline.”

This allowed the duo to think of a way to establish a niche in the online insurance world – firstly, with the availing technology it was possible to build a marketplace that offered a real-time comparison of policies, do quality checks on both user and insurance company to ensure a good fit and finally, make it possible to fulfill the transaction online even though insurance is largely a risk-laden business. 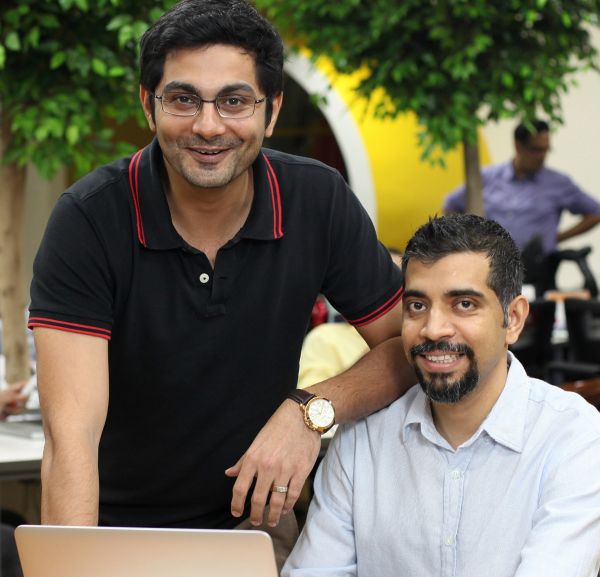 “It was time to pivot from a SaaS-based service to a B2C marketplace and that is what we did by mid-2013,” says Varun.

As Coverfox was entering a financial risk domain, it needed to be registered as a regulated business with the IBAI (Insurance Brokers Association of India). And it took a further six months for the company to receive its brokerage license in order to conduct transactions on behalf of the customers.

Coverfox, as we know it today, was formally launched in January 2014 in Mumbai.

“India Lags Behind In Car/Bike Insurance As Compared To China, US”

“The first thing you have to understand is that even though we are tagged as a B2C company, insurance is not the same, as say ecommerce. It’s functional, a needed item and not a luxury,” states Varun.

And then there was the other glaring problem. “Vehicle insurance is mostly online in the US, Europe, and China. The car market in India is worth about $2.5 Bn with respect to auto insurance and it is expected to double by 2020. And when we began, the notion that no one was systematically addressing this market is what spurred us one.”

So, Coverfox focussed on providing insurance to car and bike owners.

“Purchasing insurance for your vehicle has become mandatory in India, thank god. But these policies are price-sensitive and there are a lot of options to choose from, as there is with health insurance too. With these two points in mind, our platform helps makes these choices available on the click of a button.”

How it works is – the user enters the make and model of the car on registering on Coverfox and due to the company’s tie ups with RTOs, all the possible details such as chassis number, VIN, and other details get populated on the site, ensuring real-time verification. The next step is obvious – all the various insurance options available for that particular make and model of the car. And then, the user can pick and choose the policy they are most comfortable with and voila! Their vehicle is insured.

All within five minutes.

“It Took Us Four Months To Sell The First Policy”

But it wasn’t always this easy. “We got our license in January 2014, but it was only in May 2014 that we were able to sell our first policy,” he shares with a fond smile. In the intervening months, the team went door to door to insurance companies to integrate the Coverfox platform on their systems in order to complete these transactions online.

“They didn’t trust us, even though the APIs were working just fine,” he says. “It took four months of convincing for us to get our first entrepreneurial milestone – sell the product!”

But, as they say, it never rains but it pours and so it was the case with Coverfox. After the first sale, the product began to see steady traction. “In fact, by January 2015, we were doing 500 policies a month,” says Varun.

It was also around this time, October 2014, to be precise that Coverfox received $2.5 Mn in Seed funding from Accel Partners, SAIF Partners.

“I guess, the investors liked the idea we had come up with – a task-based platform to purchase insurance quickly and conveniently.”

The company counts Reliance, TATA AIG, Edelweiss, Prudential ICICI, Bharti AXA among others, as its partners and claims a 10%-20% commission from the partners on every claim purchased, as a part of its brokerage.

“We began with about 500 policies a month, and now we do about 25K-30K of those,” shares Varun. The site also sees 500K-1 Mn users per month, according to the founder, and the average ticket size lies anywhere between INR 6K-INR 8K. “Our premiums now stand at INR 175 Cr but we hope to reach INR 400 Cr in premiums paid by the end of 2017. It’s a capital efficient model and we have actually seen 3x growth in the last one year,” he adds.

Competition And The Road Ahead

PolicyBazaar.com is the strongest contender for the online insurance market share. With close to $70 Mn raised in four rounds of funding from investors such as Premjiinvest, Tiger Global and others and having been around since 2008, it has a stronghold when it comes to being trusted by the users. EasyPolicy, Renewbuy, Turtlemint are some other platforms engaged in the online insurance policy vertical – both for auto insurance as well as health.

But with millions in funding and a strong business model, Varun is accepting of Coverfox’s place in the pyramid, and how he plans to scale it.

“The online insurance industry is in its early stages in India. PolicyBazaar is the largest incumbent and we give them credit for opening up this space. However, less than 2% of insurance is bought online in India. We are preparing for a time when 30-40% of the market for insurance products will be online.

“Coverfox has been around for 2.5 years now, and I think we are prepared for the game that’ll be played out in the next decade. We believe we have the technological strengths and well-knit systems that are better than any other player today. We have entered at the right time when the market is likely to explode. We have adequate capital and great talent to help us capture the lion’s share of India’s online insurance story.”

And it is with this in mind that the company also has an ambitious roadmap for the immediate future. “2017 will be a big year for us in terms of products as well as initiatives. We are going to extract other products on the platform, namely life insurance – which is a far more complex animal and it is still primarily run from call centres. We are also looking to roll out an API to work with ride-sharing platforms where their drivers could get their car insurance policies from us, in-app.”

The other initiative he mentions is the automated chat service that will help a user narrow down the policy selection process.

The insurance industry in India is seeing organisation – both in terms of transactions being conducted, as well as the automation of operating processes. Companies such as Policybazaar, Coverfox, EasyPolicy are responsible for onboarding erstwhile legacy-preferring insurance companies into the tech fold. Inflated valuation, focussing unchecked on customer acquisition, and not so much on customer retention has led to many verticals facing a downturn from investors as well as users.

The insurance business carriers with it, inherent risks related to financial regulations and judicial scope. With a sound business model in place that is focussed on quality and transparency, and providing a time-saving platform for an essential need, Coverfox seems to have what it takes to go the whole hog, but will it actually be able to sustain growth and capture market share is a story for another day.