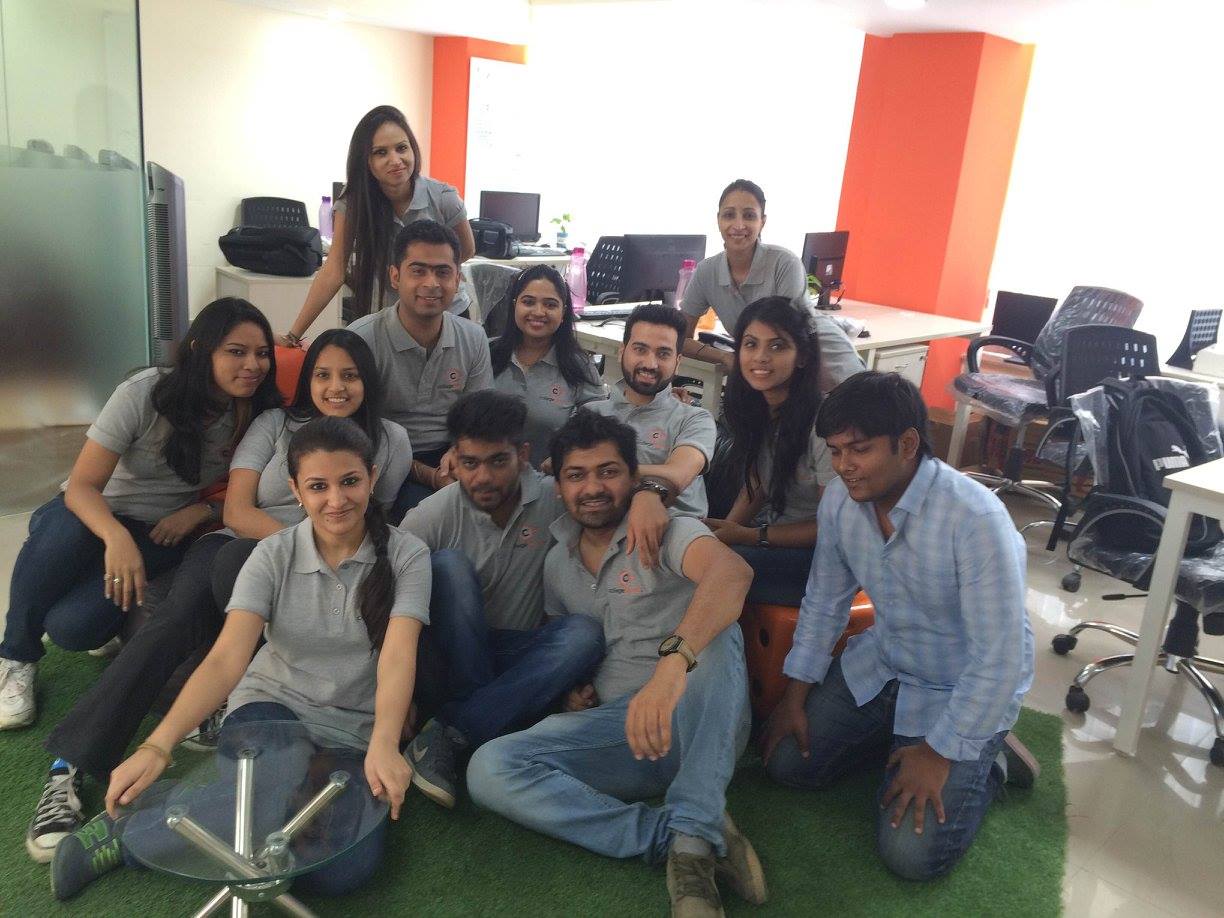 One of the most vivid memories I have of my teenage years is when the Class 12 board results were declared. Amidst all the excitement and ruckus that inevitably followed, bringing an end to my school days, the first thought that came to my mind after seeing the mark sheet was, which college should I apply for.

Turned out, taking that decision wasn’t easy at all. While my parents chose my school closest  to our  home, deciding on a college, a ‘good’ one for that matter, was not that simple. The future course of my life, professionally, would depend a lot on my college education. As I waited in a long queue on a hot summer day of 2007 to collect my enrollment form for a certain college, I remember wishing desperately for a quicker and easier way of gathering all the information I needed to help me decide which college was best suited for me. If only all the information about every college could be had simply with the click of a mouse.

The exponential growth of internet has made information across varied platforms available at the click of the mouse, but when it comes to facilitating informed decision making on higher education, it is surprising how little the scenario has changed over the past one decade.

But things have started to change since startups like Collegesearch have made their entry.

Articles like “Top 10 College Campuses in India” aren’t of much help, and the information available on Google seems unduly lacking. Classified websites can only offer contact details and addresses and before you realise, it’s time again to stand in those long queues.

Facing this lack of information during their own search for the right colleges, Anirudh Motwani and Parul Bansal decided to take the issue into their own hands. In October 2010, the duo founded IndiaCollegeSearch, an online discovery platform for courses that the many top colleges have to offer. The company later rebranded itself as Collegesearch.in.

Collegesearch was conceptualised, five years ago, with the objective to help students and parents make informed decisions on college education. CollegeSearch provides in-depth information about colleges registered on its platform including faculty details, placement records, facilities and fees, besides crucial alumni reviews. In short, it is an information hub on 13000 plus colleges and universities as well as 300 different entrance examinations and 2000 alumni reviews, all of it online.

Vikram Upadhyay, renowned startup mentor, angel investor, advisor atTCOE and founder of GHV Accelerator has said, “IndiaCollegeSearch(Now CollegeSearch) is the perfect example from India, which has grown in the most lean manner from local idea to global platform.”

Collegesearch helps in the admission process by allowing students to directly apply to colleges of their choices through the website. As of now, more than 6000 colleges and universities accept online applications through the portal.

The website has features like ‘Study Abroad’ which provides details of foreign colleges and universities, the mandatory exams one has to clear to gain admission, visa requirements, travel and other necessary information. To make things even simpler for its users, the portal has launched ‘Collections’, an amalgamation of most popular college lists across various categories like ‘best campuses across the country’ or ‘the best placements in a city’. It has more features like ‘Loans’ which provide eligibility check and rate comparison, a preparation scheduler for MBA aspirants providing multiple examinations and college recommendations.

According to the founders, the information sought by students and parents varies a great deal from course to course. While for professional courses such as B.Tech and MBA, the deciding factor is almost always a college’s placements’ records (which includes both salary status and names of companies), for degree courses like B.A., B.Sc. or B.Com., the affiliating university matters the most. Aspiring medical students, on the other hand, choose to go by the hospital attached to the concerned medical institute.

Factors such as fees, approvals (AICTE, MCI, BCI and other approvals and recognitions are crucial for students belonging to Tier 3 cities and smaller towns) and location play a considerable role as well.

The company earns its revenues from a host of software solutions it provides to the affiliated institutes. Products like an application management software, a smart connect module, profile management and application generation solutions which helps  improve quality or quantity of admission applications, based on an institute’s current demands, ensures that a college or university conducts a hassle-free and efficient admission process.

However, no charge is levied on students for both college selection and application via the Collegesearch portal.

The company has been witnessing  150% revenue growth for  the company in every quarter for the past 2-3 years. In 2014, it processed about 2.8 lakh applications.

In 2015, the company reportedly has 3 Mn plus users and has surpassed 30K daily visits on its website.

In July 2013, Collegesearch had raised INR 20 Mn from Indian Angel Network (IAN). The round was led by Vikram as the Lead Investor, along with Varun Kuhrana, CTO, Grofers; and Anupam Mittal, founder of Shaadi.com & Angel investor in Ola Cabs.

Collegesearch has ambitious plans to become the market leader in this segment, capturing about 25% of the market.

Collegesearch claims to be the largest online college and university ecosystem in India, although platforms like Shiksha.com have been around for quite some time now.

Other known names include Greenclouds and Nopaperforms which also facilitate college admissions. However, unlike Collegesearch, these companies function in niche sectors.

What sets Collegesearch apart from its competitors, according to the founders, is the fact that it doesn’t work on a classifieds model. Instead it has a holistic approach when it comes to college admission processes.

The company boasts of working with some of the stalwart institutions in the Indian education sector. Names include National Institute of Fashion Technology (NIFT), School of Planning & Architecture, National Academy of Legal Studies and Research (NALSAR), NITs including National Institute Technology, Delhi and Kurukshetra, Jesus & Mary College (JMC), Fergusson College and Loyola for degree courses and XLRI, Narsee Morjee and MDI for management.

In the future, the 24 member team plans to expand both geographically and in terms of  offerings to institutions and students.

Indian SaaS products are gaining currency across the globe. With over 3000 colleges in its kitty, the company intends to launch globally which it believes will further increase efficiency on the institutional front.

Keeping its global expansion in mind, the company had rebranded itself as  Collegesearch from IndiaCollegesearch. The decision came after the founders  compared two different scenarios – the first that of Indian students considering education in foreign colleges or universities and the other that of students residing outside India and are interested in pursuing their education in the subcontinent.

The company also plans to launch its products in markets like UK, Germany, Japan and  Hong Kong where students face similar difficulties while searching for an ideal college education.

The education sector in India is over $90 Bn and is growing at a healthy rate of 15% CAGR. It is estimated that by 2020, India will have the world’s largest tertiary-age population and second largest graduate talent pipeline globally. Higher education currently contributes around 60% and is poised for a growth of around 18% CAGR. It is safe to say that the transformation of the Indian education industry is happening gradually from traditional brick-and-mortar to digital.

While many ed-tech startup have tried to replace the the educator/teachers with software, riding on the digital wave, it  has proved to be unsubstantial as when it comes to education, a faith in the teacher and subsequently the institution is hard to replace.

However, team Collegesearch apparently is more judicious in its decisions.Its singular focus on the core mission to improve the traditional college selection and admission processes shows that the team has a good head on its shoulders.