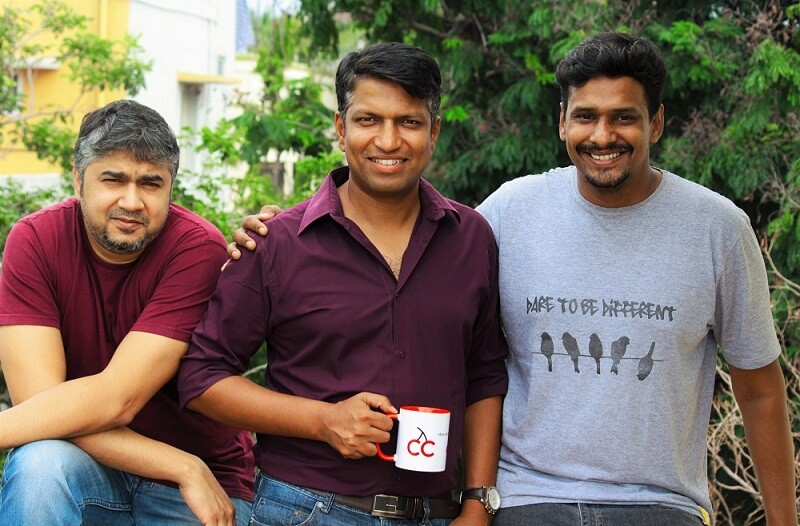 For Vinod Muthukrishnan, the inspiration to start CloudCherry did not come from any prior involvement in managing customer experience. On the contrary, it came from being an end customer and feeling that brands did not understand the end consumers.

Says Vinod, “We were not from the customer experience domain. We generally felt that brands did not understand us. There was a huge emphasis on transactional loyalty – you get a deal, you get a discount for being loyal. But, today, we know from ecommerce models that discount does not buy loyalty. So, with that in mind, we questioned what do we want?”

That question led to the realisation that brands which understand the customer’s wants and who customers love in return are the ones that tend to engage them over a lifetime. “They give us great products, great service, great experiences and are with us even when the products don’t work. So, if brands need to fully manage the customer experience, they should be able to engage with the customer across the entire lifetime cycle of a customer,” he explains.

But that’s where it gets complex. When one thinks of how one interacts with a brand, there are a gamut of options – from a store to a website to a mobile app to experience across social media and the experience they feel across all these touchpoints ultimately stays back in the customer’s heads.

Or as Vinod aptly puts it, “Unknown to you, all these little experiences across these channels shape your ultimate opinion of the brand. So, if you have to engage with the customer across a life cycle, you should be fully omnichannel. You should be present where the customer is present and engaging with the brand. Hence, it becomes very important for brands to react, respond, and manage customer experience on a real-time basis.”

And, thus, it was these three keywords – ‘across the lifecycle,’ ‘omnichannel,’ and ‘real-time’ which formed the genesis of why Vinod – along with his three co-founders Vijay R Lakshmanan, Prem K Viswanath, and Nagendra CL – created CloudCherry – a SaaS-based, real-time, customer sentiment mapping and experience analytics startup. Launched in 2014, the startup collaborates with brands to help them track, measure, and improve customer satisfaction, and at the same time also provide real-time analytics for different departments of the company through its products. 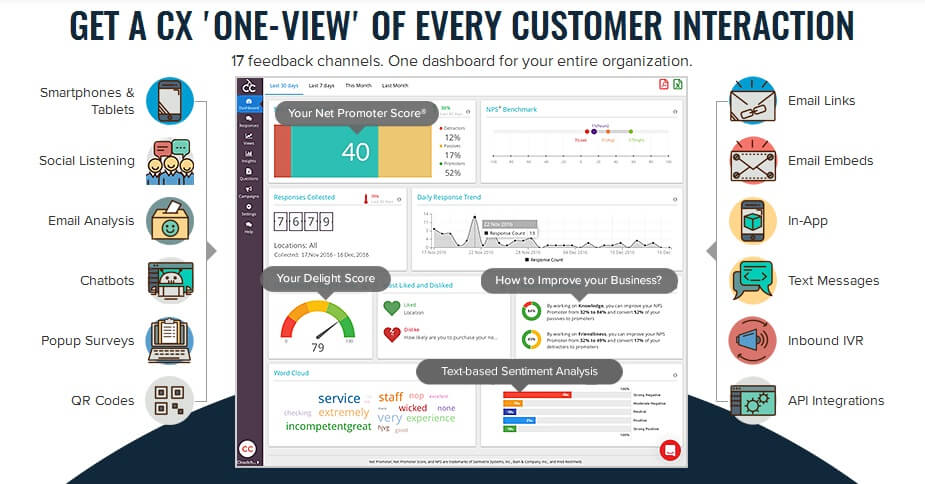 From Retail To Hospitality And A 100 Customers

When one thinks of customer experience, the first segment that comes to mind is hospitality. But very counter-intuitively, reveals Vinod, that the brands which started using CloudCherry were retail brands – for the simple reason that it was a more analytics-driven platform. Their first customer turned out to be Titan, acquired as a client by the end of 2014.

A significant portion of these customers are enterprise and mid-market, along with a few SMB customers. Geographically speaking, the startup will end this year with having almost 60% of its business from outside India. While Vinod did not disclose the ARR, he revealed that in the last 12 months, revenues have grown 4x times.

So while the sub-$15K is inbound sales-driven, the $15K-75K is covered by both inside and field sales while the above $75K bracket comes in primarily through field sales.

As far as funding is concerned, the startup raised seed funding from Chennai Angels and IDG Ventures India to the tune of $1 Mn in May 2015. Last year in September, it received Series A round of $6 Mn led by Vertex Ventures, IDG ventures and Cisco Investments. On the anvil are plans to raise funds in the next half of 2018. The team has also grown to 65 people in India and two in North America.

Made In India, Targeting The World

Vinod believes that big growth for CloudCherry will come outside of India. So much so that Vinod has himself moved to California as the firm is focussing heavily on expanding into the North American market.

And the first step towards this focus has been hiring Rose Bentley from California-based Satmetrix, a provider of the global industry benchmark on customer retention, to head operations in North America. Satmetrix, in fact, is the company that co-created the popular Net Promoter Score metric. As Vinod reveals, Rose’s role will be to build out the sales team in Salt Lake City, Utah to really hit the North American market. In this direction, the startup also plans on hiring eight more people in North America this year.

But this is not the sole step they have taken towards extending their customer base. There are three important partnerships that the startup has forged in this direction. The first one of them is with Microsoft in their global startup management programme. Reveals Vinod, “We are doing a lot of co-marketing and solution selling across India, Southeast Asia, and the US.”

The second one comes with Cisco which, besides being an investor, also brings strategic value to the partnership. These partnerships give it a large access to broader markets which someone at an early stage might not have. For Vinod, the rationale behind these partnerships is the simple need to break into niche markets.

“This is the year when we choose the ecosystems we want to succeed in. We are putting lot of effort to make sure that integrations with others give us a strategic leg up. It will allow us to crack niche markets,” he explains.

SaaS From India – Challenge Or Cakewalk?

But how difficult has it been to sell from India to the 14+ countries it is now present in?

He goes on to add that the nascent market for enterprise products is smaller in India, the number of companies is less, the deal size is smaller, deal cycles are longer, and accounts receivables is usually much more. In contrast, markets like North America are more predictable, deal sizes are larger, and account receivables is not a major concern.

Another challenge is, when you are selling to enterprises, it takes around three to six months for a deal to close, with four-five meetings, at least. So, in order to grow sustainably, methodically, and to scale, one has to be close to the markets. Which explains his move to North America as the startup gears up for a deeper play in that market.

Expansion plans aside, CloudCherry faces stiff competition from competitors in the US like Medallia and Qualtrics. But Vinod believes that the real competition to what CloudCherry does will come from younger, more nimble companies in the next five years than existing ones.

To combat them, he is relying on product differentiation to set them apart. He explains, “Our platform is open by the construct. Our ability to give dynamic, real-time, analytic insights to our customers is built inside and is not a tactical idea. That’s how we are built it. Hence, the product is at the heart of the differentiation.”

Additionally, on the product side, the startup is investing heavily in upgrading user experience.

“Our plan in the next two years is to cross the $10 Mn mark in ARR,” asserts Vinod. And much of that growth will come from outside India.  Despite that, he believes in: “Build in India, For the world.”

He cites instances of Freshdesk, Capillary, and Zarget among many others who are successfully selling to global clients. “Before services, we were exporting intellect. This was the first wave. In the second wave, we exported services. In the third wave, we are creating products. In the next 10-15 years, the combined net worth of all these SaaS companies out of India could very well be equal to the combined worth of the services company out of India,” he asserts.

While it might seem like a tall order, Vinod believes that it is very much possible in the next 15 years.

Vinod believes that MVP is a self-limiting phrase. So, for SaaS companies from India aiming to go global, they should instead focus on building a billable, viable product – meaning building what will be paid for in either service or product form, ideally both.

Also, if one has global ambitions, the strategy of building first for India and then the world doesn’t work. “Build for the world already. The beauty of the Internet age is that you can build for the world on day one itself,” advises Vinod.

Lastly, he concludes that because of their culture, Indians are usually a little reserved and understated in selling their capabilities.

“I think we need to be aggressive – and I am not talking about idle aggression here. It comes from knowing that I have built a good product. For instance, look at Freshdesk – when they released their CRM, they had the gumption to say that are coming after Salesforce. That kind of confidence does not come from a marketer’s slogan. It comes from the DNA of the company which genuinely believes that it can take on a $50 Bn company.”

For those looking to build million-dollar SaaS companies from India, these could just be the minimum viable points, to begin with.