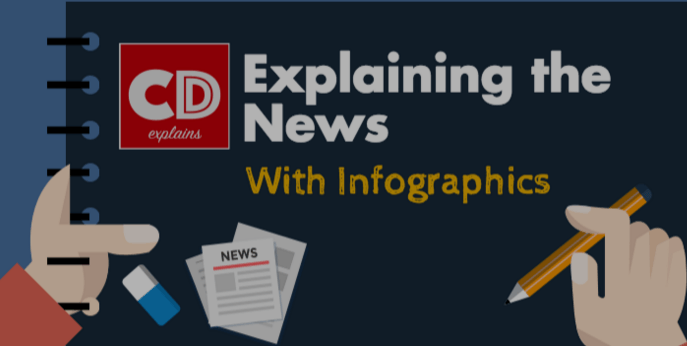 Around 4.65 lakh candidates had appeared for civil services preliminary examinations across the country this year. When compared to last year’s numbers, this year shows an increase of 14280 candidates.

While a career in civil services promises great opportunities, fact is that despite extensive preparations, only a few hundreds among the lakhs of aspirants who sit for the coveted competitive exams, make it to the final round. Keeping this harsh reality in mind, aspirants leave no tables unturned when it comes to prepare for The Exams. Chances are if you see a young woman/ man engrossed in their Bipin Chandras or A. C. Mukherjees and toiling the nights away, then  the exams are not very far.

While there is no dearth of information with the advent of the internet, the common problem candidates usually face is that there is too much of it. There is an overflow of information which leaves most candidates baffled. With information scattered all over the world wide web, more often than not, it becomes quite difficult to filter through all the hullabaloo and gather only the relevant data.

Two friends, Shikhar Sachan and Rohit Pande, identified this problem of ‘too much’ and felt the need of an online consolidated knowledge bank, a one-stop destination for all UPSC aspirants that would work as an extension of offline study preparations. In late July 2015, the duo launched Civilsdaily, an online platform for UPSC aspirants to prepare for competitive exams in a better and more efficient way.

In simple words, Civilsdaily aggregates and curates news items that are relevant  for test preparation, from authenticated news sources. An aspirant can log on to the website and browse through material available from several of its categories, namely, Economics, Environment and Biodiversity, Geography, History, Polity, Science & Tech, Trivia and World Events.

To make things easier for the candidate, the website offers an aggregated section of content called ‘CD Hub’ where he/she can get a concise view of all the important and relevant events and news happening across the world.

To provide its readers with the most authenticated information, Civilsdaily has several people in its team who they identify as ‘mentors’. The mentors are experienced in different domains and create content which are meant to compliment the offline material available.

Recently, the startup roped in Israel Jebasingh, a well-regarded IAS officer as a mentor-advisor.

According to Rohit Pande, co-founder and CEO of Civilsdaily, visitors usually look for content which help to understand the world’s events at a glance. It is where Civilsdaily’s curation features come to use the most.

The startup is still in its experimentation stage. While the team is still figuring out newer avenues for earning revenues, it soon plans to set a price point for some content, which will be categorized as premium.

According to the company, the reception so far has been favourable. The Civilsdaily app currently ranks 4th on the IAS keyword on Google playstore. As of now, it has about 40000 downloads and has received a rating of 4.5/5.

In October this year, the website received around 2 lakh visitors out of which 30% have been daily return users.

According to the company, there are around 15 lakh aspirants for UPSC on an annual basis. However, when the aspirants of SSC, BankPO, State PCS and other such examinations are included, the annual market size reaches around 50-60 lakh aspirants.

The civil services examination sector has been dominated by offline giants such as The Hindu, Jagaran, Pratiyogita Darpan, Chronicle etc. However, Rohit is quick to point out that these publications have never really innovated their offerings. Civilsdaily offers a more consolidated approach to the material available, focusing on information which is relevant. By doing so, Rohit is confident that Civilsdaily will prove to be leagues ahead of its offline competitors.

That is not to say that the online space is not cluttered with competitors. There are multiple websites as well trying to attract  UPSC aspirants. Some of them are IASPreparationOnline, CivilServiceIndia, IAS100, IndianCivils, IASBaba etc.

Rohit is of the view that, most of these websites simply replicate the offline content and put it up online. In doing so, they’re not really making any efforts to help the aspirant develop a habit of preparing online.

Therefore, he is of the opinion that, as of now Civilsdaily does not face any direct competition.

Currently, the startup is focusing on UPSC aspirants only. However, the 10-member team is hopeful that once the company has successfully found its place in the market, it’ll incorporate other competitive exams like SSC, BankPO, State PCs and others.

Civilsdaily is also on the edge of building a community for its readers. Comprising of IAS aspirants, mentors, officers in service & rank holders, the community will bring together people who will slowly build a sustainable ecosystem for those involved.

Ed-tech seems to be the new buzzword in town. Combining the aggression of technology with the novel intentions of education, this space has a lot to offer when it comes to innovation, disruption and ultimately creation of something unique or in a layman’s term, something that changes everyone’s game.

While key words like ‘personalization’, ‘analytic mapping’, ‘digitized content’, ‘video lectures’ might be doing the rounds, when it comes to education, especially preparing for competitive examinations, most students still prefer the offline medium.

The most common reason is that the online players completely disregard the importance of offline study materials. Learning is a habit and as the saying goes, ‘old habits die hard’. Unless the habit changes completely, it is difficult for ed-tech players to bring forth the disruption that everybody’s hinting at.

However, according to Rohit, Civilsdaily is planning to play the game a bit differently. The startup is very clear about the fact that it doesn’t want to disrupt the existing study habits of its readers. When it comes to Civilsdaily, it is not about choosing between online and offline. Through its curated and aggregated content bank the startup is trying to bridge the gap between online and offline preparation. By understanding the pain points which are currently underserved by offline study systems the startup presents itself as an extension platform for preparation to its consumers.

By providing relevant and useful content and developing a community of like-minded hopefuls, Civilsdaily hopes that slowly but steadily it’ll help the aspirants shift their entire preparation online. Rohit concludes by saying, “That’s where the actual disruption will take place.”