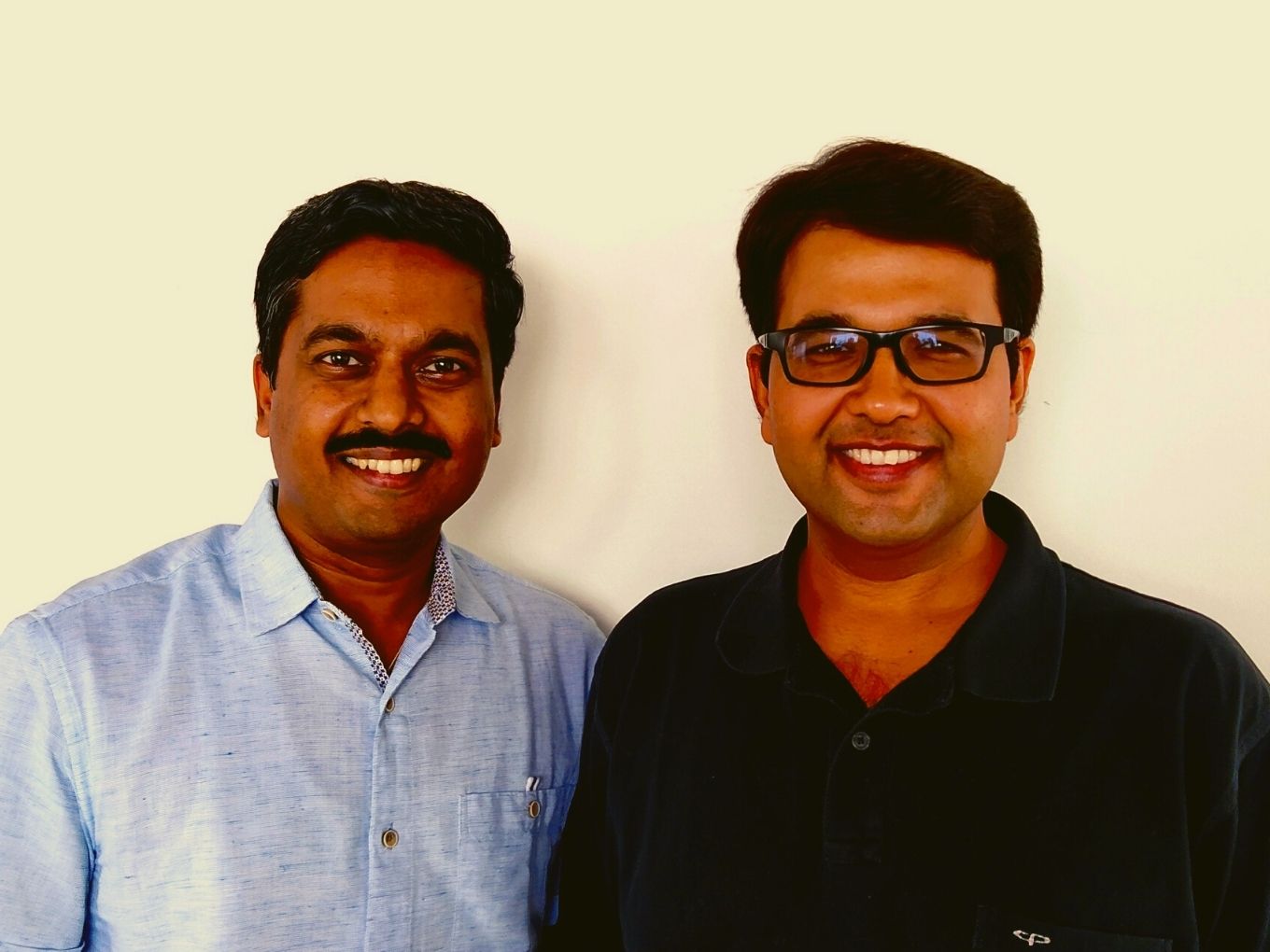 For its initial use cases, Repute is currently working with several rental, background verification and fintech companies, as it believes that the consumer trend is heading towards renting assets and borrowing credits

Repute claims to offer a secure and transparent way of sharing information/data for users and businesses, without having to compromise on the data privacy and security aspect

In an era where businesses and entire sectors are getting digitised rapidly, the trust factor is becoming a major challenge to solve for consumer-facing businesses as well as enterprises with individual customers. While several hundred terabytes of data is generated on a daily basis, the data is often stored in siloed-off platforms that don’t necessarily have any way to share it with each other and solve the problem of authenticating users.

Nestaway co-founder at the real estate tech company Deepak Dhar knows this all too well as the problem of verifying tenants is a major hurdle for rental startups. So when Dhar exited Nestaway in June 2019, his next project focussed on eliminating this major hurdle by collating data on a secure platform for service providers to easily cross-refer.

The serial entrepreneur’s second venture attracted investors even before the product has been launched officially. Currently, in beta, Repute raised INR 13 Cr ($1.7 Mn) in its seed round from Global Founders Capital (GFC), the venture capital arm of Rocket Internet. It is also backed by other investors including Saison Capital, AngelList, 3one4 Capital and Jiten Gupta, which own a smaller stake in the company.

“We are in a world where we are getting into a new relationship on an everyday basis, and it becomes really important for companies/users to find a way to quickly move from not knowing somebody to trusting each other, digitally,” Dhar told Inc42, elaborating on the basic challenge that Repute is solving. 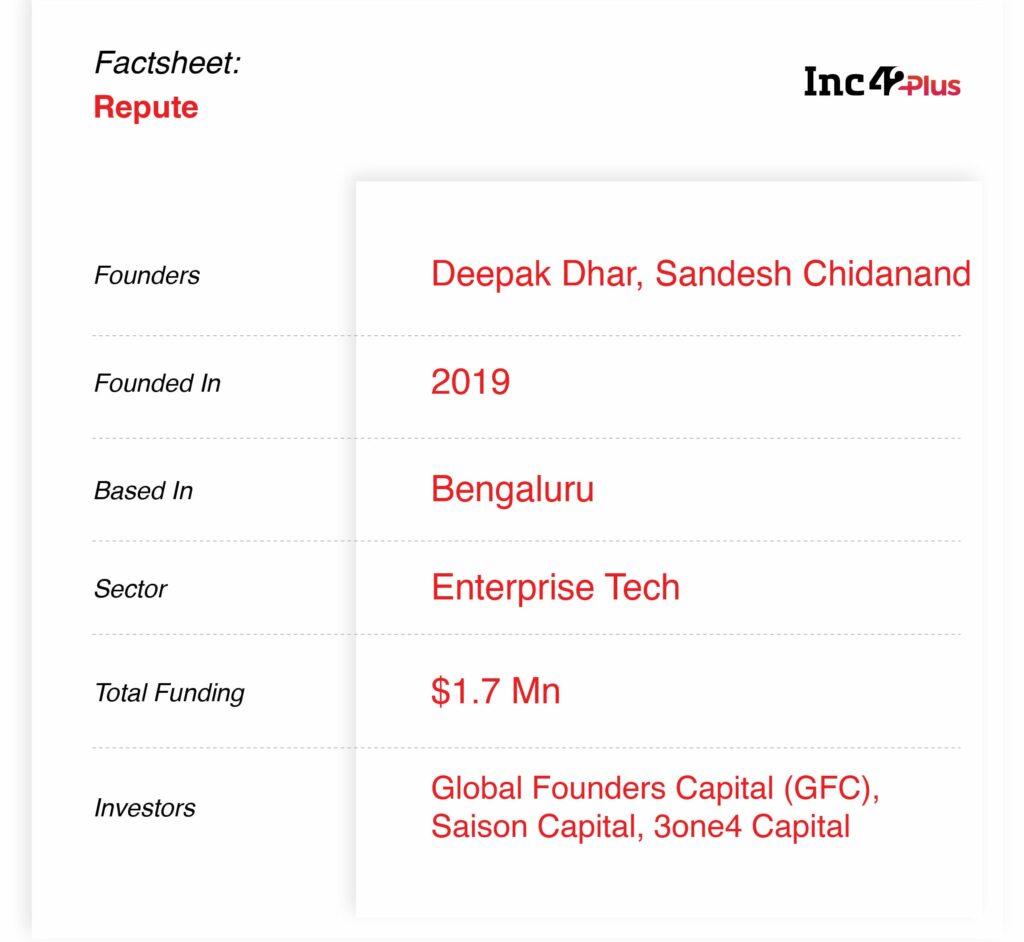 For its initial use cases, Repute is currently working with online rental platforms for background verification as well as fintech companies. Its clients in the beta phase include Nestaway among others.

With Repute, when an individual rents homes through Nestaway or any other online rental platform — be it furniture, vehicles or other categories —- the service provider can verify the right details for the customer. The service providers will also get access to details such as pay slips, previous settlements, previous rental experience and more, upon users’ consent, which is not possible through traditional onboarding. With Repute, consumers and service providers are able to view and share verification and transaction data in real-time, claimed Dhar. Consumers also get incentivised and rewarded instantly on the basis of their data on Repute.

A Marketplace Ecosystem For Data Exchanges

Following a marketplace model for data, Repute helps enterprises track frauds, eliminate bad customers and incentivise good ones. It also claims to build a reputation of both customers and businesses over time, which would further enhance the trust factor and quality of service.

According to PwC’s Global Economic Crime and Fraud Survey 2020, where 5K participated in the survey across 99 territories, revealed that 47% of companies experienced fraud in the past 24 months. The study further stated that the most common types of fraud were customer fraud, cybercrime and asset misappropriation.

Repute said that it is currently integrating various service providers and businesses onto its network and for now, customers might have to download the existing apps, alongside Repute’s app to manage the data. However, Dhar clarified that their platform, once launched, would be integrated into the service provider’s backend, which would redirect users to Repute, without needing installation.

“Within the ecosystem, cross connections of data are fairly high. This, in a way, enables competitors in the same space to collaborate and work with each other, thereby eliminating fake profiles and identifying genuine customers which can boost the quality of the service and eliminate trust deficit in the ecosystem,” Repute cofounder Deepak Dhar.

Currently in a beta testing phase, Repute runs on Hyperledger fabric and its wallet run on Hyperledger Aries, a shared infrastructure of tools that enables the exchange of blockchain-based data, supports peer-to-peer transactions and facilitates interoperable interaction between different blockchains and other distributed ledger technologies.

For beginners, Repute provides users the ease to store data on the wallet, backed by public-private key cryptography. The data on the wallet is stored in an organised and structured manner, where both personal data (DigiLocker or Aadhaar, PAN, birth certificate, education certificates, voter ID and more) and transactional data (invoice details, transaction history, pay slips, repayment details) can be available in one place. The users will have access to it anytime, anywhere, and can share it with the service providers that are listed on Repute when signing up.

The concept is similar to self sovereign identity (SSI), which is being adopted by the WCC Central Committee. Today, a lot of startups are working on a similar concept and developing solutions across industries, some of these include — Hypermine’s BoBo, SpingRole, RecruitiFi, SingularityNET, Ethereum Classic, Vettery among others.

The Future Of Consent-Based Data Sharing

There’s no doubt that interoperability of data and collective sharing is beneficial for the sector as a whole, but trusting a singular platform will the data is also a hard-sell for the tech aware audience, which would be the primary target audience for Repute.

According to the startup, the private data coming from the service providers gets directly stored in the blockchain wallet from the relevant sources or service providers that are available on the app. Repute clarified that it has no authority over the data as it is end-to-end encrypted, and runs on a secure open-source blockchain network.

For example, in the case of Repute, when a furniture rental company asks for bank statements or a bank asks for six months salary slips when applying for a loan, upon users consent, the user can then select the relevant information/data stored on the wallet and share it directly with the service provider.

Going forward, the company claimed that the data transaction that is happening between the users and businesses remains transparent, tamper proof and authentic.

“With our app, the secondary data that gets shared between the users and businesses remains trusted and secure as it gets stored in users’ wallets and company’s servers, in a secure way, thereby eliminating any kind of forgery or tampering.”

Repute is looking to launch its app sometime next month for general availability. The company said that as of now it doesn’t have any plans to raise more funds. “We have most of the current amount unspent,” concluded Dhar.