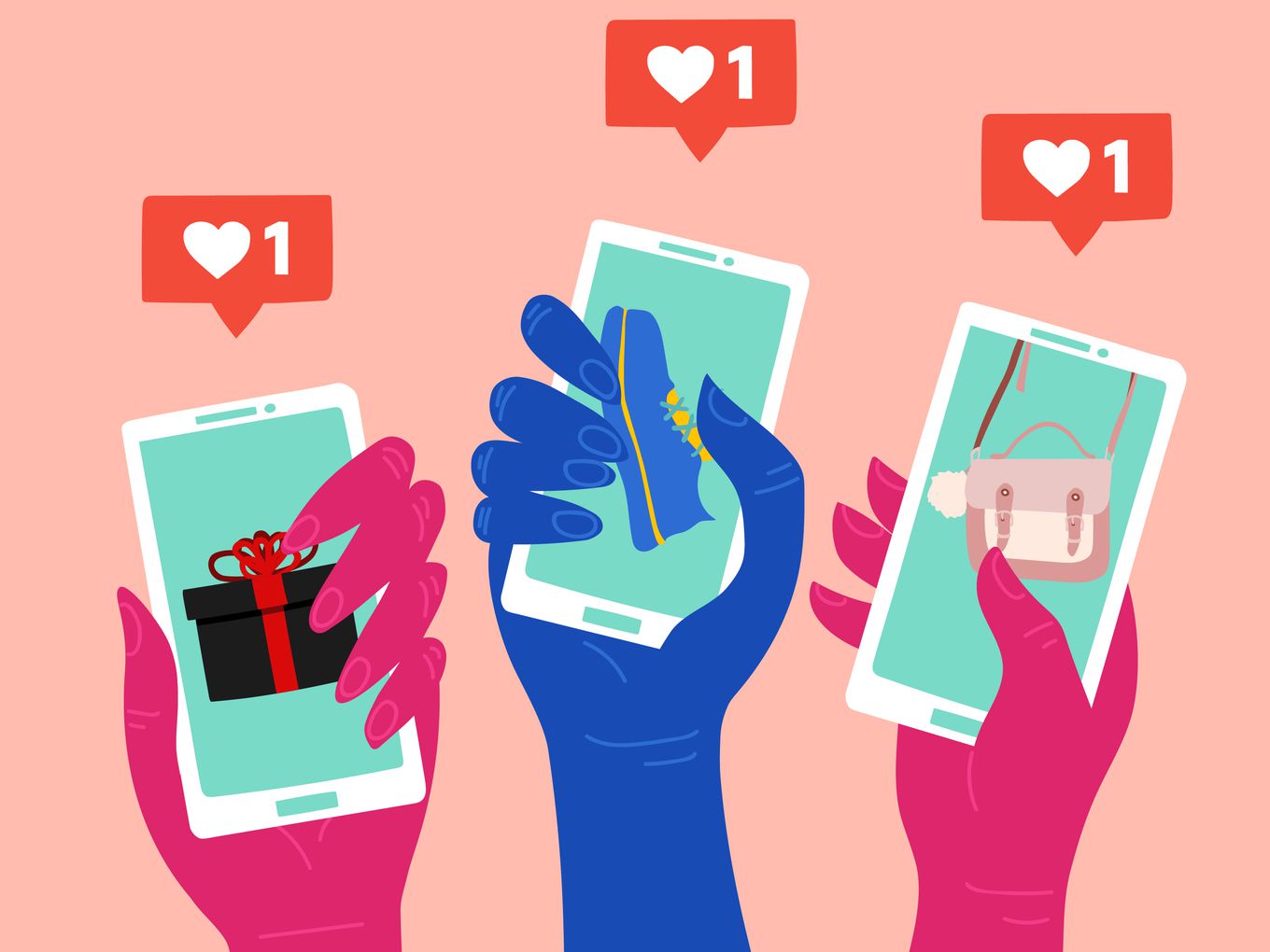 Brandie, which launched last month, currently monetises via a subscription model, plans to transition to ROI based model in the future

Most people might not even be aware of a Indian town called Rajamundri in Andhra Pradesh, but the small town could just have played a big role in changing one of the hottest marketing categories in the world right now — influencer marketing.

Here’s a little background on why India has a big part to play in the next big influencer marketing innovations. It is set to bring 500 Mn first time internet users to the world within the next decade, could become the world’s largest middle class consumer market by 2030, surpassing both China and the US, according to the World Bank. As much as this represents a high growth opportunity for consumer and social media companies, it also means there will be increased competition to grow aggressively, especially as markets outside India slow down.

It is no surprise then that India is seeing a huge surge in digital marketing spend with the digital advertising industry slated to grow at 32% CAGR to reach INR 18,986 Cr by 2020.

One significant trend to sprout from this growth spurt in digital advertising is influencer marketing across online and offline platforms. Influencer marketing essentially involves public or non-public figures who have a significant following on social media, especially from the brand’s core target audience.

But influencer marketing has its limitations especially when it comes to campaign’s reach, lack of analytics and tools to effectively measure the return on investment for the influencer campaign, as well as the relatively expensive upfront cost of identifying various influencers.

Creating A Wave Of Influencers

That’s where Brandie, an app created by engineering graduates Douglas Andersson and Pranav Kosuri from Sweden, could play a key role. Brandie is looking to address the influencer problem and has selected India as a platform to launch the “nano influencer” service.

The duo met in 2014-2015 when Andersson was studying engineering in China and had a chance meeting with Kosuri, a fellow Sweden-native, student in Beijing at the time. This set in motion a friendship and an entrepreneurial journey that would lead to conceptualisation of Brandie.

Users can download the Brandie app, available on the Google Play Store and apply for brands they want to promote. The users have to give a brief descriptor as to why they want to promote a particular brand after which their responses are reviewed and they are either shortlisted or rejected for the brand engagement. Once an influencer  gets access, they can share pictures and social content promoting the brand on Instagram, Facebook, Pinterest, Tumblr and Twitter which are already linked in the Brandie app.

“The core answer here is that of transparency. One question that always arises when viewing a post by an influencer is if the post is actually their opinion or if a brand has written it for them. We think influencer marketing is great and we are an extension of that,” said Andersson.

Users don’t get monetary rewards and users are rewarded by incentives that could be invitation to brand events, discount on brand products, etc. According to Andersson, people who share these posts are actually consumers of the brand and that the posts in smaller networks will be more concentrated and have more of an authentic impact.

The biggest influence comes from our near and dear ones — Andersson

For brands, the question is — wouldn’t it be simpler to manage few influencers who have a large following instead? To prove that that’s not the case, Brandie chose Rajamundri for its pilot.

Rajamundri is a hot and humid city in Andhra Pradesh. In late 2017, Andersson and Kosouri flew down from Sweden to the city to conduct their first beta testing of the app.

At first glance, Rajajmundri does not have any particular quality that makes it suitable for such tests. Since Kosuri’s family hails from the town, it had sentimental value too, but what helped is that it’s far removed from the hustle bustle of metros and larger cities which are usually the breeding ground of top influencers.

“In places like India and China people are especially proud of the brands they buy and which they like to show around. We saw this as a unique opportunity for us to explore how we can take this trend and apply it to influencer marketing,” said Andersson.

They chose India over China because of advantages like a much liberal internet regulation, lack of language barrier and the fact that both the countries represented great growth opportunities and thus they went ahead with India.

In Rajamundri Brandi worked with small merchants like cafe owners and other eateries for the beta test.

“When we checked the population of the city, it was around 450K people and we built a minimum viable product (MVP) so that users could unlock rewards by sharing photos and we decided to test the beta app on Android. Our target group consisted of those aged 18 years-36 years, who had Android phones and a Facebook account. We were mainly targeting the students,” said Andersson.

21 days later, Brandie users in Rajamundri had shared about 15,000 photos through the app, creating close to 3.1 Mn impressions. Brandie threw in simple rewards such as getting a free coke and Andersson claims that the partners saw a spike in sales.

“We sometimes saw a group of 20-30 people who would come at one time because they wanted the deal. It reminded me of PokemonGo. The traffic that we saw (especially when free cookies were part of the incentive) was so huge that our vendors could not handle it and we had to work on getting other scalable rewards,” Andersson added.

The Rajamundri pilot ran for a month after which Anderson flew back to Sweden to iterate further. At the same time they started to talk to larger brands in India. By the time the product was ready for a final release, they had already engaged premium brands that wanted to be part of the launch.

Brandie currently monetises by getting brands to subscribe for monthly plans. It intends to transition to an ROI-based model which would be based on the number of stories getting created, impressions and the impact, which is how digital advertising has worked traditionally.

“We only want to charge brands when see actual results. So the pricing will be based on the number of stories getting created and the impact,” said Andersson, adding that It Brandie also plans to introduce alternative revenue streams in the “near future” driven by lead generation and sales conversions. That’s where the company could face the same challenges that current marketing agencies face when working with influencers, such as content moderation.

To ensure there is no spamming, only users with Facebook accounts can register and need to link each social media platforms individually. Moderating content will be a challenge, acknowledges Anderson, especially in a country like India where spamming and abusive trolling are rampant online. He said Brandie is using a combination  of AI solutions and manual moderation of pictures and plans to automate this in the years to come.

In India, it has engaged more than 10 new-age and established brands such as Raw Pressery, Bengaluru FC, Club Mahindra and Godrej Nature’s Basket.

For the founders of Brandie, their belief in the platform is driven by the idea that this solution will be an alternative to the present influencer marketing process, and it’s banking on the rise in brand spending on influencer campaigns.

One vital step is to put in place tools for measuring the impact of campaigns, which is critical for brands and also for Brandie in order to convince mega brands to switch over to their model, instead of the traditional approach. And there’s a big chance that influencer marketing conventions will change this year.

According to Influencer marketing analytics company Buzzoka, more than two-thirds of marketers in India said they spent an average $50,000 on each influencer campaign per year, per brand. And while last year, most companies spent just 5% to 7% of their total marketing budget on influencers, 73% of the respondents said their budget allocation would rise in 2019.

According to Ashutosh Harbola, co founder of Buzzoka, “When you out the pic on FB, you typically get around 100 likes but relative to your following, your engagement rate is 20% and also add the fact that if the product is being endorsed by your mother,…that is some serious credibility.”

For that to be a reality, Brandie will need to particularly target Indian regional language content consumers and users, who are expected to collectively account for 75% of India’s digital user base by 2021, according to a report by Google and KPMG.

“If you go to Instagram today and look at the hashtag of any big brand, you will see millions of photos about the brands without incentives. We see that every voice on social media has value and even the smallest ambassadors should benefit,” said  Anderson.

The company will also need to garner enough users so that brands with drastically different target audiences can still utilise the platform. If it does get it right, it can offer brands a massive opportunity to customise their messaging more than ever before, engaging an army of influencers, instead of just a handful.