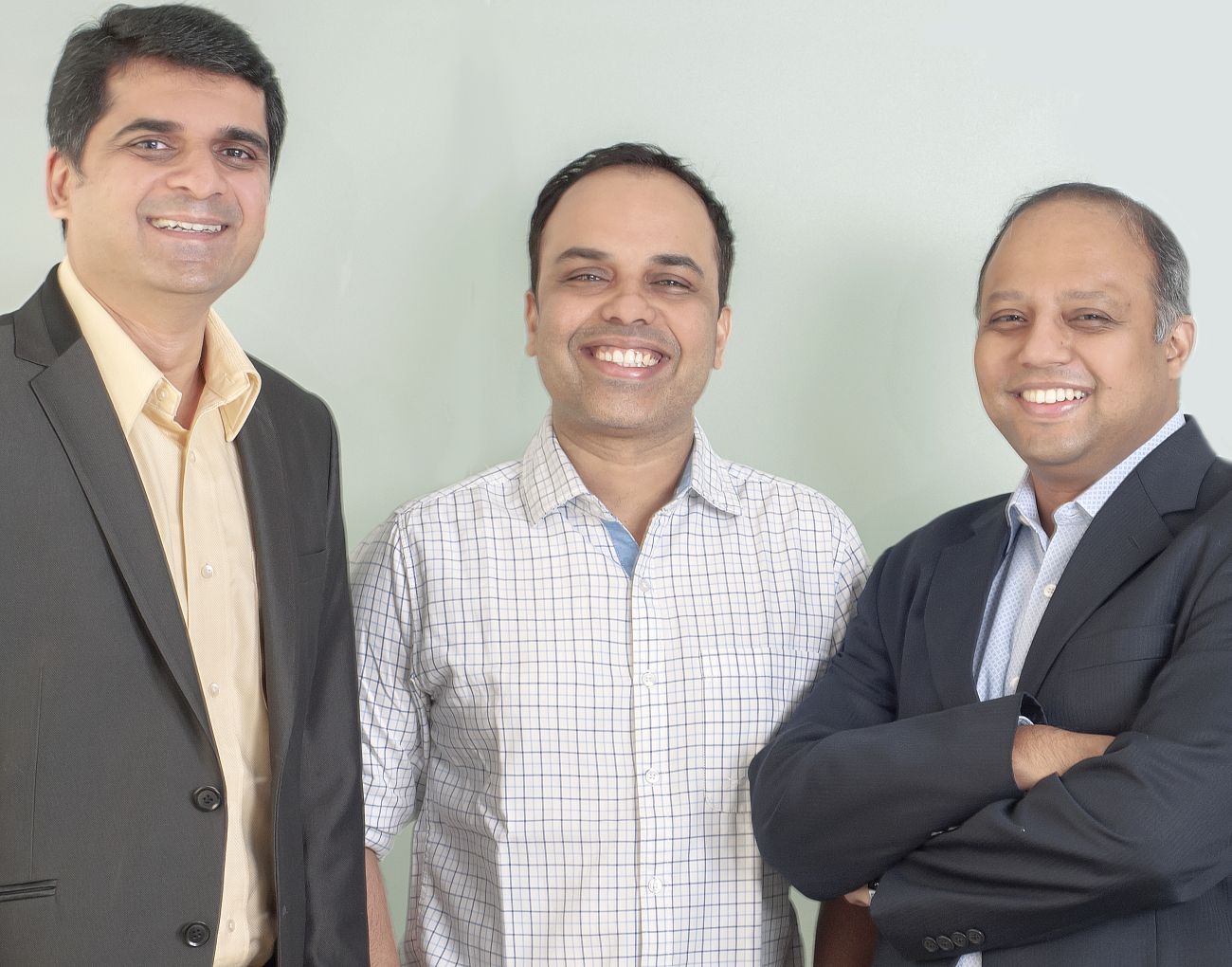 Amtrak, the marketing name given to the passenger railroad service run by the National Railroad Passenger Corporation in the US, is one of the most widely-used and busiest transit systems in the country. In 2016, Amtrak was dealing with major issues in relation to the punctuality of its trains. One in five of its trains was running late and Amtrak turned to German tech major Siemens, which installed sensors on locomotives and recorded data about their movements. The sensors helped detect potential issues before they occurred, and reduced train delays by 33% in 2016, compared to the previous year.

While sensors feel like an obvious solution after implementation, companies still need a push when it comes to adopting such new technology. Thanks to Siemens, Amtrak had joined the Industrial Internet Of Things (IIoT) juggernaut. Simply put, IIoT includes connected sensors, devices and gadgets that are ushering in radical changes for businesses, manufacturing units and corporations.

According to a joint report by IAMAI and Deloitte, in India, Industrial IoT will have the lion’s share of the revenue from the overall IoT by 2020. The overall IoT market is projected to grow to $12 Bn by 2020, according to the report, and within the IIoT segment, the energy and utility sector and the industrial manufacturing sector will together account for roughly 43% of this market.

Three friends recognised the massive potential and opportunity in this space in India and decided to build a company around helping the industrial world adopt IoT. Having been in the enterprise technology space and worked for marquee companies such as Persistent Systems, Amazon, BMC Software, and Bladelogic, the trio –  Ranjit Nair, Vinay Nathan, and Yogesh Kulkarni – believed that they had the expertise to build an entrepreneurial venture in the IIoT space. They were not wrong; in 2013, they launched Altizon, an IIoT tech platform.

The company does so with the help of its flagship products — Datonis IIoT platform and Datonis Manufacturing Intelligence Suite (MInt). The former facilitates secure connectivity (support for the most common IIoT protocols) and process IoT data at scale with its stream-analytics engine. It provides the ability to analyse and visualise this data in real-time with its Analytics Notebook service. The platform also provides a set of connectors and an API to integrate IoT data into enterprise resource planning (ERP), customer relationship management (CRM), and business intelligence systems (BIS) of its partner enterprises.

With the company dealing with such a massive amount of sensitive client data, it has to ensure that its data security infrastructure and protocols are top notch. On being asked as to how Altizon deals with data security, Nathan claims that the product development process follows universally-accepted protocols and security standards. It has established multi-layered security and uses only validated and certified libraries.

“Moreover, our products and solutions are frequently audited by third-party auditors,” he added.

Altizon has partnered with over 35 companies in their specific domain/vertical and has outsourced its support functions such as legal and finance. With a team of about 50 employees operating out of its India (Pune) and North America office, the IIoT startup primarily caters to the automotive, tyre, chemical, FMCG, metal, and energy & utility industries.

Last year, the IIoT company received its fair share of recognition in India, as well as globally. Inc42’s 42Next list recognised Altizon Systems as one of the 42 most innovative Indian startups of 2018.

In 2018, the global research firm Gartner recognised Altizon in its Magic Quadrant for Industrial IoT (IIoT) report. It was one of the 11 companies worldwide to be included in this report.

The Dawn Of Industry 4.0

Digitalisation has entered every aspect of our lives, and the same is true for businesses, especially in manufacturing. This industry is witnessing a significant transformation in the way products are being manufactured, or rather the processes that enable manufacturing. Such is the impact of this digital transformation that it is being called Industry 4.0 or the fourth industrial revolution.

We have come a long way from steam and hydropower (first industrial revolution), through the era of assembly-line mass production powered by electricity (second revolution) and then the age of computers, robotics, and automation (third revolution). Now data and machine learning are being used along with computing power to create smart, flexible and efficient manufacturing units, supply chains and distribution models or Industry 4.0.

IIoT is at the forefront of this new phase in manufacturing. According to IOT Analytics, the number of active IoT devices is expected to grow to 10 Bn by 2020 and 22 Bn by 2025. The global Industrial IoT market is predicted to reach $122 Bn in 2021, registering a CAGR of 7.3% through this period.

A separate report from Assocham-EY says IoT has the potential to reach 2 Bn connections in India, thereby unlocking revenues of $11.1 billion by 2022. It also predicted a trillion-dollar digital economy in India by 2022, which would be key to Industry 4.0.

In the race to digitalise manufacturing, Altizon faces competition from a few domestic players such as EroNkan Technologies and Oizom Instruments. Both these startups raised funding this year. According to Nathan, the company also faces frequent completion from PTC’s ThingWorx (the global tech company’s IIoT platform). But Nathan says Altizon’s comprehensive IIoT product portfolio, global rapid deployment capability, and cloud-agnostic stance (no lock-in with any cloud vendor or infrastructure provider) are the three key differentiators and the company’s competitive edge.

The Indian government is also doing its part to accelerate the adoption of IoT and other Industry 4.0 components and create awareness around best practices. In order to do so, it has partnered with various industry bodies to create a thriving environment and take Indian manufacturing to the next level.

One such national initiative is Smart Automated Manufacturing and Rapid Transformation Hub or SAMARTH Udyog. This Department of Heavy Industries initiative introduces a necessary framework for digitalisation in the manufacturing sector by focusing on awareness of technologies, education and training, and proliferation of Industry 4.0 standards. Under this initiative, four centres have been set up at IIT Delhi, IISc Bangalore, CMTI Bangalore, and C4i4 Lab Pune, which work with manufacturing companies in their region to facilitate early adoption of Industry 4.0 standards. Altizon is a founding member of C4i4.

“We are positive that the adoption rate for Industry 4.0 in India will increase rapidly in coming years and Indian manufacturing will reach to next level,” Vinay Nathan.

In fiscal 2018-19, Altizon’s revenue funnel has grown 3x has been registering 2x revenue growth for the past several years, claimed Nathan. It also has secured multi-year contracts with over a dozen global industrial majors.

The company recently raised Series A funding of $7 Mn from the Singapore-based subsidiary of automobile manufacturer TVS Motors to fuel its international expansion and IP development. It also counts The Hive, Wipro Ventures, and Lumis Partners as its investors.

According to Nathan, the reason for choosing Pune as its operating base in India was because the city offers a great platform to interact with manufacturers, test and validate the technology, and build customer traction.

Since its inception, Altizon has worked on over 270 IIoT projects and is currently facilitating the digital transformation journey of over 130 enterprises. In the past two years, it has established its presence in North America and European regions and registered continued growth in APAC regions. It plans to expand its footprint in North America and Europe, this year.