Year 2016: The Year When Funding Will Become Truly Democratic

Year 2016: The Year When Funding Will Become Truly Democratic 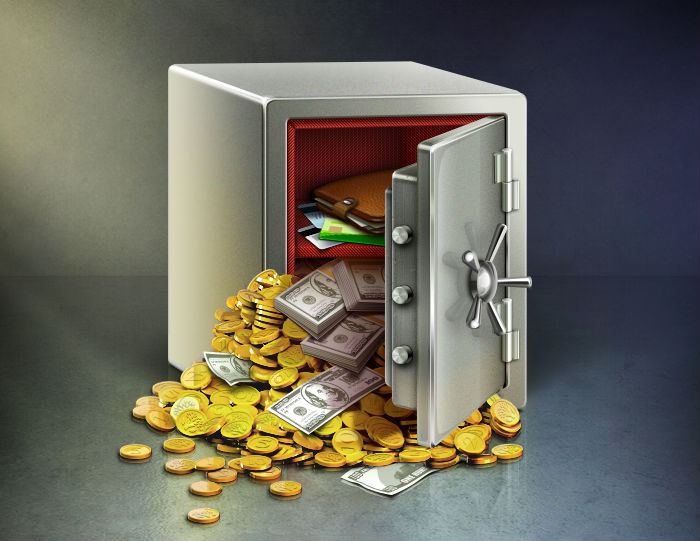 They say when ideas are backed by communities – they become revolutions!

Such is an idea of Crowdfunding – which though started gaining ground around 7 years back – but today is  shaking any conventional paradigms of start up funding – and becoming one of the most powerful innovation engine globally.

Let’s briefly look at how this medium has emerged across the world, in India – and what the future holds.

From modest levels of USD 880 Million by 2010 – to almost becoming a USD 16 Billion industry today, crowdfunding has witnessed immense growth of more than 100% YoY – and given this trajectory, which is expected to go even stronger – crowdfunding will be pumping in USD 34 Billion by 2016 – which then exceeds the average investment size of USD 30 Billion that Venture Capitalists normally make! Even if we look at equity crowdfunding – which has a volume of approximately USD 2.50 Billion today – assuming the similar growth trends – it will again cross average VC investment levels by year 2020.

Again, while so far equity crowdfunding was restricted to accredited investors – with the recent opening up of Title III regulations – there is a whole mass of new investors and communities – which will start pushing and supporting the new generation of ideas – thus making community funding truly challenge the existing paradigms of venture capital funding.

Putting it straight – crowdfunding is now here – and existing investors are already adapting their methods to work with it.

Funds bring stability, deep pockets and predictability; they are managed by teams of dedicated investing experts who spend every waking moment finding great founders and helping them scale their companies. At the same time equity crowdfunding opens up startup funding to rest of the world – letting engineers, finance pros, real estate, entertainment, small business and Fortune 500 execs participate in the next wave of innovation. When you combine the stability and expertise of a VC firm with the enthusiasm and rich experience of the crowd you get a powerful new force in the funding ecosystem.

Impact of Equity Crowdfunding on startups. 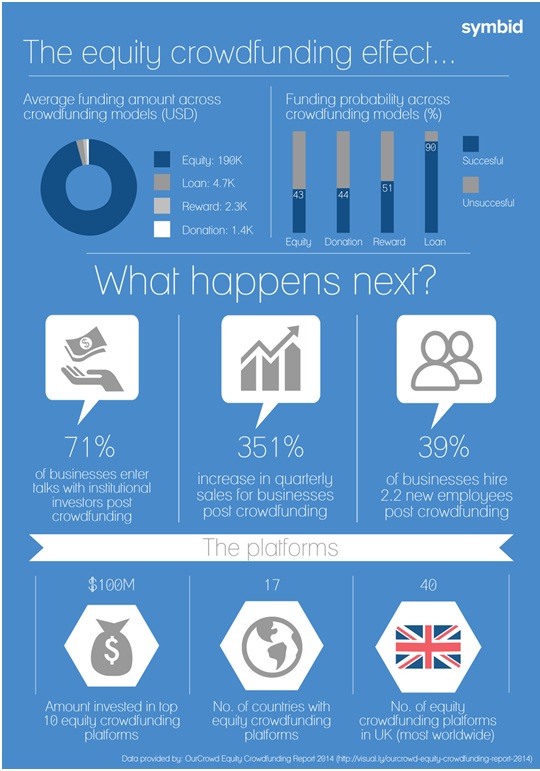 As more & more countries are opening up regulatory access to crowdfunding and are enabling larger sections of communities (read unaccredited investors) to partake in exciting opportunities being offered through crowdfunding platforms – there will soon be set of professionals & products – who could offer these opportunities to be managed like ‘mutual fund’ units and thus offer better controlled deals.

Indeed, SEBI – in its white paper on ‘Equity Based Crowdfunding in India’ – which it issued last year – already mentions about creation of ‘Funds Based Crowdfunding’ – wherein the key spirit is to let a group of professionals create an alternative assets fund – which would then invest in opportunities on crowdfunding platforms.

There are already talks of ‘Venture Exchanges’ as the next fore-front of crowdfunding – wherein communities would be able to trade their crowdfunded securities with others and thus have access to better liquidity and transparency.

Again, India is also seeing this happen with emergence of platforms such as ‘Grex’ – which do endeavour to open up secondary trading in start ups investments.

As crowdfunding models emerge out – there’s no doubting that VS’s and crowdfunding platforms will co-exist – as will find their respective niche areas to operate in. Crowdfunding could be extremely beneficial for early stage ventures – as well as late –stage businesses – which are potential areas where VC’s normally hesitate to come in. Again, for VC’s – the market validation that ideas obtain from successful crowdfunding – could be a strong indicator of the potential the idea has.

As in any maturing industry – while there could be just few broad crowdfunding platforms – markets will then see emergence of differentiated/domain focused platforms – which could thus bring deeper insights into their respective domains and offer interested investors better opportunities in respective spaces.

Crowdfunding has seen decent traction levels in India over last two years – with total volume across all crowdfunding platforms expected to be currently around USD 4 Million and an active contributors base of 15,000+ members. Also, while SEBI has already issued a consultation paper around equity based crowdfunding – the same is being actively discussed amongst regulatory circles – and even the PMO office has mentioned about ‘Bringing Crowdfunding’ at multiple occasions.

Needless to say, what will be required will be local adaptations to the model – as well as active engagement with corporates and other communities – to further scale up the acceptability of the model in India.

But one thing is sure – if India needs to emerge out as a globally leading hub of start-ups – it cannot ignore the potential of crowdfunding for long – and the power that can be brought to support millions of potentially disruptive ideas when Indians can start making India.