How Digital Infrastructure Can Help Implement UBI In India?

How Digital Infrastructure Can Help Implement UBI In India?

UBI has the potential to alleviate millions out of poverty, increase household incomes and boost domestic consumption 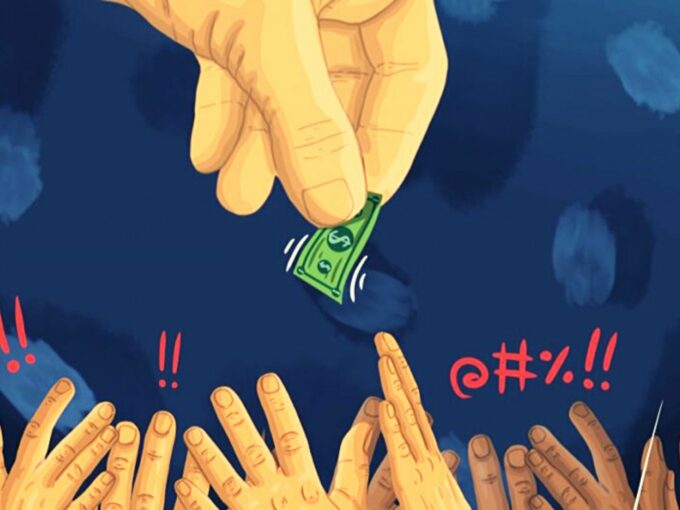 The spread of Covid-19 has hit countries like an unexpected tsunami bringing the most powerful nations to its knees. The medical and economic devastation the pandemic has caused has surpassed any event in recent history. As per IMF Chief, we have entered a global recession that will be worse and will last longer than the 2008 crisis. That is a startling fact to fathom.

Perhaps for the first time, our generation (Xennnials and Millennials) have experienced a threat to our existence at such a scale. The earlier generations witnessed two world wars, plagues, spanish flu and the ever looming threat of an atom bomb being dropped by a rival nation. But our generation has lived in history’s most peaceful era. We lived comfortable lives (for good reason) and began to think we were the untouchables. But the sudden outbreak of Covid-19 has challenged that notion.

As of April 30, there were 3.1 Mn Covid confirmed cases and 228K innocent lives were lost. And by the time you read this article, the number would have doubled or tripled. But what’s unique about this pandemic is that it’s first a health problem and then an economic problem. IMF Chief Gita Gopinath recently warned that the global economy can lose $9 Tn due to the pandemic.

Doctors, scientists and bio-genetic engineers are working overtime to come up with vaccines to contain and eradicate this virus. This article looks at the problem of the economic devastation caused by Covid-19 from an entrepreneurs lens and proposes how Universal Basic Income (UBI) can help India recover from an economic setback caused by the pandemic.

Universal basic income (UBI) is a government guarantee that each citizen or the most vulnerable citizens of a nation will receive a minimum basic income to cover basic cost of living. UBI is a periodic, unconditional cash transfer (not in-kind) to citizens regardless of one’s caste, religion, gender or ethnicity. One of the related examples of UBI (often known as DBT) is the  new farmer income support scheme (PM-Kisan) where INR 6K is transferred into the bank accounts of farmers in three tranches (INR 2K each) over the course of an year.

Why Is It Needed?

Situations like lockdowns are a grave threat to the financial security of households and have resulted in derailing the economy. In the past decade, India’s unemployment rate has hovered around the 8-10% mark, but the lockdown has pushed this mark to 26% (on conservitive side). With a looming recession, rapid automation and technological advancement in manufacturing and service sectors, the unemployment numbers are set to rise drastically over the coming months and years.

This is a huge problem for India. When unemployment rises, people have less money resulting in lesser expenditure/consumption. Which eventually leads to lowering or wiping of company profits.

The sectors that are most hit due to the pandemic combine provide 63.1% of employment in India- manufacturing, services, hospitality, transport, real estate and construction.

Many companies in those sectors are beginning to feel the squeeze from lockdown, ever-mounting debt and evaporating profits. In the near future, companies will have no choice other than laying off people or put a blanket freeze on hiring, which further results in more unemployment in the country.

Some of the greatest entrepreneurs of our generation are also the biggest advocates of UBI- Elon Musk, Bill Gates, Mark Zukerburg, Jack Dorsey, Pierre Omidyar, Richard Branson, Economist Gregory Mankiw and many others. They believe automation and Covid-19 has fundamentally changed the structure of economies.

How Will UBI Solve This Problem?

UBI has the potential to alleviate millions out of poverty, increase household incomes (UBI income + informal job income) and boost domestic consumption. Implementation of UBI will break the vicious cycle of the busting economy in a post Covid-19 era. If unemployment continues to rise in the near term, people need to be assured of a basic income.

An assured income will ensure; i) internal consumer consumption stays stable or rises, ii) lifts the psychological financial burden of feeding their household members. The economy gets a life-saving injection that will make it more vibrant. With a stable or rise in consumer spending, companies will look for new products and services that need to be launched in the market. These products and services will further open up new job opportunities for the young generation.

In such times, boosting internal consumption is key for economic recovery and eventual growth.

How Can UBI Be Implemented?

Over 95% of Indians have a unique identification number (Aadhaar) and most of them now have access to a bank account and a mobile phone. NPCI payment infrastructure program-UPI processed transactions worth INR 2.02 Tn in December 2019. Most of the government schemes have now migrated to direct bank account transfer (DBT) and which has resulted in an annual cost savings of over INR 100K Cr.

Who Will Foot The Bill?

In India, there are 252 Mn households (1.4 Bn people; national average of 5.5 people per household). Of this, 35 Mn households are extremely poor. Now if we increase the scope of UBI to 150 Mn households (825 Mn people) of the most vulnerable households (labourers, small farmers, unemployed, semi-employed).

Each household will receive  $1327 (INR 1.05 Lakh) per year as basic income support. $110/month will help cover the basic costs of essential goods and provide a sense of financial security on top of the extra income people will earn from their other formal and informal jobs.

For example, India’s per capita income stands at $1929 /year. Which is mostly concentrated amongst the top 20% of the population. If the bottom 50% of households are assured an income of $1327 /year. Our per capita income can be increased significantly. Increased incomes and boost in consumer spending will shield the economy from economic aftershocks of the pandemic. Over half of India’s population will directly pump $199 Bn into the economy.

If there is one thing that India should learn from the current pandemic is that situations like Covid will arise again, and people’s lives / livelihoods need to be protected. Right to life is a belief that a person has the right to live and, in particular, should not be killed by another entity including the government.

It is an argument often arises on issues of capital punishment, aborsions, war, etc. Through this article I have made another case for the right to life that ensures mental wellbeing and financial security to most citizens of India, if not all. UBI is a feasible solution that has the power not only to save livelihoods, but also help our economy to bounce back post the Covid apocalypse.