For the jungle to thrive and sustain, an act of “creative destruction” is not only inevitable but also, sometimes, urgent

Even in ordinary times, founders live on the edge, with their venture’s chances of survival at about 5% to 10%

One of the most widely felt and mostly genuine concerns about startups going out of business is the effect on its founders, employees, customers, and investors 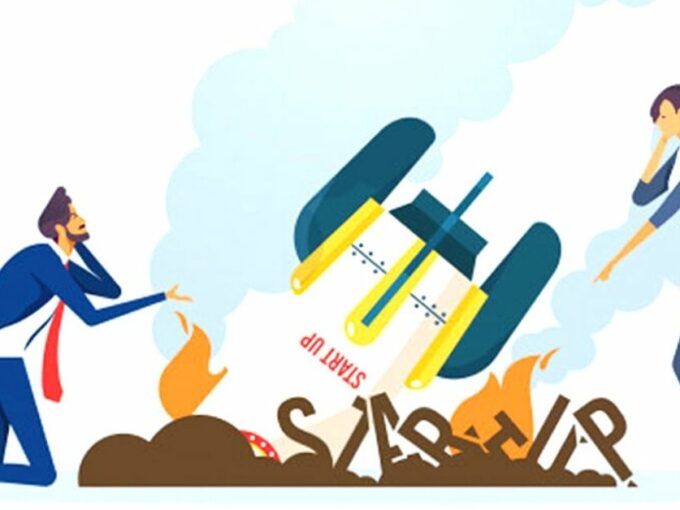 The title of this article may incite anger, and understandably so, especially if you are running or working at a company that is struggling during these testing times. But bear with me, and you would see how the Covid-19 induced economic hardship is not as bad as it seems for the overall startup ecosystem.

In this piece, I argue that economies evolve through cycles of growth and shrinkage and that the overall health of an ecosystem, much like the Amazon forest, depends on the constant reinvention of various species. For the jungle to thrive and sustain, an act of “creative destruction” is not only inevitable but also, sometimes, urgent. And we are amid those times.

A recent report by NASSCOM puts the COVID-19 induced mortality rate for startups at as high as 40% and states that about 70% of tech start-ups have a runway of less than 3 months. The results are based on a survey of 250 startups, of which 60% are bootstrapped and over 70% are in early and mid-stage tech tenure. Once you pay attention to the profile and the sheer size of startups you quickly understand that the picture is not as bad as it seems. When was the startup mortality rate low?

Even in ordinary times, founders live on the edge, with their venture’s chances of survival at about 5% to 10%. The lockdown ensued slowdown has only made the problem more glaring, but by no means that it has led to the problem. Entrepreneurs can blame the socioeconomic landscape for their failures, or blame the inadequate financial interventions by the state, but they all knew what they were signing for, and if they didn’t I must “welcome” them to the arena.

Drawing a leaf from the literature of Design Thinking, a successful idea is one which meets the often conflicting demands of customer desirability, technical feasibility, and business viability. While most entrepreneurs base their ventures on customer desirability and even scavenge to meet technical feasibility, they mostly miss out on business viability.

And this problem of the founding team discounting business viability further gets exacerbated with venture capital, which, I argue, induces morale hazard in the team.  There is a highly pervasive misconception that “if you build it, they will come”, and so do people build, and the customers and investors are often spoilt for choices. A happy customer does not always lead to a successful business, as shown by the uneventful turn of events at Kingfisher Airlines, Jet Airways, Blackberry, and Moser Baer, amongst others.

As IBM’s turnaround specialist and former CEO, Louis Gerstner, observed, “the best companies grow profits faster than revenue. They understand the cash flow not revenues, sustains corporate success.” Little doubt IBM celebrates its 100 years last decade and continues to lead the industry which it once formed. How many founders care about cash flow? For what seems to matter is burn rate, and the top-line growth, as it ensures rapid valuation. Nobody understands this better than Masayoshi Son of the SoftBank Group who lost $12.5 Bn on his funding ambitions, and that too on darlings like WeWork, Uber, and Oyo Rooms, amongst others.

The legendary investor, Warren Buffett, famously quipped, “Only when the tide goes out do you discover who’s been swimming naked.” And we are in such times. They have exposed the inherent vulnerability of startup, which should better get corrected sooner than spiraling out of control and causing serious economic and social damage. It would be appropriate to invoke the Thiel’s Law, which states, “A startup messed up at its foundation cannot be fixed.” Except maybe with a near-death experience that it can be.

One of the most widely felt and mostly genuine concerns about startups going out of business is the effect on its founders, employees, customers, and investors. Tell you what, the damages are nothing in contrast to a large enterprise going down, which are often based on weak economic principles. Let us look at these stakeholders in order. As for the founders and the earliest employees, they were all lured by massive windfalls and irrational gains, first from the investors, and then (hopefully) from the customers. Theoretically good, but practically mostly unfounded.

When the company goes down, the team emerges in some other form, with a different idea, which is more likely in pace with the market realities. As for the employees. Most of the late joiners come with fungible skills, talent which is typically not specific to any company or domain, and they have the highest possibilities of being redeployed.

The customers, more than ever, have more choice and less loyalty, and with a growing number of competitors and substitutes, customers typically have the last laugh. So, a startup holding customer on a ransom is very unlikely, unless the company is based on some proprietary asset, which, by corollary, lowers the chances of it going out of business. Think of how much do you miss Kodak or Nokia?  As for the investors, they knew it all along, and the more seasoned ones factored-in such failures. It is just a redeployment of funds, from a failing venture to another. In reality, the show goes on, for all practical purpose.

The Austrian Economist, Joseph Schumpeter, famously noted, “Situations emerge in the process of creative destruction in which many firms may have to perish that nevertheless would be able to live on vigorously and usefully if they could weather a particular storm (italics mine).” The gales of creative destruction have come and have come for good, for the Indian startup ecosystem needs discipline more than funding, or even talent. Creation emerges from the rubbles of destruction, as witnessed by the post-war meteoric rise of Japan, Germany, and the United States.

From an ecological perspective too, nature appropriates scant resources from an ailing to the rising, and as Charles Darwin professed, “In the long history of humankind (and animal kind, too) those who learned to collaborate and improvise most effectively have prevailed.” Maybe that is where the panacea of the current crisis lies – collaboration and improvisation. Long live the “fittest”.