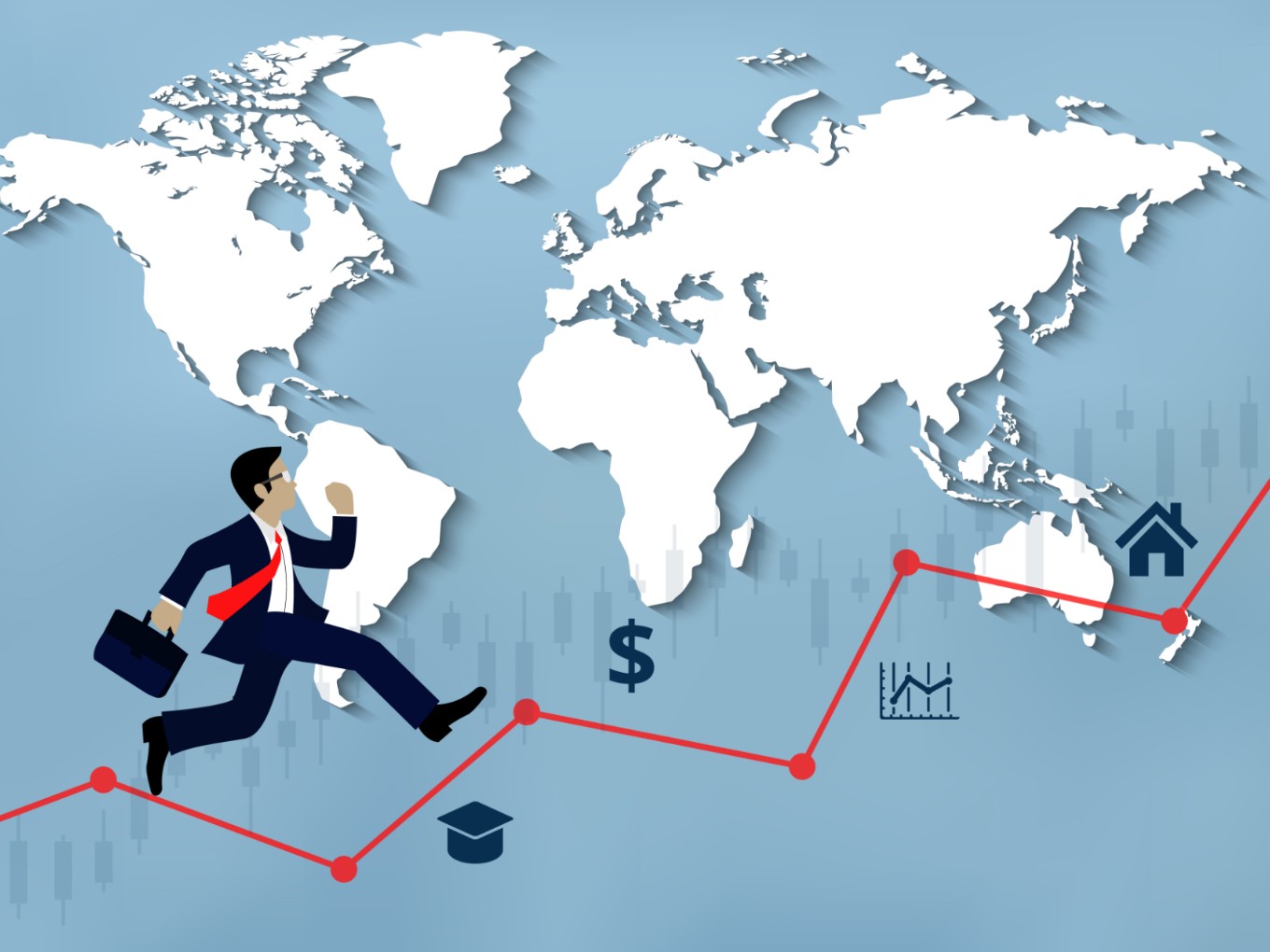 Not even the most optimistic economist in pre-liberalization India could have visualized an era of global Indian companies that would see Indian startups or players grab sizeable global market shares. On the contrary, when the economy opened up in 1991, many foresaw Indian companies going bust or being taken over by MNCs.

However, in liberalizing and opening up the economy, India unleashed entrepreneurial energy that has become the driver of growth. A recent economic outlook report by the Organization for Economic Cooperation and Development (OECD) firmly labels India as the world’s fastest-growing major economy expected to widen its GDP growth lead over China.

A large working-age population and a rapidly expanding middle class with more money to spend have spawned an era of innovative Indian startups that are redefining the rules of business and service delivery. Having spent several years building up their market value in India, these young confident homegrown companies are now looking firmly at making inroads in foreign markets.

Major Indian family-led businesses such as TATA Cos, Mahindra and Mahindra, Reliance and Aditya Birla Group have already left their footprints on the global consumer market.

However, the past few years have seen the emergence of a series of new competitive Indian startups with long-term vision and resilience. Be it ecommerce, tourism or IT-based business solutions, these new age startups are not only building capital but are also changing the way businesses are conducted in India.

Bengaluru-based unicorn Ola, the Indian taxi app service, has launched services in Australia, New Zealand and the UK. OYO has already grabbed a substantial portion of the lucrative Chinese market with more than 180K rooms in the country.

A number of factors have prompted this surge of Indian startups going global. Quest for expansion and global business domination backed by increasingly tough competition in the Indian market are factors that have propelled this trend.

Having built up their competencies in a tough and highly competitive market like India, these companies have
acquired sufficient capacity to crack other global markets. Make no mistake; India is a very tough market for startups with an unwavering requirement of offering high-quality products and services at low prices.

At the same time, the diversity of markets within India has equipped these organizations with the resilience and competitive edge required for entering newer markets. The presence of a large number of international giants in the Indian space further heats up competition for Indian players.

Ola has to constantly evolve its strategies to fend off competition from the global giant Uber; Amazon is constantly breathing down the neck of Flipkart. This not only forces the Indian companies to look for revenue opportunities in
international markets that have greater purchasing power, but also prepares them for global dominance.

Challenges And Strategies For Global Dominance

Yes, India is home to a buzzing startup ecosystem. However, it is not without its flaws. One of the major shortcomings is the low emphasis that Indian Entrepreneurs place on innovation. A recent study by the IBM Institute for Business Value found that close to 90% of Indian startups fail within the first five years due to a lack of innovation.

While it is justified to be proud of the achievements of our globetrotting startups, it is also important to understand what needs to be done to churn out more such powerhouse companies. 77% of the venture capitalists who took part in the above-mentioned survey believed that Indian startups lag when it comes to offering novel technological
solutions.

This coupled with outdated business models, lack of skilled workers, inadequate funding and mentoring and a habit of blindly copying western business models make it difficult for a majority of them to thrive. With its large human resource and buzzing entrepreneurial energy, India has a huge potential to churn out more successful startups and unicorns.

A focus on constant innovation will make that happen. Innovation implies constant progress or improvement
in product models, technology and delivery mechanisms. Creating unique business models that take into account the nuances of every market is another key component of business innovation.

Notably, India filed just 1423 international patents in 2015-16 as compared to China that filed 29,846 and Japan 44,235. This is an indication of lack of innovation and R&D in the Indian market. China, on the other hand, has strong indigenous companies that blunt global competition. China’s very own Baidu, one of the largest AI and Internet-based companies in the world rivals Google. Alibaba looks Amazon in the eye.

Local innovations also need to focus on societal problems such as healthcare, education, transportation, sanitation, clean energy and other such pressing issues to have a wider social impact on the economy. Similarly, it is important to advance to global markets with in-depth homework and readiness for making strategic tie-ups.

In 2016, Zomato had to pull out from nine international markets to regain its profitability balance. It is also important to advance with caution, one market at a time.

Startups in India are blessed with advantages that startups in most countries can dream of!

We now have a stable &amp; progressive government. Ease of doing business in India, setting up of new companies is all getting faster and more seamless, thanks to the emphasis the Government has placed on the digitization of the administrative machineries within the central and state governments.

Most importantly, Indian startups have ready market access to over 1.3 Bn customers!

Now that is something which makes any entrepreneur’s mouth water!

With the right mindset, Indian entrepreneur’s will find that there is no better market than India in the whole world, currently. Founders of companies need to stop taking short-cuts and stop chasing balance sheets.

If the business and product is intrinsical of high quality, and if Indian entrepreneurs adopt research, tech-based and qualitative approach where a ‘mature vision’ takes precedence over temporary speed bumps, such entrepreneurs will find tremendous traction within India with very less competition.

Such Indian startups will not need to worry about funds! Unlimited, on-demand funding will follow such startups!