Trends In The Digital Video Industry In India

Trends In The Digital Video Industry In India 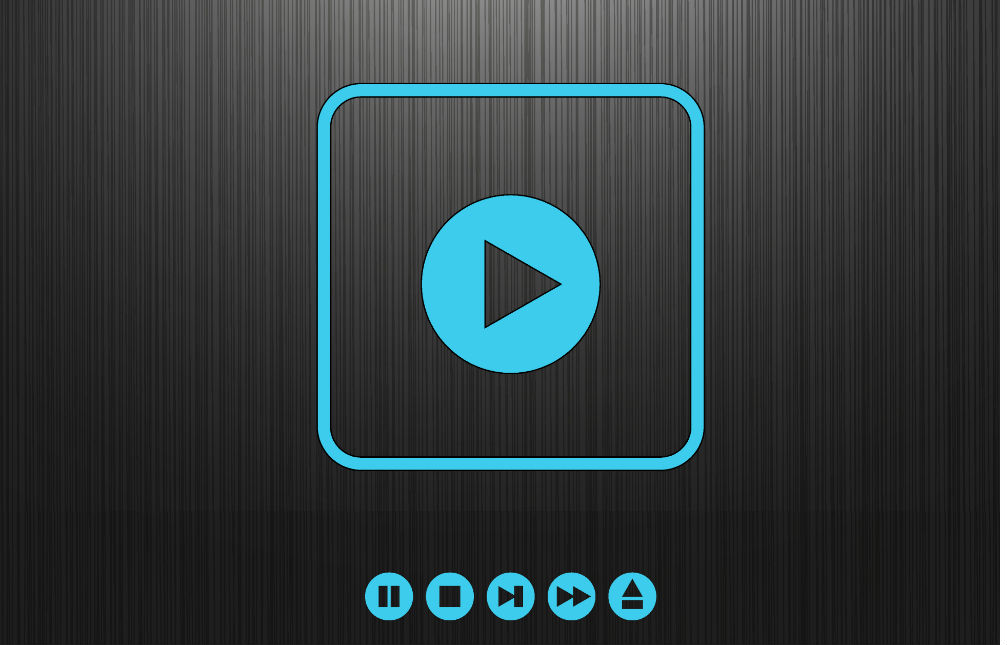 In the early 90’s global media saw a major shift in video consumption from broadcast television to cable television. With that shift came a major change in how TV content was produced, distributed, consumed and monetized. In broadcast era there were a couple of channels and most of the programs were time-slotted around prime time and programming was done for mass audience with least common denominator reach for advertisers.

In the cable era, although the programming was still linear, dedicated content channels emerged around specific interest group – eg. News, Food, Science, Music etc. Most media companies started building networks of these channels and emerged as a dominant force in the entertainment industry. For consumers, there were hundreds of programming options. Audience started fragmenting around content they were interested in watching and advertisers around the networks with top ratings to reach this audience. Ratings became the primary measure for ad-spends but the fragmentation continued.

But the digital video via Internet started changing everything beginning with the advent of disruptive business models like YouTube and Netflix. The audience fragmentation started accelerating with micro-communities of long-tail consumers emerged with shifting audience consumption behavior especially among millennial. By early part of this decade, there is more video consumption on digital Vs traditional broadcast channels. 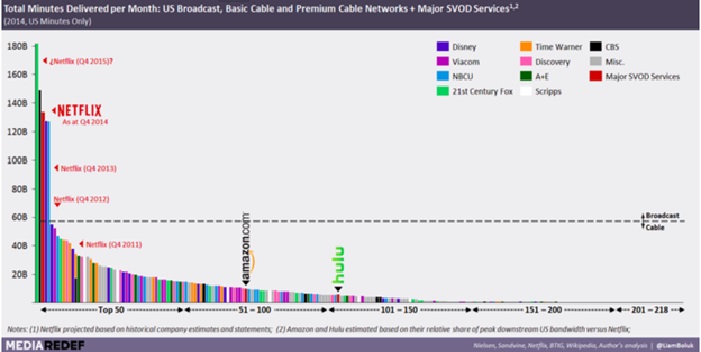 Content that did not have an outlet in a limited shelf space, linear TV world now started getting distributed everywhere on YouTube and other digital mediums where there is no limit on channel or shelf space. New original content (eg. House of Cards) started emerging on platforms like YouTube, Netflix, Amazon and got promoted via social networks like Facebook. Given the hyper fragmentation, a show with 4-5 rating points is considered successful. The entertainment world has already moved towards a hyper connected, Internet based digital distribution model with content delivered on demand for consumers on the screen of their choice.

India is in the early phase of integrating into this new global media eco system and this trend is accelerating with the adaptation of smartphone based broadband internet access. Social networks like YouTube, Facebook are emerging to be the new cable operators for video distribution. Audience are now global and are consuming videos in new ways – on-demand, socially, on multi-screen, multiple formats resulting in massive audience fragmentation and emergence of content niches. As brands are increasingly looking to connect with audience in their new home, top cable era media publishers are trying to come in terms with this quick and massive disruption to their existing business models and migration of value to new players. 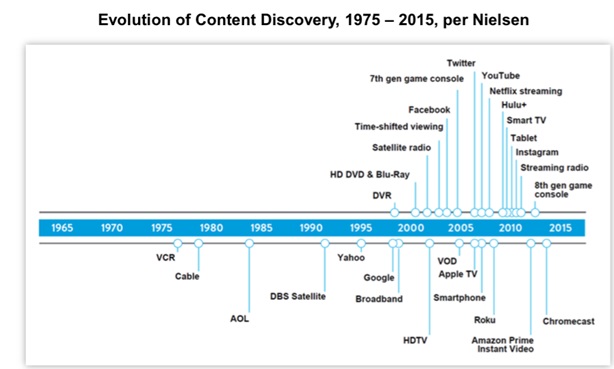 In India although cable is still large and growing, we are in the beginning of a massive consumption shift to digital video primarily via smartphones. Entertainment especially for the new age consumer is access to snack-able content on demand that can also be shared with friends. Today videos are consumed as a part of a life style, not an isolated choice especially among the millennial audience.

By 2017, it is expected that India will surpass the US to be the 2nd largest video market in the world as per the latest E&Y report. Also the lines between entertainment, infotainment and edutainment are blurring. Social is the new distribution, mobile is the new first screen, prime time is anytime & content experience is heavily personalized. Although traditional TV is still growing in India, the younger audience has already shifted towards online as the first destination for video. Increasingly the mainstream is also shifting towards digital video using devices such as tablets and Internet enabled TV’s and game consoles. The video ad spends which is now disproportionately allocated on traditional TV is bound to follow the consumer eyeballs soon. Hence the growth potential for the entire digital video eco-system in India is truly massive which is reflected by the venture funding growth for digital media companies in India. Also with digital video, the power to build culture on the back of media is shifting from the hands of traditional media companies to the hands of consumers today. Whether it is the TVF (Pitchers), Blush (Alisha) or PutChutney (Batman from chennai), there are new generation of storytelling that is happening online first, to get consumer feedback, understanding the interest and then upon success taken to other mediums including traditional TVs. I expect this trend to accelerate in the near future in India especially given the young demographic base and access to increasingly cheap internet connections via smartphones and other internet enabled devices.