The Most Defining Feature Of Entrepreneurship Is Not Risk Taking

The Most Defining Feature Of Entrepreneurship Is Not Risk Taking

Risk taking is natural to us (social) animals

The ability to take calculated risk, understanding the logic of business and more 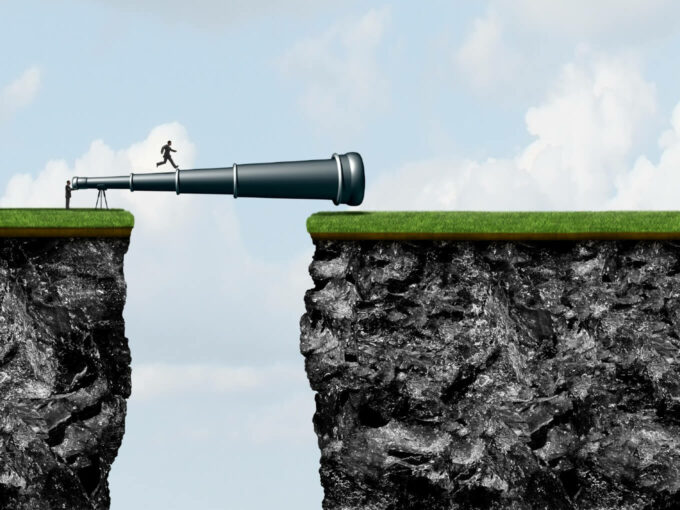 One of the most misplaced advises offered by marginally successful businesspeople and then to be only exacerbated by the popular press is that you need to take risk to be an entrepreneur. Add to this, the countless quotes on the topic of taking risk and of the just-do-it type jingoism that a budding entrepreneur is almost deluded into throwing in the towel at the first sight of a rudimentary opportunity.

Risk-taking is natural to us (social) animals. We have survived and dotted the abode called earth owing to our risk-taking appetite. And why earth? We are setting our eyes to invade Mars, just for starters, and inhabitants Moon. If risk-taking was the defining feature for a successful business, then why do most entrepreneurs fail?

They all took a risk, after all. But perhaps they completely missed out on something which is far more fundamental than risk-taking. I am here talking about discipline. I propose that it’s discipline and not risk-taking which is the single most important trait of a successful entrepreneur, and often discipline comes at the cost of taking the risk. Read me out (with discipline).

What went wrong with Ramalinga Raju, Vijay Mallya, Nirav Modi, Mehul Choksi, Naresh Goyal, and, the late, VG Siddhartha? They all failed as entrepreneurs, and so did their businesses (mostly). In fact, the very feature common to them all, and then several other less-celebrated cases, is risk-taking.

They all took risk, perhaps too much of it, and as a result, destroyed wealth, smashed hopes, dented credibility, and they got crushed by the weight of their own ambitions. What were they missing? Discipline.

The ability to take a calculated risk, understanding the logic of business, appreciating the rules of the game, backing the audacious goals with flawless execution, respecting others’ money and hopes, and above all, being true to oneself.

They all have set bad examples at the prime moment when the entrepreneurial spirit is taking off in India. And who knows, there might be several names yet to appear of those who mistook risk appetite as sine qua non of entrepreneurship. Who’s to be blamed? Partly, media. Let’s try correcting it.

Every exciting job has a boring part to it. The boring part, which is mostly not amicable to be outsourced or delegated, if done well, is what keeps the exciting part so. The pilots, of commercial flights and fighter jets alike, maintain a lengthy checklist which needs to be read out loud and clear before every single take-off.

The snipers maintain a notebook documenting intricate details of every single kill, lest they are charged with murder. The artists practice the same note daily, and painstakingly so, till it almost becomes second nature.

The list goes on and on, and only through the disciplined pursuit of perfection that perfection finally arrives. However, most entrepreneurs, even at a later stage in their ordeals, deem themselves as being cut out from a different cloth and that the ordinary laws just don’t apply to them.

Jocko Willink, the former US Navy SEAL officer and co-author of widely successful book ‘Extreme Ownership’, very counterintuitively equates discipline to freedom. In his call for extreme ownership, he urges you to take complete ownership of your world, of everything that happens in your world. That’s difficult but important, and the only way to do it is by being disciplined and by seeking or offering no excuses, whatsoever.

The failed IPO of WeWork is just a case in point where a flawed business model couldn’t be overcompensated by a glossy brand or the hype created by the investors. Ditto for Uber. As for the two founders, they are fast becoming history. On such affairs, Morgan Stanley Equity Strategist Michael Wilson notes, “WeWork’s failure to go public is a critical turning point for markets that signals the end of the days of endless capital for unprofitable businesses… and (that) getting back to a more disciplined mindset was a good thing.”

From an entrepreneurship perspective, three essentials of being disciplined are as follows: firstly, be honest to your purpose; secondly, acknowledge reality before changing it; and thirdly, be comfortable with those who make you feel uncomfortable. Each of these are discussed in what follows.

Be Honest To Your Purpose

Humans are purpose maximisers. Those who start with a why (the purpose), says Simon Sinek, find it easier to attract employees and customers to their how (approach) and the what (offerings). Such enterprises are more enduring in the face of rapid change and competitive pressures, and more adaptive to maintain relevance. The key, however, is to know the purpose. Remember, profit is always the by-product of doing something worthy.

Most entrepreneurs have a purpose as an afterthought, if at all. They are driven, mostly, by a desire to make bucks or a name for themselves, seize an opportunity, or try out an idea, which is more of a fantasy than anything even remotely thought through.

The result – a delayed disillusionment. If the founders aren’t clear of the purpose, imagine the plight of those who are supposed to help meet it.

Everyone then seems to work for money and are ready to shift their allegiance for a little extra. Seems to be the story in the present startup scenario, at least in India, where founders are finding it increasingly difficult to retain talent even after being too liberal with their equity.

It’s because they never showed anyone the reason why they are in business, beyond money. The transcendental purpose remains missing, and then it’s only a matter of time before things start to break apart.

Acknowledge Reality Before Changing It

Most entrepreneurs want to change the world. No problem with that. But before you attempt doing it, be sure of what exactly would you like to change and how! This misplaced sense of chutzpah doesn’t help anybody, least of it, the investors. Escapism can’t be an approach to changing anything of significance. It’s an imperative that one must accept the reality however hard it may be and to then painstakingly device means to change it, piece by piece.

The first few months of Steve Jobs’ return to Apple in 1997 were spent rationalizing Apple’s bloated product portfolio and that, in many ways, was the reason the company could see a decade of a meteoric rise. The same discipline Eric Schmidt brought to Google when he took over as its chief in the early 2000s and saw calculated aggression in multiple markets; an act Satya Nadella is repeating with Microsoft now.

Every entrepreneur needs a healthy dose of reality check, for it is very convenient to look at just the positive side or the jingoism associated with rules to riches. India’s Café Coffee Day could not device a plan to fend off the threat from Starbucks or the up-rise of the likes of Chai Point or Hatti Kaapi. Knowing how much to bite off calls for discipline.

Be Comfortable With Those Who Make You Feel Uncomfortable

It all boils down to whom you are with, after all. The co-founders, the lead mentors, the initial few team members and significant others from the family and friends play a very pivotal role in keeping the conscience in check and the moral compass in tune.

It’s very easy, especially with success coming in fast, to surround self with those who think, act, and even lie like you. It’s like sitting in an echo-chamber, where every false claim is met with a resounding affirmation and there’s no one to check.

You start hiring those who agree with your (misplaced) projection of self into the future and get rid of the troublemakers. Remember, the fate of Jobs under John Scully, or more recently, the failure of Yahoo! to retain divergent talent.

With power comes biases, and such biases assume catastrophic proportions if left unchecked. That’s why sensible leaders and seasoned entrepreneurs always maintain a sounding board and a series of weak links that offer asymmetric inputs, vital for getting new ideas and correcting older ones.

Kiran Mazumdar Shaw, one of Bengaluru’s home-grown entrepreneurs, hones a Scientific Advisory Board, studded by global authorities, including Nobel Laureates, in the space of biochemistry and biological sciences. Little doubt that she has morphed Biocon from a commodity enzymes maker to one of the world’s leading research-driven biopharma setup.

So, you see, it’s not about unabated risk-taking. On the contrary, it is about disciplined risk-taking, where discipline is hard to come by, especially at times when how much you can spend (once you have an investor on-board) seems to be the only thing of virtue.

In the long run, disciplined entrepreneurship would triumph. However, as I see it today, there’s more entrepreneurship than discipline in the Indian startup milieu; and that needs to change fast. Remember, you can’t be excellent accidentally.