The Dark Side Of Hackathons: Why They Are Counter Innovation Culture

The Dark Side Of Hackathons: Why They Are Counter Innovation Culture

The term Hackathon was coined by Niels Provos from OpenBSD

Hackathons might, after all, be activities for the sake of activities

The immediate effect of time pressure is sleep deprivation 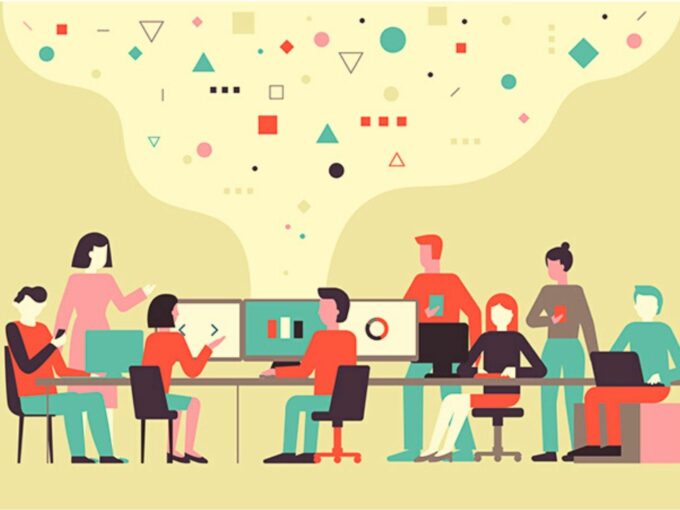 Hackathons, short for hack marathon, has become common across technology and non-tech companies as a means of solving problems and generating excitement in their troops.

The term Hackathon was coined by Niels Provos from OpenBSD, where, in 1999, the first version of hackathon was held. Hackathons were all about rapid coding, and have, over the years, come to stand as a catch-all-phrase for rapid problem solving.

A broader definition is offered by the Major League Hacking (MHL) as an ‘invention marathon’. Akin to a marathon, it has specific objectives, is time bound, has multiple participants, takes place over extended period of time, and test one’s stamina.

From a negative connotation associated with them in 1970s and 80s, the hackers have come to become the evangelists of modern day inventions and product development. From a thing of the ‘anti-establishment’, hackathons have come to be the mainstream of startups and enterprises alike.

Most hackathons that take place outside software development realm are of the last three categories, less of coding and more of problem solving. In its purest form, a hackathon inspires participants to take on the impossible and derive pleasure and pride from a problem solved or a product created, and not the prize money or other accolades.

However, the popularity of hackathons is only matched with its less-than-enduring effects on corporate culture. The question is – do hackathons help build a temperament of creative problem solving and an innovation culture in an organization? My personal experience, backed by relevant research, suggests that the utility of hackathons is overstated, and that they might be doing more injustice to the innovation culture than as commonly perceived.

There are three key reasons I would like to call out why conducting hackathons might be against your objective of building an innovation culture.

Firstly, such events, by design, exhaust participants by artificially constraining resources and time, which doesn’t enable them to conceive creative solutions.

Secondly, employees often think of such episodes as respite from the otherwise ‘boring’ day’s job, and such fun excursions doesn’t help raise the overall level of everyday creativity at the workplace.

Thirdly, there are several ideas that get generated during such short intervals and not many are taken to their logical conclusion, leading to employee cynicism. Perhaps your employees were better off not being a part of an idea generation contest than throwing their ideas into an organizational black hole.

Hackathons might, after all, be activities for the sake of activities, without any desirable outcome, and at best to improve one’s skills and feel happy about it. The organization or sponsor might not gain much, unless its designed in the very charter and proceedings.

Let me explain each issue in detail.

Let’s first look at the impact of time pressure and ensuring sleep deprivation on creativity. Almost all hackathons happen overnight, stretching well into a couple of days, and resources, especially time, is scarce. But is scarcity, including that of sleep, good for creativity?

In a qualitative study of 9,000 diary entries of 177 employees working at seven U.S. companies, the researchers discovered that, under intense time pressure and unrealistic deadlines, creativity suffers as employees feel overworked, fragmented, and burned out.

Interestingly, the employees feel more creative under time pressure, which is quite contrary to what their diaries read and work output reveal. Why? The reason time pressure lowers creativity is because it doesn’t allow brain to draw new connections between incoming information and data points, and, hence, fewer new insights or ideas emerge.

The immediate effect of time pressure is sleep deprivation, and there is a vast literature suggesting how a well-rested brain is a more creative one.

In a study of violin players conducted at the Max Planck Institute for Human Development in Berlin, the researchers attribute qualitative superiority of experts and exceptional talent to the ‘life-long periods of deliberate efforts on specific domains’, often amounting to no less than 10 years.

The expert violinists rated sleep as highly relevant for improvement of their performance, and that they napped to recover from practice. The researchers extend the argument saying, “The amount of deliberate practice is not limited by available time; professional athletes spend their ‘free’ time on recuperation and relaxing activities.

Olympic athletes sleep for close to 8 hr and in addition take a half-hour nap each day. Many elite runners take a nap between daily workout.” In summary, expertise comes with sheer practice and dedicate hours of relaxation.

Why resort to psychological research. In a more practical realm, innovators and entrepreneurs credit their achievements to sound sleep, often resorting to power naps and daydreams. Friedrich Kekule’s discovery of the shape of benzene ring, Mendeleyev’s conceptualization of the Periodic Table, and Loewi’s experiments on the transmission of nervous signals through chemical messengers are all outcomes of focused relaxation.

Denise Cai from the University of California in San Diego notes that REM (rapid eye movement) sleep catalyses the creative process by allowing the brain to form connections between unrelated ideas – the very definition of creativity. Further, researchers offer that deep sleep allows for consolidation of recent memories and generation of novel insights – a seed of creativity.

This is neither healthy nor advisable, let alone sustainable. One of the most creative people around, Jeff Bezos, warns us, “If you shortchange your sleep, you might get a couple of extra ‘productive’ hours, but that productivity might be an illusion.” A rested brain is far more fertile in generating novel ideas than an agitated or tired one, and, I guess, that’s what any hackathon would want to achieve.

Let’s now look at the less visible problems with hackathons – the psychological impact.

Hackathons As A Break From The ‘Boring’

What happens when a hackathon is announced in an organization? Employees feel that now is the time to unleash their creative talent, give a crack at the long-standing problems, and show the management some bravado. These purposes are mostly served, but how much of that enthusiasm spills over to the workplace? Is it that participants are hibernating between high-intensity hackathons? Looks like the case.

When hackathons were originally conceived, these were meant for programmers, who were otherwise doing a day’s job of writing codes, to give away their free time to improve an existing open-source product. Countless brilliant programmer gave away their precious time anonymously to offering shape to Linus Torvalds’ pet project and gift the world Linux.

Remember, they were doing challenging and exciting work anyways, and out of improving their own skills and help the world they coded incessantly, and in the process created wonderful products. That’s not the case with our ordinary corporates that hop on to the hackathon bandwagon.

There is a lot of excitement created by the HR teams and then the employees rally for the hackathon day (and night), just to come back to their ordinary jobs.

In his book, Outliers, Malcolm Gladwell identifies three characteristics of an inspiring job: autonomy, complexity, and meaningfulness, with a visible relationship between efforts and rewards.  Only when the work has complexity and the employee feel a sense of autonomy in pursuing it and a sense of purpose that she would be willing to work for long hours.

On the virtue of working for long hours, Malcolm notes, “Success is a function of persistence and doggedness and the willingness to work hard for twenty-two minutes to make sense of something that most people would give up on after thirty seconds.” (in this case the author is referring to solving maths problems). If an employee feels that only during a hackathon that she feels excited and is given a free hand to work, what are the odds that she would be putting the same effort during the day’s job?

A study of 12,000 diary entries from 238 knowledge workers engaged on twenty-six project teams across seven companies indicated that, people are creative “when they feel happy, are intrinsically motivated by the work itself, and have positive perceptions of their colleagues and the organization”, and when their managers “catalyze progress and nourish spirits” by keeping the work meaningful and progress visible.

An innovation culture is fostered by performing countless acts of creative problem solving daily, by a countless number of employees in all functions. By giving an ‘elitist’ position to hackathons, the managers might be killing the very essence of day’s job. The ordinary looks even more ordinary in contrast.

That’s what happens during outings or team activities, and you understand how much of such camaraderie really flows back to the workplace. Even a well-planned hackathon can’t be a substitute for a purposeful day’s job.

If an employee can’t bring a real problem to the hackathon and can’t take away a real solution back to the work, the event, then, exists in isolation, and won’t have any value for the employee, beyond ‘fun’.  A state no manager would like to have.

An Unmanageable ‘Avalanche’ Of Ideas

What happens at the end of a hackathon or an idea contest? A lot of ideas get generated, often without any direction. I have seen organizations with plenty of ideas looking for problems to be solved. There are always ideas floating around than the problems which are worth solving, and a hackathon only worsens the situation.

If going into a hackathon the organization doesn’t have mechanisms of inventorying, clustering, validating, pursuing and closing on ideas, the organizers of such events would end up choking themselves. That’s for the organization. How about the employee?

When an employee puts her time, energy and emotions into a contest, she’s at least interested in knowing what happened with her idea. It’s okay if the idea didn’t qualify or wasn’t pursued, but what’s soul-killing is if she never hears back from you.

While the team is chocked with ideas and suggestions, the employee is having a pipe dream. That’s bad. The organization was better off not calling for the event at the first place than inviting ideas and doing nothing about those.

It’s not ‘idea generation’, but more importantly ‘idea conversion’, that makes an organization an innovator. On the importance of having a robust mechanism of taking ideas forwards, Matthew Ganz, former VP of Research and Technology at Boeing, notes, “If you have a creative idea and it doesn’t create value, it’s not technology. It’s art.

If you’re all about value creation with no creativity, the accountants are going to take over. You need to prime the pump with creative ideas, and then you need to have rigorous processes in place to turn those ideas into dollars.”

One of the most comprehensive studies on the state of innovation at the world’s leading R&D spenders – The Innovation 1000 – concludes that few companies succeed at innovation without ensuring that adequate processes are in place to generate new ideas and that those processes are followed in a disciplined fashion.

While creativity is the act of generating ideas, innovation is about putting those ideas into the market, and hackathons, at best, offer you ideas. Unless you have in place a mechanism of sifting through those ideas, investing in the more promising ones, and taking those forward much like how an ace portfolio manager would do, you would run into the risk of death by indigestion.

I am not against hackathons but put them as a cherry on the cake, where the cake is a well-run, widely participated, perpetually improving and robust process of managing innovation.