The Impact And Burden Of Covid-19 Is Not Gender Agnostic

The Impact And Burden Of Covid-19 Is Not Gender Agnostic

Reports of domestic violence and sexual abuse have increased significantly 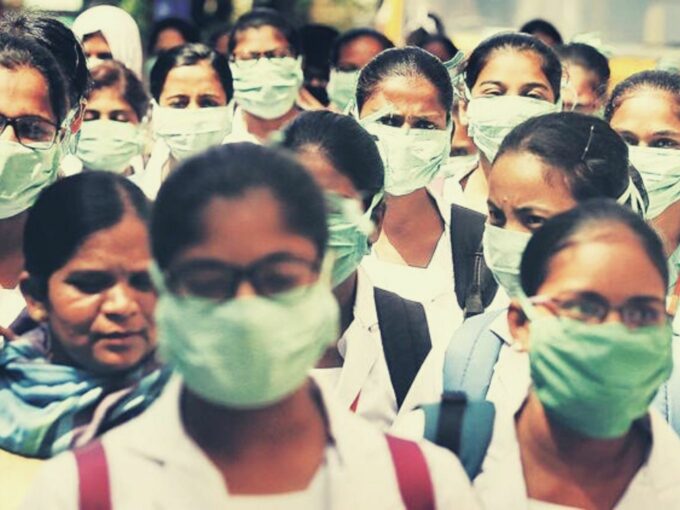 As the scourge of novel coronavirus increases on a global basis, most governments have taken decisive actions to implement lockdown. There is definitely merit in the need for ‘flattening out the curve’, especially as most nations have been caught underprepared and are straining to optimize their already limited healthcare resources.

Countries like India have a significant incidence of underlying pre-existing conditions such as diabetes, hypertension and malnutrition. Social distancing is not realistically practicable for much of India given the high density of population and lockdowns are an important protective step.

However, this pandemic is no longer only a public health crisis. It has morphed into a major socio-economic crisis made worse for women. These lockdowns are disproportionately affecting women, across almost all income strata.

The burden of caregiving has increased dramatically in this crisis. Women typically do 75%-80% of the household jobs, which are unpaid jobs. This pandemic has magnified all existing inequalities between genders. Even dual income families are now reverting back to the stereotypical gender roles.

The burden of care for children, older parents and relatives is shifting on to women in the household. Given that women are traditionally paid less than men in the household, they become the practical option for providing additional unpaid care.

Reports of domestic violence and sexual abuse have increased significantly. Stress, alcohol consumption and financial difficulties have become easy triggers. Requirements of lockdowns have restricted paths of escape for victims.

Online women platforms such as SHEROES are seeing a significant spike in calls for help. Mental health issues are increasing significantly as release options get limited. Even the United Nations Secretary-General António Guterres, citing a sharp rise in domestic violence amid global coronavirus lockdowns, has called on governments around the world to make addressing the issue a key part of their response to the pandemic.

Even women businesses have been more seriously affected, given that most relief packages for businesses are more focused on sectors which traditionally employ more men such as technology businesses and startups.

Women businesses which are typically more in traditional sectors like handicrafts, textiles have suffered a double whammy. Their market has almost instantly disappeared. Their supply chains are severely disrupted, and their employees cannot congregate in the centralized production units. Micro and small businesses are especially hard hit.

Women are also carrying a heavy burden of helping people recover from this disease given that almost 70% – 80% of frontline healthcare providers, nurses and technicians are women. Making it worse is the concern that given the extremely stretched thin healthcare delivery resources, many hospitals are being forced to redirect resource from other disease areas.

Women’s health has historically been an easy target for such budget cuts. Given the expectation of increase in unplanned pregnancies and unsafe abortions during the lockdown, there is also a high probability that maternal mortality may increase.

While most people indicate this is not the time to talk about the gender issue which is only a distraction from the real crisis of the pandemic, we believe there is serious urgency. Governments need to address this by providing assistance for women as well as women businesses.

Empirical evidence strongly supports the higher returns a society enjoys by investing in women and women businesses. Not addressing these concerns with earnestness will set a nation back not only in its fledgling feminist movements but also set back the broader economic growth of a country by 25 to 30 years. The time to act is now.