In the past the founders and employees were aligned with the same type of common stock grant, and it was the VCs who got preferential stock treatment.

Successful startups need highly committed employees who believe in the goals and values of the company. 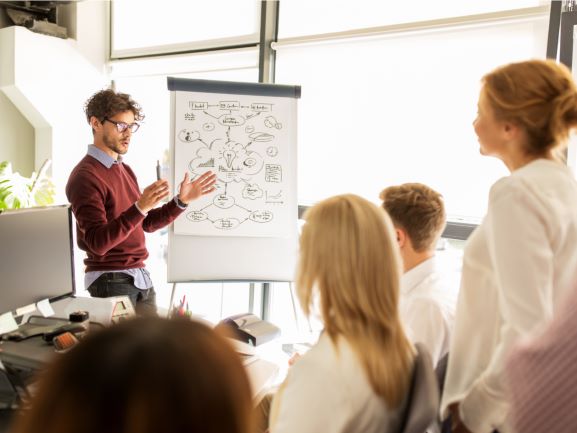 For most startup employee’s startup stock options are now a bad deal.

In tech startups stock options were here almost from the beginning, first offered to the founders in 1957 at Fairchild Semiconductor, the first chip startup in Silicon Valley. As Venture Capital emerged as an industry in the mid 1970’s, investors in venture-funded startups began to give stock options to all their employees. On its surface this was a pretty radical idea. The investors were giving away part of their ownership of the company — not just to the founders, but to all employees. Why would they do that?

Stock options for all employees of startups served several purposes:

The mechanics of a stock option was a simple idea – you received an option (an offer) to buy a part of the company via common stock options (called ISOs or NSOs) at a low price (the “strike price”.) If the company was successful, you could sell it at a much higher price when the company went public (when its shares were listed on a stock exchange and could be freely traded) or was acquired.

You didn’t get to own your stock options all at once. The stock trickled out over four years, as you would “vest” 1/48th of the option each month. And just to make sure you were in the company for at least a year, with most stock option plans, unless you stayed an entire year, you wouldn’t vest any stock.

Not everyone got the same amount of stock. The founders got most of the common stock. Early employees got a smaller percentage, and later employees received even a smaller piece – fractions of a percent – versus the double digits the founders owned.

In the 20th century, the best companies IPO’d in 6-8 years from startup (and in the Dot-Com bubble of 1996-1999 that could be as short as 2-3 years.) Of the four startups I was in that went public, it took as long as six years and as short as three.

One other thing to note is that all employees – founders, early employees and later ones – all had the same vesting deal – four years – and no one made money on stock options until a “liquidity event” (a fancy word to mean when the company went public or got sold.) The rationale was that since there was no way for investors to make money until then, neither should anyone else.  Everyone—investors, founders and startup employees—was, so to speak, in the same boat.

Startup Compensation Changes with Growth Capital – 12 Years to an IPO

Much has changed about the economics of startups in the two decades. And Mark Suster of Upfront Capital has a great post that summarizes these changes.

The first big idea is that unlike in the 20th century when there were two phases of funding startups–Seed capital and Venture capital–today there is a new, third phase. It’s called Growth capital.

Instead of a startup going public six to eight years after it was founded to raise capital to grow the company, today companies can do $50M+ funding rounds, deferring the need for an Initial Public Offering to 10 or more years after a company is founded.

Suster points out that the longer the company stays private, the more valuable it becomes. And if during this time VC’s can hold onto their pro-rata (fancy word for what percentage of the startup they own), they can make a ton more money.

The premise of Growth capital is that if that by staying private longer, all the growth upside that went to the public markets (Wall Street) could instead be made by the private investors (the VC’s and Growth Investors.)

The three examples Suster uses – Salesforce, Google and Amazon – show how much more valuable the companies were after their IPOs. Before these three went public, they weren’t unicorns – that is their market cap was less than a billion dollars. Twelve years later, Salesforce’s market cap was $18 billion, Google’s was $162 billion, and Amazon’s was $17 billion.

To Suster’s point, it isn’t that startups today can’t raise money by going public, it’s that their investors can make more money by keeping them private and going public later – now 10-12 years. And currently there is an influx of capital to do that.

The emergence of Growth capital, and pushing an IPO out a decade or more, has led to a dramatic shift in the balance of power between founders and investors. For three decades, from the mid-1970s to the early 2000s, the rules of the game were that a company must become profitable and hire a professional CEO before an IPO.

That made sense. Twentieth-century companies, competing in slower-moving markets, could thrive for long periods on a single innovation. If the VCs threw out the founder, the professional CEO who stepped in could grow a company without creating something new. In that environment, replacing a founder was the rational decision. But 21st century companies face compressed technology cycles, which create the need for continuous innovation over a longer period of time. Who leads that process best? Often it is founders, whose creativity, comfort with disorder, and risk-taking are more valuable at a time when companies need to retain a startup culture even as they grow large.

With the observation that founders added value during the long runup in the growth stage, VCs began to cede compensation and board control to founders. (See the HBR story here.)

While founders in the 20th century had more stock than the rest of their employees, they had the same type of stock options. Today, that’s not true. Rather, when a startup first forms, the founders grant themselves Restricted Stock Awards (RSA) instead of common stock options. Essentially the company sells them the stock at zero cost, and they reverse vest.

In the 20th century founders were taking a real risk on salary, betting their mortgage and future. Today that’s less true. Founders take a lot less risk, raise multimillion-dollar seed rounds and have the ability to cash out way before a liquidity event.

Early employees take an equal risk that the company will crater, and they often work equally as hard.  However, today founders own 30-50 times more than a startup’s early employees. (What has happened in founder compensation and board control has mirrored the growth in corporate CEO compensation. In the last 50 years, corporate CEO pay went from 20 times an average employee to over 300 times their compensation.)

On top of the founder/early employee stock disparity, the VC’s have moved the liquidity goal posts but haven’t moved the vesting goal posts for non-founders. Consider that the median tenure in a startup is 2 years. By year three, 50% of the employees will be gone. If you’re an early employee, today the company may not go public until eight years after you vest.

So why should non-founding employees of startups care? You’ll still own your stock, and you can leave and join another startup. There are four problems:

The End of the High-Commitment/High-Performance Work System?

In the academic literature, the work environment of a startup is called a high-commitment/ high-performance work system. This is a bundle of Human Resources startup practices that include hiring, self-managing teams, rapid and decentralized decision-making, on-boarding, flexible work assignments, communication, and stock options. And there is evidence that stock options increase the success of startups.

Successful startups need highly committed employees who believe in the goals and values of the company. In exchange for sharing in the potential upside—and being valued as a critical part of the team, they’re willing to rise to the expectation of putting work and the company in front of everything else. But this level of commitment depends on whether employees perceive these practices to be fair, both in terms of the process and the outcomes.

VCs have intentionally changed the ~50-year-old social contract with startup employees. At the same time, they may have removed one of the key incentives that made startups different from working in a large company.

While unique technology or market insight is one component of a successful startup everyone agrees that attracting and retaining A+ talent differentiates the winners from the losers. In trying to keep companies private longer, but not pass any of that new value to the employees, the VC’s may have killed the golden goose.

What Should Employees Do?

In the past the founders and employees were aligned with the same type of common stock grant, and it was the VCs who got preferential stock treatment. Today, if you’re an employee you’re now are at the bottom of the stock preference pile. The founders have preferential stock treatment and the VC have preferred stock. And you’re working just as hard. Add to that all the other known negatives of a startups– no work-life balance, insane hours, inexperienced management, risk of going out of business, etc.

That said, joining a startup still has a lot of benefits for employees who are looking to work with high performance teams with little structure. Your impact likely be felt. Constant learning opportunities, responsibility and advancement are there for those who take it.

If you’re one of the early senior hires, there’s no downside of asking for the same Restricted Stock Agreements (RSAs) as the founders. And if you’re joining a larger startup, you may want to consider those who are offering restricted stock units (RSUs) rather than common stock.

What Should Investors Do?

One possibility is to replace early employee (first ~10 employees) stock options with the same Restricted Stock Agreements (RSAs) as the founders.

For later employees make sure the company offers “refresh” option grants to longer-tenured employees. Better yet, offer restricted stock units (RSUs). Restricted Stock Units are a company’s promise to give you shares of the company’s stock. Unlike a stock option, which always has a strike (purchase) price higher than $0, an RSU is an option with a $0 purchase price. The lower the strike price, the less you have to pay to own a share of company stock. Like stock options, RSU’s vest.

But to keep employees engaged, they ought to be allowed buy their vested RSU stock and sell it every time the company raises a new round of funding.