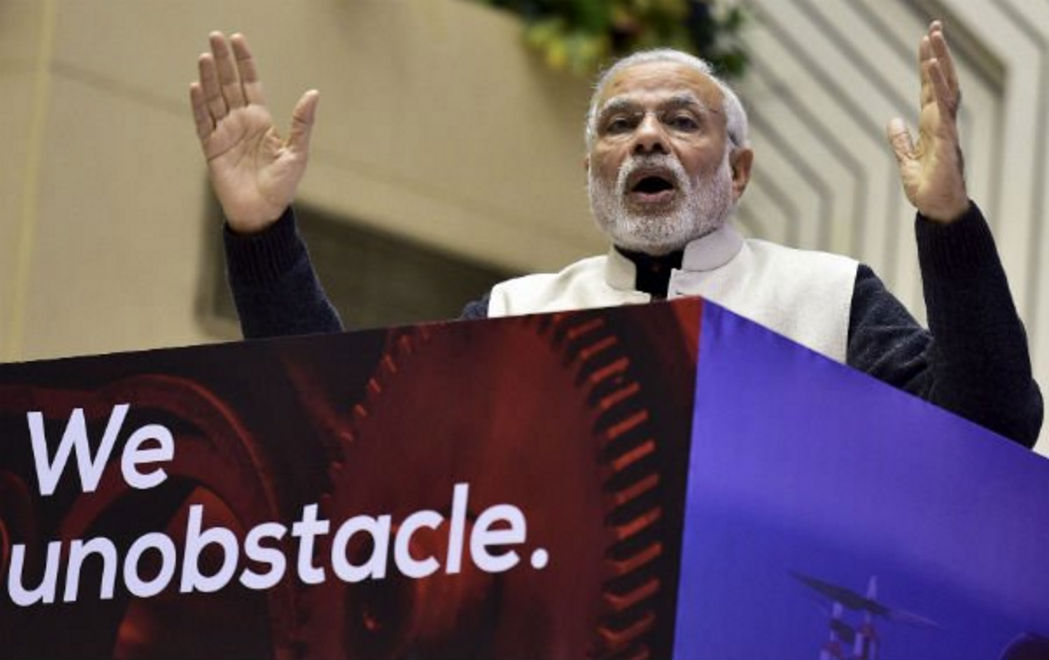 Euphoria is in the air. Startups – the poster boys of these times – have got another fan-base, i.e., the Government of India, cheering for them. Startup India, Standup India Action Plan announced on January 16th by Prime Minister Narendra Modi has created another level of excitement among all stakeholders – be it venture funds, angel investors, incubators or startups.

It is not the first time in the history of India, that the government has announced some major policy decision, but probably it is the first time that the Govt has gone ahead and engaged with a section of society, which was not represented by any powerful industry lobby-groups, business-families, lobbyists or PR firms. If India has changed in last 18 months, then it was very much visible in Vigyan Bhavan on January 16, 2016, as more than 90% of audience must have visited those august corridors for the first time in their lives.

And the level of engagement was unprecedented; however, the real game-changer was not the flawless execution of the event or the line of speakers gracing the occasion, but the intent of Govt, which was to become an “enabler” from the position of being a “provider”. The statement, “Eventual freedom from State will be true evolution for startup”, was not made by some anti-govt activist in a dingy hut in some forest, it was made at Vigyan Bhavan by none other than Mr. Arun Jaitely, the Finance Minister of India. The statement, later endorsed by Prime Minister Modi, is a major paradigm shift in the thinking of Govt, and hence, a watershed moment in the history of India.

However, as it happens with any organization, there is always a huge gap between the vision of the CEO and execution being done at the ground level, and the Startup India / Standup India policy decisions were no exception to this. Hence, while PM Modi talked about how to remove government interference from day-to-day workings of the startups, the policies announced (barring one or two) just ended up achieving exact opposite of the stated objective.

Startups as defined by an inter-ministerial group, approval from a government approved incubator, tax exemptions, State-sponsored Fund of funds – all these measures will not reduce but increase interaction and intervention by State multi-fold, and will create multiple layers of fault-lines and defeat the very purpose of startup policy as well as act against the vision of PM Modi.

While tax exemptions and sops are welcome, they will not help startups in short-term/long-term as startups/funds are looking for a stable legal environment, clarity in tax laws and minimal interaction with government in the initial formative years. Unfortunately, things are totally reverse at present moment and nothing has been done to address these issues.

Startups / investors are loaded with paper work at every step and every paper work results in extra costs as well as breeding of corruptions. One such example is “valuation certificate” which is required by the startup to establish fair value of startups at the time of raising capital. After every transaction by an investor, valuation certificate from an accountant is needed and tax is levied on deemed income if there is gap between accounting firm valuation and investors. This rule creates huge issues in creating ESOPs / investments / Call / put options, etc.

Take Uber as an example. Uber is an Indian company, last year its investors would have been taxed $3 Bn on income of $10 Bn as Bill Gurley (Uber Investors) valued Uber at $16 Bn while Damodaran – a worldwide expert on valuation – valued Uber at $6 Bn. However, this year Damodaran is valuing Uber at $90 Bn while investors valued it at $62 Bn. So if an expert like Damodaran is wide off mark on valuation then how one can trust the valuation certificate by some CA firm using vague methods to value a startup. This exercise is the first step in corruption as well as in vague paper work.

In fact every law / process has been designed to harass than to encourage compliance. The biggest proof of such an attitude can be seen in our tax laws, which seems to violate all the basic tenets proposed by Adam Smith. Adam Smith said:

So overall, this environment creates a high level of uncertainty and confusion {what to pay (multiple rates), how to pay, and what if we can’t pay?} Needless to say that all these road-blocks create huge uncertainties amongst the moods of entrepreneurs / investors and kills the spirit.

The Ellsberg Paradox demonstrated that its the uncertainty not the risk which makes people activity-averse, and as a Venture Capitalist / Entrepreneur, we face this dilemma every day as we can provide for risk but can’t provide for uncertainty. Unfortunately, Startup India Standup India policy didn’t do anything to address this issue of uncertainty in the proposed laws and instead created another layer of approval / process in its system.

The only way we can tackle this problem is by eliminating options and being an adult about it rather than being parental about it. The aim of the policy related to Entrepreneurship/Innovation shall be to build an adult society rather than a parental society, which respects and encourages citizens to grow rather than nag/guide/force/bribe to grow. Hence, rather than various fund allocations / awards, the aim shall be to create the right environment and not an incentive structure.

Hence, government needs to study the level of interaction a startup has with State and shall aim to eliminate/minimize those interactions for the enterprise of a certain size (say INR 3 Cr annual top-line, as at this level, the company builds enough resources to deploy in compliances). Limit of INR 25 Cr in top-line is excessive and shall be dropped, since a company with top-line of more than INR 3 Cr is no longer a startup and is already in advanced age.

Hence, it’s high time bureaucracy listens to the vision of PM Modi carefully and figures out a way to minimize interactions with startups rather than increasing them. Otherwise, instead of Standup India, this will become Sitdown India and we will miss the golden opportunity of becoming a leader in the era of Startups.