Femtech And The Rise Of Reproductive Health Surveillance In India: Loss Of Privacy And Autonomy?

Femtech And The Rise Of Reproductive Health Surveillance In India: Loss Of Privacy And Autonomy?

Over the last few years, we have seen a sudden boost in using technology to determine women’s reproductive rights 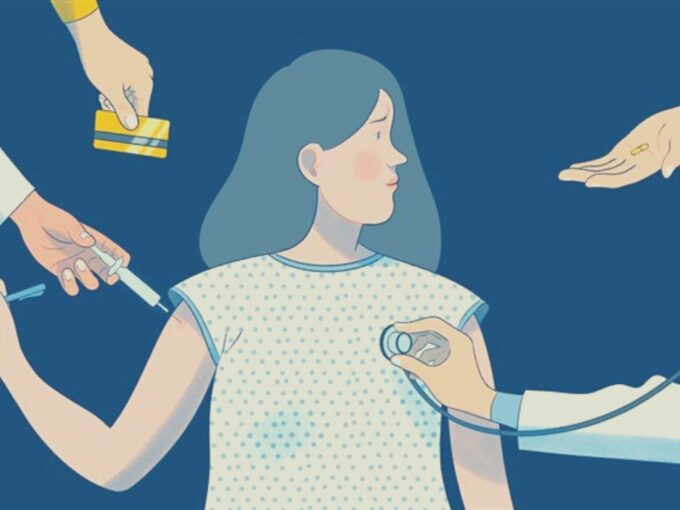 A woman’s body has been digitised using technology and this has serious implications for her agency and ability to have a say in basic issues such as reproduction.

Over the last few years, we have seen a sudden boost in using technology to determine women’s reproductive rights. Surveillance has been a key tool in the rise of ‘femtech’. The data gathered from reproductive surveillance has often been used for healthcare policy development. For example, it is used to identify rates and patterns of health behaviours, allowing policymakers to shape legislation that caters to pregnant women and newborns.

Unfortunately, the fundamental rights of Indian women have been curtailed or ignored in the process. A woman’s right to privacy and bodily integrity is now seen giving away to the paternalistic state’s interest.

The priority of the Indian state has always leaned towards family planning. A woman’s reproductive rights have always come second to her obligation to reproduce for the benefit of the state. India’s family planning goals for 2020 in essence, take away a woman’s right to choose the size of her family. Our policies often ignore that Indian women face a multitude of reproductive health challenges, including but not limited to unwanted fertility, maternal mortality, lack of sanitation and sexually transmitted diseases.

Despite these challenges, policies that govern reproduction prioritise economic, social and cultural results over the individual rights of the woman.

In the Medical Termination of Pregnancy Act, 1971 the right to privacy to abort a pregnancy was handed over to medical practitioners. As a result, women became voiceless in the process. We are now witnessing the same result as digitisation of a woman’s body leads to her exclusion from decisions that impact her reproductive rights and privacy.

Despite its many benefits, data-driven reproductive health care surveillance has come at the cost of privacy. For example, in 2016 the Ministry for Women and Child Development proposed to mandatorily link the Aadhaar database to  data on pregnancies and abortions through the Mother and Child Tracking System (MCTS). This was done to deter sex determination of foetuses under the Pre-conception And Pre-natal Diagnostic Techniques (Prohibition Of Sex Selection) Act, 1994 and provide Direct Benefit Transfers (DBT).

However, this process failed to yield change and instead became a tool to violate women’s privacy. A national policy of state surveillance that requires linking Aadhaar with abortions is in direct violation of a female’s right to decisional privacy with regards to their own body.

The famous philosopher Ralph Waldo Emmerson once said “There is no privacy that cannot be penetrated”. In the K. Puttaswamy vs. Union of India the Supreme Court decided that  privacy is a fundamental right and that, at its core, it means the “right to be let alone.” However, to what extent is this applicable? As per the court, this right shields an individual from interference in their fundamental personal decisions and information. Therefore, by requesting and accumulating such information, the government has not only violated women’s rights but has also developed the ability to put the entire population under surveillance..

Additionally, there are no standards set for data sharing, storage, anonymization and encryption of reproductive data. In the absence of any safeguards, the risk of reproductive data becoming public is maximised in an already fragmented society that frowns upon women making decisions regarding their own bodies.

Mandatory registration of pregnancies and abortions bring up concerns about a woman’s autonomy and equality because this does not apply to men. Living in a society where women are judged for their sexual and reproductive choices, mandatory disclosure of such details will constrain women’s choices, and also prevent access to safe and legal reproductive health services.

A data-driven society moves forward only with the help of predetermined stereotypes on gender, sexual orientation, body type, disease symptoms etc. Those accessing services need to define themselves by the options given to them or forego the benefits. Be it a reason for abortion, sexual orientation or gender identity – the procedure of reproductive surviellance is biased towards those who fall within the category of ‘regular’ in the eyes of the state. Apps on menstruation, fertility, diet and health only set parameters based on what a woman’s body looks like to those creating the app setting unrealistic standards for users who measure themselves by these parameters.

Therefore, before India aims to embrace the data-driven ICT revolution, it needs to address basic issues around data privacy. If the new Personal Data Protection Bill 2019 being debated, decisions on privacy of women’s bodies need to be made in favour of the women themselves.

Furthermore, existing healthcare data needs to reflect the entire spectrum of possibilities – both physical and mental – that accompany a pregnancy, in order to better serve women. Policies need to recognise this spectrum and use anonymized data enabling service providers to have a realistic view of the female body.

Finally, policies need to be amended in order to give women the power to decide how to best treat their own bodies. The decision to go through with a pregnancy or otherwise must lie with the woman and should not be made for her at the cost of losing out on government benefits or having to compromise her privacy.

[The article  is co-authored by  Kazim Rizvi and Maanya Vaidyanathan, Policy & Engagement Manager, The Dialogue]