Why I Remain Optimistic About Tesla

Why I Remain Optimistic About Tesla

Tesla Is A Technology Company That Is Building Tech Platforms 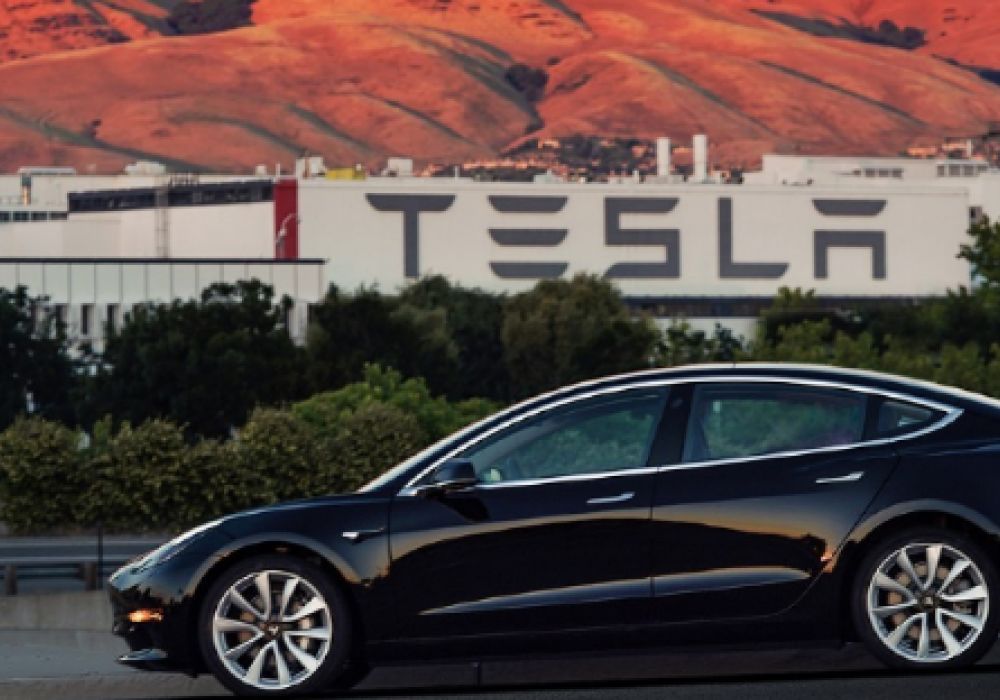 Tesla’s stock price recently took a hit because of concerns about its delivery capabilities and about increasing competition from carmakers who are switching their product lines to electric. With a market cap still exceeding $50 Bn, it can be easy to argue that Tesla’s price remains severely inflated, especially when you compare it with those of GM and Ford — which produce 20 times more revenue. You can understand why Tesla remains one of the most shorted stocks — with billions of dollars in bets against it.

But Tesla has an advantage that many people don’t understand: It is much more than an automotive company; it is a technology company building technology platforms. With these, it is positioning itself to also become the leading player in the energy industry and sharing economy. It will bring the same integration, data analysis and elegance to these industries as it did to cars.

I have referred to my Tesla Model S as “a spaceship that travels on land.” It drives differently from any other kind of car, and is lightning fast, smooth and slick. To me, other electric vehicles, such as the BMW i3, the Mercedes B-Class, the Nissan Leaf and the Chevy Bolt, all of which I have driven, seem by comparison to be a clumsy repackaging of old technologies. They feel more like cassette players than iPods. I have every expectation that Tesla’s Model 3, which I have on order, will be almost as good as my Model S, despite costing half as much.

Tesla cars have been designed from the ground up as computers on wheels. Almost every function is controlled by software, and this enables the company to continually analyze data and optimise its functioning — just as Google Search and Apple Siri do.

With the billions of miles’ worth of driving data it is gathering, Tesla is on track to deliver full autonomous driving capability earlier than many other car manufacturers will. And because all of its new cars, including the Model 3, come equipped with the sensors that will be necessary to the autopilot software once it’s released, Tesla has a considerable advantage over its rivals.

In July 2016, Elon Musk announced that Tesla would use these technologies to enable a ride-sharing platform called the Tesla Network, through which owners will be able to rent out their cars as autonomous taxis, thereby recouping their investments and even making profits from their cars. As he explained,

“Since most cars are only in use by their owner for 5 percent to 10 percent of the day, the fundamental economic utility of a true self-driving car is likely to be several times that of a car which is not.” With highly sought-after cars and a head start, Tesla could grab a significant share of the vehicle-sharing economy — an economy that is expected to transform the transportation industry and disrupt the automobile market.

Tesla is already diversifying its businesses so that it doesn’t sink with the automotive industry when this happens. Underlying the Tesla cars is another technology platform that it is commercialising: the battery. Tesla’s Powerwall is a rechargeable lithium-ion battery that provides homes with the storage of solar-captured energy for use at night or during power outages. This complements the solar roof tiles that Tesla is selling, which look like ordinary tiles and are priced competitively. So what you have is what Musk has called “a smoothly integrated and beautiful solar-roof-with-battery product that just works.” This is the kind of advantage and elegance that came with the Apple iPhone, which integrated music, telephony, and computer applications into one device.

In the same way as Tesla could make car ownership a revenue generator for its drivers, it could do the same for solar power. Homeowners could share their excess energy with other homeowners and provide charging stations for others’ Tesla vehicles. This would also dramatically expand the Tesla supercharger network, enabling charging of cars almost anywhere.

On a larger scale, Tesla is offering utility companies grid-scale energy-storage systems, demand for which will enable it to scale up its production and gain a cost advantage. It has just won a bid to provide the government of South Australia with the world’s largest lithium-ion battery system — 129 MWh of storage, deliverable at up to 100MW, enough to power more than 30,000 homes.

Musk committed to having the system installed in a record 100 days. And the data Tesla gathers from this installation will allow it to optimise energy-storage operations as its self-driving data enables it to optimise its cars.

Yes, Tesla has had production issues and missed delivery targets. But that is how technology companies work: They iterate until they get things right; they think big, take risks and change the world. They make extremely optimistic projections and often miss these, and this is what causes investors to panic and short stocks. But when these companies shoot for the moon, they achieve much more than they might otherwise. This is why they often end up being the most valuable of all — and defying gravity.

Vivek Wadhwa is a Distinguished Fellow at Carnegie Mellon University College of Engineering. He is a syndicated columnist at the Washington Post and author of The Immigrant Exodus: Why America Is Losing the Global Race to Capture Entrepreneurial Talent, which was named by The Economist as a Book of the Year of 2012, and of Innovating Women: The Changing Face of Technology, which documents the struggles and triumphs of women. His latest book is called The Driver in the Driverless Car: How Our Technology Choices Will Create the Future. Wadhwa has held appointments at Stanford Law School, Harvard Law School, and Emory University and is a faculty at Singularity University.