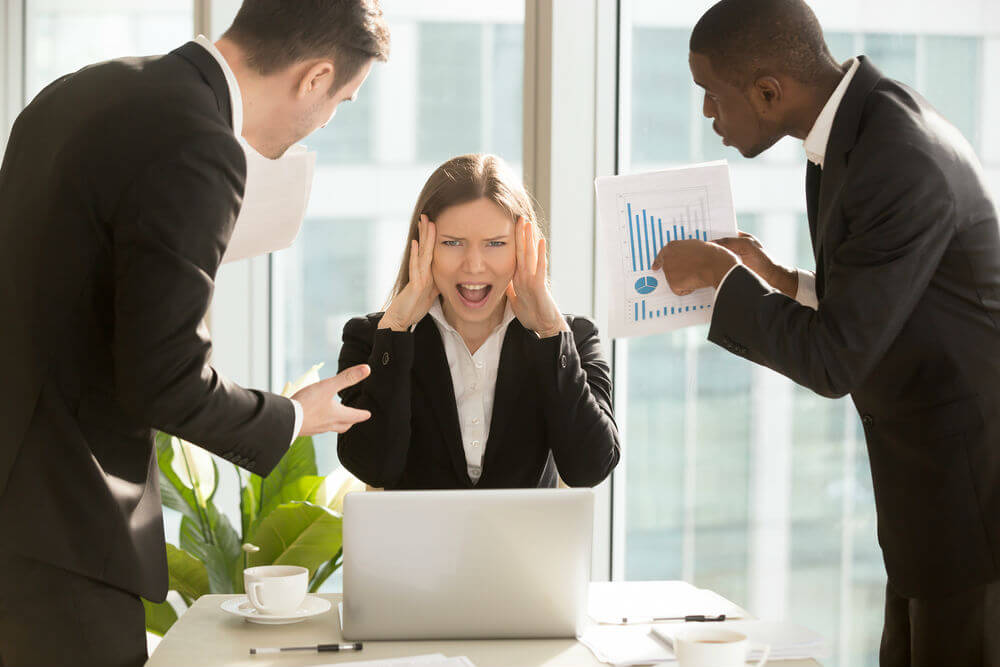 It’s tough to hold on to good employees, but it shouldn’t be. Most of the mistakes that companies make are easily avoided. When you do make mistakes, your best employees are the first to go, because they have the most options.

I understand the temptation. As my company has grown, so has our difficulty maintaining standards. There have been many instances where someone crossed a line, and we were tempted to respond with a new rule that applied to everyone.

But that’s where most companies blow it.

In just about every instance, upon closer inspection, we realized that establishing a new rule would be a passive and morale-killing way to address the problem. The vast majority of the time, the problem needs to be handled one-on-one by the employee’s manager.

When companies create ridiculous and demoralizing rules to halt the outlandish behavior of a few individuals, it’s a management problem. There’s no sense in alienating your entire workforce because you don’t know how to manage performance. It makes a bad situation that much worse.

Let’s explore some of the worst rules that companies create when they fall into this trap and see if we can’t influence people to think differently about making rules in the workplace.

Most companies won’t let you transfer or get promoted until you’ve held a position for six months. This rule harms the company and the employee by holding people in roles that they’re not suited for. Companies might have gotten away with this rule when our parents were entering the workforce, but these days good people are more likely to jump ship, rather than wait around for some arbitrary rule to kick in.

An employee’s manager should have the freedom to decide when an employee is ready for a promotion or would perform better in a different role.

Ridiculous requirements for attendance, leave, and time off.

People are salaried for the work they do, not the specific hours they sit at their desks. When you ding salaried employees for showing up five minutes late even though they routinely stay late and put in time on the weekend, you send the message that policies take precedence over performance. It reeks of distrust, and you should never put someone on salary that you don’t trust.

When companies are unnecessarily strict in requiring documentation for bereavement and medical leave, it leaves a sour taste in the mouths of employees who deserve better. After all, if you have employees who will fake a death to miss a day’s work, what does that say about your company?

Many organizations control what people can have at their desks. A life-size poster of a shirtless Fabio? I get it; that’s a problem. But employers dictate how many photographs people can display, whether or not they can use a water bottle, and how many items they’re allowed to place on their desks. Once again, it’s the ol’ “If I could just hire robots I wouldn’t have this problem” approach.

Same goes for dress codes. They work well in private high schools, but they’re unnecessary at work. Hire professionals and they’ll dress professionally. When someone crosses the line, their manager needs to have the skill to address the issue directly. Otherwise, you’re making everyone wish they worked somewhere else because management is too inept to handle touchy subjects effectively.

There are certain sites that no one should be visiting at work, and I’m not talking about Facebook. But once you block pornography and the other obvious stuff, it’s a difficult and arbitrary process deciding where to draw the line.

Most companies draw it in the wrong place.

People should be able to kill time on the Internet during breaks. When companies unnecessarily restrict people’s Internet activity, it does more than demoralize those that can’t check Facebook; it limits people’s ability to do their jobs. Many companies restrict Internet activity so heavily that it makes it difficult for people to do online research. The most obvious example? Checking the Facebook profile of someone you just interviewed.

Some individual talents follow a natural bell-shaped curve, but job performance does not. When you force employees to fit into a pre-determined ranking system, you do three things: 1) incorrectly evaluate people’s performance, 2) make everyone feel like a number, and 3) create insecurity and dissatisfaction when performing employees fear that they’ll be fired due to the forced system. This is yet another example of a lazy policy that avoids the hard and necessary work of evaluating each individual objectively, based on his or her merits.

If I ban mobile phones in the office, no one will waste time texting and talking to family and friends, right? Ya, right. Organizations need to do the difficult work of hiring people who are trustworthy and who won’t take advantage of things. They also need to train managers to deal effectively with employees who underperform and/or violate expectations (such as spending too much time on their phones). This is also hard work, but it’s worth it. The easy, knee-jerk alternative (banning phones) demoralizes good employees who need to check their phones periodically due to pressing family or health issues or as an appropriate break from work.

If there’s one thing that road-weary traveling employees earn, it’s their frequent flier miles. When employers don’t let people keep their miles for personal use, it’s a greedy move that fuels resentment with every flight. Work travel is a major sacrifice of time, energy, and sanity. Taking employees’ miles sends the message that you don’t appreciate their sacrifice and that you’ll hold on to every last dollar at their expense.

This is a newer one that’s already moving down a slippery slope. Some companies are getting so restrictive with e-mail use that employees must select from a list of pre-approved topics before the e-mail software will allow them to send a message.

Again, it’s about trust. If you don’t trust your people to use e-mail properly, why did you hire them in the first place? In trying to rein in the bad guys, you make everyone miserable every time they send an e-mail. And guess what? The bad guys are the ones who will find ways to get around any system you put in place.

Maintaining high standards for how people treat each other is a wonderful thing as we live in a world that’s rife with animosity and discrimination. Still employers have to know where to draw the line. Going on a witch-hunt because someone says “Bless you” to another employee that sneezed (real example) creates an environment of paranoia and stifled self-expression, without improving how people treat each other.

If companies can rethink their policies and remove or alter those that are unnecessary or demoralizing, we’ll all have a more enjoyable and productive time at work.