Are Mobile Wallets Here To Stay? Or Is Cash Still King For The Indian Consumer?

Are Mobile Wallets Here To Stay? Or Is Cash Still King For The Indian Consumer? 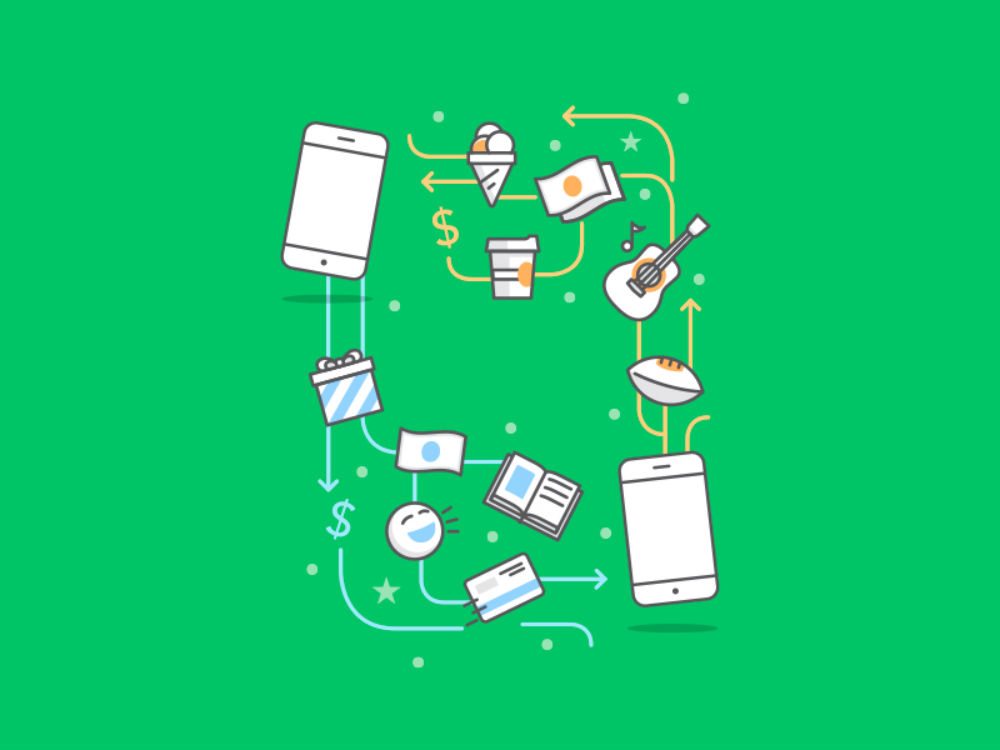 A burgeoning middle class, rising levels of disposable income, better internet services than ever before, skyrocketing growth of smartphone usage, investor money flowing into the mobile payments industry– the time has never been better for India’s mobile wallet startups, for sure. But is the Indian consumer reluctant to give up cash? If so, why?

The number of mobile wallet users has been steadily growing, and has reached about 140-150 Mn, thanks to mindblowing offers and discounts. Interestingly, Paytm, the biggest player in the market today, has over 100 Mn wallet users, registering over 75 million transactions every month.

Despite the steady rise in the number of mobile wallet users in the country, there are still some factors that are hindering its usage and preventing it from going mainstream.

Here are some of the key factors:

Although, there are over 150 Mn users who have their mobile wallets, there are hardly any avenues of usage. The number of merchants who allow the use of mobile wallets is limited. “The biggest issue is acceptance. Most of the usage has come from a few large merchants such as Uber in the case of Paytm or tie-ups with ecommerce players, with usage driven by cashback offers,” says Abhijit Bose, co-founder of Ezetap.

When a typical consumer can walk into any one of his favourite merchant outlet and is offered the easy ability to use a wallet – as they do with cash or cards, – only then will the adoption of wallets witness a rapid surge, believes Abhijit.

Govind Rajan, COO of FreeCharge, echoes a similar view that the high cost of acceptance in the offline world is one of the key challenges that is hindering the usage of wallets, thereby restricting digital payments as an online phenomenon.

He says that Freecharge is working on payment solutions that can be adopted by every merchant, without even investing a rupee. “We envisage simple and easy to on-board system for new merchants. As we build this acceptance, we can dramatically increase the salience of digital payments,” says Govind

Cash is still used extensively by retailers and merchants to accept payments and cash on delivery is still very popular in ecommerce. According to Bipin Preet Singh, ‎founder & CEO at MobiKwik, small retailers form the bulk of business in India. The point of sale systems are expensive and cumbersome for merchants to implement which limits their ability to accept digital payments especially through wallets.

Banking and financial institutions need to extend their operations far and wide in order for financial inclusion to happen for millions of India’s unbanked population. “Post offices can leverage their network and encourage people to pay via wallets instead of paying through cash,” Bipin adds.

Abhijit believes that acceptance is already being tackled organically by a series of companies – including Ezetap – who are focusing on digitally activating the merchant side of business.  “Over the next few years, most merchants in India will have a single, smart, mobile-internet connected solution which can support any and all wallets that consumers prefer – just like today’s points of sale can handle any Mastercard or Visa card, regardless of which bank issued them.”

Although, the internet penetration has been steadily increasing in the country, the lagging speed is a big concern when it comes to the adoption of mobile wallets. “Broadband connection and mobile internet is still out of reach for many. Many people still use laggy 2G internet since its cheaper than modern 3G or 4G networks. This doesn’t allow them to use web and apps to their full extent,” avers Bipin.

Several geographies in the country still don’t have the access to high speed mobile internet facilities, owing to a lack of proper infrastructure, is also holding back the mobile wallets industry.

Strengthening the internet infrastructure of the country would go a long way in enabling increased adoption. This requires a collaborative effort from the Government and the telecom players of the country.

“The internet connectivity will require a dedicated effort from all key stakeholders. The cellular network providers will have to enable 4G LTE services across all geographies by augmenting their on-ground network infrastructure for a more ubiquitous access to wallet services,” believes Anish.

Fear Of The Unknown

Increased cases of cyber crimes in the country cause the apprehension among potential wallet users to surge. They prefer online payments via debit and credit cards that uses the two-step authentication process, as instructed by the RBI.

Anish believes this apprehension is primarily due to the lack of awareness among these prospective users. He opines that through innovative brand building campaigns, wallet providers can reach out to more consumers, spreading awareness and thereby drive adoption.

“More trust needs to be created in ecosystem by media, merchants and wallets to adopt wallets in a big way,” says Bipin.

As The Big Brother Watches…

Existing financial regulations need to be amended for users to take full advantage of mobile wallets. For example, mobile wallets have an upper threshold limit of INR 10,000 which is inhibitive for merchants.

Last year in July, Paytm asked RBI to hike the limit of money that can be stored in a wallet from INR 10,000 to INR 25,000. As per RBI guidelines, in order to keep INR 10,000 in a wallet, a minimum know your customer (KYC) of mobile phone number and email ID verification is good enough. But in case of storing higher remunerations, a full KYC – as required for a bank account opening – in required.

In August 2015, the RBI gave payment bank licenses to Paytm and 10 other companies including Aditya Birla Nuvo Limited (Idea), Airtel M Commerce Services Limited, Fino PayTech Limited and Vodafone m-pesa Limited. According to Vijay Shekhar Sharma, founder of Alibaba-backed Paytm, the initial estimates suggest that around INR 150 Cr will be required to set up Paytm payment bank. He reportedly diluted close to 1% of his stake in his holding company One97 Communications Ltd to fund his payment bank.

As RBI moots one-step authentication, will it boost the ecosystem?

A few industry insiders believe it won’t impact the wallet usage in a meaningful way. One-factor authentication only matters in fast moving retail formats where you need to complete the transaction and keep a queue moving; and areas of low mobile internet connectivity where you need on the ground authentication.

In India, the fraud systems used by payment companies and merchants are not very sophisticated therefore it will cause a major problem with customer sentiment as most of the transactions online are below 2000 only.  A few think that the current model is fine where customer’s bank account and card is fully protected and the customer can choose to use mobile wallets for convenience as a tool to do regular online shopping.

Some say that this move will negatively impact wallet usage in India. They think that this move will make a significant base of the mobile wallet users to continue to use their existing modes of card payments, as doing away with two-factor authentication will reduce the friction in the payment process. This would imply that a segment of the existing wallet users would prefer to retain their cards or bank based instruments.

But can mobile wallet companies make the big leap?

This million dollar question gets answered by the big voices in the industry:

“Payments via mobile phone is inevitable,” says Abhijit of Ezetap

Whether the dominant application on the phone that initiates and manages the transaction is a wallet or a 3rd party app doing something else or a bank app connected to NPCI depends on the value proposition that each delivers to the consumer using it, vis-à-vis the other options in the market.,” he says.

He believes that as the smartphone and mobile internet penetration in India increases, so will the adoption of wallets. “Moreover, being a young nation, most of the Indian consumers are within the 18-35 age group and have been amongst the early adopters of mobile wallets. Given the newer developments such as native smartphone integrations and social payments steadily gaining prominence in the market, the future of mobile wallets in India looks extremely promising.

“You just need your mobile,” says Bipin of Mobikwik

He believes that amongst all the other digital products out there, mobile wallets are already mainstream. “If you try you can actually live your entire day by using the mobile wallet without having ever pay cash or even your physical wallet. People use MobiKwik wallets for everything from booking train tickets on IRCTC, buying groceries at Big Bazaar or Grofers and paying for rides on Uber to even pay water bills.”

As more services become mainstream and gain widespread adoption mobile wallets will become massively popular and make you think twice before you use cash to pay for everything including at your neighbourhood store.

“Mobile wallets are here to stay and grow,” says Pratap of Qwikcilver

“The holy grail would be the adoption of these options by consumers across the spectrum. Each segment would have their respective needs, expectations & aspirations that would need to be taken forward. As in any category creation, it would warrant for the players to be clear on their core competence and stick to the knitting. A broad brush approach to make hay is unlikely to be seen. Mobile wallets are here to stay and grow. There would be churn, changes and upheaval amongst the various options, as is to be expected. “

To get some insider perspective, readers can join the SURGE conference where this topic “Can mobile wallets go mainstream?” will be heatedly debated by Kunal Shah of Freecharge, TP Pratap of QwikCilver and Abhijit Bose of Ezetap. Click here to register.

Meanwhile, Govind of Freecharge, has a few mantras:

Digital wallets are the best bet to usher in digital payments. According to him, there are three key drivers:

The ecosystem is certainly turning favourable of the adoption of mobile wallets in India. All the stakeholders, Inc 42 reached out to, unanimously agreed that it will go full throttle. However, the hurdles in this path should definitely not be ignored; there’s still a long way to go for m-wallets before it joins the league of mainstream players. Miles to go, before they sleep!