Traffic revenue of the Indian Railways till August this year has declined by 42.3% over the corresponding period last year

Unlike a private enterprise, the Railways in India has to play a balance among its various roles 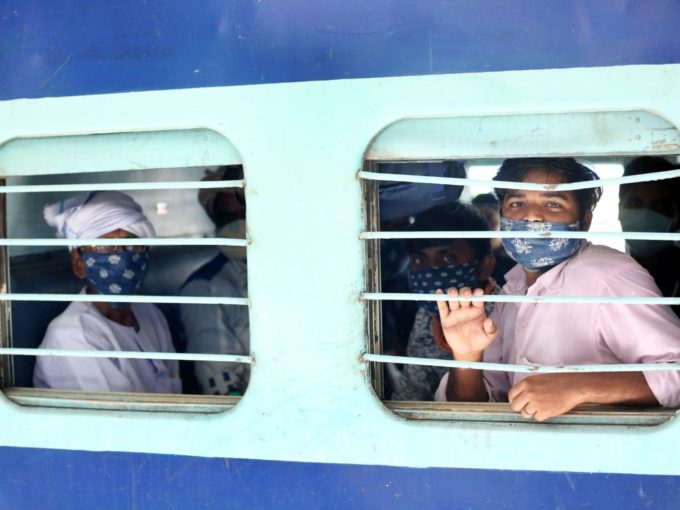 Indian Railways plays a vital role in the economy and the lives of people in India. The year 2020 has been unlike anything seen by the travel industry in the last few decades. The Industry that ferries over 20+ Mn passengers daily was brought to a complete standstill due to the pandemic-induced lockdown. The economic impact was huge.

The Railway Board Chairman, Y K Yadav, said, “The Indian railway industry has seen INR 35K- 40K Cr reduction in the earnings from passenger trains. The overall traffic revenue of the Indian railways has declined by 42.3% as passenger train services remain impacted by the outbreak of Covid-19”. But when you look back closely, you will realize it was also the year when the sector identified that as a public utility that connects nooks and corners of India, it needed to overhaul its passenger and freight operations to grow in the coming years. Will 2021 be that year?

The Covid-19 pandemic has had a significant impact on nearly all spheres of the Indian economy. Due to restricted connectivity during the lockdown, supply chains, exchange and transfer of the essential commodities, and various other services were all affected. The Indian Railways was no exception.

Traffic revenue of the Indian Railways till August this year has declined by 42.3% over the corresponding period last year, as passenger train services remain impacted by the outbreak of Covid-19. The revenue from passenger traffic was impacted way more than freight since that was still operational to cater to pandemic emergencies.

A study by Praxis Global Alliance, a leading management consulting and advisory firm, and Zetwerk, an Indian B2B marketplace for manufacturing products and services, highlighted that the Railways’ freight revenue is expected to recover within the next four to five months, but passenger revenue may take more than nine months to revive completely from the effects of the Covid-19 pandemic. The expected annual growth rate for railways will be 10-12% between FY19-24.

An Opportunity To Serve The Public

It is said, it often takes a crisis to seize opportunities. The Indian Railways leveraged its network and reach in an unprecedented situation to maintain calm in the country. During a time when everything was on a standstill, the Railways played a crucial role in maintaining the supply of essential items – PPE kits to medicines, food grains, milk, medical equipment, and more.

These were delivered to every corner of the country equipping the authorities to help their citizens eat and enable front-line workers to treat patients. Thousands of coaches were turned into isolation units when cities were running out of hospital beds. The Indian Railways demonstrated agility in the times of the pandemic.

Unlike a private enterprise, the Railways in India has to play a balance among its various roles- a social enterprise that seeks to be the backbone of transportation for the majority of India, a profitable enterprise that relies on the minimum budget support from the government, and a modern enterprise focusing on modernization.

The pandemic has sharply brought into focus the need for “safe” travel especially to prevent further outbreaks of the pandemic. As a reaction to this, the railways have banned travel by Waitlist tickets which had been the backbone for many stranded passengers.

However, this may not be enough as still a good proportion of railway passengers travel by RAC (half seats) that may not be very conducive to social distancing. Going ahead into 2021, the Indian Railways will also play a critical role in the distribution of vaccines in a country of 125 Cr people as there is no mass transportation system in the country that matches the penetration of the Indian Railways.

The Railway has generally been used to running its services at a regular interval. However, due to Covid, the railway was forced to respond dynamically to unforeseen demand breaking out regularly in different parts of its network. Take for instance these cases. At the start of Covid, more than 20 Mn migrants had to be taken back to their home town in rural India.

The choice of running a rail service on that route depended on specific requests from the state governments. Then into the pandemic, reverse migration routes started seeing a surge in demand especially from the states of UP & Bihar. This demand went so high that railways had to plan for clone trains also on these routes.

As you can see, forecasting dynamic demand will have to increasingly become an integral part of planning Indian Railways with increasing reliance on AI to forecast demand.

The Government has clearly indicated its intention to reduce the budgetary support to the Indian Railways to run its operations. With the Government balance sheets stretched even further due to the pandemic, the Railway will increasingly have to focus on profitability without giving up its social responsibilities.

The Indian Railway has a clear road map here where it wants to focus on the profitable freight operations, while the passenger operations will be outsourced to startups and private players. In order to do that the railway has been focusing on building the Dedicated Freight Corridor where it can introduce more freight services.

The railway has been a very entrepreneurial organization in this regard, pushing for massive completion of track work and DFC projects during the pandemic when there is very little traffic on its network. The railway is also looking at other areas of revenue generation some of which include

While the measures are very good, the railway will have to increasingly work at identifying more revenue streams given that the budget support from the government is expected to decrease going forward.

While the primary goal of the Indian Railways is to cater to the masses of the country, the Railway will also have to play a role in a world where urbanization is increasing at a rapid pace.

For India to be competent at a global level, the Indian Railways will have to invest in modern transport infrastructures like the various suburban metro being built in cities like Delhi, Mumbai, etc, or building bullet trains along the Mumbai-Ahmedabad corridor. These projects will have to be built increasingly with an eye on global competitiveness, some futuristic transport modes like hyperloops, etc that may become relatively popular in the next 5 years.

So, to my question whether 2021 is the year we will see the industry completely overhaul its operations, the answer is not a simple yes or no. The work has already started and the industry has definitely realized that sooner rather than later they need to be prepared to contribute more in such times as a public utility.

We will definitely see technological innovations, newer revenue models and private players and startups play a pivotal role and make some headway as a social and profitable enterprise. However, modernization might still be years away, unless we solve for basic infrastructure and operational issues the industry is currently facing.