What India Can Learn From China’s Infrastructural Policies

What India Can Learn From China’s Infrastructural Policies 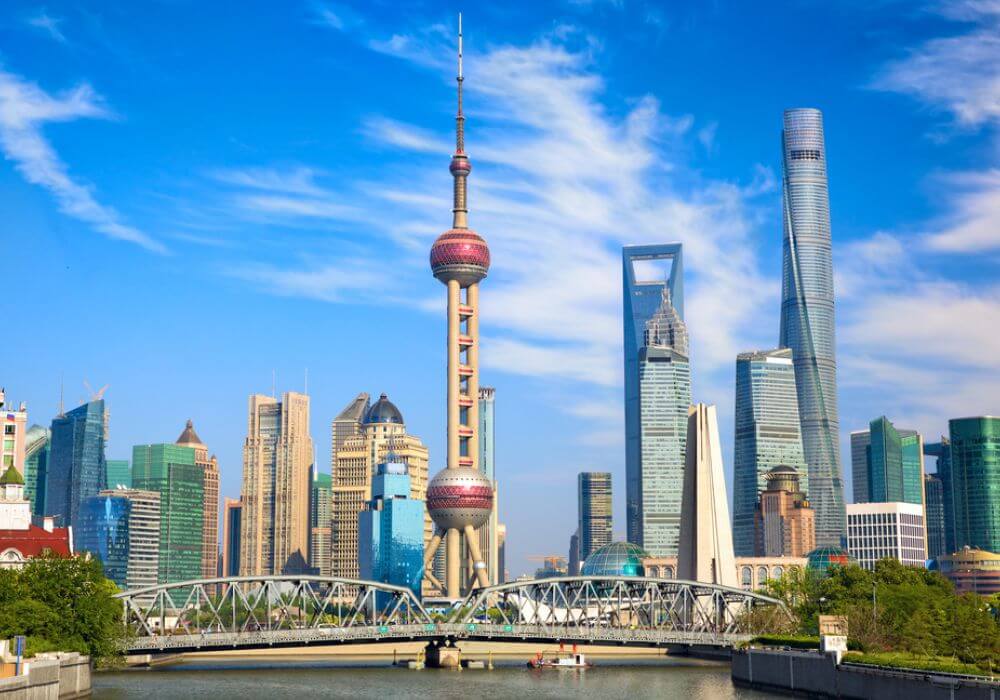 This second blog in the India and China series explores various infrastructure lessons from China that India can imbibe in our current processes and future plans. I’ve tried to segment infrastructure as public; policy; education; entrepreneurship, and financial services for convenience and clarity.

One of the most striking factors about China is the speed at which development of physical assets like roads, highways, and warehouses happens in China. It is just tremendous. Yes, one may attribute it to the singular approach of the Chinese government. But, it doesn’t discount the pace of development or the immense benefits caused by businesses and people’s lifestyle in all cities, towns and villages alike, thus helping bridge the urban-rural divide.

In India, the development of physical infrastructure is much needed to bridge the 6% urban-rural economic growth divide as the rural economy contributes 50% of the consumption and makes up 70% of the workforce.

Apart from the pace of execution, the vision behind these projects like – OBOR (One Belt One Road), is very high, in terms of sheer scale and impact – a vision to connect China to Europe (via Central Asia), the Persian Gulf, the Mediterranean (through West Asia), and the Indian Ocean (via South Asia).

OBOR was conceived in 2013 as a modern equivalent of the Silk Road. In 2014, China established the $40 Bn Silk Road Fund to finance these initiatives and signed bilateral cooperation agreements related to the project with Hungary, Mongolia, Russia, Tajikistan, and Turkey. In 2015, the State Council authorised an OBOR action plan in 2015 with two main components: 1) The Silk Road Economic Belt and 2) The 21st Century Maritime Silk Road (as shown in Fig 1). 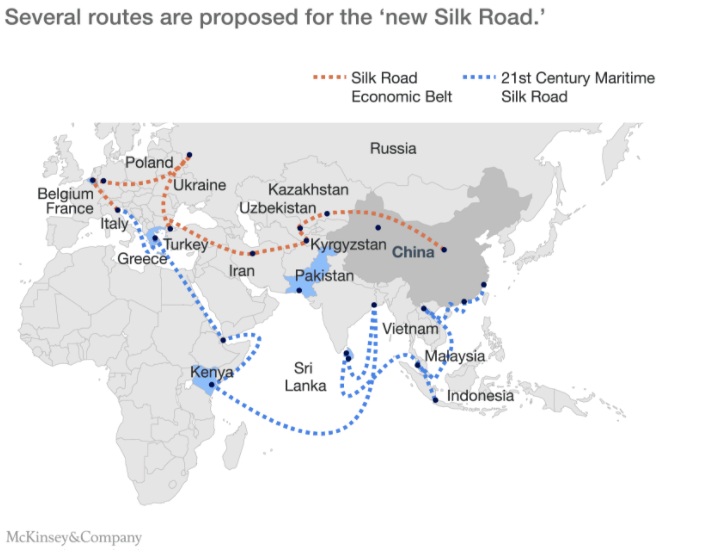 Fig 1: A visual representation of the proposed OBOR routes

‘Policy and development go hand in hand.’ And one of the best examples of this line is the Hangzhou Cross Border E-commerce Zone – a platform built to boost the growing local manufacturing and cross-border ecom businesses.

The Hangzhou ecommerce pilot zone (which we visited) development plan published in January 2016 states that the city will establish a system of information sharing, financial services, intelligent logistics, e-commerce credit, statistical monitoring, and risk control, in order to promote cross-border e-commerce by the end of 2017. Below (Fig 2) is a snippet of the progress they made over the last 4 years. 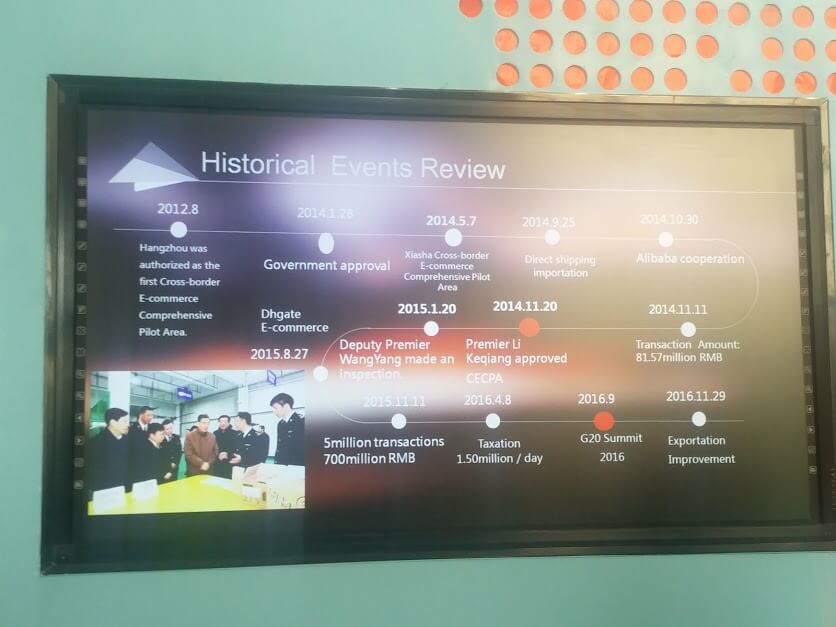 China has more than 95% literacy rate (~100% in the age group of 15-24), while India is just about touching 75%. Similar to China, India’s greatest asset is its human capital and, needless to say, a significant push is needed to enrich the country’s human capital with the required skill set.

One of the interesting initiatives for skill building in China was through the involvement of corporates and industry, like how Alibaba came up with the GET programme (Fig 3) – an initiative to impart supply chain and ecommerce expertise to students and SMEs. 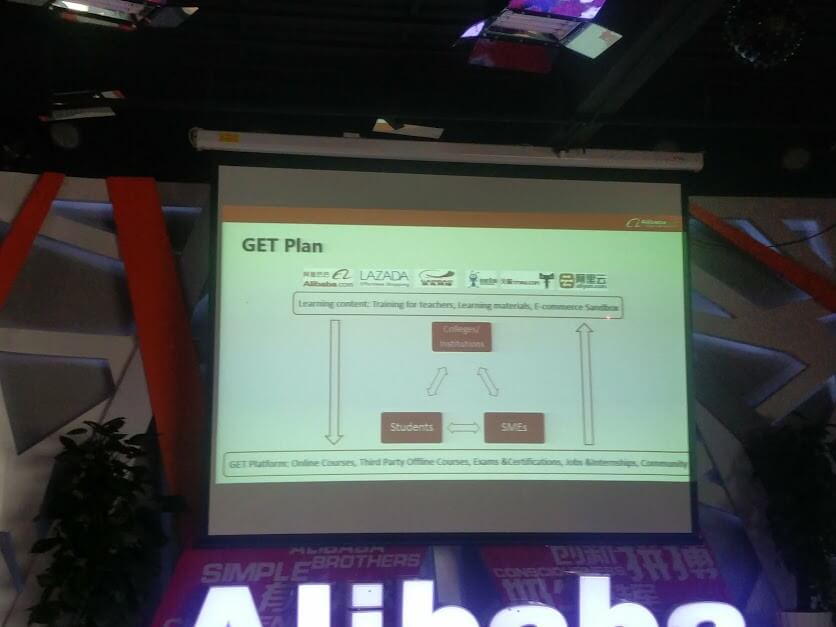 Fig 3 – Overview of GET Plan by Alibaba

Currently, this programme is being run in 455 universities and 1,000 training centres across China (Fig 4), upskilling their youth and capitalising on their existing strategic industrial advantage. This leads me to envision a scenario where IT giants of India like Infosys, come up with similar training programs for IT workforce in Indian colleges. The National Skills Development Corporation seems to be working towards this mission of creating skilled human capital in India. 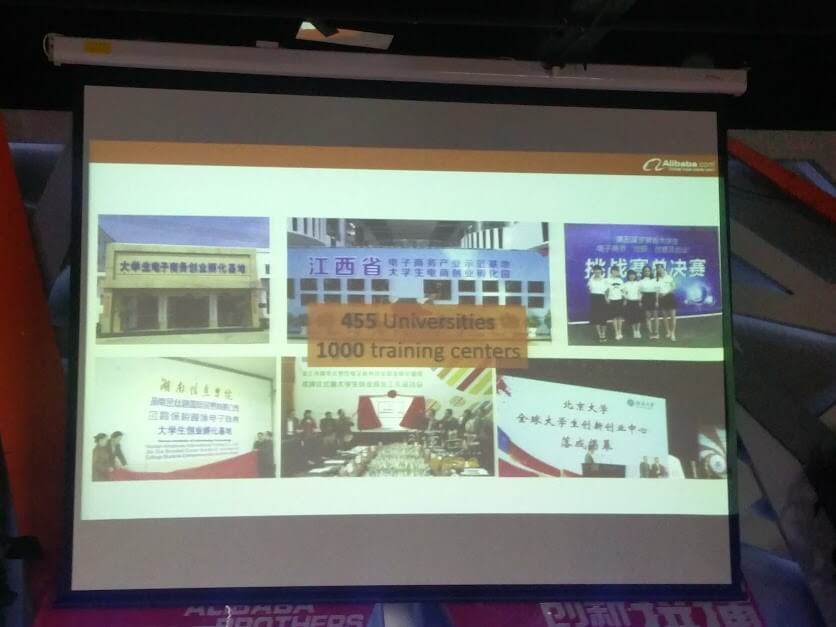 As discussed before, the entrepreneurial spirit is similar in both China and India. However, the supporting infrastructure that is needed for emerging businesses to bloom and succeed are missing at times in India.

During one of our visits, we were taken to 3W Startup Cafe – one of many such coffee houses in Zhongguancun, famous to have been visited by the Chinese Premier Li Keqiang. This coffee house is a startup hub with a dedicated coworking space (generally called a coffice) – an early-stage investment fund, a recruiting agency for the startups and a PR agency (Fig 5). This takes a very holistic approach to startup incubation and acceleration.

In India, we have startup incubators like T-Hub, who are doing a tremendous job by taking such a holistic approach with great infrastructure and support. However, so as to reach a lot more startups in smaller cities, it can be a great starting point to turn common places like coffee houses into startup hubs with a holistic offering and vision in mind. 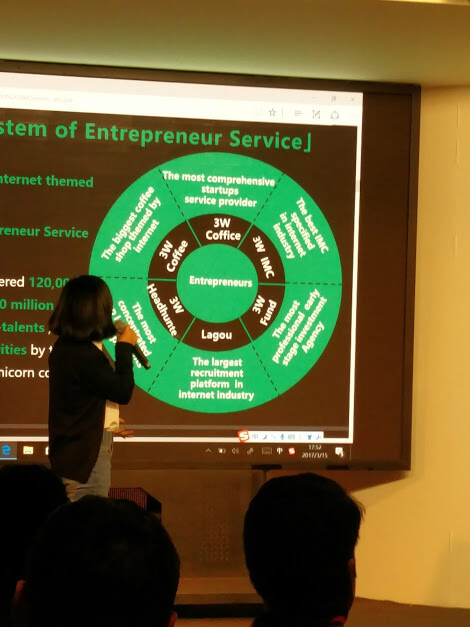 Our financial services infrastructure seems to be lagging China’s by 7-10 years but we seem to be catching up fast here. For example, UnionPay was launched in 2002, while RuPay was launched in 2012. The exponential growth of UnionPay has been fuelled by forced monopoly of UnionPay in China. It is the only network that is allowed to process Yuan-denominated card transactions in China.

All Visa/Mastercard based card payments have to pay commission to UnionPay for Yuan-denominated transactions in China. Being a capitalist democracy, a RuPay monopoly is unlikely in India. However, despite being a cost-efficient payments platform RuPay has seen lesser adoption compared to its Chinese peer. This may be due to various reasons like lesser penetration of digital/card payments in India, lesser reliability (high failure rates) of RuPay platform vs Visa & Mastercard, longer processing times by the network, and lack of good connectivity.

In summary, there’s definitely a lot that we can learn and imbibe from China and its time for us to start looking towards at the East as well.

In entirety, we seem to be moving along the same trend line in financial services, skill development and entrepreneurship. But, the physical infrastructure development and policy reform leave much to be desired in terms of pace of execution and vision.

[This post by Dhanashree Molugu first appeared on the Blume Ventures website and has been reproduced with permission.]