Drawing The Line: What Entrepreneurs And Politicians Have In Common

Drawing The Line: What Entrepreneurs And Politicians Have In Common 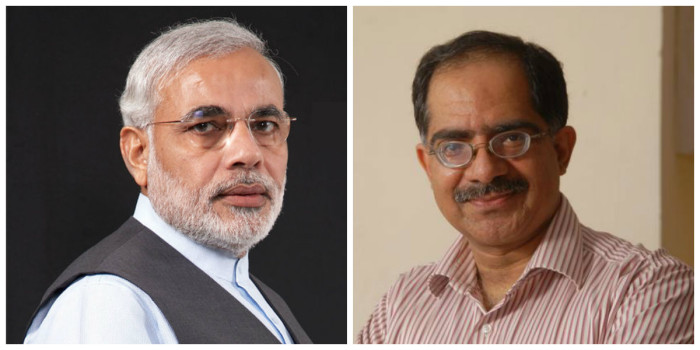 Have you ever thought how difficult it is to step into politics? Opting for politics as your career has never been easy. It takes a lot of courage to be in politics and stay in it for a long time. Being into politics is like running your own startup. But, who says that politics is the only place which demands courage. Venturing into a startup too takes lot of nerve, may be even more than politics.

With the election season in the air, we decided to do a comparison between politicians and entrepreneurs.

iSpirt, the software product industry think tank is working towards a single goal to transform India into a hub for new generation software products. It plays a crucial role in addressing government policies, creating market catalysts and growing the maturity of product entrepreneurs. Sharad Sharma is the man behind iSpirt and is trying his best to replicate the success of Silicon Valley through Ispirt.

On the other side, when it comes to transforming political system and India as a country, no one can beat RSS pracharak turned-Chief Minister turned-Prime Minister Narendra Bhai Damodardas Modi. Not only is his name big, if you turn through the pages of history, you will come to know about his big achievements as well. He proved himself as an undefeated politician today. He proved his mettle in Gujarat during his tenure as a chief minister for almost 15 years by providing transparent government and inclusive economic growth across the state.

Sharad Pawar and the Flipkart Founders 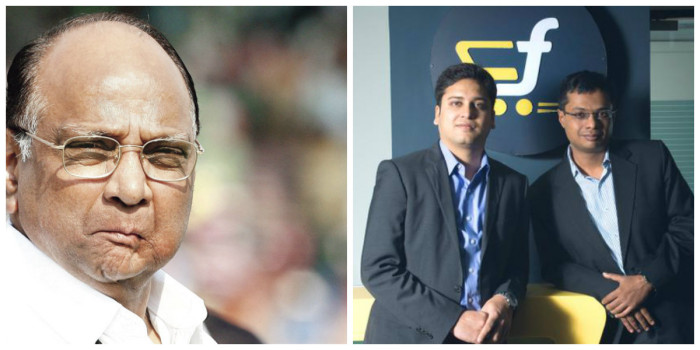 Leaving your current job and that too of Amazon, the biggest online retailer in the world is not a good idea. At All!!! But Sachin Bansal and Binny Bansal did it. Yes, they left their cushy Amazon jobs to start Flipkart with a mere investment of INR 4 Lakh. Today from adults to kids, everyone knows what Flipkart is, the type of branding this “age” guy has is something commendable and no one can argue on that.

Everybody knows Sharad Pawar, he is a great opportunist. But who says being an opportunist is a crime! He realized this early in his political journey and resigned from Congress to set up his own political party. He had strongly opposed Congress Chief Sonia Gandhi’s name for the post of Prime Minister. He demanded that the Congress party needed to propose someone native-born as the prime ministerial candidate and not the Italian-born Sonia Gandhi. Later in 1999, he founded the Nationalist Congress Party and aligned with the Congress party to form a coalition government in Maharashtra. He was also a part UPA I & II government as a cabinet member. And finally, NCP again separated from Congress during the recent Maharashtra assembly elections. Ankur Singla is the founder and CEO of Akosha, and is a former corporate legal consultant turned tech-entrepreneur, whose company wants to help resolve customer complaints with brands by connecting consumers to startups like Micromax, Snapdeal, Samsung and more. Akosha claims to have 21 lakh complaints filed with them, out of which 61% have been resolved till date.

The way Ankur Singla is helping Indian consumers and brands solve their service related issues, similarly BJP’s National President Amit Shah is also helping his party to achieve the set target of Congress free India. Shah led the BJP’s campaign in UP during the 2014 Lok Sabha polls, leading the party to a sweeping victory with 71 of 80 seats. A magical win in the  country’s most populated state clearly established him as the party’s star organiser. 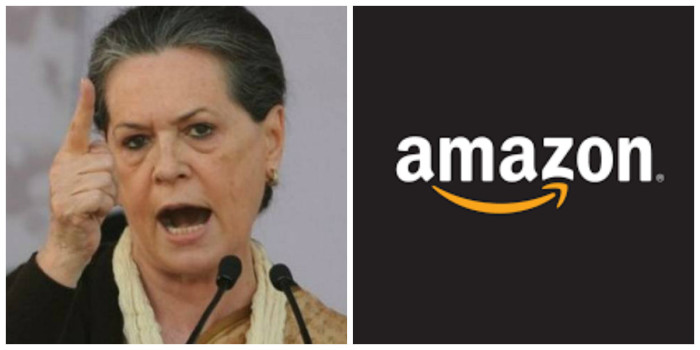 Being an outsider in business make you feel very bad and at times it gives a chance to your competitor to play you down. We’ve all come across the phrase of “Videshi Company” and have compared it with our own Indian version – “Desi Company”. For brands, when they operate in some other country, to a certain extent it has always been easy to compete with brands but difficult to win the trust of citizens. However, US-based Ecommerce giant Amazon has proved all its critics wrong. In a mere two years of operation, Amazon, the biggest online retailer in the world, has become the largest in the country too, in terms of number of products on its sites. It has even managed to win many hearts.

The story is quite similar for opposition party leader Sonia Gandhi. Remember the 2004 elections? How Sonia Gandhi’s nationality became a national issue of debate after her name was announced for the Prime Minister by party members? Other political parties always love debate Sonia Gandhi’s foreign origin issue. However the foreign origin issue did not stop her from achieving what others could not even think of. During 1998, she took the reins of Congress party in her hands. At that point of time, Congress held power in just four states and in 2010 the number had swelled to 13. Later on, Congress defeated BJP in 2004 and then again in 2009 under the leadership of Sonia. Just imagine what would have happened to other parties if she had been of Indian nationality. It takes a lot of hard work to deliver two back to back victories and she did it very well.

Thus being someone from another country and winning hearts of people and doing some extremely well job, makes Sonia Gandhi and Amazon somewhat similar. 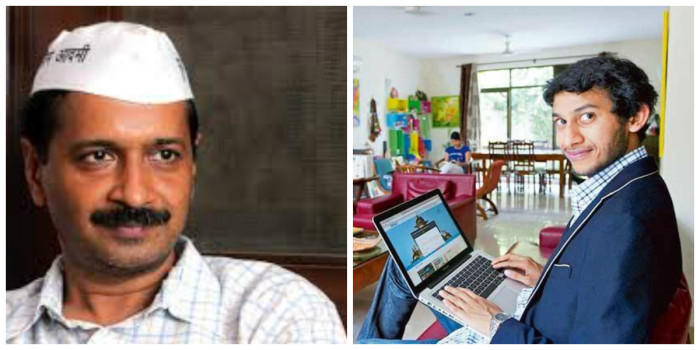 Ritesh Agarwal, founder of Oravel is always known for his half way journey. At the age of 17, he was the youngest CEO in India of a company called Worth Growth Partners. At the age 18, he founded Oravel, an Indian version of the Airbnb. Later, Ritesh was given the chance to be a part of Venture Nursery, but it came with a condition. He had to find a co-founder and he found Manish Sinha, a former advertising guy, having worked at agencies such as JWT, Ogilvy and Mather and Mudra and inducted him as a co-founder of Oravel. According to the Livemint report, Agarwal betrayed Sinha and his initial core team and kicked them out of Oravel before going on to raising a big round of funding for the startup.

Same goes for the Anti-Corruption Crusader Arvind Kejriwal, an IITian and ex-IRS man. As people say, he used the Anna Hazare dias to gain the popularity and founded a brand-new anti-graft party AAM AADMI PARTY (AAP). The people belonging to power corridors openly blamed him for using and betraying Anna Hazare to fulfil his political ambitions. Not only this, during the election campaign in Delhi, he had vowed not to support or take support from BJP or Congress in any condition. We all know what happened after that – he formed the government by taking the support of Congress party and then quit after just 50 days. 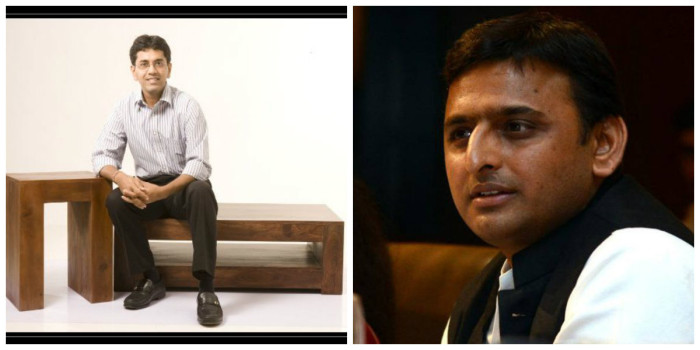 The Ex-Mckinsey employee and co-founder of Urban Ladder, Ashish Goel has spotted a problem and tried to give the solution which is running as a successful business now. Under the leadership of Ashish Goel and Rajiv Srivastva, Urban Ladder has demonstrated the value of building a niche business in ecommerce space which is now mostly a very crowded space. Inspite of limited service area, the company is doing really great and is counted as a big player in the home decor and furnishing space. The company has even managed to grab the attention of big tycoons like Ratan Tata. 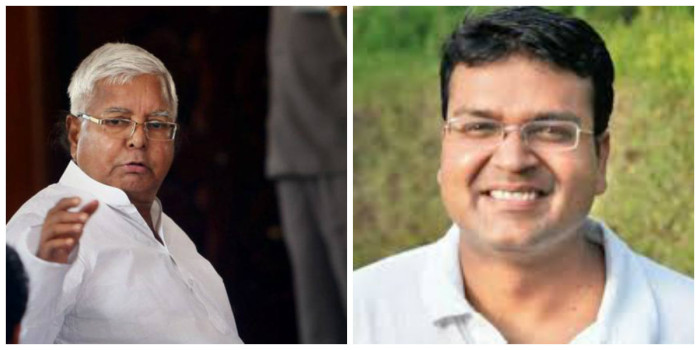 Sandeep Aggarwal, co-founder and ex-CEO of Gurgaon-based Clues Network Pvt Ltd, the startup that runs the horizontal ecommerce marketplace ShopClues.com was arrested in 2013 by FBI agents in San Jose, California (US) on alleged insider trading charges. Even after his arrest, ShopClues never looked back and performed well in the market. Recently, the company raised over $100 Mn in Series D from a group of investors led by Tiger Global.

This reminds us of the former Chief Minister of Bihar and RJD founder Lalu Prasad Yadav for spending his days in Ranchi jail after he was sentenced to five years imprisonment in a 17-year-old fodder scam case by a special CBI court. During 2014 general elections, his party made a comeback and somehow managed to win four seats. 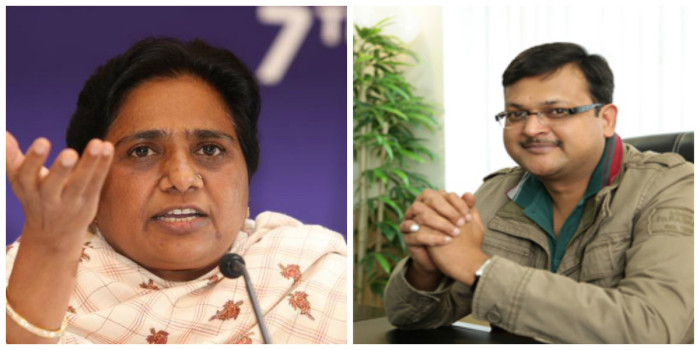 Manmohan Agarwal, the co-founder of Yebhi, the lifestyle ecommerce platform. Yebhi has always been a cash efficient company and spent hefty amounts on branding and marketing. The company tied up with IRCTC but it did not work out as expected. The consistent fall in website traffic was another major issue which the company faced and thus the company ended up with no cash. It ended up changing its business model completely.

Spending hefty amounts on self-branding and getting nothing in return reminds me of former Uttar Pradesh Chief Minister and Bahujan Samaj Party President Mayawati. She had spent a hell lot of money on political campaigns but BSP was not able to secure even a single seat throughout the country in the 2014 General Elections.

[Disclamer: This article is meant to be taken with humour and the comparisons made between people may not be accurate.]