3 Steps Towards Designing for AR/VR

3 Steps Towards Designing for AR/VR 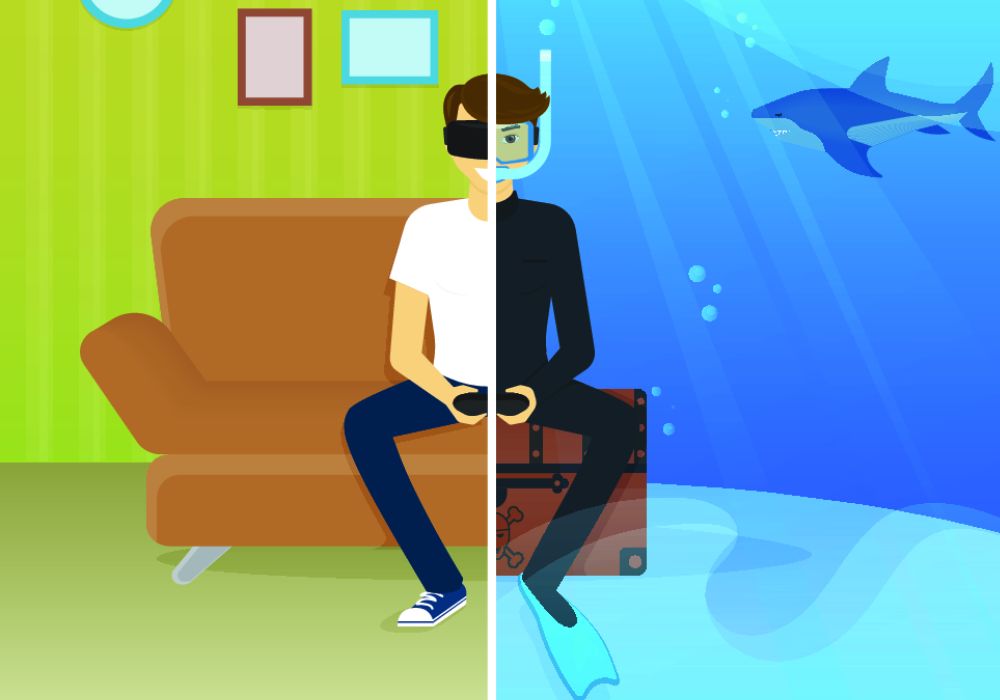 If you’re like many UX/UI designers interested in the (Augmented Reality) AR/ (Virtual Reality) VR space, you may be wondering, how do I actually get started designing for AR/VR experiences? The barriers to entry can seem high: a rapidly shifting device landscape, expensive equipment, and unfamiliar software suites can discourage even some of the most enthusiastic designers.

Fortunately, this barrier is more illusion than reality. Here are three steps that UX/UI designers can take today to stay ahead of the AR/VR wave, and start designing for AR/VR.

Learning Unity as an AR/VR designer is like knowing your way around Adobe CS as a mobile/web designer. It’s the first job requirement – the core technical skill. As an AR/VR designer, Unity will be both your early-stage rapid prototyping tool, and final-stage development environment.

In the same way that Photoshop and Illustrator were photo and print tools co-opted for the purposes of UI design, Unity at its core is a game development engine. Because it can simulate the physical and visual properties of 3D space, the past few years have seen Unity grow from a niche tool for video games into an industry-standard platform for 3D interaction design. If you’ve tried a VR or AR experience, there’s a strong chance it was designed and developed in Unity.

Block off a Saturday afternoon, and follow Unity’s Roll-a-Ball tutorial end to end. It walks through the entire pipeline of creating shapes, changing colors, scaling and orienting objects in space, organizing a project, and recognizing user interactions. Disclaimer: when it comes to designing for AR/VR, there’s a bit of scripting involved. If you’re a designer who avoids code at all costs, check out Unreal Engine’s node-based interaction platform.

Unity is already well on its way to providing native support for all major AR/VR headsets. In other words, any 3D experience you design in Unity will be instantly-viewable on VR headsets like Oculus Rift, HTC Vive, or Cardboard, and AR headsets like Hololens, Magic Leap, or Meta. Until this native support is streamlined, however, you’ll use SDKs (plugins) to bring your project into VR.

The Google VR SDK for Unity is a great place to start. Google’s plugin makes it easy to make your Unity project Cardboard- and Daydream-compatible. Don’t own a Cardboard viewer? Buy one – it’s the lowest-cost way to start dabbling in AR/VR design. Follow Google’s Getting Started tutorial to learn how to take your Unity project and port it to your iOS or Android phone, to be viewed on your Cardboard headset.

Chances are, your city already has meetups for AR/VR enthusiasts. The creatives who convene at these meetups are pioneering the AR/VR design discipline, so it’s a good idea to become a regular at these events.

An AR/VR meetup is much more than a networking opportunity – it’s the best way to cut through noise and learn best practices. When I was getting started in VR, I was unsure which interaction design tools to prioritise: Quartz Composer, Three.js, WebVR all seemed like relevant tools. Going to my local meetup, and talking with developers about how they built their own VR experiences, helped focus my learning in the right direction.

At a meetup, you can casually hear from developers about their workflow, challenges, and solutions when building AR/VR apps. Many meetup groups also maintain active Slack channels, where you can get pointed answers to your Unity questions from other members of the group.

At this stage, many AR/VR meetups are synonymous with ‘game development meetups.’ If you’re not coming from the gaming world – I wasn’t – don’t let this turn you off. As AR/VR designers, we have a ton to learn from folks who have years of experience in the 3D interactive space. Some of the toughest challenges designing applications for VR – lighting, scale, asset pipeline, performance optimisation – are the bread and butter of game designers. Why not learn from their expertise?

Just as important as developing hard skills in 3D interaction design is developing the ability to imagine outside-the-box AR/VR interactions. Many designers are already opting for the mindless task of porting over 2D interaction paradigms in the form of screens, menus, lists, and buttons. But with a little thought, AR/VR can be much, much more.

Both are creative apps that need to provide the user with a palette of tools to build an original 3D piece of art. The Tiltbrush UI is a somewhat clunky implementation of 2D UI concepts: flat buttons sitting on flat menus, a text-based interface. It’s easy to learn, but only because it looks like the menus we’re already used to in 2D space.

Fantastic Contraption, on the other hand, takes a more imaginative approach. Users can pull tools out of their ears, out of their mouths, or from a pincushion cat named Neko that follows them around as they build. It’s a creative extreme, but anyone who has played Fantastic Contraption can speak to the ways that it breaks the mindset of traditional menus, and pushes us to reimagine the “standard” interactions of today.

Take a stance on AR/VR design. Think about what it should be – not in three-five years, but in 20-30 years.

Maybe you feel that the world would be better if virtual and physical worlds flowed together seamlessly; or, maybe you fall in the no-UI camp, and would prefer life without the visual clutter of digital interfaces. AR/VR is positioning itself to replace all other forms of digital interaction, so let’s start designing it like it’s the platform that our kids and grandkids will grow up with.

Next time you’re in a meeting, reading a text message, walking to a restaurant looking for directions – stop and ask yourself, what am I doing? How could this task look different in AR/VR? More importantly – how should it be different?

Don’t underestimate the power of deliberate self-reflection and limitless ideation. Breaking out of the 2D paradigm begins in the mind, and is a quiet but powerful step towards designing AR/VR interactions that truly improve the human experience.

The author Aaron Faucher is a UX/UI designer focused on mixed reality and affective computing. He teaches UX/UI for AR/VR in Chicago at DESIGNATION, and heads design collective Good Age. Follow him on Medium here.

[Proto.io is a mobile app prototyping tool used by entrepreneurs and startups to create fully-interactive realistic prototypes that look and feel like real apps.]

From 5G Smartphones To JioBook: 5 Things To Expect From Reliance’s 44th AGM Toda...