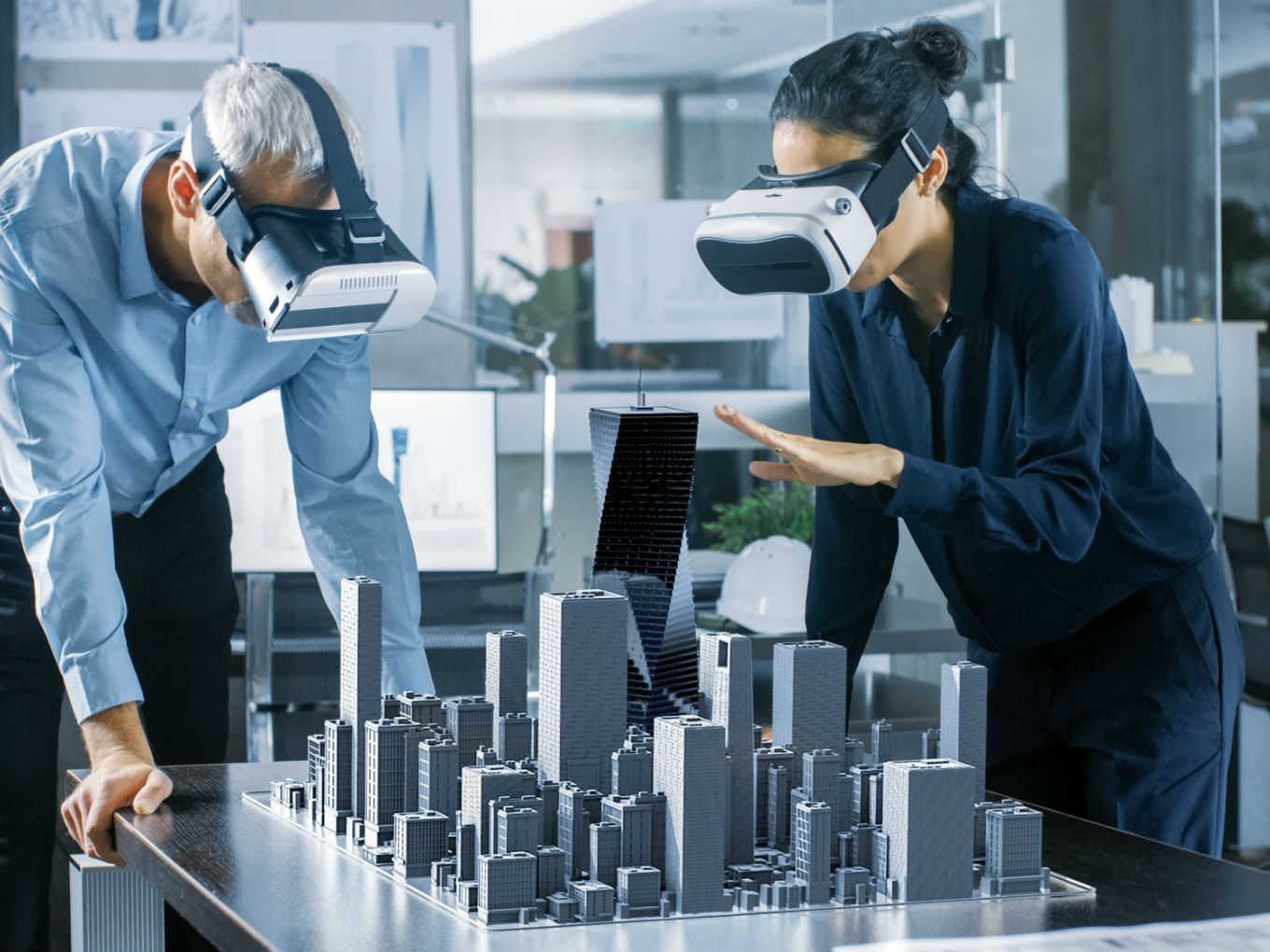 In the last few years, only about 170 startups have emerged in the AR/VR space

By 2020, the three most prominent markets for AR/VR technologies would be entertainment, manufacturing and healthcare

AR/VR is not just a business vertical, but also used in other businesses

It seemed like just yesterday when your newspaper asked you to download an app that could turn its photos into short video clips. The Alive App was the first milestone in India’s technology consumption that brought Augmented Reality (AR) into many households. Virtual Reality (VR) wasn’t far behind. Since then, this industry has seen tremendous growth and stands to be valued at $153 Bn by 2020 in India.

Not long ago, we began creating content on a new kind of canvas- reality. Whether it was by transporting you into a new realm without you ever having to buy a plane ticket (like VR) or overlaying your own reality with elements that didn’t exist previously (like AR).

The AR/VR industry in India is at a nascent stage. In the last few years, only about 170 startups have emerged in this space. However, in the next five years, this industry is likely to see a compound annual growth rate of 76%.

Today, there’s an everydayness to augmented reality. It comes in the form of social media filters, games like Pokemon Go, and even promotions for films and products where a static poster comes alive through the lens of a smartphone camera.

We’re not very far from living a Black Mirror-esque future. It’s not that AR/VR technology is going to become cool and scary, it’s that it has the malleability to be used in every industry.

Adding a whole new dimension to reality itself can solve all sorts of challenges for every process in every industry. Here’s what some of that looks like:

Merxius Software allows people to study an aeroplane engine virtually. They use the technology of Extended Reality to propel engineering education. There aren’t many expensive engines that you can pull apart to study again and again. At least, not until now.

The same goes for studying the human anatomy. How many corpses will it take for students of medicine to perfect their understanding of the human body? After the application of VR, the answer is probably ‘zero’.

Imaginate Software Labs is another AR/VR-based technology startup provides enterprise solutions like the virtual trial room, the best bet for the e-commerce aggregators who are tapping into US$ 200 Bn(by 2026) e-commerce opportunity in India.

Some startups, like LoopReality, create solutions that disrupt processes across multiple industries. LoopReality’s solution helps assess a potential employee’s strengths and weaknesses under various stress conditions, by virtually putting them in different environments and having them ‘play’ their game. Unlike a pen and paper assessment, this solution can accurately report on a person’s physiological and psychological responses.

Why The Time Is Right Now?

With the advent of 4G and budget allocation of INR 10,000 Cr for telecom infrastructure in a mobile-first internet market like India, the time is right for AR and VR to become so pervasive that the ground reality of what the common man can achieve grows beyond what we have been able to imagine.

India ranks third globally for technology-driven product startups. According to NASSCOM 2017 startup report, the startup base is around 5200 tech-based startups with 7% growth YoY. Of them 28% are health tech, 31% are fintech and 13% e-commerce/aggregators. The one thing that all these startups will have in common is how they will be driven by AR/VR technology.

AR/VR is not just a business vertical, but also used in other businesses. Byju’s, the EdTech company is an example of how VR based technologies are the new direction to experiential learning.

India is currently at the stage of solving pressing problems, in an entirely fascinating way. The future is bright, not just for the economy but also for new inventions. The definition of innovation and disruption in India’s startup ecosystem may well see a significant shift as businesses that focus on technology-driven consumer models attract substantial investor dollars.

Just like the PC and the internet, the next technology to occupy the DNA of every business is undouobtedly AR and VR. In 1964, Marshall McLuhan, while elucidating theory in media stated that “the medium is the message”. Time and again, this has played out in terms of creating new possibilities for the way the world works.

Just the way the internet made way for cashless payments, AR/VR has the ability to alter realities in tangible and (literally) visible ways. Whether it looks like science fiction, driven by function, is as frequently used as the mobile phone, or integrates audience that previously had language barriers, is entirely up to how we want to design our world.