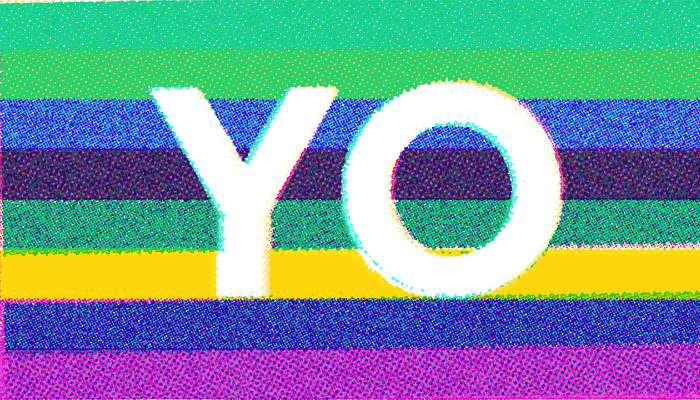 The zero character messaging app “Yo” has been making waves for the last few months by raising $1.5 Mn in funding. The mobile app, available on iOS store and Play Store, is ludicrously simple, it allows a user to send a “Yo” to each other. The first time it was submitted to the app store, Apple rejected it on the grounds that it lacked substance. Yo’s own creators were uneasy enough about being associated with Yo that when they launched it, they didn’t put the name of their software company on it.

Yo has been downloaded two million times, and its 50,000 or so active users have sent more than four million Yos. If Yo is a novelty app, it’s the most successful one in history.

Now, one must concede the app is very polarising, either one loves it or hates it, there’s no inbetween. And the response to this development has been quite unusual, with a high level of criticism but most critics view it as a flash in the pan.

People who were taken aback by the addictiveness of the app and even called it as “dumb but highly addictive”, and taking cognisance of the fact that the app was developed in a few hours.

With the rise to prominence of this app, one wonders, the utility served by this app and whether this provides a sustainable user value or is simply a new fascinating thing on the block.

Human communication has been a very mysterious domain and to interpret trends and apply foresight in this domain is very challenging.

So, it’s best to take a reference to history and refer to the evolution of different communication formats & technologies and the structural changes in society that encouraged or got catalysed by this transition.

The greatest shifts in human communication happened, when we moved away from a purely oral form of communication to text based communication. This transition had such wide ranging ramifications that this effect in change affected all spheres of human activity, from how we bring up children to how we earn our living to how we transact business. This cascaded into massive re-organisation in society.

The textual format was used to dissipate information, and slowly a business model in the form of advertisements & classifieds emerged which facilitated the formation of a highly organised production and distribution network for information. Gradually other formats, like drama, novels, academic papers, comics, the paperbacks & pocket books started taking shape.

The internet can be equated in a similar way to the transition of human society to a the digital sphere. What started as a playground for researchers turned to be the greatest facilitator of human communication. The evolution of search engines, the formation of mailing lists, development of topic specific online groups marked the rapid adoption of this technology. With time the eco-system, split into several sub-networks, social network(Facebook) the professional network (LinkedIn) and topic/interest specific networks (Pinterest, StackExchange, Behance etc), this split facilitated the typical communication and discussion needs for the intended audience.

A similar split in the eco-system of mobile apps was visible, users wanted a single app for a single specific activity. So, Whatsapp was meant for developing countries where the cost of a mobile message was quite significant and it fulfilled a critical need of individuals to stay connected. So also for Instagram.

Variant Use of the Missed Call

If we are to project the development of the ‘Yo’ app, we need to remind ourselves of another phenomena that has been brewing under our feet, the growing use of missed calls, more in the developing world.

1. In Bangladesh, missed calls account for 70% of cellular traffic at any given time

2. COFAI estimates the loss tho telecom service providers at 20-25% due to missed calls. As very often missed calls are used to conduct a poll with users.

One can always reason that a missed call is only used for the zero cost attached with it, but in the digital sphere, the zero character messaging app can serve much broader purpose, which the missed call fell short of catering.

Yo isn’t what it has been widely misconstrued to be. It isn’t definitely a simple messaging app nor is it a social network. “It isn’t even really a place to “Yo” your friends, though early adopters say they use it to let others know they are thinking of them.” says the founder.

At the risk of sounding like I’ve lost my mind, I’m here to tell you that Yo can be even bigger than the likes of Twitter.

Here’s why Yo is important: Yo provides any person, business or Web service direct access to the notifications tray of your smartphone. Every time we glance at our phones, these are the alerts we see on our lock screens, and they also interrupt us whenever we’re doing anything else on our phones. Alerts, or so-called push notifications, are the most valuable property in the entire media universe, considering how often the average smartphone owner glances at his or her phone.

You might me thinking, ‘How’s a single Yo sent from a random user, carrying no information other than its source and the time of day that it was sent, convey anything more.

While this might be true right now, this will all change in the next vertion of Yo, which will be rolling out in the coming weeks, and will include a number of improvements that will turn it into a real messaging and notification platform.

Yo’s next iteration will let users send a link along with their “Yo.” And a forthcoming service that lets any person connect an RSS feed to Yo means every blogger, website and media outlet on earth will be able to send push notifications to their followers, including links, whether or not they have downloaded a corresponding app. I wouldn’t be surprised if “subscribe via Yo” became a button on articles alongside Facebook and Twitter share buttons.

Besides this, other improvements are coming to the Yo app, including profile pictures for Yo users, and the option to display to followers a person’s or organization’s real name instead of their user name.

Yo is even getting an app store, of sorts, where services that integrate with Yo will be featured. This will lead to a number of real world services built on top of Yo which can utilize it’s massive number of users. Atleast that’s the plan.

Sure, you could get these notifications via a text message, but many people don’t want to hand out their phone numbers to just anyone. Also, in most of the world carriers charge per text—hence the popularity of free messaging apps such as WhatsApp.

Yo’s team now includes 10 part-time and full-time employees, eight of whom are engineers. In various so-called hackathons, they’re invited to come up with new uses for the Yo protocol, which is how its bike-sharing and user-authentication applications were thought up.

The question for Yo’s founders is whether Yo can build enough momentum to capitalize on the fact that they were the first to be willing to create an app so simple, so “stupid,” that no one else had thought of it previously.

Of course, the domain that “Yo” app tries to create is a virgin territory and it taps into one specific need of individuals, to get an immediate response from friends or send an immediate notification.The potential for this app is huge as evident from the different Apps that have sprung up around it.