Co-founder Model: A De-Risking Strategy Or Investor’s Mirage Of Success

Co-founder Model: A De-Risking Strategy Or Investor’s Mirage Of Success 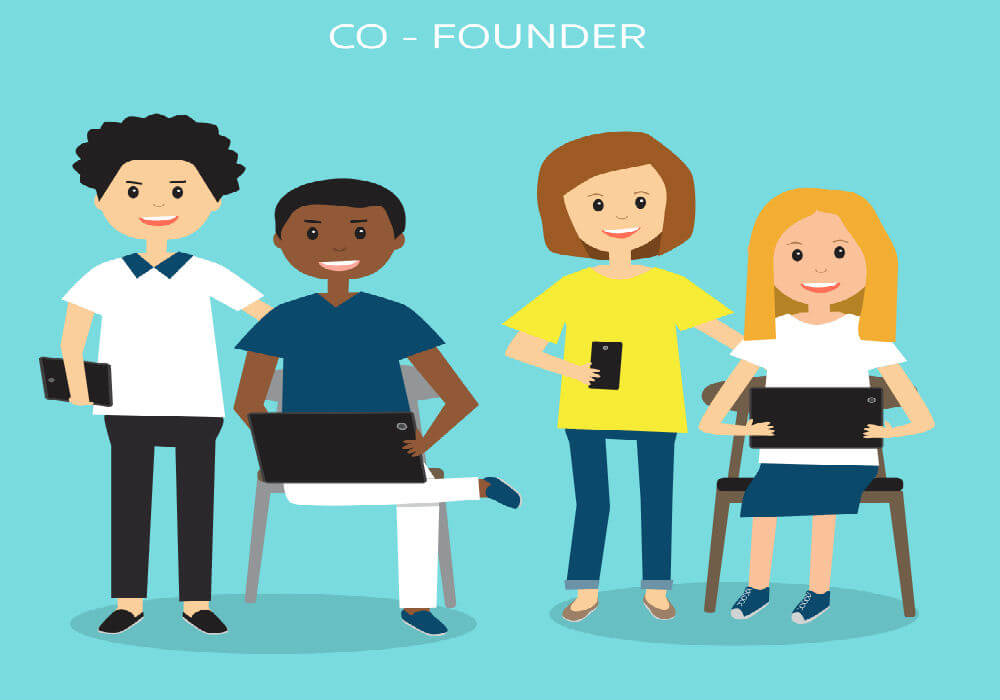 Steve Jobs- Steve Woznick, Bill Gates- Paul Allen, and Sergey Brin- Larry Page; and then you have the likes of Larry Ellison, Jeff Bezos, Mark Benioff, and, not to forget, Mark Zuckerberg. You can certainly have your pick, but it’s hard to discern if the solo founder model is inferior as compared to a multiple founder one.

Even for the businesses started by a bunch, such as India’s very own Flipkart, Zomato, Snapdeal, or OLA (yes, it had two founders) does seem to have one man leading the proceedings. Needless to say, the Marwari family businesses, which have survived for multiple generations mostly have one man (typically so) ruling the roost, till his son takes over the reins.

And yet, VCs and Angels alike look for a co-founder model as a de-risking strategy.  Why?

Let’s start with the fundamentals of de-risking, which seems to be the primary objective of investors, and not so much the economic impact (unfortunately). This overt focus on covering the downside, and an almost blind belief that multiple founders would somehow contain the risk might be unfounded. Technically, risk in a portfolio reduces only when the invested-up entities are loosely correlated, or at best, unrelated.

If the argument were to be extended to a startup, what are the odds that the two or more individuals, the so-called founding team, have their temperaments or skills unrelated, or loosely related? The very fact that they gravitated towards each other to create something of substance (at least on paper) depicts a high degree of mutual affinity. On top of this, the investors add their own chefs into the bargain and end-up making a simple recipe complex and eventually distasteful. Remember the scores of Marwari and Gujarati businesses thriving without any external intervention, or perhaps because of that. So much for the need of a co-founding team.

Notwithstanding that the team must share a passion and a belief, and bring complementary skills to the table (which only gets discovered with time), it’s not clear as to why such a talent can’t be hired subsequently. With an upstart navigating through the maze of uncertainty, won’t it be wise to invest as when the skills are needed?

Look at Wipro for that matter, where Premji always maintained a disposition of hiring professionals and promoting talent from within, and to maintain a lion’s share of the company. Contrast this with over half-a-dozen co-founders that Infosys had, which for several years played a sort of musical chair to finally bring in someone from outside to realise that their incumbent talent wasn’t up for the task. Both are equally successful companies, albeit Wipro generated a far greater number of entrepreneurs in the process and that’s by empowering the next rung.

In fact, one of my mentees, Rohit Bagaria, the founder of the re-commerce startup Budli, notes “I haven’t missed a co-founder. With the panel of external advisors and team members, I am well able to get my ideas validated and ratify my approach. However, the investors in India view a single person startup as a red flag. That’s often disappointing”.

Can I then propose that a pursuit of a co-founder may come at the cost of developing and promoting talent from within? Looks like the case as we see around, both at India and the west, where talent management largely shapes the fortune of the company in the long run, whether it’s externally funded or not.

Ravi Shankar, the co-founder of NumberNagar®, a learning solutions provider and the company I have been mentoring for over last one year now, draws insights from his network of advisors and mentors. On the question of having a co-founder, Ravi opines, “whether you have a founding team, or you are by yourself, you have to have the humility to recognize the tremendous talent available outside and the courage of engaging with the talent in a systematic manner. Different stages of growth call for different skills and nothing beats the collaborative mindset to engage with such skills.”

Here we go. One is a solo founder, and another had a founding team. And both rely extensively on the extended network of advisors. So not having a co-founding, may not be such as big handicap after all.

So, my advice to the entrepreneurs would be to not get too bothered if you don’t find a natural alliance, instead look out of your comfort zone to attract and develop serious talent. If it’s eventually about equity sharing or giving away ESOPs, it’s the same where the person started with you or joined in later. The idea is to not over-invest right at the beginning.

As for the investors, having multiple people at the helm doesn’t guarantee any de-risking, except that the speed of decision making and risk propensity surely gets a hit. If you are truly a strategic investor, bring in your own person to complement the founder, and that should work as well, if not better than a co-founding engagement.