Going Cashless: How India Can Fully Realise The Promise Of A Digital Economy

Going Cashless: How India Can Fully Realise The Promise Of A Digital Economy

A Digital, Cashless Economy Has Several Benefits In Terms Of Transparency, Security, Efficiency, And Convenience 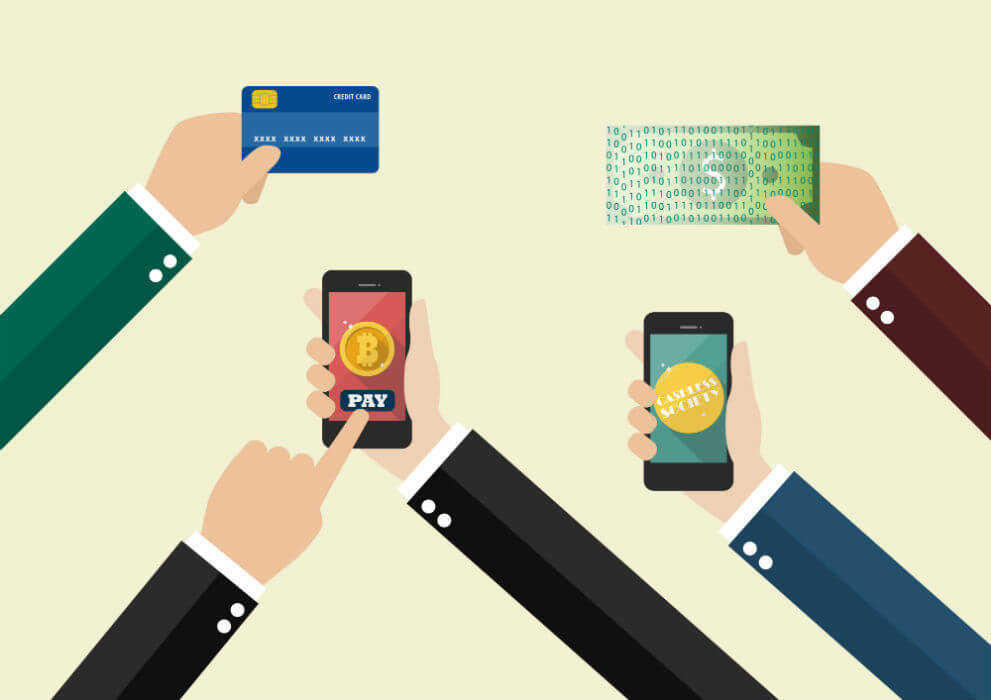 The demonetisation move of November 2016 has had many different consequences, and there is much debate over whether it has been beneficial for the Indian economy or not. However, one of the only results that have been largely positively received is the fillip it provided to the progress towards a digital, cashless society.

Coupled with Aadhar and the wide availability of digital payment options, the foundations for a fully cashless economy in India have been laid. The India Stack, a series of secured and connected digital networks and systems, allows citizens to transact with each other with just a fingerprint or retinal scan from Aadhar.

Forbes has recognised this collection of factors as being the framework for a new digital network for a smarter India of tomorrow.

The factors that favor this development have changed rapidly over the last few years. For instance,

Challenges On The Road To Becoming A Cashless Society

The vast Indian economy which supports and supplies its gigantic population has its own momentum and inertia. While the policy moves and technological developments have made a cashless system possible, it is still far from easy. For the Indian economy to become cashless, every conceivable use of money today must have a digital equivalent or method of purchase; in other words, every shop, merchant, and commercial company that sells to consumers must be able to receive payments digitally.

Urban retailers and consumers find the shift to a digital system far more convenient than their rural counterparts, who lack point-of-sale (PoS) card systems or digital payment accounts. Companies have piggy-backed upon the impressive penetration of cellphones into the Indian market, and e-wallets are a great way to cost-effectively allow for this technology to reach every corner of the nation.

In such scenario, access and security are the biggest challenges before the digital India movement. Aadhar information is suspected to have been vulnerable at various points in time, and 30 Lakh debit cards were compromised recently, causing substantial chaos. Even commercial players like MobiKwik recently lost over $2.9 Mn (INR 19 Cr) due to a technical glitch, implying that all manner of vulnerabilities could exist.

By and large, the commercial players in the space have shown remarkable diligence in creating robust systems. However, they will have to continue doing so to reassure skeptical Indian consumers. In terms of access, even the rapid growth in mobile phone and internet penetration has been unable to deal with India’s massive population.

Even though the number of mobile subscribers has recently crossed a billion in India, the smartphone user base is still only at 300 million. Internet penetration in India will double to over 800 million by 2021, but this would still represent only around 60% of the Indian population.

For India to meaningfully realize the promise of a digital economy, it must make a serious effort towards increasing the access of people to the India Stack, and account for the fact that many might not have internet access or smartphones. It must also develop stronger systems to protect against fraud, theft, and crime.

But is all this effort worth these teething pains? Why would a digital economy be better for everyone?

Richard Thaler, the recent recipient of the Nobel Prize for economics in 2017, had praised demonetisation, stating that it was the first step towards going cashless. A digital, cashless economy has several benefits in terms of transparency, security, efficiency, and convenience.

At the most basic level, moving towards a digital economy will save the exchequer the massive cost of printing large numbers of banknotes. The cost of setting up a technology-driven digital system might be high in the first instance, but it would be a one-time cost in comparison to constantly reprinting currency. A digital economy would also obviate the problem of counterfeit currency, which caused substantial economic loss before demonetisation. Even after, several well-publicised instances of fake INR 2000 notes being made caused much confusion amongst citizens, and a digital economy would handily avoid this problem.

India’s informal economy and the specter of ‘black money’ being present in it has long presented a challenge to the government. Tax avoidance and money laundering have led to massive problems and increased the burden on legitimate taxpayers. A cashless economy would ensure more funds being paid as the tax because the electronic record would prevent underhand transactions, and consequently reduce the reliance on high direct and indirect taxes.

There is another benefit of going digital. Today India is also plagued by a huge demand-supply gap in credit to Individuals and MSME sectors. Estimates put the gap at about $46 Bn (INR 3 Tn). Compared to the huge population of India we have only three crore credit cards outstanding in the country.

One of the main reasons why supply of funds has not caught up to meet demand is because traditional financing entities give loan or credit to only those individuals who have a track record of regular income and payments.

That is why today a guy who sells groceries on a ‘thela’ cannot access credit through the formal channel because all his dealings are in cash and there is no visibility for the lending institution into the credit appetite of this vendor. If the vendor started to collect money through digital means like a wallet, this would create a track record of cash flows and this, in turn, would make the individual eligible for loans.

Another way in which new age innovative companies are helping the cause is by giving microloans to people in a digital manner and helping bring many more people under the formal financial network. They are able to lend to these individuals because of diversification benefits and the small size of individual loans. The small size of loans is not affecting the economics of lending because technology is helping these companies scale their books at much lower costs than traditional lending companies. As the borrowers start to pay in time he/she creates a track record in the credit bureaus which in turn make them eligible for larger loans from the former channels.

The Watal Committee was set up by the Indian government to lay out the next steps to achieving a digital and cashless economy and spoke of the policy moves that would be required to deliver full financial inclusion in the next few years. The focus on including those currently neglected by the banking system of India is definitely required, as substituting for something as ubiquitous as cash means that the alternative would need to be accessible to everyone. Setting up an open platform such as the Unified Payments Interface (UPI) will greatly ease the process, as commercial entities will be able to capitalize on India Stack, UPI, and Aadhar to ensure interoperability and ease of access.

However, the most important stumbling block – limited internet access – is yet to be adequately addressed.

Two-thirds of India’s population still resides in rural areas, where digital transactions are far from being common. 92% of debit card transactions in India are cash withdrawals from ATMs – indicating that there is much ground to cover in changing mindsets and reducing the importance of currency. USSD – a platform that allows users to transact securely through SMS – is an important tool to improve the acceptability of digital payments in rural India. Further, the Indian government must make a concerted effort to educate and increase awareness of the use of these platforms. It is already providing cashback incentives on the BHIM app, which is a welcome move.

The next few years will be absolutely crucial in determining if India can cross the gulf and make its economy truly cashless and digital. Encouraging mobile phone adoption or finding other means to ensure that all citizens are connected to the India Stack, either through the internet or on mobile systems, is a vital first step. Ensuring a robust security system to protect information and prevent crime is the second. In the immediate aftermath of demonetization, one thing is clear – India has never been closer or more geared towards going cashless. With the right moves at this important stage, we can look forward to a digital economy that will bring its benefits to all Indians.